Who Is the Iowa HS Wrestling GOAT? PART 2: The Case for John Meeks, DM Roosevelt 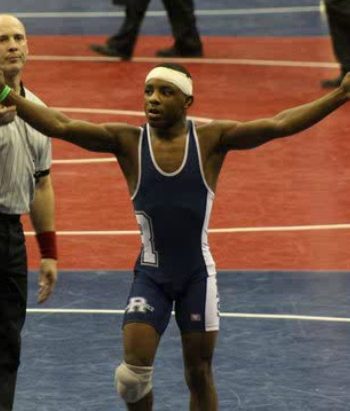 Out of the RTW articles I’ve posted so far, no one has mentioned John Meeks as the potential GOAT. This is totally beyond me, for this guy’s HS career was battle-tested and unscathed… 4 titles, 0 career losses. And he had wins vs. guys like Brandon Sorensen, Dakota Bauer, Jordan Rinken, Adam Perrin, Conner Ryan, etc. So why is he so routinely forgotten? I assume it is because he didn’t have the college career that Cory Clark had for the Hawkeyes. Cory Clark was the other 4xer in Meeks’s class and there was a considerable amount of debate as to who was the better recruit. It was inevitable that those two were going to be compared. Clark was a National Champ. Meeks was an average college competitor for the Cyclones. This should not be held against Meeks in the HS GOAT debate. There are so many life changes and factors that can affect how a guy’s college career unravels. The line is so thin when it comes to the determination as to whether a guy pans out in college or not. Eric Juergens, who is one of the most common GOAT mentions, almost quit in college due to the various stressors that accumulated for him and the only reason he didn’t was because he stumbled upon Tom Brands by chance in the elevator the night he was set on calling it quits. Brands talked him into sticking it out… Juergens went on to win two NCAA titles. Would he be considered the GOAT by so many if he hadn’t had that encounter with Brands? Not likely. No one knows why Meeks did not accomplish all he had set to accomplish in college and it’s not even relevant, for it has no effect on the FACT that he is one of the greatest HS wrestlers to ever step on the mat in Iowa. Clark’s college career has nothing to do with John Meeks. You know who had some nice things to say about John Meeks? Jeff McGinness did on Tony Hager’s podcast, Hager’s Happy Hour comment section. They are doing a great job with that, check it out on Facebook. Anyways, they were all discussing their top 100 of the last 10 years list and McGinness subtly went to bat for Meeks, saying something along the lines of Meeks’s college career not being a deciding factor and pointing out that the kid never lost and did defeat Brandon Sorensen, a 4X state champion himself and a NCAA finalist and 4X AA for the Hawkeyes. Who is McGinness? He’s the man who has the most votes for being the GOAT. He knows a thing or two about the HS to college transition. I also think he knows a thing or two about which HS guys may be better than others. He seems to like Meeks.

No one had a more unblemished, respectable career than John Meeks. Period. His legacy needs to carry on a bit. He was great.

And people need to consider the influence that his life mentor/coach, Al Garrison and coach Willie Gadson has on John Meeks’s life… also factor in that they both passed away around the same time which happened to be around the beginning years of Meeks’s college career and it may shed some light on why Meeks may have lost a little bit of bounce in his step at Iowa State.

Next post: Who Is This The Iowa HS Wrestling GOAT PART 3: Mark Schwab, Osage