This will be a new series. What I am going to do is in every one of these, I will select 5 random 3X state champions and chronicle, to the best of my knowledge, what happened to them in the one year that they did not win state… I hope to cover every one of them by the time that I’m through unless I have a pretty good idea that a person doesn’t want to be reminded of it. 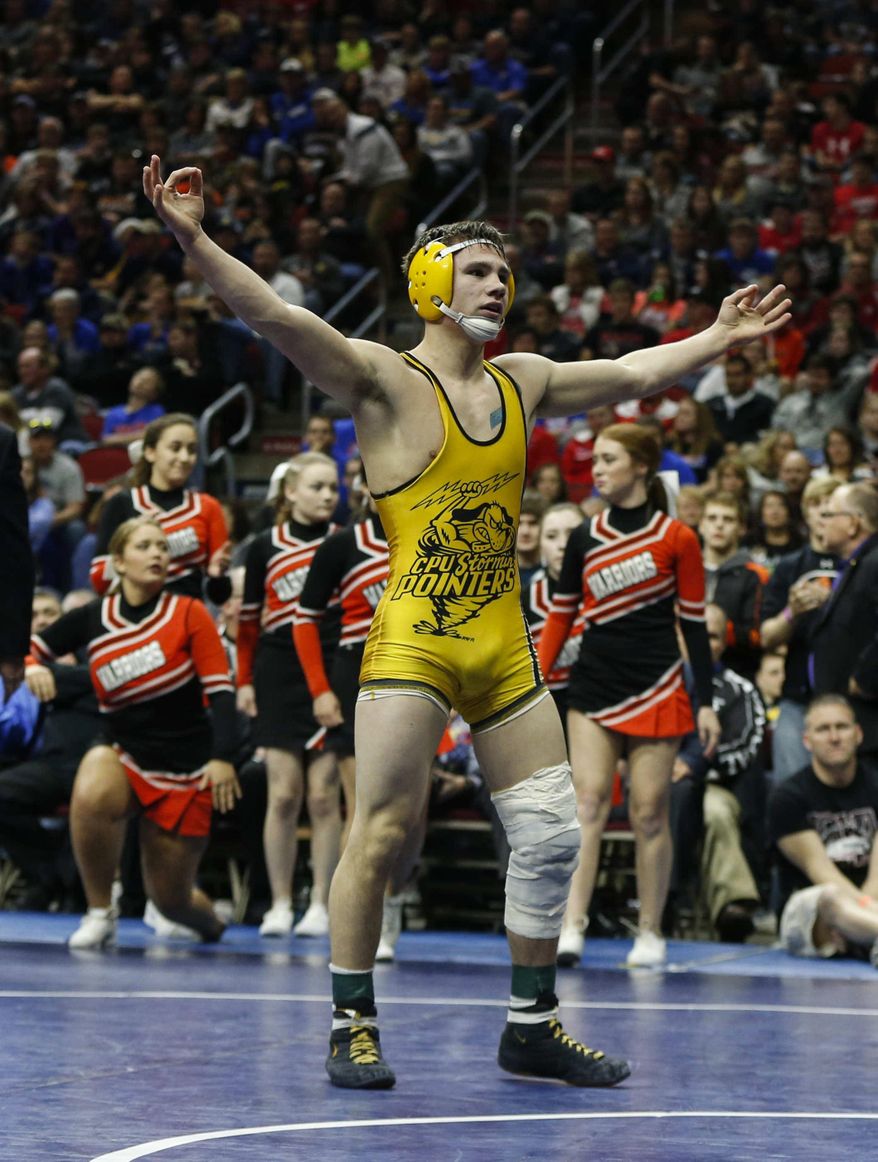 Brock won 3 titles as a Sophomore, Junior and Senior.  He placed 2nd as a Freshman to Junior, Patrick Woods of Manchester-West Delaware. Woods pinned Rathbun fairly quickly in that match, but Rathbun proved the next year as a Sophomore that not only did he belong in the finals, but he belonged in there with Woods, for he defeated him 1-2 times during the season and defeated him again in the quarterfinals at state as a Sophomore on his way to winning his 1st state championship. 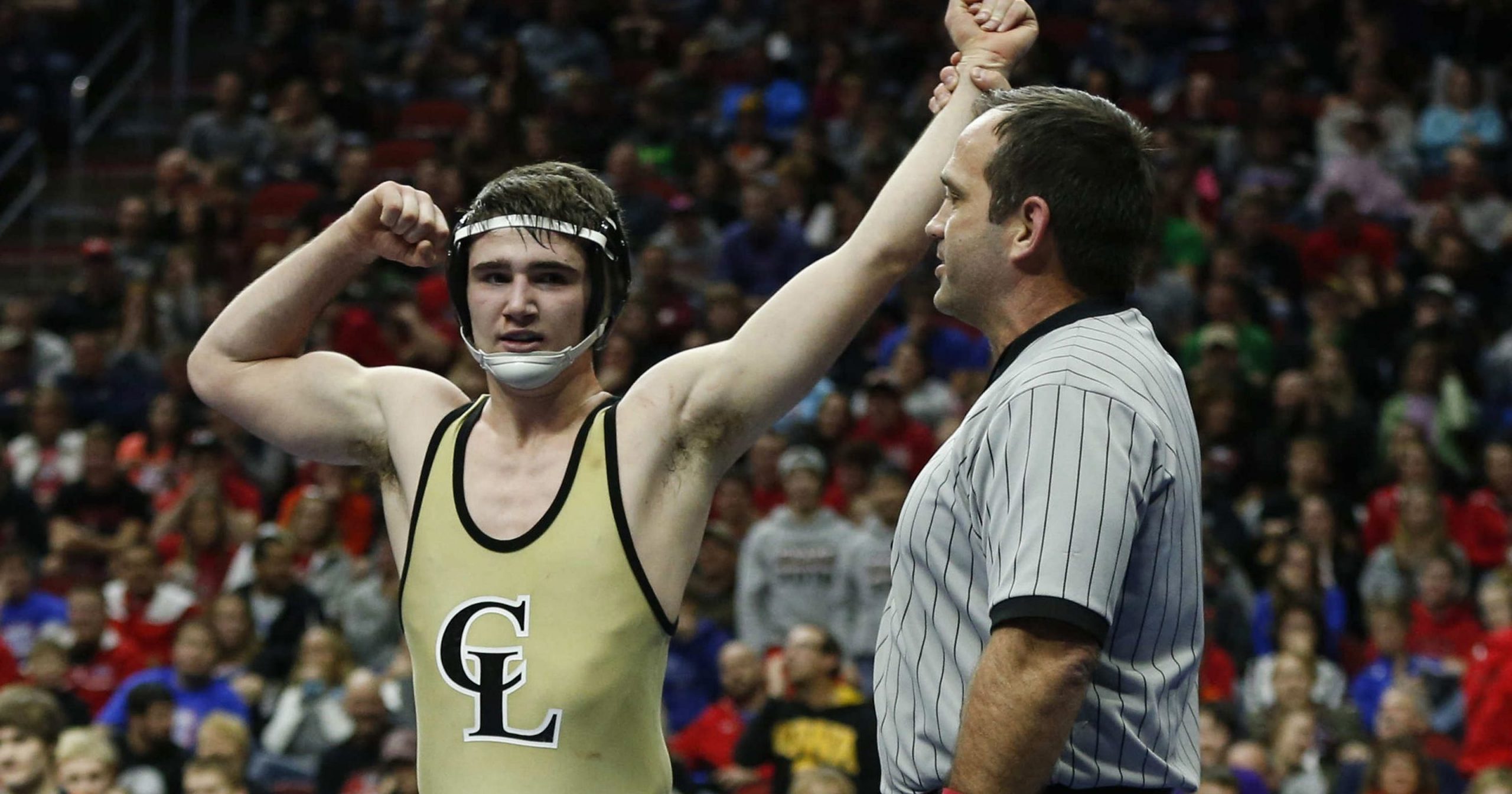 Ryan won 3 titles as a Sophomore, Junior and Senior and did so in rather dominant fashion.  The closest he got to losing at state in his last 3 years was in his finals match his Junior year against Wyatt Thompson from Creston.  In that match, Leisure infamously spladled Thompson in OT and pinned him.  Leisure was a funny dude and had epic celebrations. I miss having him around.  Oh yeah, the only time he didn’t win state was his Freshman year.  He finished 2nd to Brock Rathbun that year. 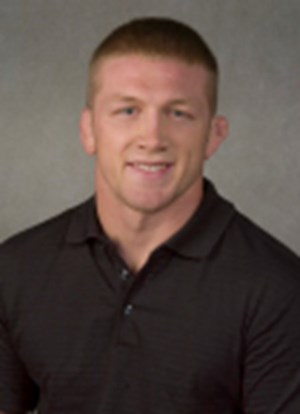 Morningstar won 3 titles as a Sophomore, Junior and Senior. Out of everyone that I have written about or covered, he seems to be the biggest fan-favorite of his age group. Everyone around his age and younger seems to really look up to him and/or considered him to be an inspiration for their own careers.  His dad, Scott Morningstar won 4 state titles. How crazy is that? A father and son combo with 7 total state championships.  Nuts!  The only year Morningstar did not win state was his Freshman year in which he was in that bracket that Senior Mario Galanakis was the favorite to win, but was upset by Freshman, Chad Beatty.  Morningstar was defeated by Galanakis for 3rd and 4th that year. I want to say that it was Justin Bohlke from Kingsley-Pierson who put him on the backside, but I could be wrong.  Bohlke won that bracket that year, though. 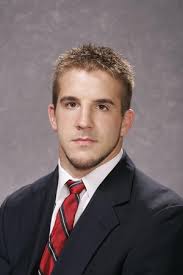 Travis is one half of the infamous Paulson twins, the other one being Trent. Travis won state as a Freshman, Junior and Senior.  He defeated the defending state champion, Brian Hessenius from Le Mars to win his first state title as a Freshman, which was a huge feat.  The only year he didn’t win state was his Sophomore year in which he placed 5th, I believe. I don’t recall who beat him in the consolation semifinals, but I know that the guy to put him on the back side was Cory Connell from IC High who defeated Travis by a score of 1-0. 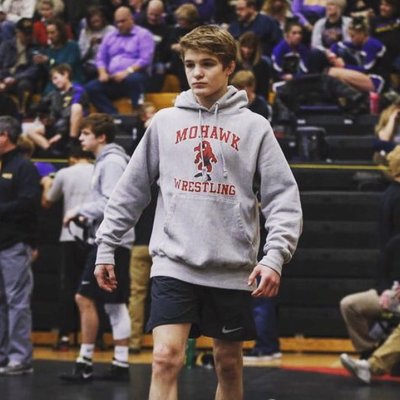 Cullan is one of the most technically sound wrestlers to ever come through the state of Iowa, IMO. One of the greatest to grace the mat in our state.  He won state titles as a Freshman, Sophomore and Senior.  He beat Drake Ayala from Fort Dodge in the finals his Sophomore season and if time sorts things the way I believe they will, that will go down as one of the best combinations of talent when you combine state champs with their runner-up counterparts.  Cullan was injured in the semifinals at state his Junior season and had to settle for 6th place.  I consider him to be as good as anyone who has ever wrestled in this state.