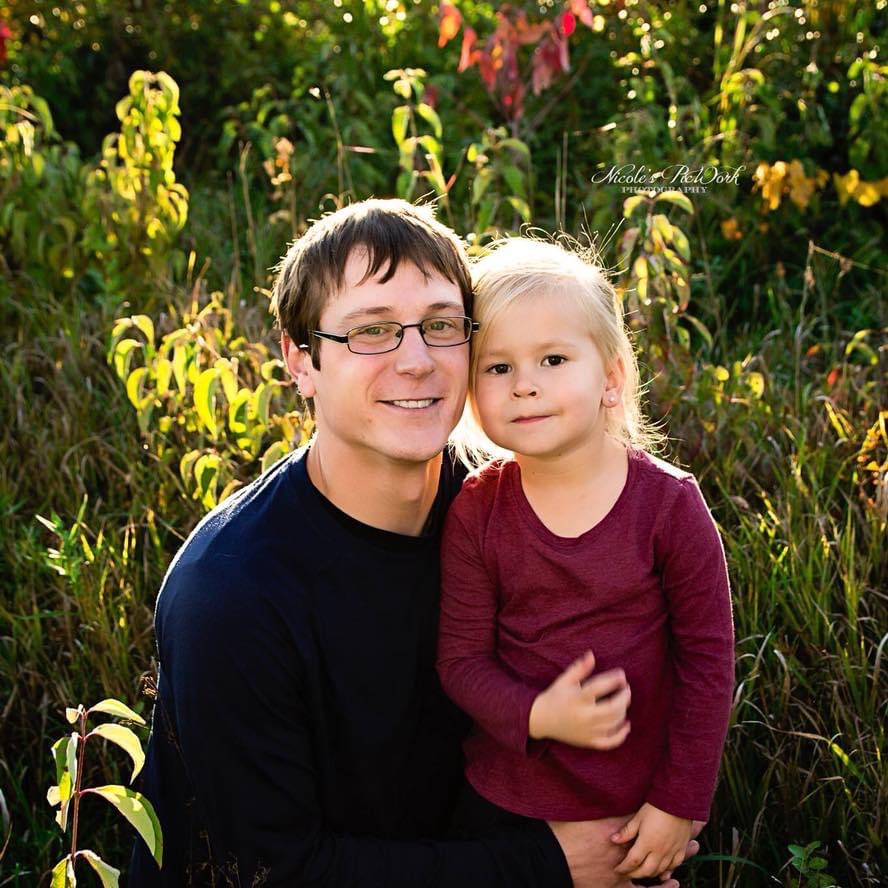 If it’s one thing I am not good at ignoring, it’s the elephant in the room. I never have been. So I’m not going to. My favorite Disney movie of all time is Dumbo, for crying out loud.

The Iowa wrestling news media outlet, IAwrestle has become… pretty big over the past few years. Everyone, even people who don’t follow wrestling, knows who and what IAwrestle is. On The Pin Doctors, I will never act like other media outlets don’t exist, for like I said… I can’t avoid the elephant in the room. And plus, each of these sites have their own niche, so when you think about it, are any of the wrestling media outlets competing with each other, really? Not that much, really.

With that said, I guarantee you that there are many people out there who when they hear the name, Patrick Makey, the thought that comes to mind is, “that’s the guy who beat Tony Hager in the finals.” Tony Hager is the owner of IAwrestle and current host of Hager’s Happy Hour (he’s doing a good job with that, btw), he’s a very public figure at wrestling events in the area and let’s face it… most wrestling fans know who he is. Anyways, so for the Potentially Dangerous addicts out there who couldn’t pinpoint where you heard Makey’s name before, you probably heard Hager talking about it. He is pretty vocal about how that loss bothered him. And really, I was pretty surprised that he ended his career without a title, for he was good. When he was in 8th grade, he wrestled against 4X HS State Champ, Mack Reiter in the finals and he only got beat by him 1-0.  I witnessed the entire match. Happened right in front of me. Going into HS, I figured Tony would win 2-3 titles. He ran into some tough guys. Makey was most certainly one of them.

The thing that stands out when you think about that bracket that year was that no one who were generally predicted to win that bracket did. I don’t think there were many people at all outside the Southwest part of the state who thought Patrick Makey would win state. Many people hadn’t even heard of him yet. And that’s no disrespect to Makey… for he obviously proved how good he was. He just hadn’t made a splash at that point yet. With 3 SEI guys; Andy Roush, Derrick Ball and Josh Knipfer (who was a youth club teammate of mine) in that bracket that year, I paid pretty close attention to that weight. Everyone thought that Andy Roush, Tony Hager or Derrick Ball would win that bracket. Heck, Mark Kist from Eagle Grove even placed 6th and he went on to win it the next 3 years. I never saw anyone predict Patrick Makey. People didn’t realize how much of a jump he had made from the season before. In fact, Hager and Makey met up once before they met in the 2003 state finals and that was first round at state in 2002. I believe Hager was close to majoring him. So obviously, Makey stepped it up a level, but Makey is a Southwest guy from Logan-Magnolia. Due to there not being any wrestling media outlets near that region of the state, especially back in 2003, a lot of cool things that the SW guys do is done to the sound of crickets chirping.

And Makey won it again the next year and looked dominant in the finals against one of my favorite dudes to participate on The Pin Doctors site, Andrew Erdman. The “Headlock King,” Erdman is a really good dude. He was the first one who suggested a Remember The Wrestler article to be done on Patrick Makey.  He obviously harbors no hostility towards Makey, in fact, he told the following interesting story on his own Remember The Wrestler article:

“A funny story. My boss and I were talking about wrestling and I showed him a picture of me after I won in the semi finals at state in 2004. He goes, “who did you wrestle in the finals?”  I said, “Pat Makey and he kicked my butt.” Turns out my boss’s cousin is Pat Makey. Too small of world sometimes, haha!”

Pretty cool. I am guessing that may be where Patrick Makey originally heard of our site and I am so glad he did for he has been really cool and helpful for us. Makey is the one who offered his 2004 VHS tape to be converted to YouTube. So to all of you who finally got to see your 2004 finals match, you have Patrick Makey to thank!

My Dad wrestled for Guthrie Center and Drake. Also, all my friends were doing it, so it was a no-brainer.

My Dad, Jim, got 4th and 2nd when he was in high school, and wrestled D1 at Drake. My brother, Andy wrestled as well and had a good go of it in the Marine Corps.

I guess most people know about how hard weight cutting is, but I’ll say avenging losses is most memorable.

Tough one. I was strong, had good enough technique, and like most, hate to lose!

Tony Hager beat me first round at state my freshman year, and I beat him in the finals my sophomore year. That was it.

Tough one here. My dad and I went over every single match tape, even if I wasn’t interested, so he’s up there. Kent Kersten is one of Iowa’s best high school coaches of all time. He ran a tough practice and always had you ready to go.

Oh yeah. For my four years we got 4th, 1st, 2nd, and 3rd at the state duals. We were 2nd my sophomore year and 1st my senior year at Traditional State. We closed out Vets in ‘05 with the 1A title.

There’s too many to name. Loved watching college duals on IPTV and always looked up to the older Lo-Ma wrestlers.

For my era, it was TJ Sebolt. Dude was a beast.

I don’t really have a favorite, I guess Spencer Lee. He’s so dominant, and seems to have a great head on his shoulders.

What was your best wrestling memory or accomplishment?
The best memory is two-sided. One of my friends/teammates, Ryan Foutch, broke his neck in the first round of state my Sr. year. Our team went on a tear on Friday getting all sorts of bonus points to clinch the title when we went home Friday night.

Dan Davila beat me 3 times my freshman year. I didn’t lose to anyone else more than once.

All year. I’d go to a 2-3 camps each summer, but I also played other sports during the school year.

I don’t know if you can compare eras. One could argue that kids are different now than 10-15 years ago, but each newer generation has all the knowledge of previous generations, so who knows.

Did you wrestle after high school?
I wrestled in the Iowa Games 1 or 2 years out of high school and won it, but that’s been it.

I like to play golf, but I’m not very good. I’ve got an almost 2 yr old and a 6 yr old, so hobbies are harder to come by.

Growing into my body and hitting weights. A growth spurt and the weight room can do wonders!

Who are some of your favorite ever SW Iowa wrestlers?

I don’t have a favorite. Oakland, Riverside had some hammers as well as Underwood. Lo-Ma had some great wrestlers too.

Do you feel good representing SW Iowa wrestling at a high level as you did?

Of course. It may come off as a little whiny, but the west side of the state gets forgotten about a little bit.

Well, I haven’t done a ton of that. I reffed for a bit after high school. I’m trying to talk my daughter into starting next year, and my son will be 2 in August so hopefully he takes to it as well.

Working hard. My wife will slap me for this, but one of my lines is “embrace the suck” which is my way of saying hard times are going to happen, but you have to put your head down and work through it.

I run a meat department for a national grocery chain.

Not at the moment. Waiting on my kids!

Any Lo-Ma guys from ‘02-‘05! We started a pretty good tradition of state dual appearances that is still going on.

Oh I’ve got plenty, but nothing I want in print or digitized!