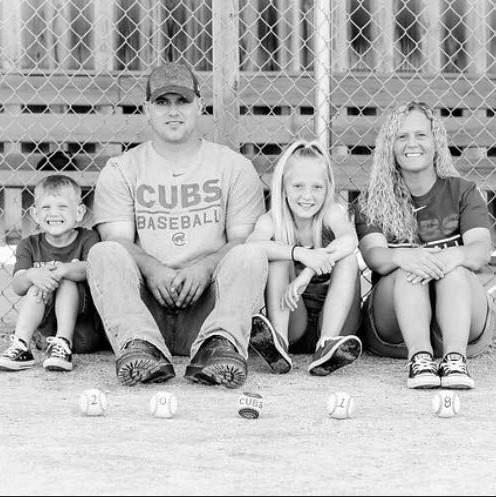 I was pretty pumped up to get back in contact with this dude to write this article. For one, along with Justin Bohlke, he had to have been the most overlooked/underrated wrestler from my era. When he won state, I felt like I had been the one that first “discovered” this guy and after he won, I think I blurted a bunch of “I told you that kid was a badass” type phrases in the crowd. Odd thing was, the crickets came back immediately after the tournament. No one on the boards, newspapers that I saw, etc. seemed to be aware of the high level this guy had reached with his wrestling game. I thought a lot about this, and I concluded that the lack of coverage that Travis used to receive was probably a combination of Melcher-Dallas being a sneaky good tournament team that sometimes went unnoticed. They seemed to have weights and phases where they were under the radar good to those not from their area. I didn’t know anything about MD. I had met one person from MD going into my Senior year and that was my Algebra teacher and baseball coach, Greg Worrall. The only thing I could pick up on about MD through him was that he had tons of MD pride. He was always following their teams and what-not. No one that I knew seemed to run into them at tournaments like Mepo did at the Pekin Inv. every year. Also, Travis was not flashy or cocky when he wrestled. He was fun to watch, a bruiser who put people away, but there was never a hint of arrogance or show-boating or anything that didn’t resemble just pure professionalism and respect. Even if he wrestled a first year guy, he didn’t give off that “it’s a foregone conclusion that I am going to destroy you and I will proceed to embarrass you by taking you down 15 times in one match” type of vibe. He went out there real business-like, took people down and pinned them when he could. Didn’t mess around and he always seemed to treat everyone with the utmost respect from what I noticed.

So how was I so “in the loop” with Travis Branson compared to the rest of the state not named Jim Thompson or Dan McCool (they knew him pretty quick really)?  Because he’s one of the toughest guys I ever wrestled. He is the youngest guy to ever beat me. He is the only guy in the class that was two behind me or younger to ever beat me…youth, HS, College…he’s the only one. And it shocked the hell out of me. I had gotten off to a hot start my Senior year. First duals of the year, I pinned a guy from Aledo, IL who went on to place 3rd at state that year. I also majored a guy from Lisbon who went on to place 2nd at state the next year. Not a bad start coming into the Pekin Invitational, which was the first tourney of the year for us. I wrecked my way to the finals and had to wrestle this mysterious Melcher-Dallas guy, Travis Branson.  To be honest, I wasn’t worried.  I was ranked like 4th or 5th and was off to a hot start to the year, so I figured I would cap off a good first week by pinning this guy in the 1st or 2nd period. After all, this kid was 2 years younger than me…I figured I’d major him at the least. Match started and I took him down with a fireman’s carry right away, but it was immediately noticeable by the way he was defending my tilt and turn attempts that he knew what he was doing. This wasn’t just some jabronie like I had been hoping for. He was good, but my age/physical maturity would probably get me by. That’s what I thought anyways…all the way until the start of the 2nd period when he got an escape and I tied up with him and he threw me straight to my back for a 5 point move. I felt like I had picked a fight with a roller coaster with wrestling rage. This Branson kid, apparently developed a “Sophomore attitude.” I wasn’t a guy to tie up with because I could throw and this kid schooled me the moment I locked up with him. I scored an escape and another TD and went into the 3rd trailing 6-5. I chose down, escaped, tied up and he threw me AGAIN and buried me. First and only time I was ever beaten by someone in his grade and he buried me. I was shocked and really pissed off. I had no idea who I had just run into, and I knew everyone… all I knew was that I either regressed to the level of a glitched rag doll OR this kid was really good and under the radar.  Turned out, the kid was really good and under the radar. I talked about how good this kid was to anyone who would listen until he won state as a Senior. It was pretty cool to see, really. I had been watching that Pekin tournament since I was a kid and every year, some of the staple teams were; Melcher-Dallas, Van Buren, Moravia, North Mahaska, Pekin, IC Regina and Davis County. It was nice seeing one of the really small, obscure schools from that tourney produce guys who would do well at state. The Branson’s, to me, are Melcher-Dallas wrestling…that’s what I always think of first when I even hear the name of the school. Good for the sport.

Oh yeah, and that Monday following the Pekin Invite, I had Algebra 2 class with Melcher-Dallas-alum, Mr. Worrall and he greeted me with a smile and said, “I heard one of Mepo’s BIG SWAFF’S ran into Melcher-Dallas this weekend!” He concluded this by flexing his right bicep and saying something like, “that’s right…that’s where studs are made!” I told him who the kid was and he said, “oh yeah, that family is real athletic and great at wrestling. You didn’t lose to any scrub there! Nope, you ran into Melcher-Dallas!”  He was just joking with me, but you could always tell that he when he spoke about his old HS, it was with a lot of love. He was proud of everything they did for as long as I knew him. I thought it was cool.

Travis Branson… one of the toughest dudes that you may not even remember. I intend to change that for those who are reading, for not including him in a recap of that era is a straight-up foggy and incomplete recollection.

Not sure who got me going on wrestling but my parents must of signed me up at a young age and I was hooked to it after that.

My boy is wrestling now he is in 2nd grade and does pretty good. He placed last year at SPW state and broke his elbow this year in the placing round at SPW state.

I did alright in my early years of wrestling. I did place, I believe once at AAU state. Always had trouble wrestling good when it counted.

Not sure on record in HS. I know I lost 1 my senior year and 2 my JR year.

1st my senior year and qualified twice before that.

My biggest struggle in wrestling was wrestling my best in big tournaments. I just seemed to choke or couldn’t put it together until my senior year when it finally all came together.

I liked to tie up and throw and was a legger.

Didn’t really have any rivals in High School because I wanted to win them all, but obviously never did that, lol.

Andy Kyner had to be the most influential coach I had. He had a way to get you ready to go before every match and make you feel confident going into that match.

We had a small team and we competed alright. Just never had the best results.

Spencer Lee is probably one of the wrestlers I enjoy watching the most.

Eminem “One Shot” my Senior year.

Probably my Jr year at the state tournament being ranked at the top and then losing and eventually not even placing after beating the guy who went on to win it at districts.

Don’t know if I would change anything about my wrestling career, for I have learned so much not only about wrestling but in life also.

Winning the state tournament was my biggest accomplishment.

I wrestled mostly seasonal as I played every sport also I did do some freestyle and stuff like that.

I would like to think we was a lot tougher then these kids are today. Something we will never know, but it’s fun to watch some of these talented kids wrestle this day and age.

Favorite sports team are the Cubs and Hawkeyes.

My hobbies are hunting and spending time with my family. We are always busy as I have a 7 year old boy and a 13 year old girl. So we stay on the move as both my kids are out for every sport.

I would say wrestling helps with every sport not just football.

I work at 3M in Knoxville.

I actually have been coaching the Little Saint youth program at Melcher for roughly 10 years now. It feels good to help teach these kids and help them in this sport that is so tough this day and age.

EDITOR’S NOTE: If you ever want someone to be thought of some “wrestling Nostradamus” that can predict the future of all things wrestling, follow what Branson does with these kids he’s coaching at MD. They are in good hands with him and I feel we haven’t seen the last of Travis’s wrestling accomplishments. It’s probably safe to make the statement, “the Branson boy is going to be awesome.” Sounds like he already is. Hell, I’ll say it here. I predict, Travis Branson’s son will be great. I’m confident with that one.

Next post: Dustin Andreasen of Audubon Commits to Graceland University