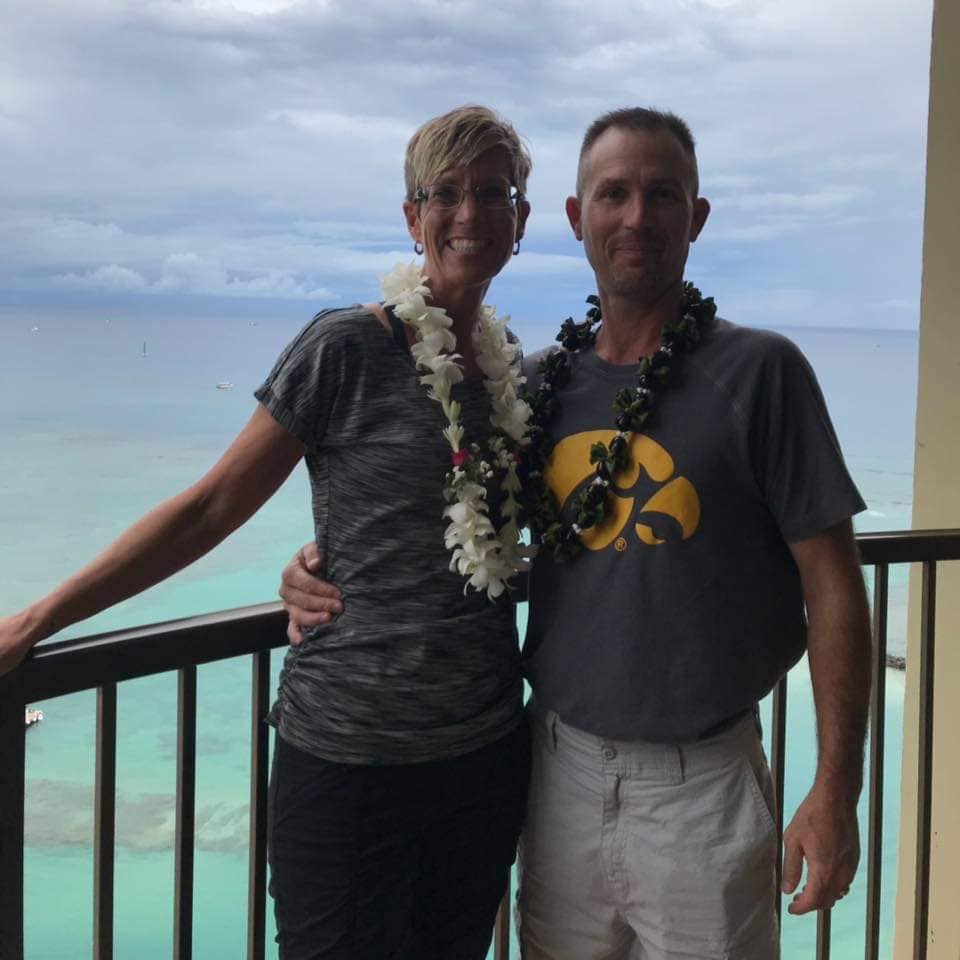 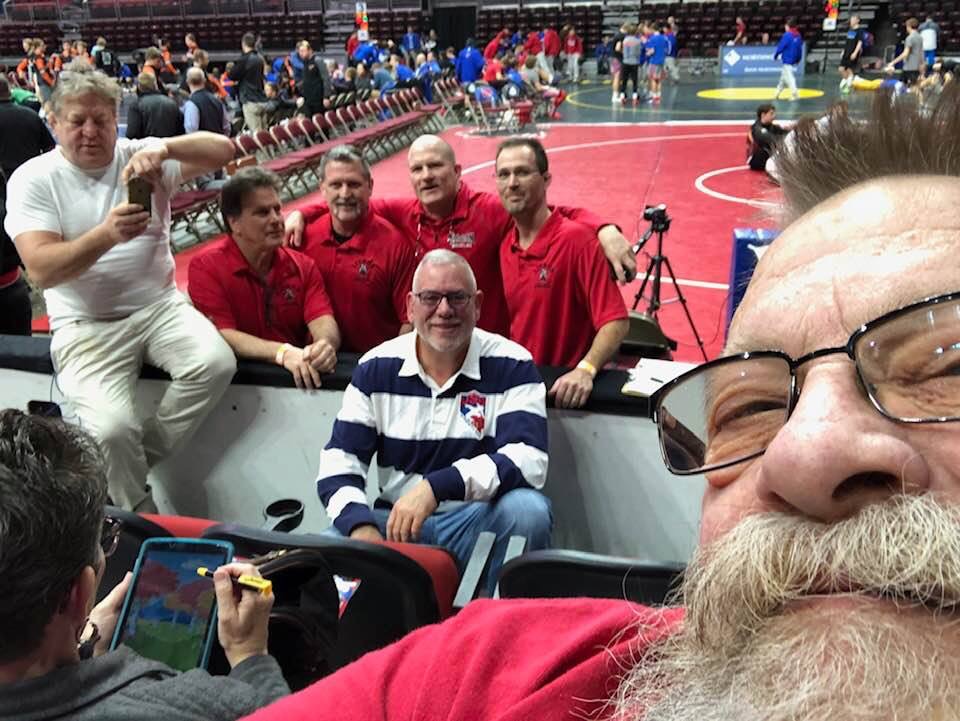 One of he craziest things about doing the “RTW” series is talking to some of these guys who were more or less… folk heroes to me growing up. Like the Light family. One of my earliest wrestling memories is going with my dad to New London HS Wrestling practices, where his brother, Brian was (and still is) the head assistant coach. Dad would work out with a guy named Shane Arnold and after practice, my Dad and uncle Brian would talk “who’s who in wrestling” (as well as their glory years, of course. The Light’s were ALWAYS mentioned as being stone-cold badasses. I didn’t understand a great deal of what they were saying at the time, but I picked up enough to understand that my dad and uncle had the utmost respect for those guys.

I had no idea, the adversity that this man faced on his quest for 4 titles. Incredible, really. And I asked 2 of the Light bros the same thing about MMA and I have no idea why that was ringing a bell to begin with, but it turns out, that totally odd and random question that you’ll notice in the article does have merit… so I must have heard it somewhere.

Lisbon had to have just loved this guy… every year there were obstacles or barriers that would result in a plethora of doubters… and every year he defied the flawed logic and kicked the daylights out of the doubters. I love it.

Our dad got us in the sport at a very young age. He had the opportunity to wrestle for Coach Al Baxter and the Lisbon program really took off from there.

Growing in Lisbon I had my younger brothers wrestling with me as well as many cousins and very close family friends. It was definitely an every Saturday event on where everyone was going. I believe we did ok back in the day. It wasn’t surprising if we would have 10 to 15 Lisbon kids at one tournament and multiple champs in every age group.

I did ok as a youth wrestler. There definitely wasn’t as many tournaments back then as there are now but we made sure to hit all the big ones. They were only held on Saturdays. We would start in early October for Folkstyle and that would go through March then right into Freestyle that would go through nationals generally in July. I won my fair share and also lost some good ones. Lots of youth rivals! Not sure if I could name them all but off the top of my head: Dan Osborne, Eric Ehlen, Matt Ostrom, Willy Short. I had quite a few! LOL

My junior year having knee surgery 12 days before the sectional tournament was my one of my biggest challenges. I just had to trust my doctor that everything was fixed and as much as it hurt it wasn’t going to get any worse. It really showed me how to adapt and improve my style of wrestling.

I would definitely say that there were 3. My Dad Rudy and Uncle George and of course Brad Smith. They were always there stepping in and helping not just me but every kid in the state of Iowa if needed.

Yeah, we had some amazing teams at Lisbon. My freshman year we ended up in 3rd place behind Don Bosco and Britt. Then the next three years we won the team title at the individual tournament. My Freshman year was the also the 1st year that the state started to do the dual tournament as well. We ended up winning the 1st two years and finished 2nd my last two years.

Being a 4 timer, do you root for some of these guys who are in pursuit of their 4th titles for you know the pressure that they may be going through? Besides the Happel’s, any 4 timers that came after you that you really pulled for?

I pull for all of them. It is a very impressive and once in a lifetime accomplishment. Knowing the stress and pressure of that final match going in is something that each one has to figure out on their own. As most of us were trained to think that its just another match (which it is in our minds) until that whistle blows you do have some self pressure that’s hard to deny. Once you start the match it’s more like business as usual.

I had two growing up and they were my cousin Vance and Greg Butteris.

I just like to watch great wrestlers compete. I really don’t have favorites. I enjoy seeing the hard work that the kids put in and watching them accomplish there goals.

Losing to Willy Short from Minnesota at the National tournament when I was I think 12.

CRAZY!!!!!! It was a battle every day and it showed in the results that we had at the youth level and the high school level. Even in the summer time freestyle camps. It wasn’t uncommon to have multiple state champs scrapping for hours. A lot got heated and sometimes even bloody but when the whistle blew it was over and we would pick each other up and go at it again.

Which state title that you won gave you the most joy? That’s tough because they were all different.

My Junior year was a struggle with the injury but my senior year finishing my season with my brothers and the team we had was amazing. It’s to hard to pick.

How crazy is it that your Junior year, you had a challenge match with Brian Stewart and then both of you went on to win state the next year? Was that a high pressure situation? He was dangerous!

Brian was tough as nails and before the match Brad even told me that if you can get past this then you can accomplish anything. That really stuck with me. At the time I didn’t really feel the pressure because of all the hard work you put in before. I would have to say if we hadn’t grown up and competed against each other for years it may have turned out different. I think I just knew how to wrestle him. He was definitely one of the guys that always pushed me and the whole team to be the best. To this day I think if you ask our team who has the best conditioning they’ve ever seen it would be him.

Actually Zach has competed in the UFC and at one point considered one of the best trainers. He trained with the top fighters in the world. Quinton “Ramage ” Jackson, Tito Ortiz, Chuck Liddell, Michael Bisping, just to name a few.

Yes Definitely! Most of the time it was the competitive side that ended up being bloody but we were always supporting each other and making each other better.

If the Light bros ever got into a fight, what was it over? Did you ever fight over food?

You name it we probably fought over it. That was on a daily basis growing up. LOL

The Light’s…Shane…Ike…Zach…your cousin Vance… am I forgetting any? Haha this is a loaded question, but how would things go in a round robin bracket with those 4?

That is definitely a loaded question. LOL I’ll plead the 5th on that one.

Who is Lisbon’s GOAT HS wrestler? There are way to many to even pick from.

I think anyone that came out of that room after going 4 years of battling is a GOAT!

Absolutely! His accomplishments on paper speak for themselves alone. But being in the room with him as one of his wrestlers and also being able to coach with him, is and always will be an amazing feeling that is to hard to explain. I have learned and continue to learn things from him all the time. It’s not just in wrestling, but using the things he has done and put them together in coaching other sports. He has a gift that’s hard to imagine on taking every athlete and getting the best out of them.

Was there a Lisbon wrestler you wanted to be like growing up?

Hands down being able to wrestle my Senior year with my brothers in the finals. Still the only time in the history of Iowa has there ever been 3 brother in the finals the same year.

Wow there are way too many to say but I feel like I was lucky to wrestle with some of the best ever in the state. I know I’ll forget some but to name a few….Dan Osborne, Matt Otten, Daryl Weber, Lance Pualsen, Eric Ehlen, Lim Prim, Kevin Hogan….

More of a technician.

Everyday you were wrestling past or present state champs.

I love to be with my wife and 2 girls. I coach high school softball at CPU, also love to be outdoors hunting, fishing, hiking.

By being able to understand what it is to be mentally tough. Knowing how to set my goals and understand that if you fail you didn’t actually fail but learned from your experiences. To pick yourself back up and keep going!

I work for Dupont as a Operations Team Lead.

It’s very fun to look at and get some great story’s and laughs.

I am currently helping as a volunteer for Center Point Urbana.

Next post: 1A Podium Pics for the 2020 State Tournament