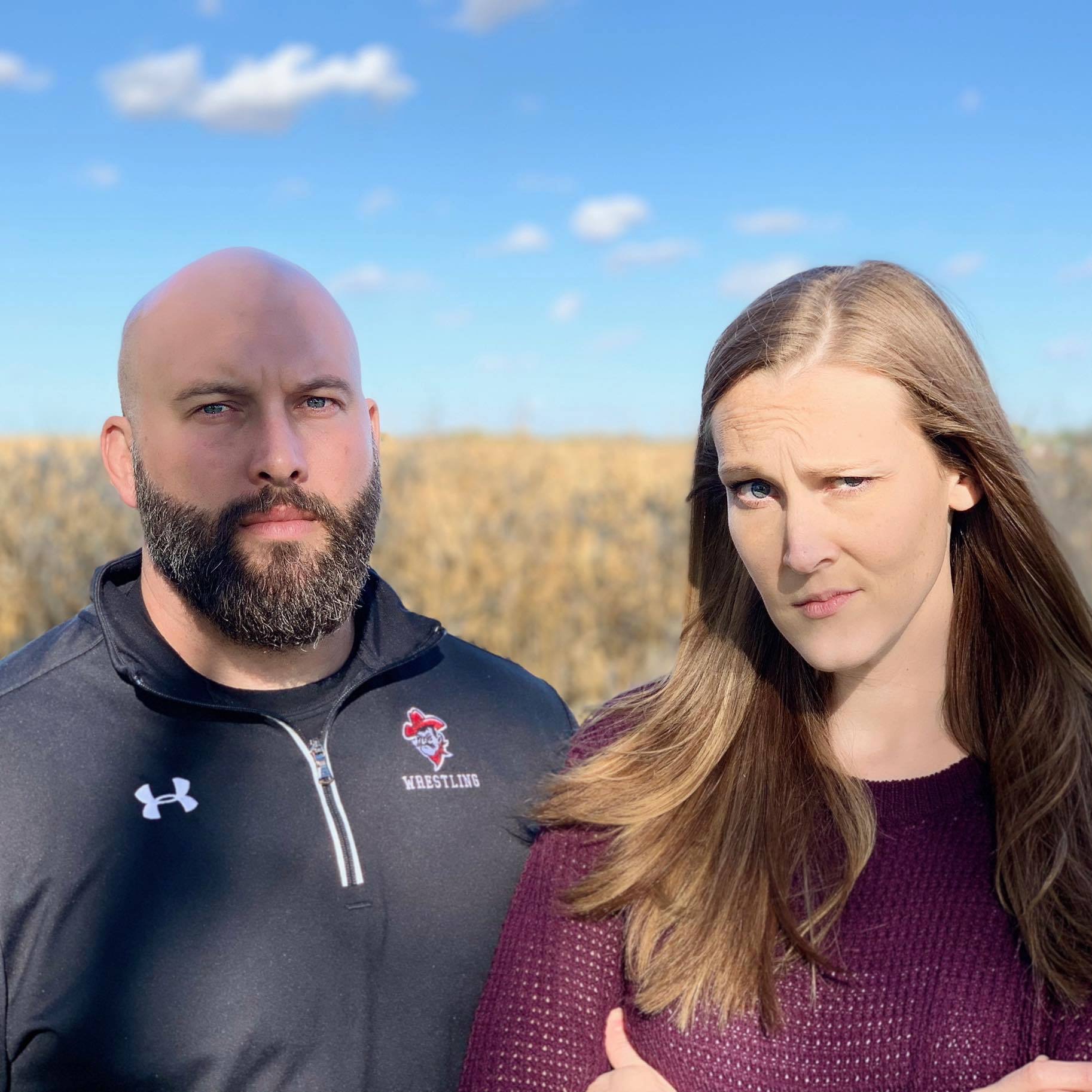 I don’t have much to write for the intro, for compiling this article is my first interaction with Jordon, but I know I always rooted for him, for he was a McLaughlin! My mom was a McLaughlin. Back in the day, I know someone traced our lineage to where we figured out that we were at least distantly related to John McLaughlin from Sigourney, and I want to say, very, very distantly to Jordon. On each side of my family we have relatives who are really cool about tracing and maintaining family trees and what not, which is awesome. If we re related, then that means he is related to the Weber family from Clear Lake too, for their mom was a McLaughlin. You know what else it means? It means he would be related to Lou Holtz and his grandkids, for my cousin on that side married Lou Holtz’s son. Tons of strong, athletic people on the McLaughlin side of my family. If my cousins Boe and Luke McLaughlin would have wrestled, holy cow we would have had an ever-present void filled at one of those upper weights.

This dude was a BEAST. I need to get 2004 state finals soon for matches from that year are requested all the time. Jordon won it that year, I believe.  He was the type of accomplished multi-sported wrestler, like Jimmy Waters from CB Lewis Central in which the entire state seemed to be pretty attentive as to what he was going to do in college. Wrestling and football fans alike. Everyone knew he was athletically gifted enough to succeed in both sports at the next level. Fun as hell to watch on the wrestling mat… I wish I would have seen him compete more on the football field!!!

And the man became the proud father of a daughter last night!!! I don’t think I’m jumping out on too far of a limb when I tell you all to keep an eye out for her when she starts competing at volleyball or whatever it may be, for she will certainly have athleticism on her side!!

I would have to say my old man was the one that encouraged me. Taking me to practice and any tourney I wanted to go to. Honestly probably not being able to dribble a basketball made me think about wrestling more than playing basketball with my friends.

None in high school or college I have a couple of nephews that have fun with it and hope they stick it out.​

Don’t have a clue won some matches, lost a lot of matches. Went to AAU my 8th grade year didn’t do well at all.

Really the only person I would consider a rival in youth would be Nick Weber. But wasn’t really a rival since he beat me in junior high once and I never wrestled him again.

(Editor’s note: Holy cow, I hadn’t read his responses until now and it is just crazy to me that of all people, Nick Weber was mentioned already as well as in the intro! Haha this sport is too coincidental sometimes!)

I don’t know hundred and something to fifty and something. I really couldn’t tell you I know I lost 20ish matches my freshman year, 18 for sure my sophomore year, 2 my junior year and 0 my senior year.

Falling on my face 1st round of my junior year. Rated #1 and losing 1st round was hard for me, but Coach Sebert smacked the back of my head and told me suck it up and get third. He Told me the hardest thing in the sport of wrestling was to lose and wrestle back to third and I took that as a challenge.

Ha, do what you can to win.

Mitch Horstman from West Hancock was the biggest he beat me in the NIC conference championship match our junior year. All I remember was being there for the tourney and he was winning with seconds left and the whole gym was extremely loud.

I have three: first being Coach Sebert my high school coach–taught me more about hard work and life with a lot of wrestling sprinkled in. During the summers I would help him on his family farm and out of nowhere he would throw me in a headlock out in the pasture and tell me to get out of it.

Kurt Morgan would be my second. Coach Sebert brought him to B/K my senior year to help out the team and Kurt and I really connected. He really showed me how technical wrestling is.

My dad Tony McLaughlin is actually top overall as a coach. He didn’t know a lot about wrestling at the time, but he was the one that started me to love the weight room and pushed me to be the best athlete I could be regardless of what sport it was.

We were decent as a high school team never made regionals but pretty tough.

Growing up I was a Cyclone fan and loved watching the Sandersons…Heskett was tough. Coach Sebert would take us to multiple summer camps and one that we would go to was Wrestle the World with the Brands Bros, so I looked up to those guys a lot.

Love the Hawks, so any of them.  Snyder, Dake, Taylor, and JB are a given and fun to watch. Truly since I helped coach these guys Spencer Trenary and Tanner Abbas both are going to do big things.

I didn’t really, I would jump rope to the cheer leaders’ cheers that they did.  Whatever beat that they were at is what I would jump to.  In practice it was some burnt cd that someone made thatconsisted of Manson, Rob Zombie ect…

I remember my last three in high school…my sophomore year in the finals, which after I cried in my dad’s arms. My junior year conference tourney, which I sulked in the hallway for a while after, and first round of state which I was just extremely pissed off. All three hit me hard and in different ways, but I had three different men tell me it was ok that losing is part of this sport and basically asked what’s your next move.

Make more friendships.  Honestly this is the sport where you can go to a camp, or a tournament, beat the crap out of each other, and at the end of it say “Hey where you going to be next week I need a rematch” and leave smiling (sometimes).

Would have to say state championship my senior.

It was more seasonal for me. I played football and ran track and we didn’t have a club that close.  I didn’t go to camps during the summers.

A friend and I were talking about this the other day.  In my mind I don’t think they have a chance against us.  I believe my age we were just meaner and tougher. With that being said, I also believe we would get stomped by the guys from the 80s.

My junior year at Iowa I helped them out the second half of the season after football was done.  It was Coach Brand’s first year as head coach, and he called me up and asked if I would like to come in and roll around. I would have continued to do it the next year too, but that season in football I injured myself and Coach Ferentz wouldn’t give me the ok to wrestle.

Football and track– wasn’t much of a baseball player so I stayed away from it.

Once a Hawkeye always a Hawkeye.

I don’t really have one– I coach football and wrestling at Clarion Goldfield Dows high school, so really don’t have much time after that.  I do like to get a lift in when I can.

The sport has taught me many things, but the two I think of right away would be work ethic and how to deal with disappointment.

I work for Wright County secondary roads as an operator and I coach at the CGD school.

Coaching, some days I love it and some I want to beat my head against the wall.

Listen to your coaches – they most likely know more than you.

Probably not I don’t feel like getting hurt and I get enough wrestling in coaching.