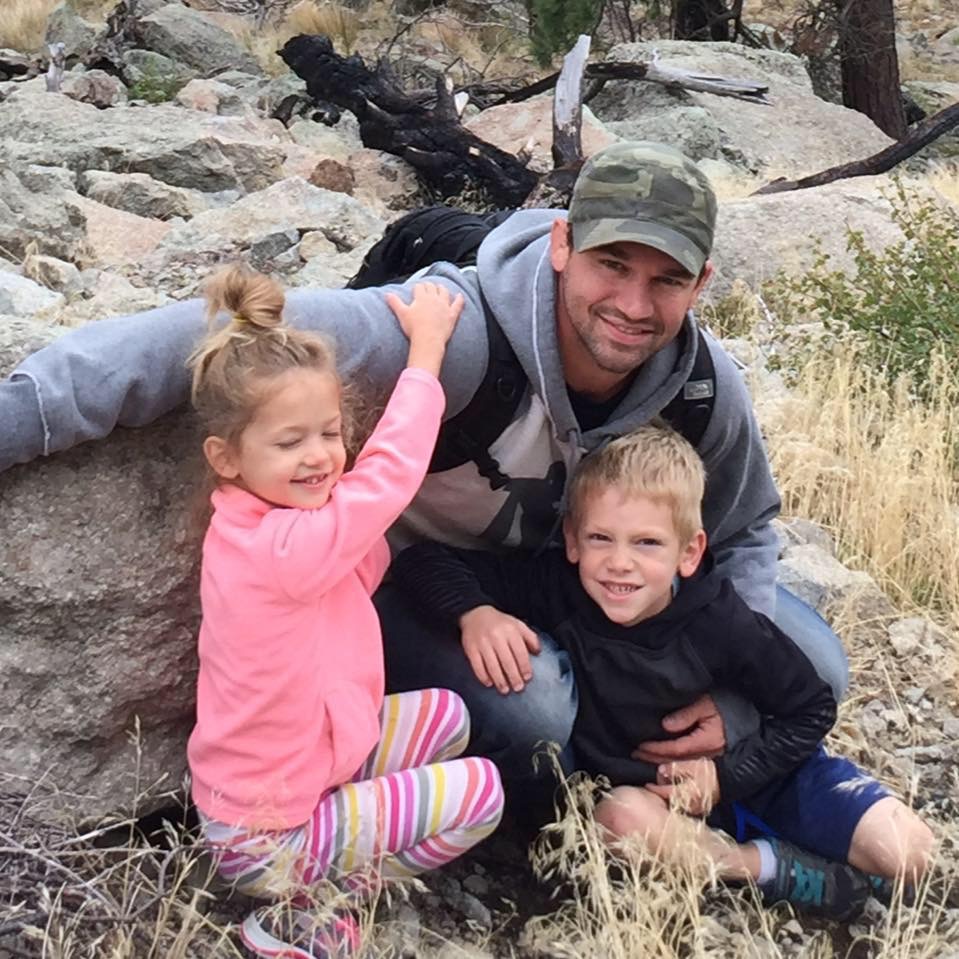 I’ve known about Osgood since he was a 2nd or 3rd grader. It seemed like my brother Justin, on odd years, for whatever reason get him in the quarters. And that’s a bad draw because Osgood always kept things close and interesting. Then in high school and college he became a stone cold stud. State champ, D1 National Qualifier, dude was legit.

I met Ryan one time in my life. I was at a friend’s after-hours party in Iowa City about 10 years ago and ran into him, Ryan Morningstar and Paul Bradley. Morningstar seemed like he was upset about something that night, so I left him alone, I know the feeling. Paul and I talked for hours. Osgood was there for a few hours as well. When I first got there, he would not get this big grin off his face. I kind of ignored it for a while… I started wondering if he were one of those poor individuals who were born with a “perma-smile.” Eventually I gave in and had to know what was so funny for the last half hour. And he said, “dude, you are in a way nothing like your brother, but there is something extra “Swaffordy” about you and I can’t stop laughing about it. That was the only time I’ve ever heard that one.

My best friend in 2nd grade wrestled so I went out because he did. My parents didn’t know anything about wrestling, but were very supportive and look me anywhere I wanted to go.

No-one else in my family really wrestled before me. I had a few cousins that also wrestled. My wife’s brothers were both amazing wrestlers. Dylan and Andrew Long. Both of my boys Anderson (4th grade) and Griffin (Kindergarten) are wrestling. I have really slow played it with my son Anderson. I have only let him wrestle about 20 matches in his 3rd and 4th grade years. He is a tough little guy though and battles out there. He is really fun to watch. I let my son Griffin wrestling in 1 tournament this year and he battled just like his brother. I want my boys to have that internal drive to wrestle like I did so I am not forcing anything on them and letting the love of the sport grow in them.

My freshman year I only weighed 90lbs and lost around 15-20 matches. It really fired me up to work harder and motivate me the rest of my career.

My Sophomore year I was ranked #1 going into district and I broke my hand the night before districts. I still wrestled, but was feeling sorry for myself the whole time. I placed 6th that year, but always regretted using the broken hand as an excuse. I have always thought if I would have put my mind in the right place I could have still won it that year. As Mark Rial said, I think in this sport the main challenge is sometimes within ourselves.

Throughout college it is a real challenge everyday to balance wrestling, school, and social life. If any of those 3 suffer you will effect the others. Doug Schwab told me that when I was in HS and I always took that with me in college and did my best to maintain that balance the best I could.

I can scramble pretty well, but mostly I would say I am pretty basic with good defense.

Dominick Moyer and I had some great battles splitting a few.
Shawn Alexander was another I went back and forth with a few times.

My HS coach Jim Cornick and Jose DeAnda at UNI. I still consider these coaches as well as my other coaches at UNI great friends to this day.

My HS team was not very good. At UNI we were always a top 20 team. I believe we finished as high an 11 at nationals while I was there.

Cael Sanderson as I went through HS

1st has to be my boys. My son Anderson wrestles so hard and never stops. So much fun to watch. I love watching all the guys on team USA. I would say David Taylor, Kyle Dake, and Jordan Burroughs especially.

I still love watching the Panthers wrestle. Especially Taylor Lujan is a lot of fun to watch. I am also helping coach at Solon HS so I really enjoy watching my HS boys compete. Hayden Taylor is a real stud and excited to keep watching his career develop. �

Probably my last match in college. 1st because I was dominating the match and got pinned for only the 2nd time in my entire career and 2nd because I knew my wrestling career was over.

Probably to focus more on the metal aspects of the sport. Otherwise I really don’t have any regrets.

I played a lot of sports so wrestling was pretty seasonal for me. I never wrestled any freestyle until college.

I think the sport has evolved a lot in the last 20 years. I think at least at the youth and HS levels kids are better now than when I was going through.

Baseball, Football, Track, even Tennis my senior year of HS.

HS I did not. College I had a lot of great workout partners. Chris Helgeson was always my favorite drilling partner at UNI.

I credit the sport of wrestling for a lot in my life. The hard work, dedication, humility, and perseverance I learned from this sport has carried on into my life today. Most of my best friends to this day are my UNI teammates. I even married my wife Ashley who was one of my UNI teammates sisters. Thanks Dylan!! (2 of the best brother-in-laws a guy could ask for in Dylan and Andrew)

I have been in Medical Sales since I graduated from UNI. I work for Medtronic Spinal & Biologics selling spinal implants.

I help with Solon HS and youth program.

Don’t forgot to keep reminding yourself why you started wrestling, it’s such a fun sport. Also this sport is going to give you back what you put into it. If you just do the minimum that is what you will get in return. If you put in the time and all the EXTRA this sport will keep giving.

Probably not, but who knows

Next post: Dear Wrestling Fans: Please Stop Booing PEOPLE You Don’t Know When They Are Trying to Wrestle, From a Recovering Boo-bird