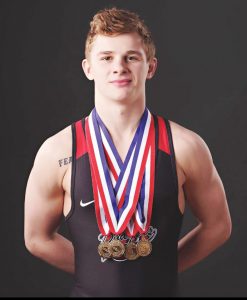 BUT, the coolest connection between these two can be found in this video at the 3:50 mark:

Imagine that… while Dan Teske is standing on that podium with Dan Knight, who is receiving a standing ovation for winning his 4th, it probably didn’t occur to him that he would have a son to do the same thing in the same exact class at the same exact weight.  Fun stuff.

And to make things more ironic, they met up in the quarterfinals… 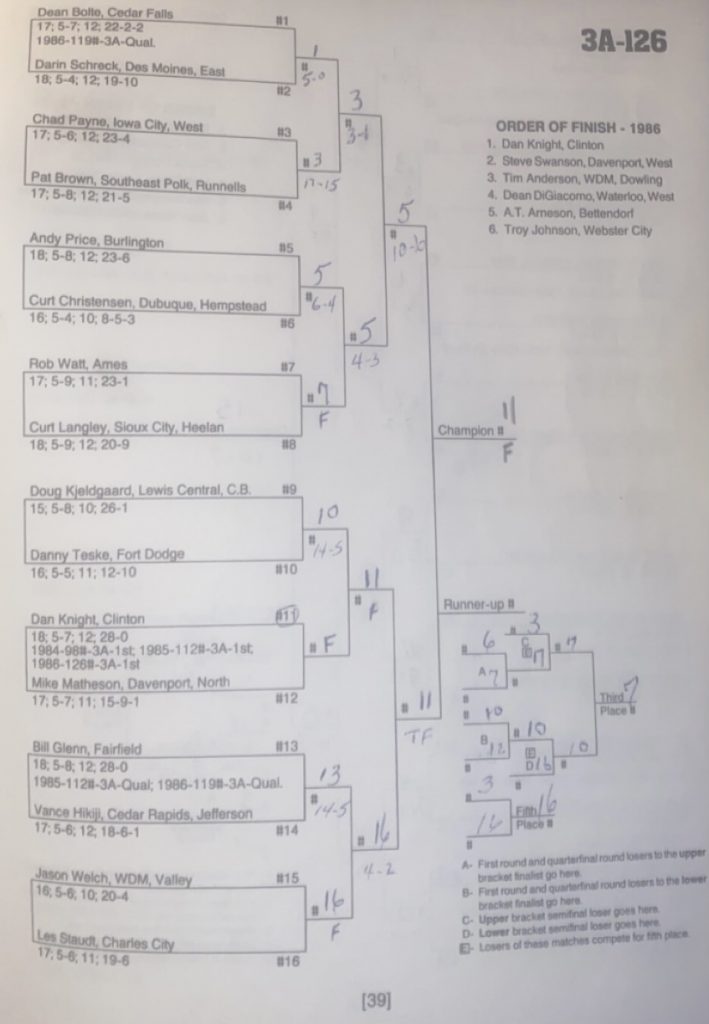 And to reach the quarterfinals, Teske had to get past future state champion, Doug Kjeldgaard. Doug is the brother of David Kjeldgaard, another guy who is widely considered to be the Iowa HS wrestling GOAT.

Next post: The NAIA Heart of America Conference Results and Thoughts