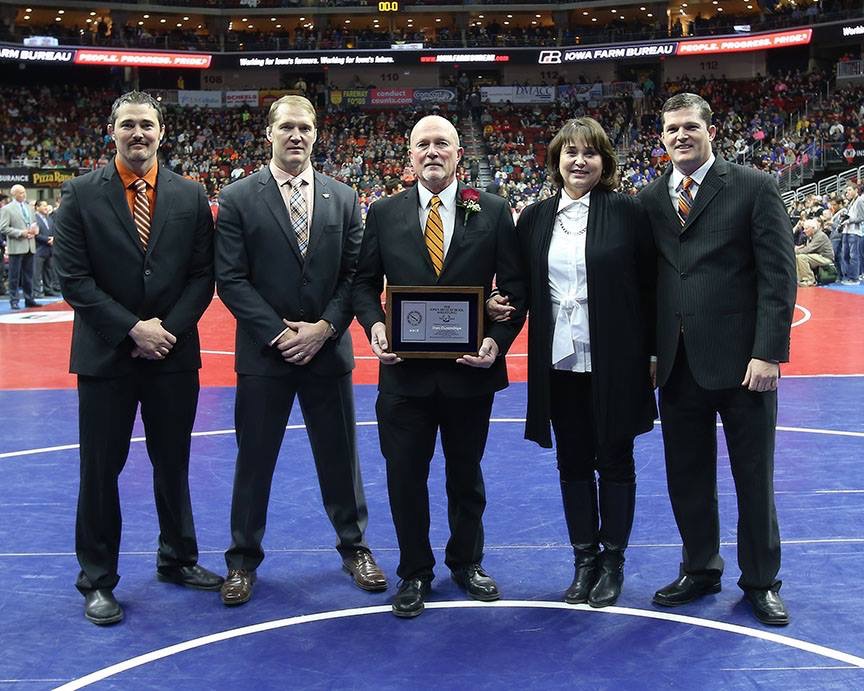 When a wrestling fan thinks of Mediapolis wrestling, chances are, one of the first last names they will think of is, “Cummings.” And for good reason. Dan Cummings coached there for several decades and produced consistently positive results in the program in that time. He and his wife, Deb have 3 sons who were all hammers on the wrestling mat and fun for the entire Mepo community to follow. Jamey Cummings qualified for state 3 times, placed twice and became a Navy Seal. I believe he wrestled in the Navy. Ryan Cummings won 3 state titles (1 in MN, 2 in IA) and was Mepo wrestling kingdom’s “star” of the 90s. And the youngest, Brandon, was a 3 time state qualifier, state placer and voted the best all-around athlete of Southeast Iowa by The Hawkeye newspaper.

I can go on forever about how much the Cummings family means to my entire family and community.  This article is about Deb Cummings. She is, in my opinion, the best wrestling mom in the history of all wrestling moms. Mepo wrestling wouldn’t be the same over the past few decades if we weren’t blessed as we were with the encouraging and positive presence of Deb Cummings throughout the entirety of our wrestling journeys. Always a kind and vocal voice of reason to whoever may have been in need of it. And in wrestling, you will surely have moments where you need it.  If there is ever a “Mat Mom Hall of Fame,” Deb will be a lock! 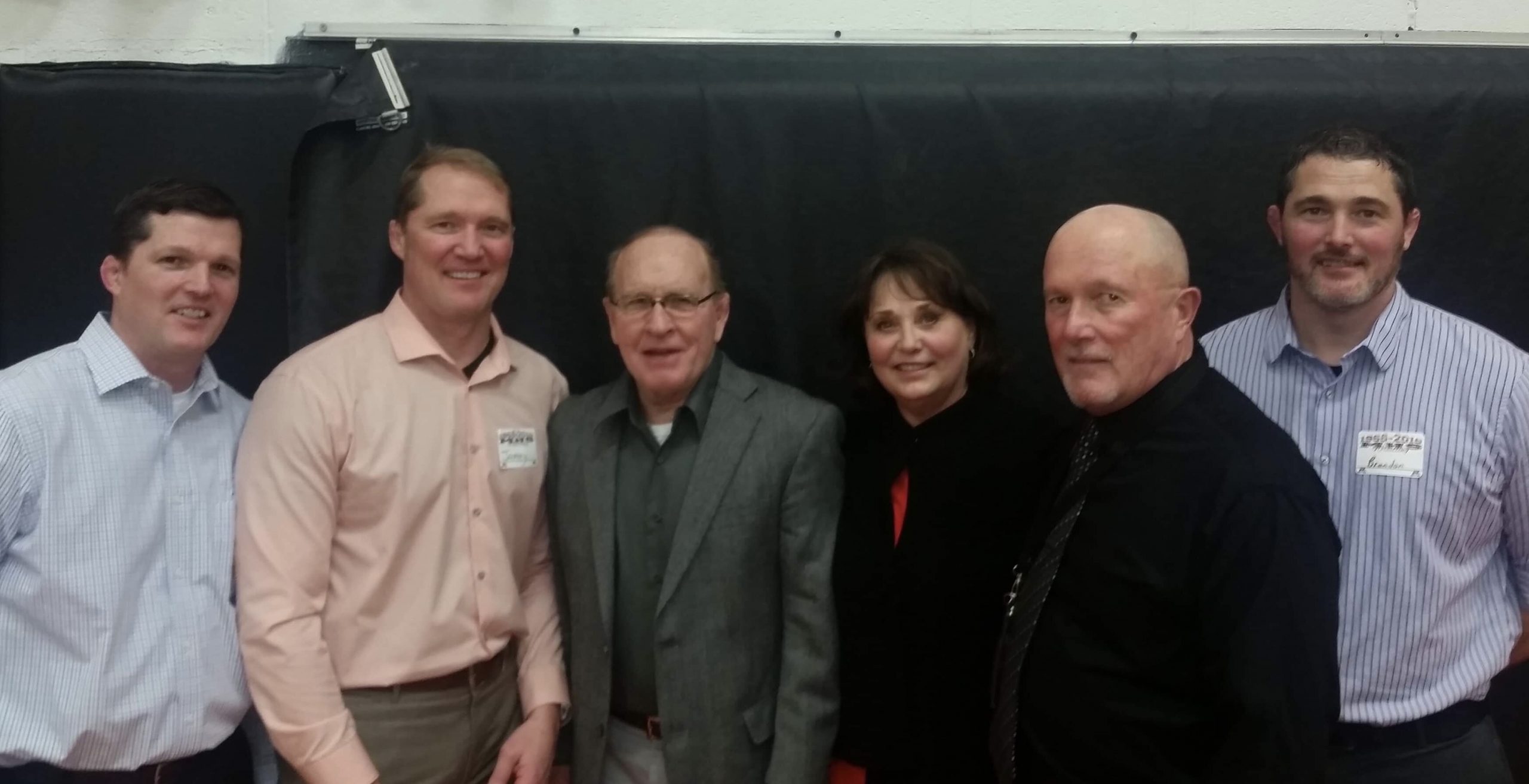 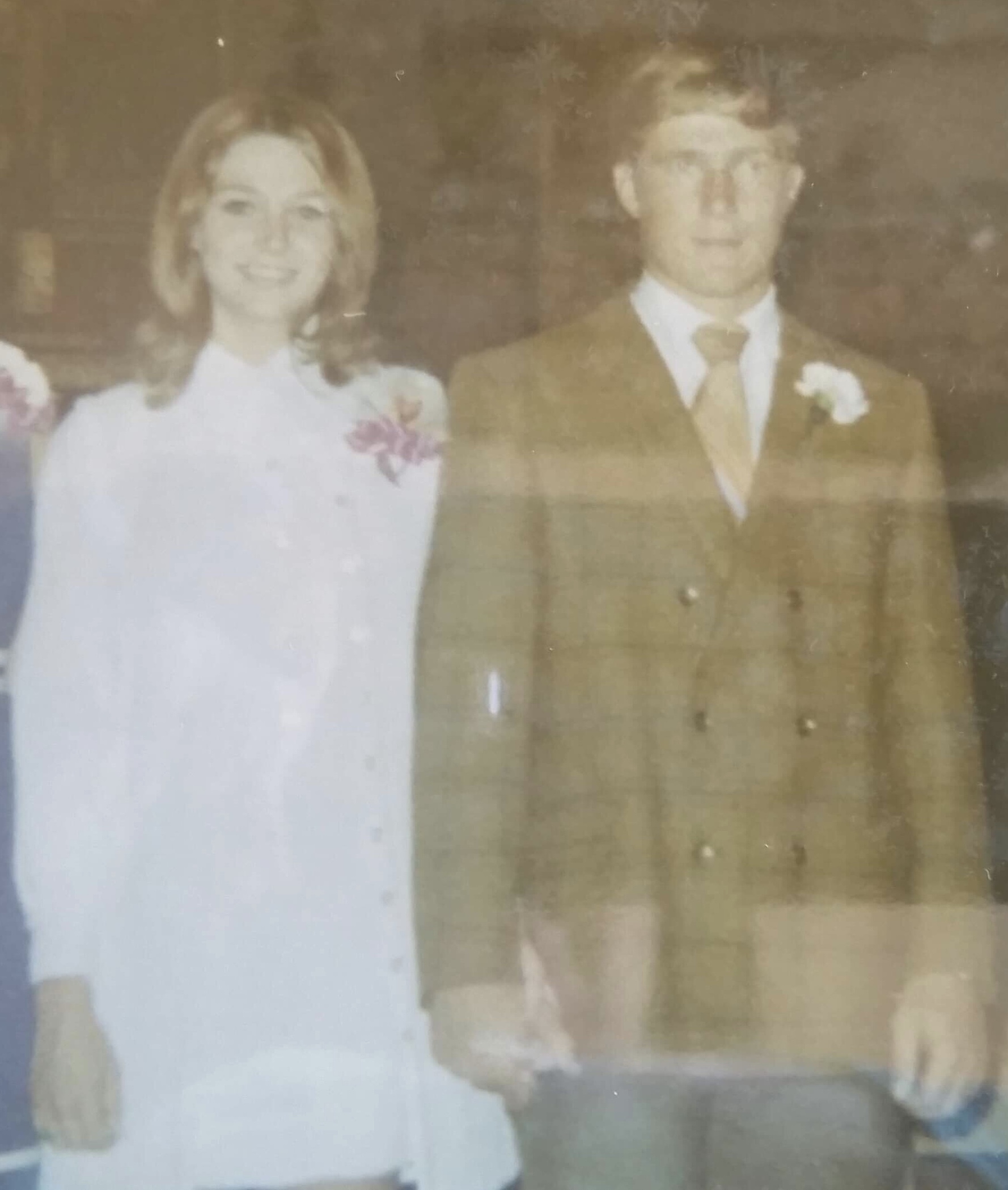 DEBBIE CUMMINGS: Our three sons Jamey, Ryan and Brandon all wrestled, but my interest in wrestling began when I was in grade school when my Dad would take me to the high school wrestling meets at LeRoy-Ostrander High School in our hometown of LeRoy, Minnesota. My husband, Dan and I started “dating” (were boyfriend and girlfriend) when we were just eleven years old and dated all through high school. Dan started wrestling along with his identical twin brother Dave in the eighth grade and they were both pretty good. Dan placed fourth in the state meet his Junior year and his twin won it his senior year. My senior year I switched from being a basketball cheerleader to cheering for wrestling so I wouldn’t miss any of Dan’s matches. It was more fun cheering for wrestling!! Our sons followed in their Dad’s footsteps ad wrestlers and were lucky to have their Dad as their coach. I am so proud of my three sons for many reasons and I have a lot to be proud of with their wrestling careers. 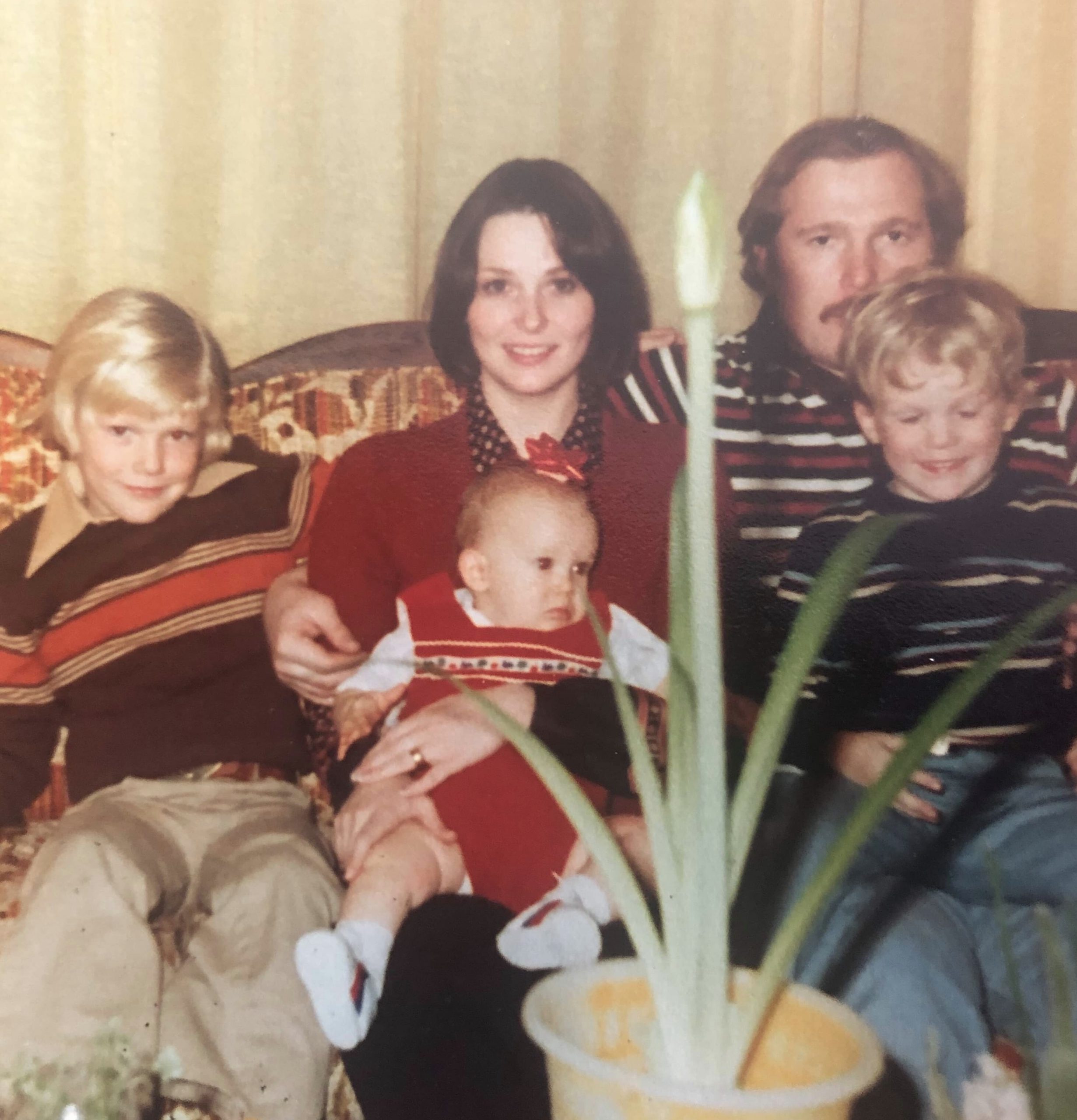 They all had their own styles and talents wrestling and I loved watching them compete. Jamey was a three-time state qualifier placing third his senior year. Ryan was a four-time state qualifier winning it three times and Brandon qualified three times and placed third his senior year….not too bad! These accomplishments were all pretty special with many proud moments along the way. As their Mother, I always got a little nervous when “the boys” wrestled and really only got “worked up” (crazy) a few times over the years among all of their combined matches. I think I got a little more “crazy” when someone questioned or “called Dan out” for something! hahaha I personally think that wrestling is the best sport ever for helping to teach young people self-discipline, work ethic and how to graciously handle winning and losing as an individual and as part of a team and I saw all these attributes manifest in all of my sons. 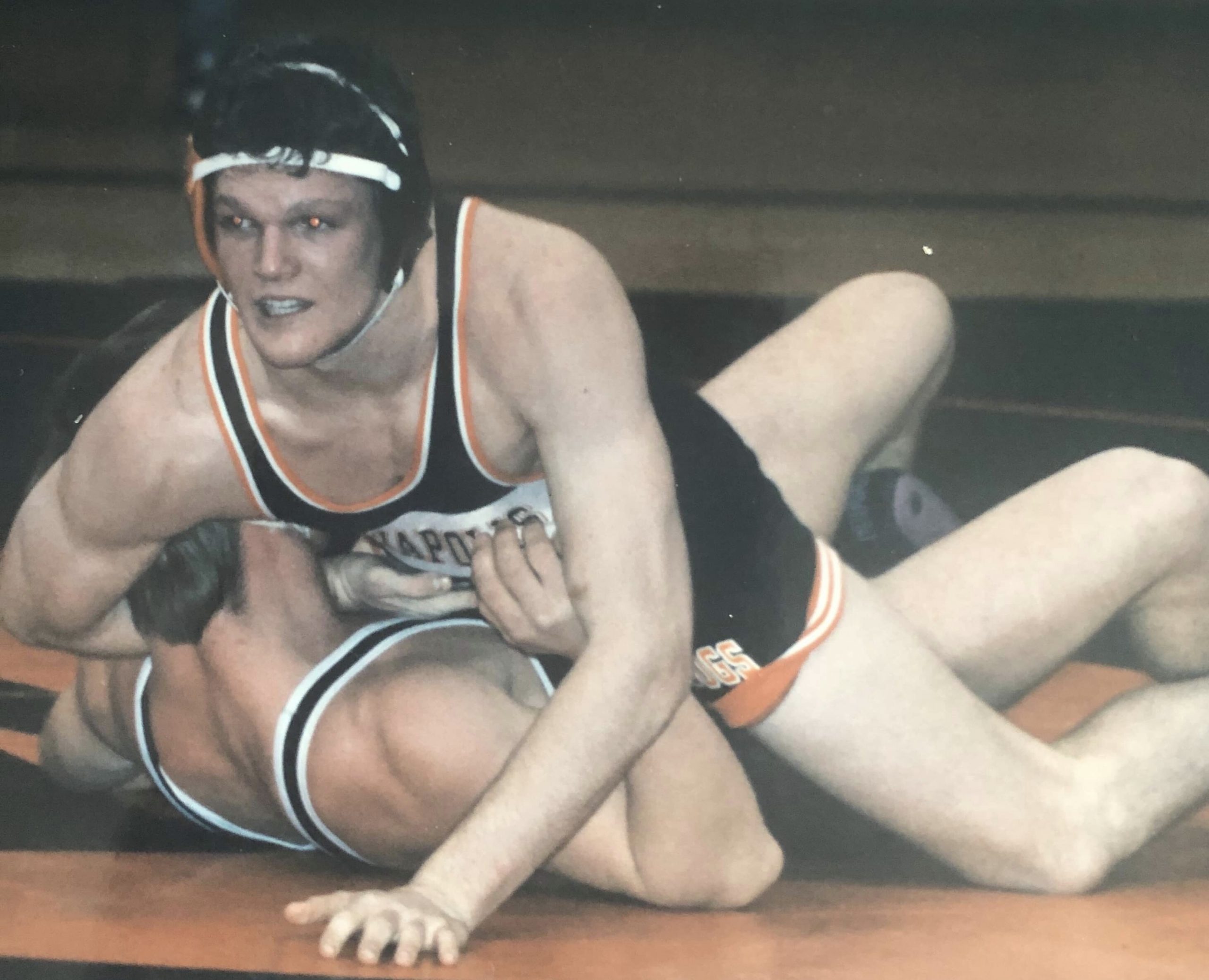 As a female student in high school back in the sixties I never even thought about wrestling…..just cheerleading. I did, at one time however seriously consider getting my officiating credentials for wrestling and would have been one of only two female officials in the state of Iowa……but I would have missed too many of Dan’s team meets and tournaments and they were more important to me.

As far as influences on my “wrestling family” I would have to say the obvious, Dan Gable and there’s Cael Sanderson (one of our grandsdons is named after him). Going way back I’d have to say Dan’s high school coach Rich Gladen and his college coach Rummy Macias with the assistant coach, Reg Wicks ( ironically enough, coach Wicks was Jamey’s head coach at the Naval Academy!!) These men helped influence wrestling in the Cummings family. Our sons all had some similarities on the mat. Jamey loved the Fireman’s carry and was pretty even-tempered wrestling, but could get fired up if he needed to. Ryan’s strong point was wrestling on top as a “legger” and was an intense wrestler, ALWAYS! Brandon was good on his feet and was a mixture of his two older brothers on the mat. They were all so much fun to watch…..I wish we could do it all over again! 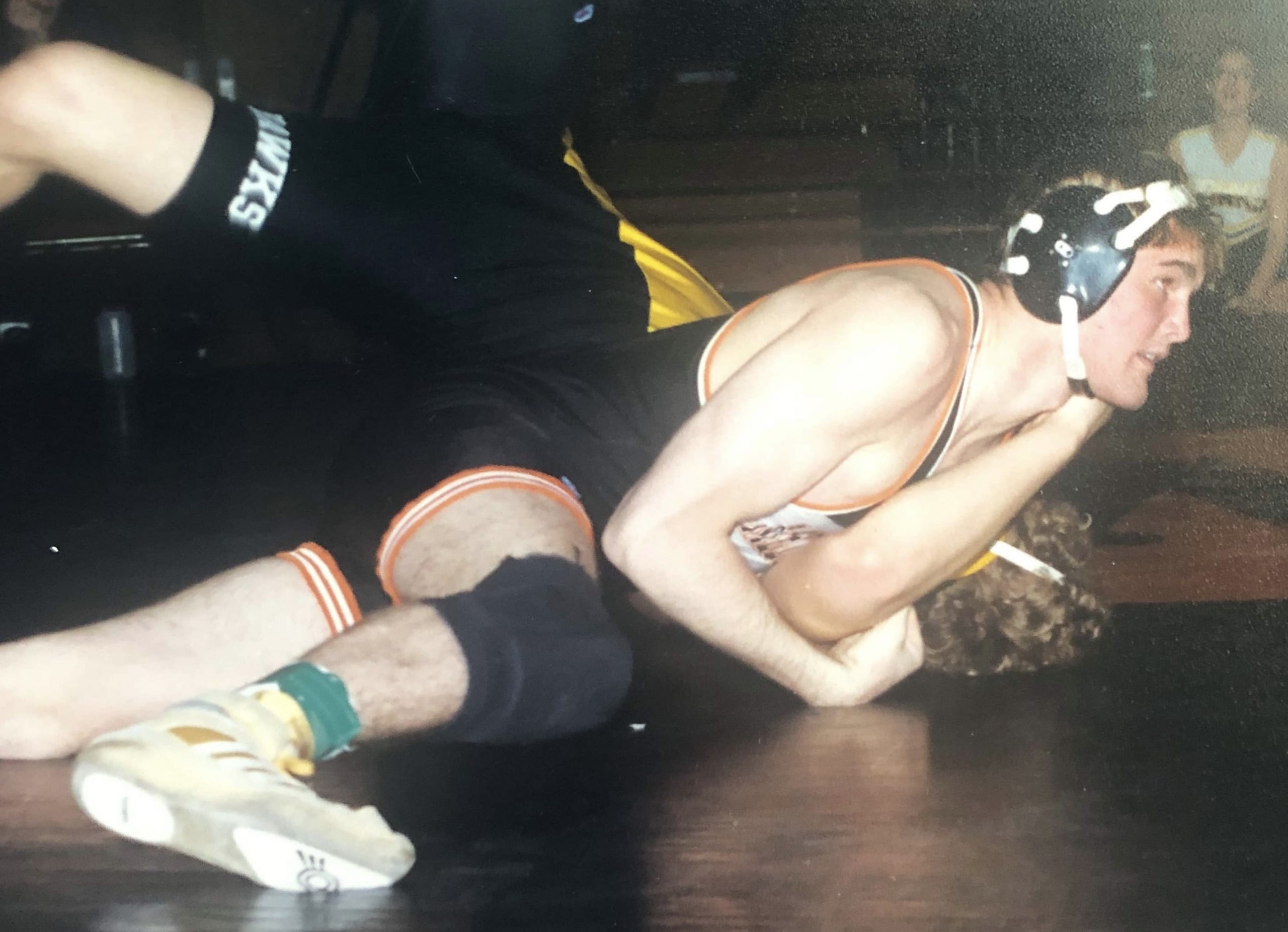 Wrestling has been very good to our family and watching our three sons wrestle will always hold a very special place in my heart and soul. Through wrestling we have meet really great people and have made forever friends. There’s nothing quite like the wrestling community! As a wresting Mom you encourage, support and help your kids through the tough times and also let them know when they need a good talking to. You celebrate the good times with them. As the coaches wife and the Mother of three sons who wrestled for him I would have to say that it really did go smoothly. Through Dan’s 38 years of being their head coach only one time did I ever feel the need to tell Dan to “back off”…..and I think that is exceptional!