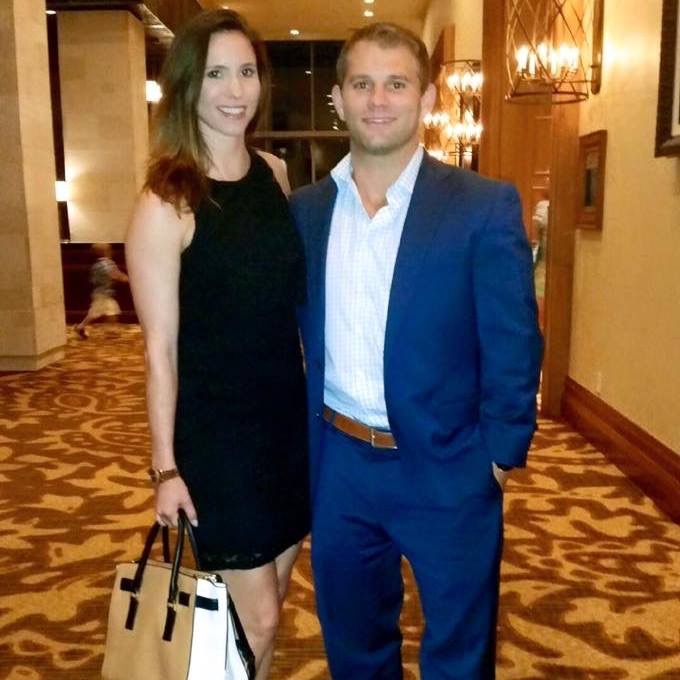 Blake was in my grade and in my general weight range and because of that, it wasn’t uncommon for me to hear some of his results, for he was a pretty big deal from a program, Council Bluffs Lewis Central, which was a pretty big deal itself at the time. Thing is, the dude was so good that I would hear results about him and I live on the opposite side of the state. And it wasn’t just on the forums. Somehow, the news about Blake and the rest of the Lewis Central team spread 6-7 hours away from the Southwest to the Southeast part of the state where there are not even that many 3A teams that would wrestle them. When Blake won state, I believe he was Keith Massey’s 6th state champion of the 2001 tournament.  Incredible. I still, would love to watch that Lewis Central team against some of the powerhouses that have come and gone since then. If you didn’t see it, look into it, for you are missing out if you don’t. That team was fun to watch and Blake was a huge part of why it was.

I grew up with wrestling in my blood. My Dad, Doug Anderson, was an Iowa state champ for Ankeny and an All American (8th place) for Iowa under Gable. Wrestling was something we started at a young age.

My Dad (see above). My brother, Luke Anderson (class of 03) wrestled for Lewis Central as well. He was solid, barely missing the state tournament up several weights due to the state champs at his natural weight class. My cousin, Shane Spooner, was also a state champ for Ankeny.

I wrestled a good portion of my youth (at least the part that I can remember) when we were in Illinois. We didn’t move back to Iowa until I was in 7th grade. I was a solid youth wrestler. I wouldn’t call him a rival but Paul Bradley beat me once and ended up winning my 8th grade state bracket.

Was the Lewis Central youth club called Golden Eagles in your day or was it called Powerhouse?

The youth program was actually called the Council Bluffs Panthers. Coach Keith Massey ran a program called the Golden Eagles but I believe that came later and was also more focused on summer wrestling.

When you guys were being trained coming up, did you know you guys had something special in the works?

When I moved back to Iowa in 7th grade, it was pretty obvious there was a ton of talent in the CB Panthers room. I think we fully started to realize how special things could be in 8th grade when several of us would go practice with the high school team. Things just continued to come together to create the powerhouse that we were.

I believe my final record was 154-26 or something along those lines. I had a very tough weight as a freshman and lost 15 times. I missed state as a freshman, took 5th as a sophomore, and then won it as a junior and senior.

What would wrestling be without adverse challenges?!? A few that stand out… I went into the state tournament my sophomore year with high hopes. I ended up sucked down due to waiting too long to cut my weight. I lost first round and had to wrestle back all the way for 5th. Anyone who has ever lost first round and had to wrestle back to place knows it isn’t exactly easy! I also went through a rut my junior year and lost several matches that I should not have. I took a week or two off due to illness and came back ready to get after it. I don’t think I lost another match after that.

Hands down Keith Massey. That guy had a way of finding different ways to motivate each and every one of his wrestlers. Not to mention, he is an excellent technician and always was able to coach to the smallest of details. That said, without my Dad in my corner the whole way, I would not have been as successful as I was.

Lewis Central never lost my junior or senior year. My senior year, we broke all the records (most points scored in state tourney and most state champs). The points record has since been broken but the 6 state champs still remains. We were ranked the #1 public school in the country at the end of that year, 3rd overall I believe. University of Iowa had a couple “down” years the 2 years I was on the team. If my memory serves, they took 4th and 8th.

I loved watching Joe Williams wrestle. He was so quick and powerful and could take anyone down. I wanted to be just like that.

I wish I kept up with the sport more than I do. However, I still try to catch the Iowa duals when they’re on tv. The whole team is a blast to watch this year… hopefully this is the year they bring it back!

My freshman year of high school I had high hopes of qualifying for state. Clint Madison was in my district and went on to win state, but I still thought I could squeak in as the second place finisher. I lost to Clint in the semis and had to wrestle back for true 2nd against Andy Gum. I lost a close hard-fought match and will never forget that feeling of barely missing out on a goal.

Definitely winning state my junior year. The finals were actually on my Dad’s birthday and exactly 25 years to the day of when he won his state championship for Ankeny. I beat an undefeated Howard Hughes in the finals. I then ran over to my Dad, who was in my corner along with Massey, and said, “Happy Birthday, Dad.” As you can imagine, the tears fell. We still love to reminisce about that moment.

I wrestled against several state champs throughout the years. It’s crazy to think that my freshman Hawkeye 10 conference tournament bracket had at least 4 future state champs in it (Matt Anderson, Clint Madison, Andrew Hayes, and myself). Aside from those guys, I had a lot of close matches with Tyler McGinness, Ryan Terry (Omaha North) and Ryan Sturm. I didn’t stick with wrestling through college (just fresh and soph) so didn’t really develop any intense competitors. That said, Johnny Galloway and I went 1-1 against each other in some open tourneys. Always hard-fought.

I’d have to say Tyler McGinness. I think he beat me 4 times throughout my career all by 1-2 points. Even if I got a lead, he’d always have something up his sleeve to win it in the end.

It’s interesting to look at different eras of wrestling. The sport has definitely changed since my days. I would think that the best from my era would have adapted to the changing environment and still been amazing competitors in this day and age. I’m obviously biased towards how good LC was my last couple years. I wish we could have wrestled against more of the nation’s best teams back then. We were not unbeatable, but it would have taken a special team to get the job done.

It was 100% seasonal for me up until my senior year. I was always a 4-sport athlete (football, wrestling, track, baseball) so I didn’t have time to continue wrestling in the summer. Once I signed my letter of intent with Iowa, I decided to forego track and baseball my senior year and wrestle freestyle that summer.

I did. I went 2 years at Iowa and then decided to give the sport up. I was extremely burnt out and just simply didn’t enjoy it anymore.

In one word, aggressive. I was very comfortable on my feet and preferred to be there. Naturally, I would take guys down and let them up continuously building my lead.

The best! That’s one of the things that made LC so great. We had amazing talent in the room especially around my weight. I could basically wrestle a different state champ or placewinner every day of the week. I spent a lot of time with Aaron Smith, the Paulson twins, Jon Clanton, Nick Hayes etc.

Huge Hawkeye fan (football, wrestling, basketball, and even baseball). I don’t miss watching a football game and try to catch all the duals/bball games as well. Aside from the Hawks, I am a Chicago White Sox fan – have been ever since we lived in Illinois as a child.

My wife and I love to travel as well as spend as much time in the outdoors as possible. Fishing, hunting, boating, etc. We also do a lot of live music and shows. Recently, I’ve tried to get more into golf as well.

Wrestling is such an amazing sport in that it teaches you so much. How to win with class of course, but also how to lose with class, learn from mistakes and get better. There are new challenges every day that need to be overcome. Wrestling has shaped my mentality to know that I can overcome them. Discipline and work ethic are other characteristics that have come from wrestling and helped me be a successful human being.

I am currently married (2.5 years) with our first baby (boy) on the way. Very exciting! My wife and I live in San Antonio, TX and I am in medical device sales. I sell a device that stimulates the vagus nerve which helps control seizures in Epilepsy patients.

Not currently. Actually, I don’t think I’ve stepped on a mat for 15+ years. I hope to get more involved as my future son gets older.

HAVE FUN! Wrestling is way too tough a sport to do if you aren’t enjoying it. On a technical level, focus on self-improvement, even in wins. There is always something that can be fine-tuned to create a better product on the mat.

Doubtful, but you never know! Living in Texas makes it hard to keep up with all the tourneys.

Wrestling has provided me the ability to meet and interact with a ton of great people… some of whom are still in my life today! I think I’ve already named most of those people.

I have a lot of funny stories. In particular, about Trent Goodale and Paul Bradley… we’ll save those for another time 😉