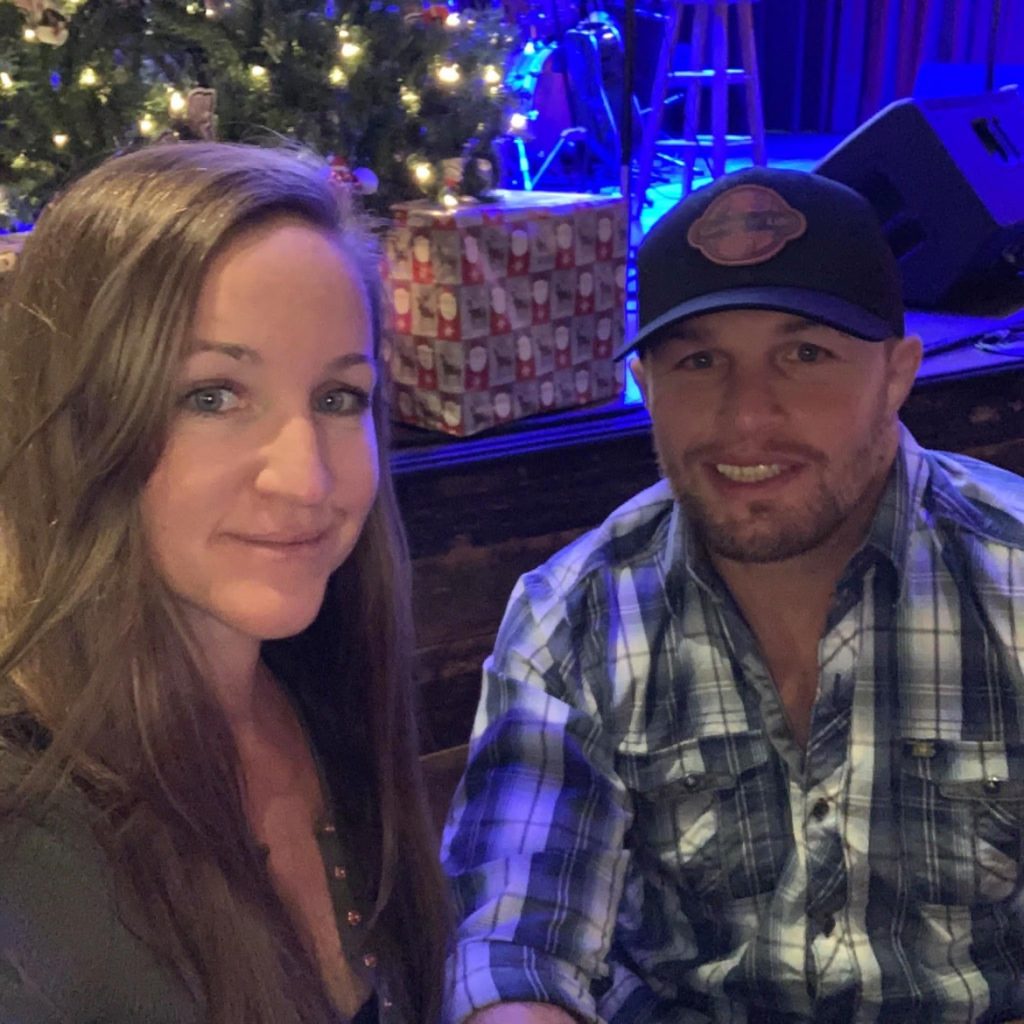 Paul Bradley.  He was in my grade. Class of 2001.  Growing up, Bradley developed a reputation as being someone that guys around his weight range literally feared.  Seriously, guys were scared to wrestle him.  He had that tough, “man-up” style of South Tama County wrestling and he was stronger than everyone he wrestled from the time I can remember seeing him for the first time. To boot, he always had his head taped up or had to wear a mask because the dude went so hard that he would get massive cuts on his head and he would wrestle through it and dominate 99% of the time. For his opponents, it was like wrestling against Jason Vorhees from the Friday The 13th movies.

I never really knew Bradley until I met him through my brother after they were on the same Disney Duals team that traveled to Orlando.  Spent 3-4 hours talking about wrestling with him at Iowa City one night and I concluded that the big, mean mad-man that I saw so many times, just punishing top-caliber competition on the mat until they wanted off was the version of him that only came out when competing.  Nice, funny and smart as hell.  One of my favorites from my grade! 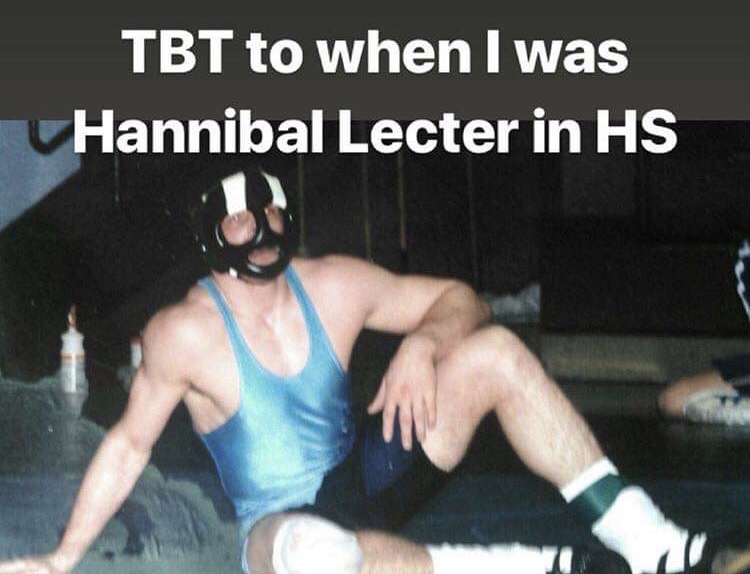 I would say my parents. I was a rambunctious kid like all others at that age.

The first state champ in my family was my uncle Elmer back in the 50’s for North Tama. His son Kenny followed it up with his own state championship in the 80’s also for North Tama. It wasn’t till the 90’s until another Bradley made an impact in the state of Iowa with my cousin, Gavin Bradley taking second in the 90’s. His brother Garrett followed it up later in the 90’s as well becoming a state qualifier both did it for Jefferson – Scranton.

I was a two – time AAU state champ as well as a three time place winner. In 7th grade I was a Tulsa place winner with a 5th place finish. My 8th grade year I was a school boy national champ in freestyle.

One of my rivals as a youth I would have to say was John Graham from Sigourney. He was just so much more developed physically then me and used to get the better of me.

I was a qualifier my freshman year at 135 lb’s where I lost in the blood round. Sophmore year I was the state runner-up at 145 and the same my junior year at 160 lb’s. I guess the third times a charm as I was finally able to break through and take the title my senior year at 170 lb’s.

Probably not winning states my junior year. It was a hard time in my life mentally. Also losing in the blood round my senior year at Iowa to become a three time All – American was also very challenging mentally to overcome and move on from in my life.

Bruiser!!! Hard nosed and a bleeder for sure lol.

I would have to say my high school coach Jay Hoskey. He really helped me develop technically as well as mentally during the four years I spent with him. I still call him to this day to ask for his thoughts and advice on things. Before that was my cousin Dale Cruikshank who helped me develop so much while I was in my youth program. Finally Jim Zalesky at the University of Iowa. He helped with the mentality while I was at Iowa which led to my success.

I would say losing in the state finals my junior year to Andrew Hayes and then my senior year at Iowa losing to CB Dolloway in the blood round at nationals.

In high school we were four time state dual participants taking 4th, 3rd, 4th & 3rd. We also took 2nd in my senior year at the traditional state tournament.
At Iowa we won the big 10 tournament in my sophomore year following it up with a runner – up finish at the nationals. My senior year we took fourth as a team at the nationals.

Probably my family who had success and any of the Iowa wrestlers at the time. Also the Hand brothers Matt & Wes. They both had a lot of success at South Tama before I got there. Watching Wes compete at Iowa and the success he had was something I looked to replicate.

Would have to be Burroughs, Snyder and Sadulaev.

Probably wrestling more aggressively in college and not being afraid to lose.

Winning Cadet Nationals in freestyle would have to be one. Also winning states and becoming an All – American for the first time. All great memories.
I worked my butt off all off season with freestyle tournaments, lifting, technique and running.

Most notable would have been Dave Helman my freshman year. I think he beat me around four times that season. The Carter’s from Waterloo West were tough as nails as I met Kenyatta my junior year and Akeem my senior year.
College would be Bradley from Penn State, Wissel from Purdue and Kaplan from Ohio State who I beat four times in the space of a month (the dual, Big 10’s & twice at nationals).

No. I went straight into college coaching and competing in MMA.

When you wrestled, it seemed like you always had to battle with wounds to you face/head to where it was hard to imagine you wrestling without tape on your face/head. Was this a result of just grinding it out every match or did you have a lingering injury?

I think I just have paper thin skin. I was all about head position and it just seemed like my skin would never hold up. I was notorious as well in my fight career for cutting easily. Heck now that I am back into the college coaching scene my head still bears the marks after a practice.

Some of the competition you faced was just out of this world, tough…guys like Mark Sturm, Andrew Hayes, etc. How proud does it make you that you accomplished what you did the hard way…without avoiding anyone?

It does make me feel good. I remember upsetting Tyler McGinness my sophomore year in the quarters of state. That was a huge win for me as he was untouchable when we were on the youth circuit. Losing to Hayes was tough and beating Sturm my senior year when he was 36-0 was pretty challenging as well. I never ran from an opportunity to face tough competition and that is something I am proud of.

How fun was that Orlando trip that my brother always talked about? Any fun stories?

Great time. The Disney duals had some great wrestling but also being at a resort didn’t hurt. Just sad we missed the National Cheerleading competition that came in a day later .

How integral is wrestling for being successful as you have been at MMA?

Very. It taught me how to dig down in training as well as when the fight got tough. Also having great takedowns and takedown defense helped me decide where the fight took place.

Mostly just lift and wrestle. Still also like to do Jiu-Jitsu when I can find time.

Steelers, Pirates, Penguins all Pittsburgh teams. I guess I have adopted the Hornets since I moved to Charlotte since I don’t have a basketball team. Still follow Padres baseball as well since I lived out in San Diego for so long.

Dog Parks with the pup, working out and socializing with friends.

It has made me tougher mentally as a person which in turn has helped me through some of the toughest times in my life. Now I get to pass on my knowledge and experience to the student athletes here at Queens University of Charlotte.

I am an assistant wrestling coach at a D2 school (Queens University of Charlotte) while pursuing a master’s in education.

Train hard and stay hungry while enjoying the sport.

Nobody in particular just my family, coaches, friends and mentors who have supported me on this crazy ride since I began in the sport.

Next post: Mat Mom of the Hour: Jamie Schriever