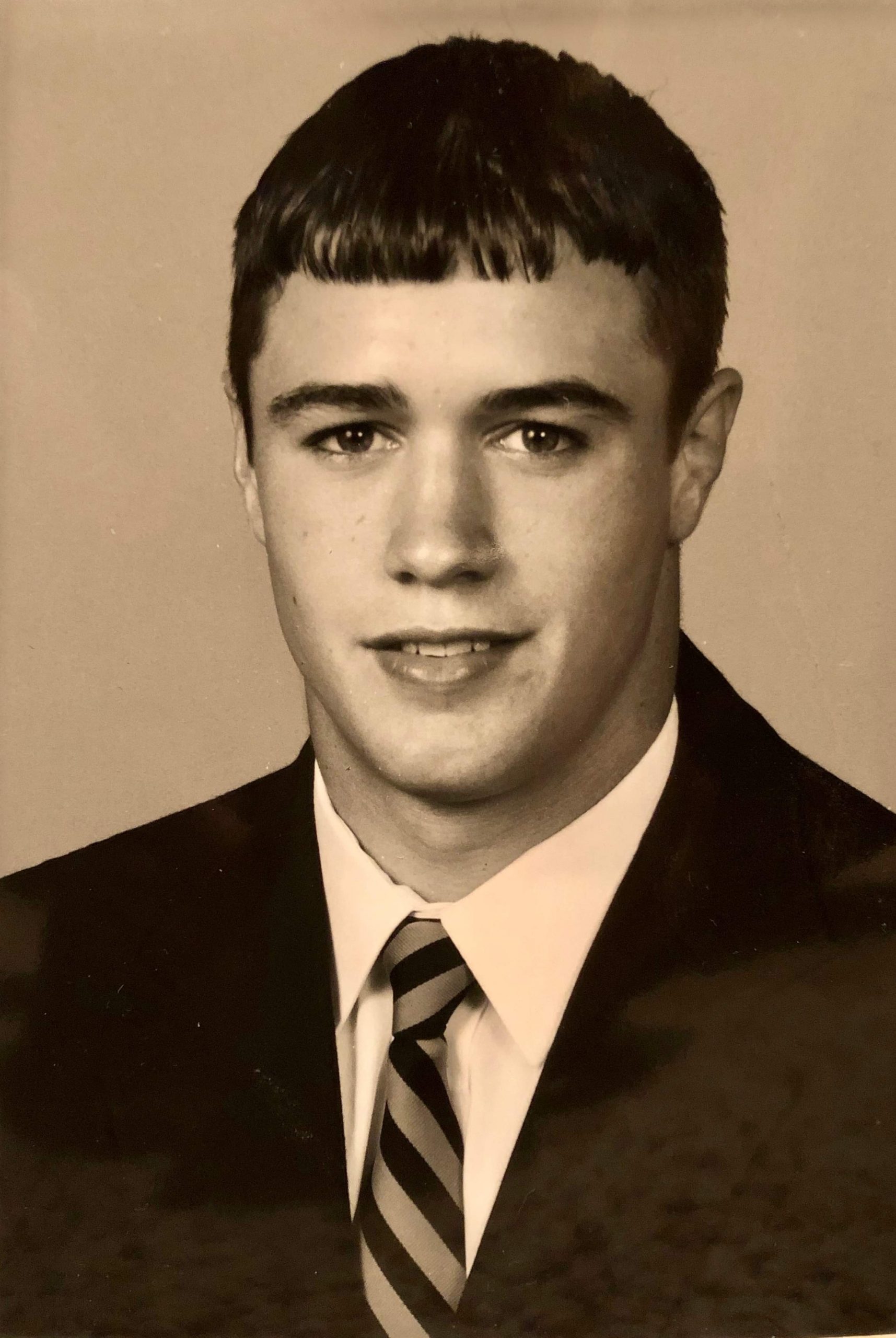 Kid: Thanks. So I’m guessing there were no upsets with Justin Stanley?

Parents: No, he won by a lot. You will have him next. Just try your best!

Kid: Ok, so after Stanley, who will I have to beat in order to get 3rd?

Kid 2: Or go up to 130 and be eaten alive by Justin Stanley? Yeah, that sounds better!

Kid 1: Jeez…and there is Nick Marolf and Tony Sweeting floating in between there, there is no escape!!!

I grew up chasing my brother Corey. I wanted to do everything he was doing. I was also good friends with Nick Marolf. So when Randy Marolf started the Moscow Wrestling Club, I got hooked.

All 3 of my brothers wrestled. Corey and Cody both won HS state titles. My foster brother, Pete Robles, was a conference champ. My son, Tyson, is in 2nd grade and started wrestling 2 years ago. He loves to go to practice and wrestle his buddies.

I didn’t have any issues in HS besides cutting wait. I went from 112 to 130 my senior year because I did not want to cut weight. Tim Maxwell called me “love handles” and I would reply “fat and happy”. 😁

My most influential coach was Randy Marolf. His white Reebok shoes were always on point.

We won the state team title as a junior and we took second my senior without returning state champ Matt Pasvogel. At Iowa we were National Team Champions and Big Ten Team Champions every year.

My favorite wrestlers growing up were the Brands brothers. The most influential was my brother Corey. If he did something, I wanted to do it.

My favorite current wrestlers are Spencer Lee and Alex Marinelli.

Worst loss was my 1-0 loss to Jamie Taxed in the state finals. It was the first time a had ever been rode out. I became really good at defending the legs after that match.

Best accomplishment was being good enough to have Tom Brands come to your house and give you a scholarship to wrestle for Iowa.

The best HS competition was Tony Sweeting, Nick Marin and Michael Elliott. The best college competition was in the room. Doug Schwab, Mike Zadick, TJ Williams, Jeff McGinness and on and on.

You became so dominant as an upperclassman that you made things look easy at times against tough competition. Was it easy at times?

I started out my HS career being tentative against ranked opponents, but after I wrestled them that way once, I started to open up and that was not to my opponents’ favor. After my state final loss, I decided to open up regardless of who stepped on the mat with me. It didn’t make it easy, but I had no doubt in my ability to win.

You held the career wins record for a bit there, how cool was that?

Records are cool and it means you had a great career. There’s a lot of great wrestlers that came through the barn.

I don’t think it would be much different. Good wrestlers are going adapt and overcome regardless.

I only wrestled during the season.

My style was being quick and efficient.

I played football, golf and baseball.

My hobbies are all something to do with being outside. Golf is my favorite, but I like to boat, fish up north and I like keeping the lawn on point.

Wrestling helped me become calm during chaos. I don’t get worked up easily. I don’t worry about things outside my control and always find a way to accomplish the mission.

I’m a superintendent and project manager for a general contractor in eastern Iowa.

I volunteer for the Liberty Wrestling Club and Tigers Baseball Club.

Did you have a lot of fun watching your brother Corey and his battles with, I believe Ben Scorpil from West Liberty and Doug Schwab of Osage?

They had some great battles. All three were great competitors.

Do you still get recognized by strangers when you attend state?

I do and it’s from wrestlers who are around my age.

I’d say make sure your having fun and set yearly goals. Don’t sweat the small stuff. No one cares about record as a youth wrestler, have fun.

My brothers from Wilton and U of I teammates. They know who they are.

Only thing I’ll add is that parents need to be good role models. Too many of them are screaming at the kids and referees. This makes kids not want to wrestle anymore and also makes it a hard sell for future refs. Your kids are not getting a college scholarship before HS. Let them enjoy the sport and set their own goals.