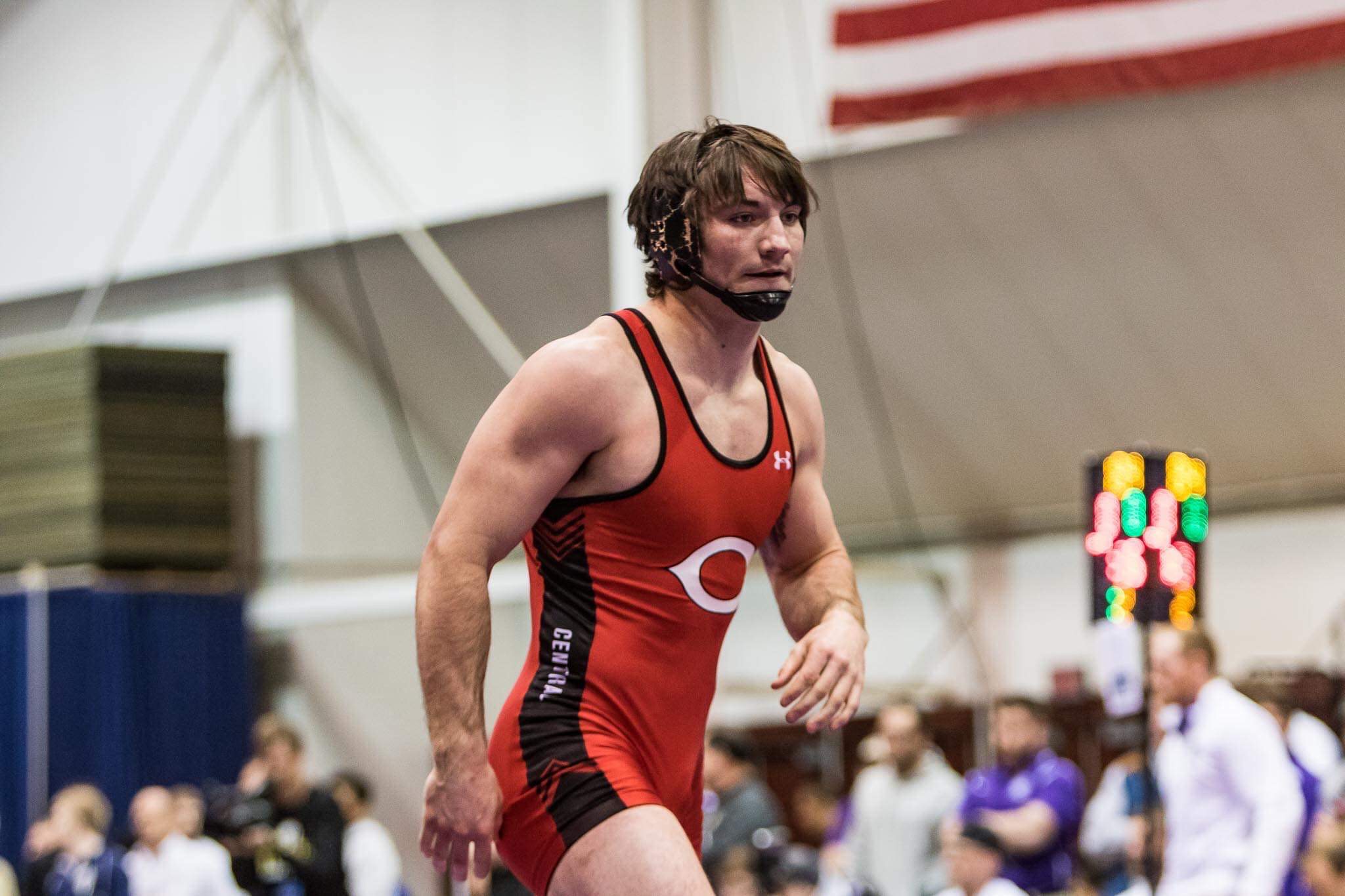 My mother’s side of the family grew up in Fort Madison which has a rich wrestling tradition. Plus my childhood friends all wrestled so it just fell into place.

Actually I am the only one in my immediate family that wrestled.

I was a couple time AAU state place winner. Justin Dilks from Mt. Pleasant was always a local rival growing up as well as Seth Davison from Fairfield! We all always had tough battles.

A lot of people don’t know that I lost only one match my Senior year. It was Senior night at BHS. It was the last match I ever wrestled at BHS I was ranked number 1 and lost to Number 3, Justin Krieter from North Scott. That was tough and haunted me. It fueled my training the rest of the season. I was able to avenge that loss in the state semis, 5-0.

I would describe my wrestling style on my feet as Iowa style. Hard nosed hand fighting, pushing the pace, good shot defense and controlling the mat. On bottom, quick and explosive to my feet as fast as I can. On top, I like to do tilts and turks and chain my top moves together to score lots of points. Never have been much of a pinner.

Jay Huff and Ross Patton molded me into the wrestler I am today. Huff showed me and taught me almost everything about mentality and also wrestling on my feet. Ross Patton showed me a lot of the technical moves that I did throughout high school and college.

In high school, our team was very competitive in the state. We qualified for regional duals my Jr. and Sr. year and placed 7th at the individual state tournament my Senior year.

In college I was at SDSU my first year. They were in a rebuilding year. I then transferred to Central college where we placed top 20 in the country every year I was there.

Honestly I loved reading and learning about Dave Schultz and how he impacted wrestling.

Definitely either my Senior year after my only loss or in the semis my Junior year.

I never wrestled at Junior Duals for team Iowa. I wrestled at Fargo every year, but I really wish I would have done Junior duals and more out of season tournaments.

Winning state definitely has to be the coolest so far. Seeing and feeling all the hard work pay off was an amazing feeling.

I wrestled Ricky Robertson when I wrestled for the USA Dream team vs Illinois. Sam Brooks, Jared Haught, Jeremy Sweeny, Steven Holloway and Nick Corba are all tough high school competitors I wrestled.

I wrestled all year besides during football season. Greco Freestyle and Folkstyle all year round.

I wrestled in College at SDSU under Coach Bono then at Central College under Coach Van Kley.

I also played football at Central as well.

Anything University of Iowa, the Pittsburgh Steelers, Minnesota Wild, and Pittsburgh Pirates.

I am currently a PE and health Teacher at Burlington Middle School.

I am the head strength coach at Burlington High school and also have been on the Iowa Greco coaching staff.

Treat every practice and every situation as if it were the situation that wins you a state title. Don’t just go through the motions train as hard as you can when you train.

Any chance we can see you wrestle again at an old timers tournament?

I’m not an old timer yet but I still break out the shoes every so often.

Any interesting facts that wrestling fans may not know about you?

I won state my senior year with a separated shoulder on Saturday and turned around and had surgery on Monday. We had it all planned out so I could wrestle my Senior year and then get surgery directly afterwards so it wouldn’t interfere with Freestyle and Greco season .