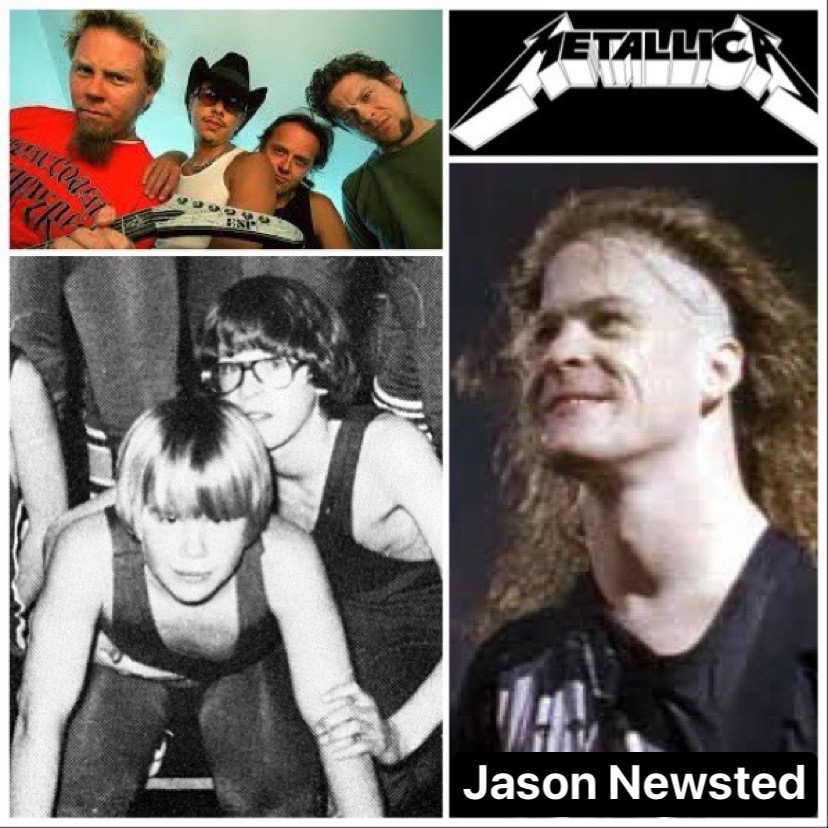 There are a ton of wrestlers out there who are Metallica fans. I know this for a fact. I have completed “Remember The Wrestler” articles on hundreds of you and in every article I ask the question, “what kind of music did you listen to during wrestling?” And roughly 98% of you have listed Metallica as being one of your primary “go-to’s” that you put in your “Discman” to prepare for a match.  Now, considering what the title of this article is, I am 100% certain that AT LEAST 99.9 % of you raged-out wrestler-Metallica junkies out there have already run out of your house in a frenzy, trying to find me so you can spladle me while informing me of a common belief amongst many Metallica fans, that “Jason Newsted isn’t Metallica’s REAL bassist, but will always be the guy that replaced Cliff Burton.” But for the .01% of you who have been patient enough to read to this point, I would like to first, thank you for your patience and second, inform you that Jason Newsted actually wrestled when he was in school! I don’t know how long he wrestled, when he wrestled or how well he did in wrestling, but he did it at one point or another in the Niles, Michigan region in which he grew up. So CHILL OUT, YA LUNATICS! AND GIVE A FELLOW WRASSLER THE RESPECT HE DESERVES!!! JEESH! I mean, what did you expect the man to do? Turn down the chance to play bass for Metallica because someone else did it before him? Lol, get real.

So yeah, Jason Newsted joined Metallica in 1986 when former Metallica bassist, Cliff Burton passed away in a tragic accident. He was the bassist for Metallica for their self-titled album Metallica (1991) aka “the black album,” which is the best-selling Metallica album to date, as well “Load” (1996), ReLoad(1997), and Garage Inc (1998). Jason was also a member of metal bands Echobrain and Voivod and actually toured with Ozzy Osbourne. He was inducted into the Rock And Roll Hall Of Fame in 2009 as a member of Metallica.