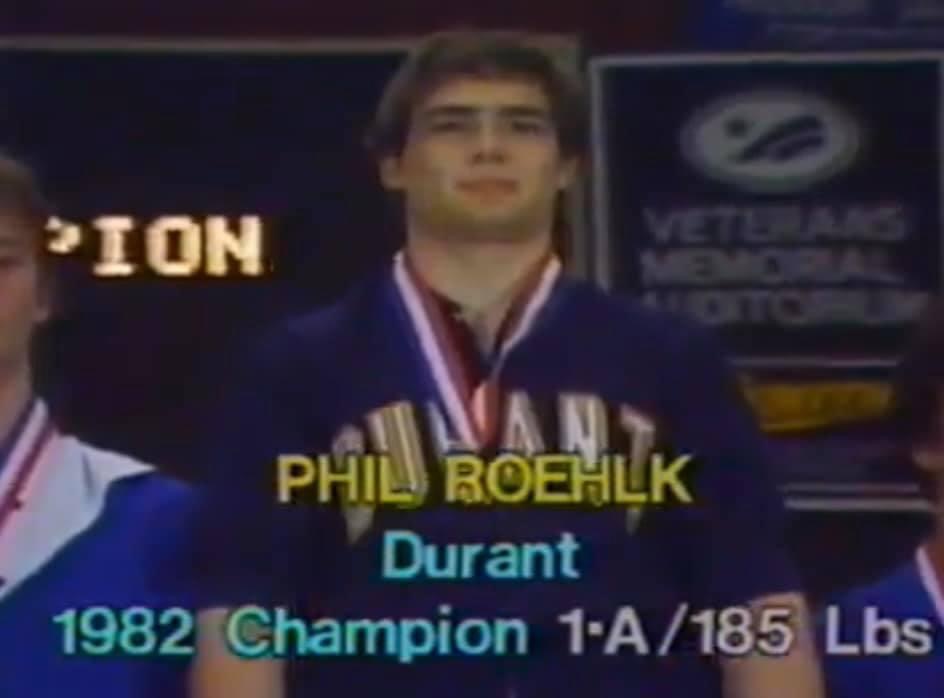 Phillip Roehlk was a very exciting, explosive wrestle who was fun to watch, for he wrestled at an upper-weight and could just launch his opponents who weighed 200 pounds plus. He came from a family of unbelievably great athletes and from a school with fantastic tradition. He was a big part of a Durant wrestling squad that made an incredible run in the wrestling scene back in the 70’s and 80’s… A run that was so impressive, that it is not uncommon to hear about them decades later. And to say that Phillip played an instrumental role in this squad is an understatement, for he was a state champ, so he was obviously a huge contributor to the accolades those Durant teams reached in his day. 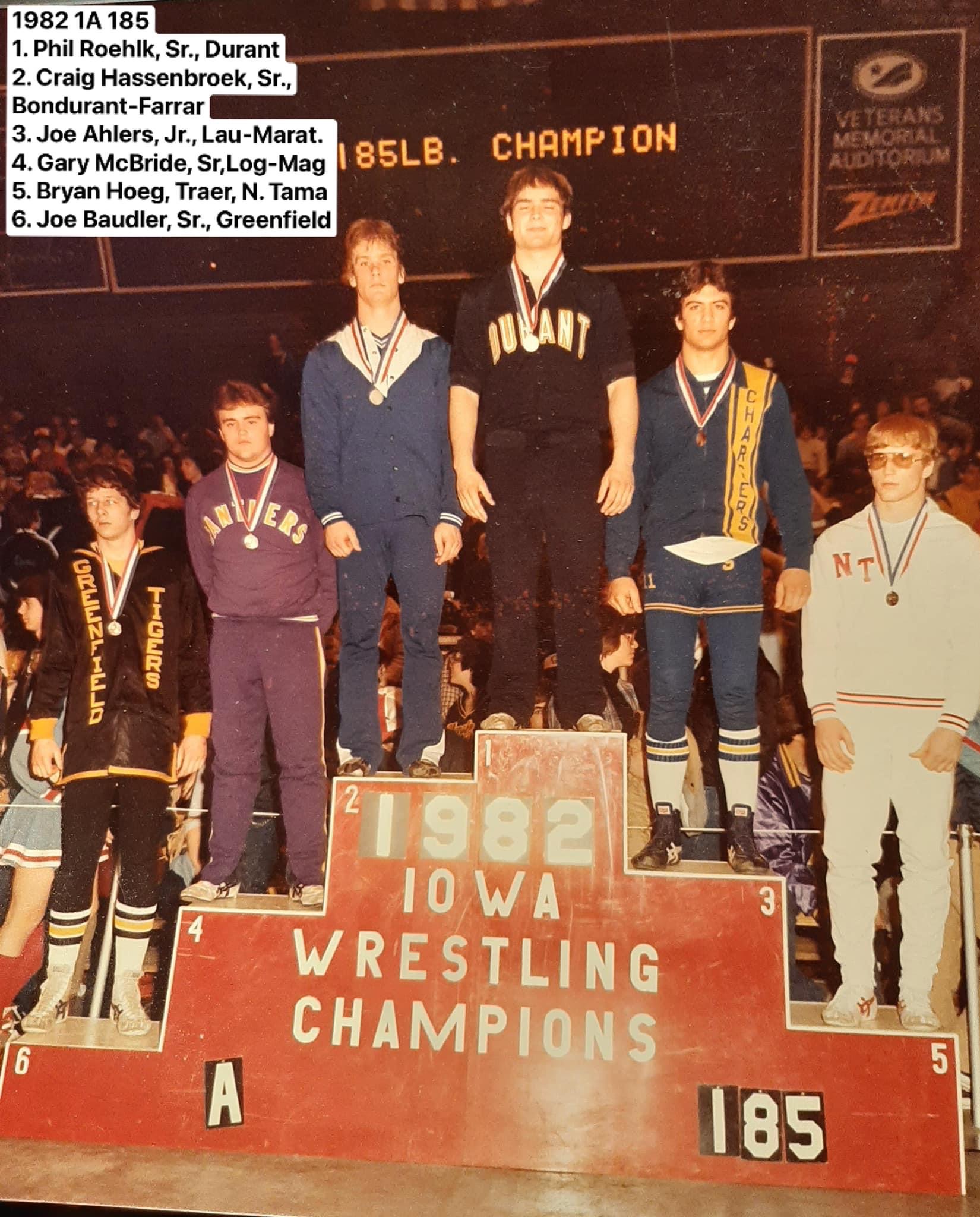 Here is the wrestling journey of Phillip Roehlk!

PINDOX: Where did you wrestle in HS?

PINDOX: When did you start wrestling?

PINDOX:  What other sports did you play?

PR: I was involved in football, track and baseball.

PINDOX: Did you have any other family members who wrestled?

PR: My brother John was a 1979 grad who got 5th place at state.  He was also the 1983 Iowa football captain and is in the Arena Football Hall of Fame. My Brother Tony as well. He was a 1985 grad who beat State Champion Brett Stoneking in a dual meet,  but he couldn’t hold the weight as a freshman. He burned out and came back to wrestle as a senior. 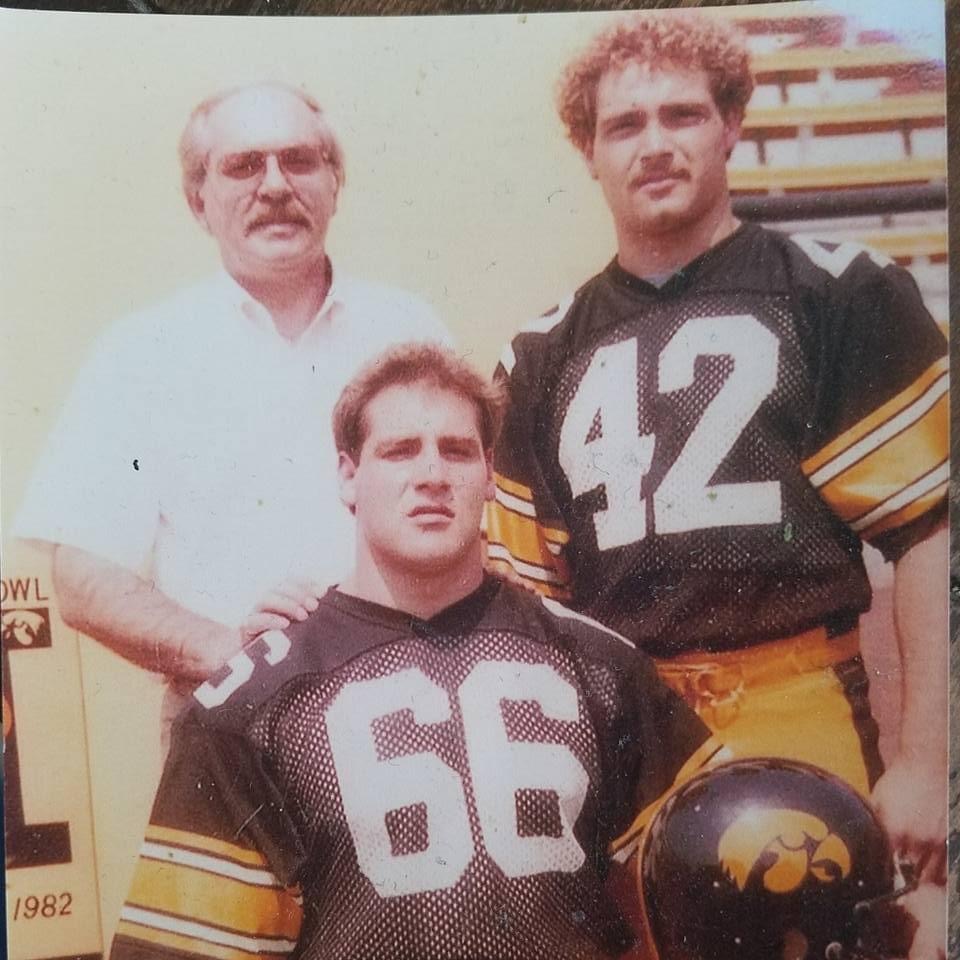 PINDOX: Did wrestling come natural for you? How did you do in youth wrestling?

PR: I got 2nd at Bettendorf as an 8th grader, at least I didn’t go swimming! If you lost, you would go swimming, so it was fun anyway. I also got 1st at the Durant Junior Classic in 8th grade.

PINDOX: How did you do in HS wrestling?

PR: Freshman year was average, sophomore year I was JV until conference. Nobody wanted to wrestle HWT, so I was able to get 3rd at conference and 3rd at sectionals. Junior year was as a disappointment. I was rated 6th at HWT and choked in sectionals (3rd). Senior year I was State Champ. 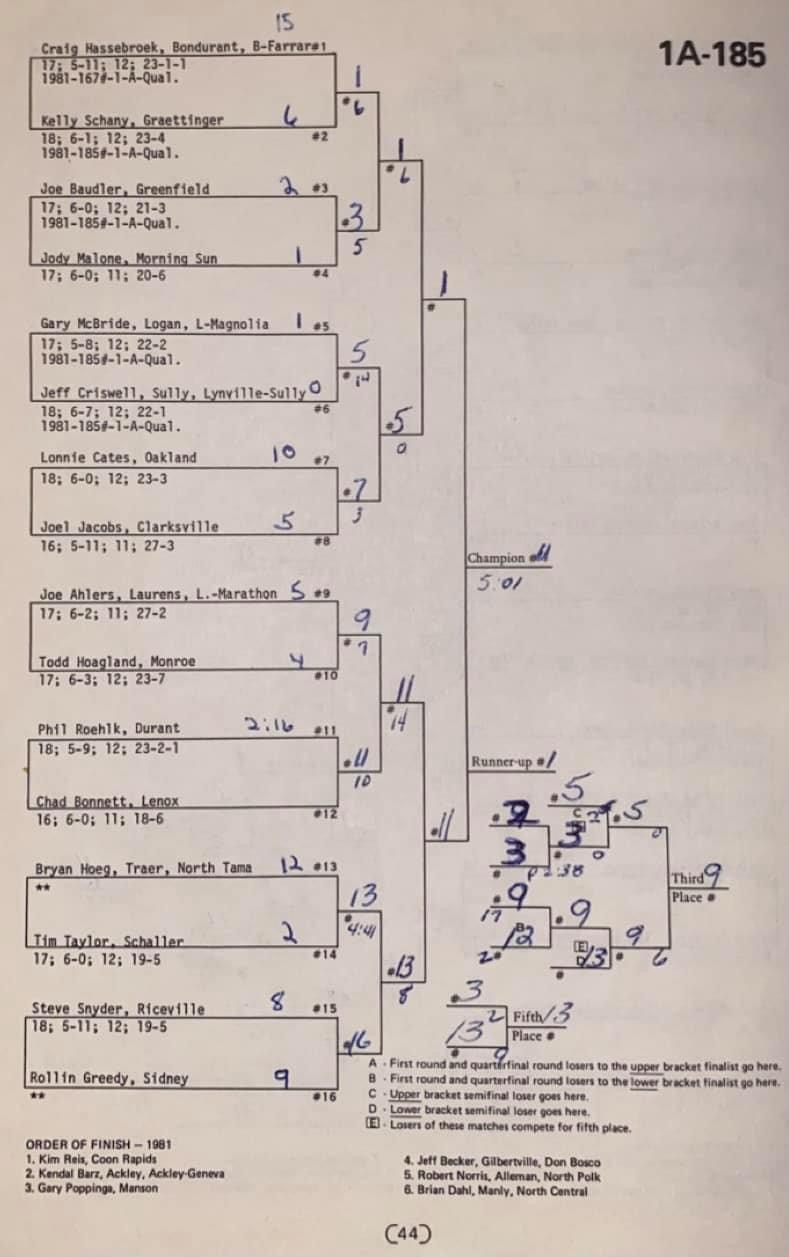 PINDOX: What were some of the adverse situations you faced in wrestling?

PR: My challenges, just getting by. I never had to cut weight so I was lucky.

PR: I was a thrower, no technical skills at all.

PINDOX:  Who were some of your most influential coaches?

PR: Besides Coach Rogers, I had Coaches Busby, Ronquillo and Reynolds.

PINDOX: Was your team competitive?

PR: They were very competitive. The teams were 33-3 in dual meets, but we always seemed to burn out at sectionals. 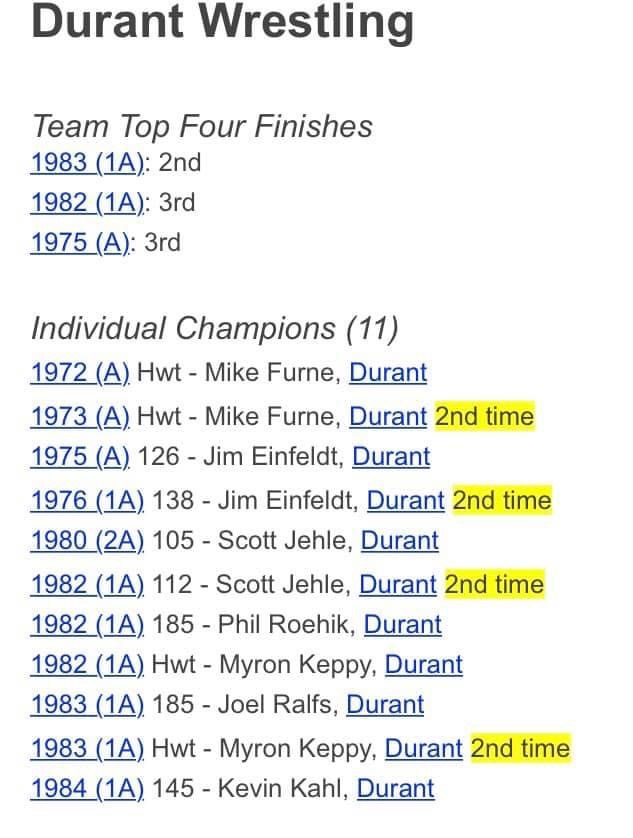 PINDOX: Who were some of your favorite wrestlers to watch?

PR: My brother Jon was always fun to watch, he was just a beast, no wrestling technique at all, but he was a pit bull going after a poodle.

PINDOX: Who is the Iowa HS wrestling GOAT?

PR: Greg Randall was in my class, but the last 2 years his brother Steve dominated.