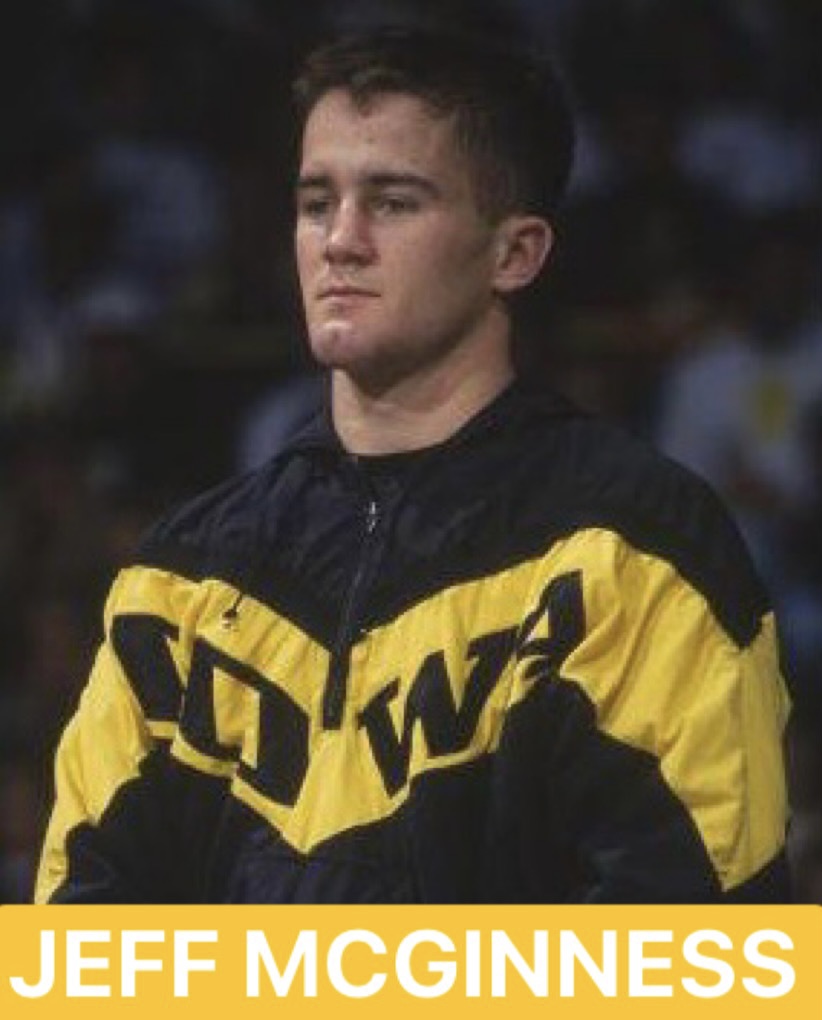 INTRO: Jeff McGinness was a wrestler who came out of Iowa City HS ‘93. He was a 4X undefeated state champion with an incredible HS record of 172-0. On top of this, he was a Cadet and Junior National champion, a USA Dream Team member, a world champion… The list doesn’t seem to end. At the collegiate level, Jeff was a 3X AA/2X NCAA National Champion for the Iowa Hawkeyes and amassed a career record of 127-16 there. For those of you who weren’t fortunate enough to watch him wrestle, he was a guy who was so good, that he made even the most daunting tasks look easy. He is widely considered the GOAT wrestler to come from the state of Iowa.

Nowadays, Jeff is a coach at Simpson College and by all accounts, does a fantastic job there.

When you watched Jeff compete at any level, he seemed flawless. His technique, athleticism, intensity, etc. were all 100% on point seemingly every time he took the mat. And his results obviously backed it up. He had wrestling down to both a science and an art form. And while it was an amazing experience to watch him perform his craft, it was difficult feeling like your own wrestling journey could, in any way, be relatable to Jeff’s journey because he seemed to be the wrestling poster boy for perfection. I mean, if it was one thing most people would feel confident that they were light-years BETTER than Jeff McGinness at, it would be failure and struggling. Most people watched in awe.

With that said, Jeff was gracious enough to chronicle a humbling experience he had while practicing for the USA Junior World Team. This story is not only clarity that Jeff McGinness is indeed human, but also very inspirational and a great source of motivation, for no matter how good you may be at the sport of wrestling, you should never stop learning and/or working hard, for there’s always going to be someone out there who can bring you back down to earth.

Here is what Jeff McGinness had to say about a humbling, yet valuable experience he endured on the wrestling mat when he encountered Soviet and Russian, Sergei Beloglazov… a 6X World Champion and 2X Olympic Champion. 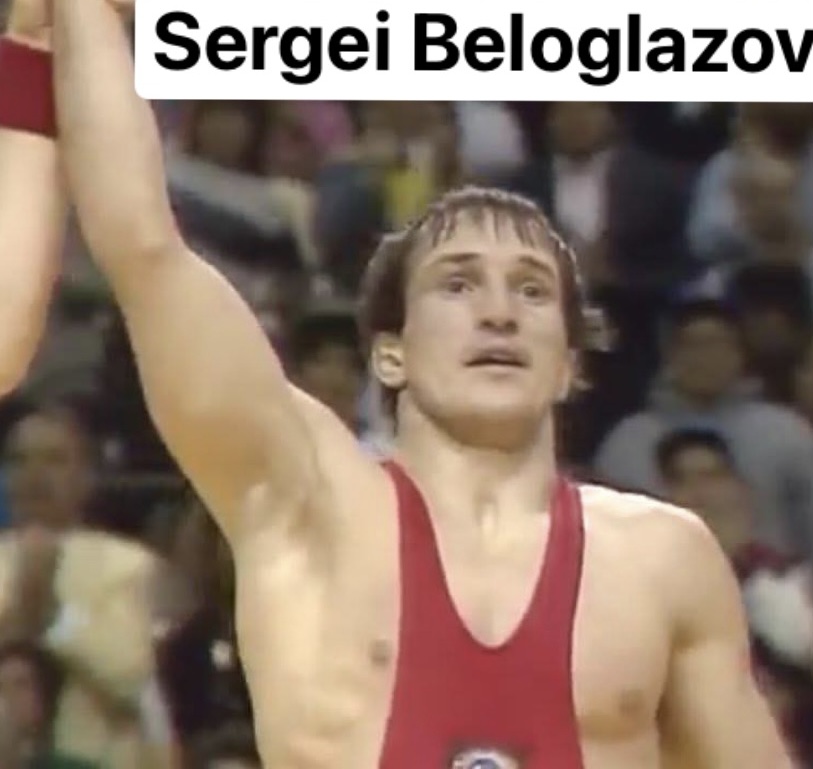 JEFF MCGINNESS: In 1992, as a high school junior coming off a Junior World Title, I had the “pleasure” of working out and wrestling live with Sergei Beloglazov.  Mind you, I had no idea who he was at the time as I was matched up with him at the USA World Team member practices in between sessions at the NCAA wrestling tournament in Oklahoma.  In the previous session I was matched up with word team member Cory Baze from OSU with his coach, Joe Seay, watching on.  Honestly, it wasn’t a fair matchup for Baze as I had already grown out of the 114.5 weight I won a world title at and was up to 125.  Baze, by comparison, was barely 105.5.  Shortly into the live session, and after his coach was already questioning the matchup, Baze shot in and I caught him in a chest wrap. I faked one way, went the other, and his elbow snapped.  Coach Seay was not happy, wondered who the hell I was, and banned me from working out with any of the other team members.

Next day I show up and my personal and club coach, Keith Mourlam, says I got a “guy” for you to wrestle with but he doesn’t speak much English.  The guy, whom I later find out is Sergei, wanders over with some 1985 looking sweat outfit and some vintage torn wrestling shoes.  In my head I go “this shouldn’t be too bad…..”  We start drilling, as any practice would, in rounds of 3 and slowly working into it.  However, unlike normal, things quickly escalated.  After about 5-6 round I found myself struggling to get to and finish my moves.  I shoot, he counters and scores.  He shoots, changes to some weird arm tie, and bounces me on my head.  This goes on for a good while so I figure we had just transitioned to going “live” so I start to pour it on ….. as if.   Things go from bad to worse quickly with everything I do being turned into a counter attack, a throw, or a roll.   The “guy” then starts working on a two on one series. He grabs my arm, I post, he scores.  He grabs my arm, I sag, he scores,  He grabs my arm, I attack top hand, he scores.  This goes on for a good 5 minutes with no move he hits being the same.   Everything is seamless, flawless and built on everything I did to try to counter.  Finally, after about 15 minutes he pauses, looks at me, and says “break and live now?”  This is where things get a little blurry for me but I did score ……. Once.

Flash forward to my freshman year at Iowa and the tryouts/coaches clinic with a guest clinician, Sergei Beloglazov, showing a two on one series.  Yep, between the drilling and live he hit everyone of the 20+ finish variations he showed on me a couple years prior.  Certainly an amazing and humbling experience.