If your read David Kjeldgaard’s GOAT article, you may recall this paragraph towards the end of the article:

“You know who David Kjeldgaard‘s career kind of reminds me of? And I doubt anyone has ever made this comparison….Mark Schwab. Both were one of the best HS wrestlers in their days on a state and National level, both had 2 brothers and 1 sister (both sisters were athletic and rumored to have huge potential as female wrestlers), both had career altering knee injuries and both make it a priority to help others.”

So naturally, I decided to look a further into that to see if I was crazy or actually on to something… here is what I found:

1.) TO START: Both Mark and David come from families that consist of 3 brothers and one sister. The Kjeldgaard siblings are Doug, David, Duane and Darci. The Schwab Siblings are Mike, Mark, Julie and Doug.

2.) All Schwab and Kjeldgaard brothers placed or won state.

3) Both of them have been heard making comments about how good their sisters would have been if they had girls wrestling back then. David Kjeldgaard had this to say about Darci: 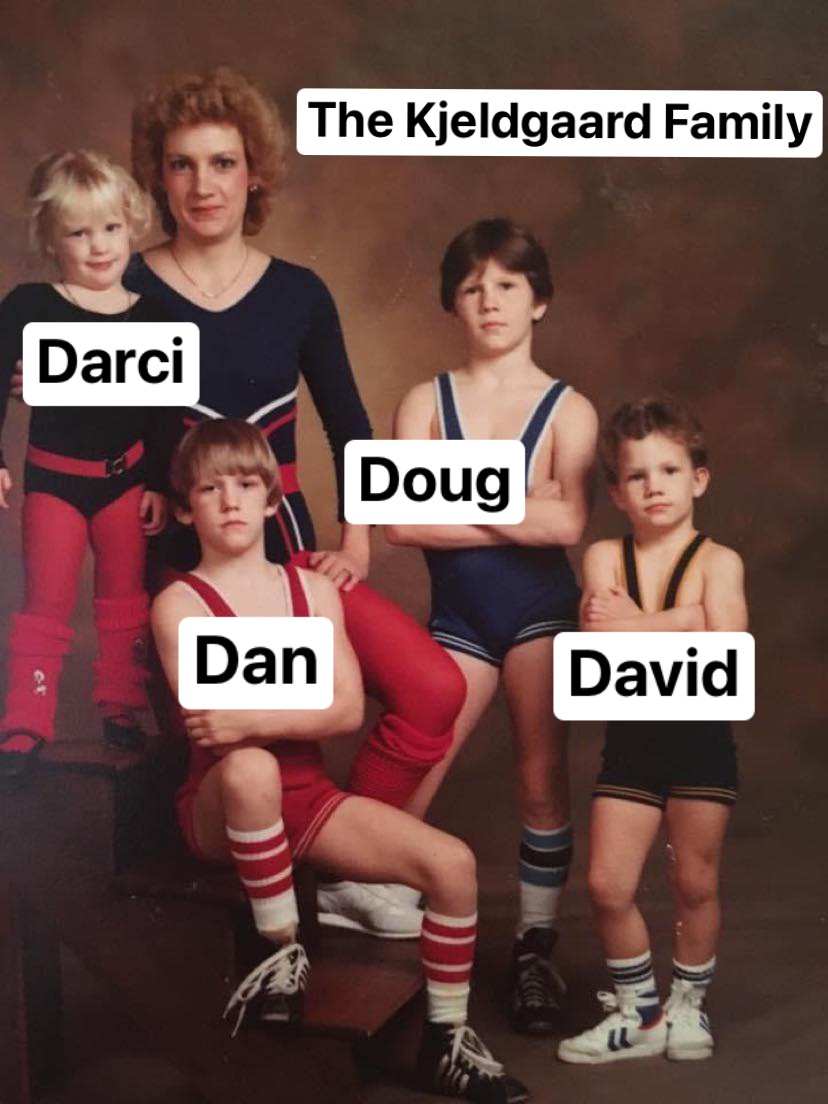 DAVID KJELDGAARD: Darci absolutely would’ve been a great wrestler. She went on to be a great soccer player after high school, but more than anything she was a huge supporter for us along the way.”

Mark had this to say about his sister in his Remember The Wrestle article: 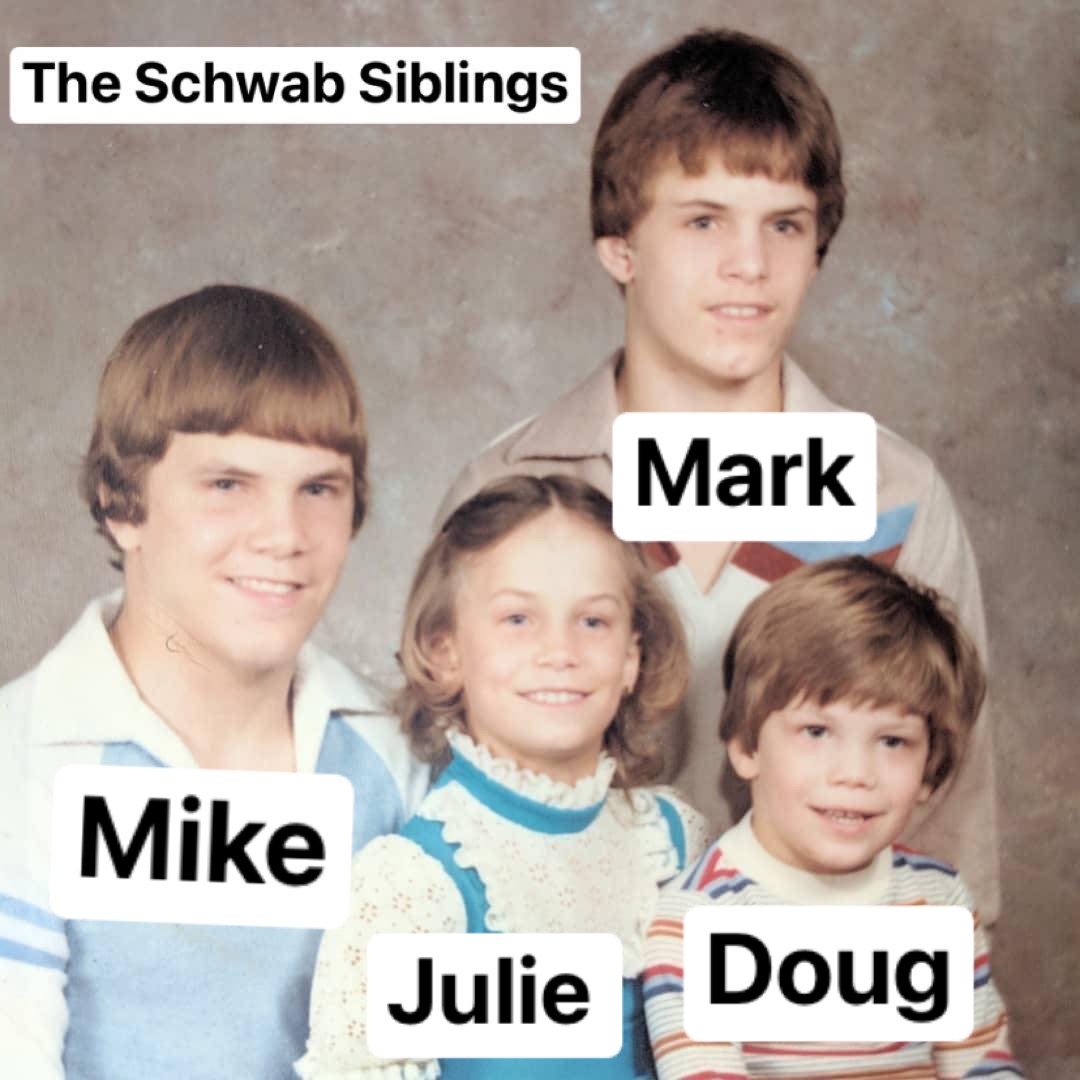 MARK SCHWAB: “I have a sister Julie & if wrestling would have been available for girls / women back then, she’d be the one you’d be interviewing for this article.”

4.) Both David and Mark have a brother named “Doug.” Both Doug’s won 1 state title when they were Seniors.

5.) Both David and Mark were incredibly successful on the National circuit… Mark won 4 Junior National Titles, while David won 6.

6.) Both David and Mark Placed at state all 4 years.

8.) Both David and Mark were undefeated their last 3 years of HS.

9.) Both David and Mark were the top recruits at their weight class coming into college.

10.) Both David and Mark started out hot in college, but suffered career-altering knee injuries. The types of injuries in which if they wrestled in modern times, the advancements in the medical field would have allowed them to make close to a full recovery, but unfortunately, it was at a time where it was tough to recover from said injuries. Had they not suffered these injuries or had things been more advanced back then, it is VERY likely you would have heard of both of them winning an NCAA/Olympic/World/etc. title. They would have won something huge, put it that way.

12.) Both guys prioritize and dedicate a large portion of their lives to helping others and improving the world by utilizing what they have experienced, studied, gained and learned in their own lives and have made a very positive impact on the world.

13.)AND THE KICKER: I didn’t realize this when I posted David’s GOAT article, but Mark Schwab was one of his Assistant Coaches at Lewis Central his Junior year of HS. He was in David’s corner when he won his second state title. 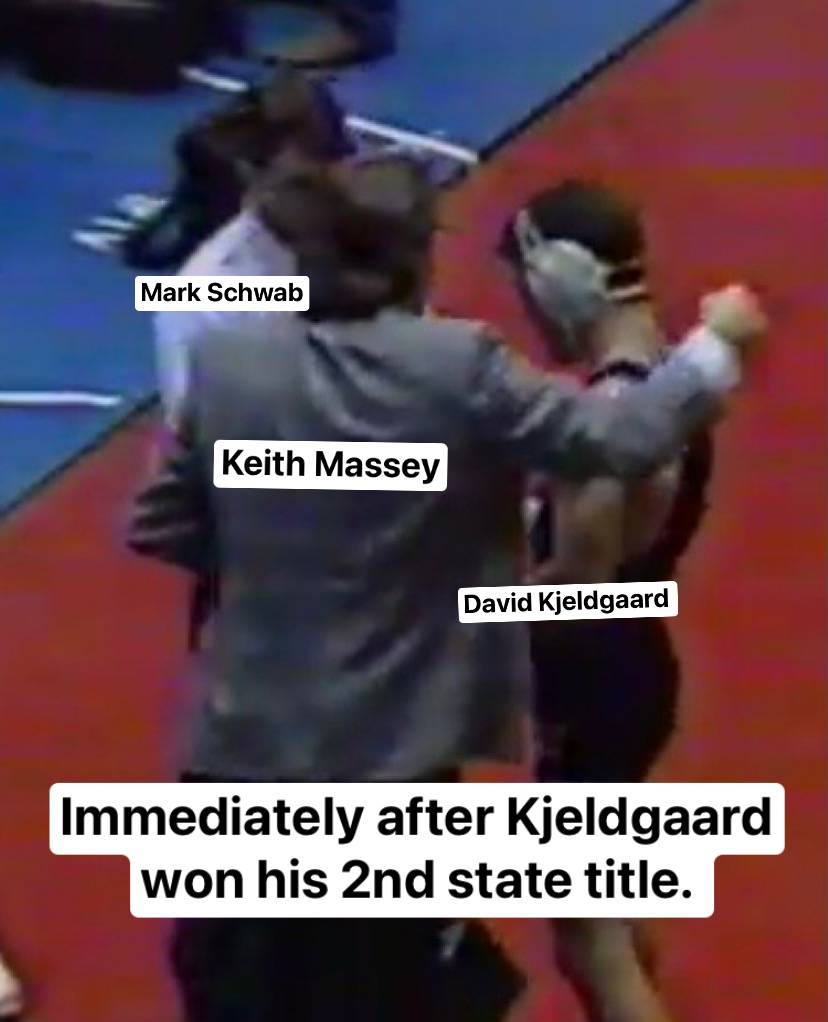