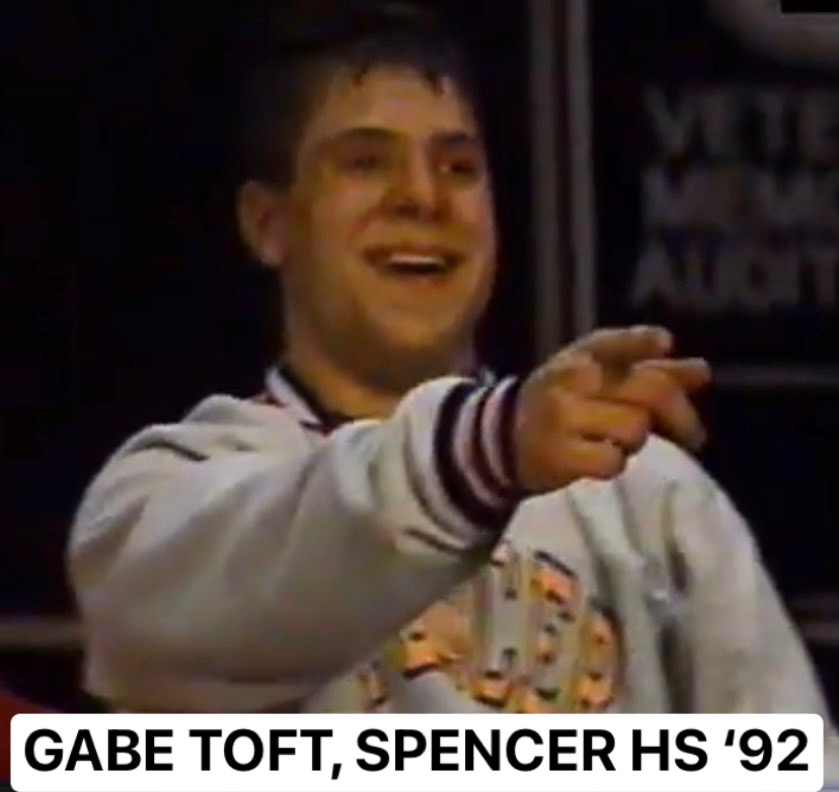 In 1991, a Junior at Spencer HS, Gabe Toft did something incredible. He came into the state tournament at 3A 285 with a 24-9-1 record and placed 6th in the Iowa HS state wrestling tournament. What’s so incredible about this, you may ask? Well, the fact that it was only Toft’s first year of wrestling when he did that. Prior to 1991, Toft spent the winters playing basketball.

So Toft still had another year left… do you think it was a fluke that he placed at state as a Junior? Did he just kinda get lucky and sneak onto the podium?! Short answer: No.

Toft won state the next year. He made the finals and defeated Mark Mitchell of Iowa City High 8-4 to put his name in the history books. He came into the tournament with a 32-4 record. 2 of his 4 losses to Jay Huff of Sheldon, the guy who placed 3rd in 2A. The others were to Eric Kaub of Denison and Jay Bell of Albert Lea, Minn. Kaub was also a state 3A qualifier.

Toft’s pure athleticism for sure played a role in his ability to catch on to and dominate in wrestling so quickly. He was an elite-level football player at the Defensive Tackle position. So elite that he played football at Iowa State on a full ride. He also placed 3rd at the Drake Relays in the Shot Putt. 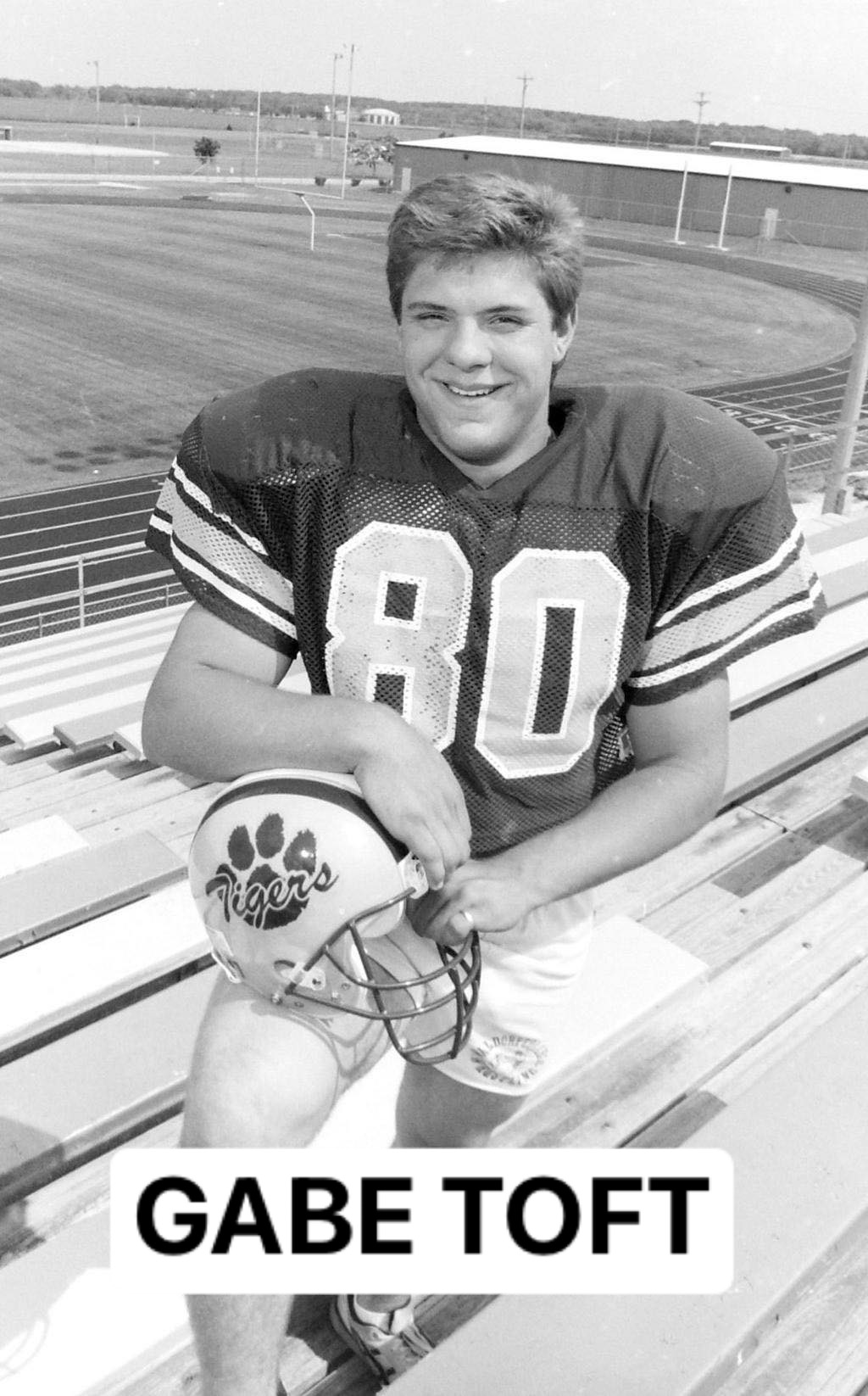 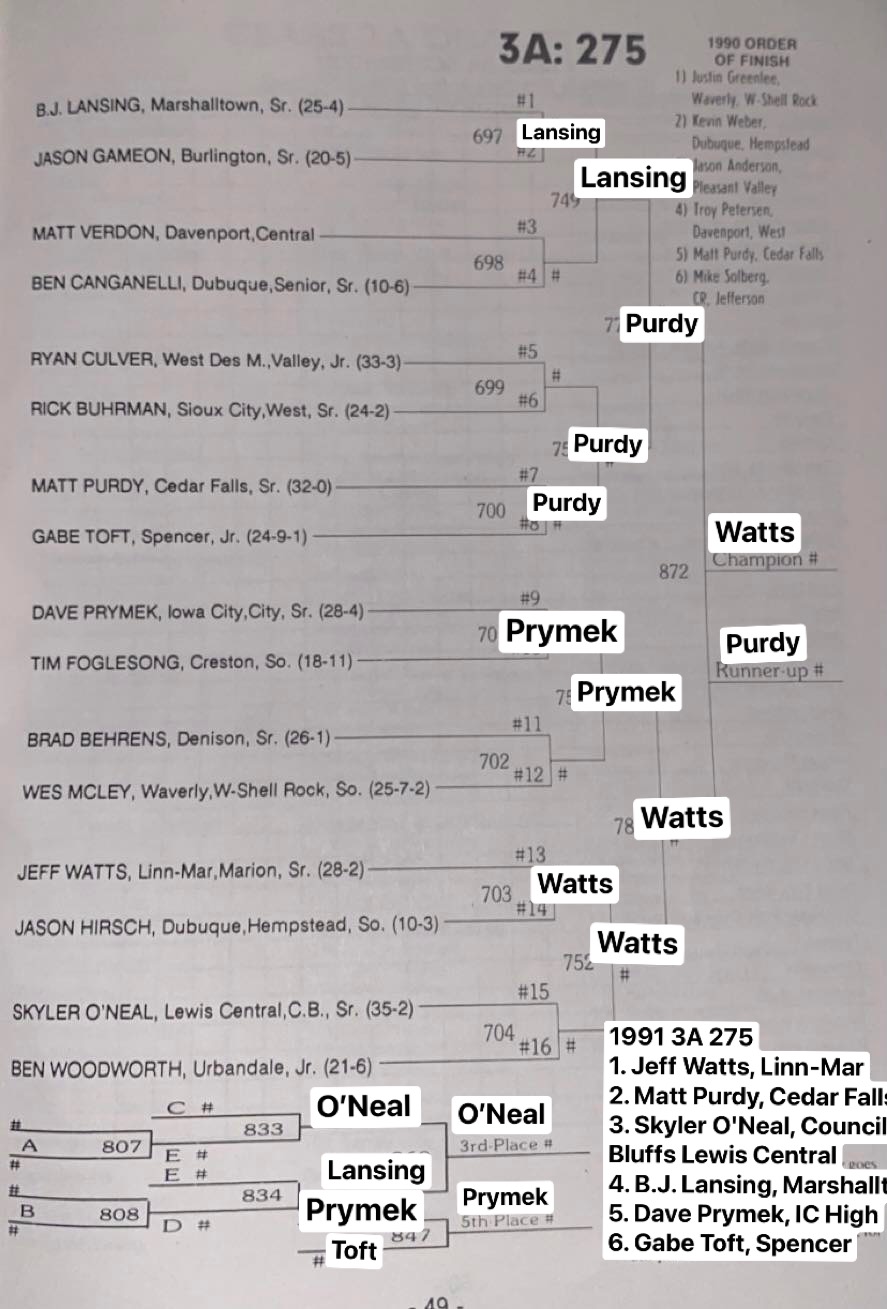 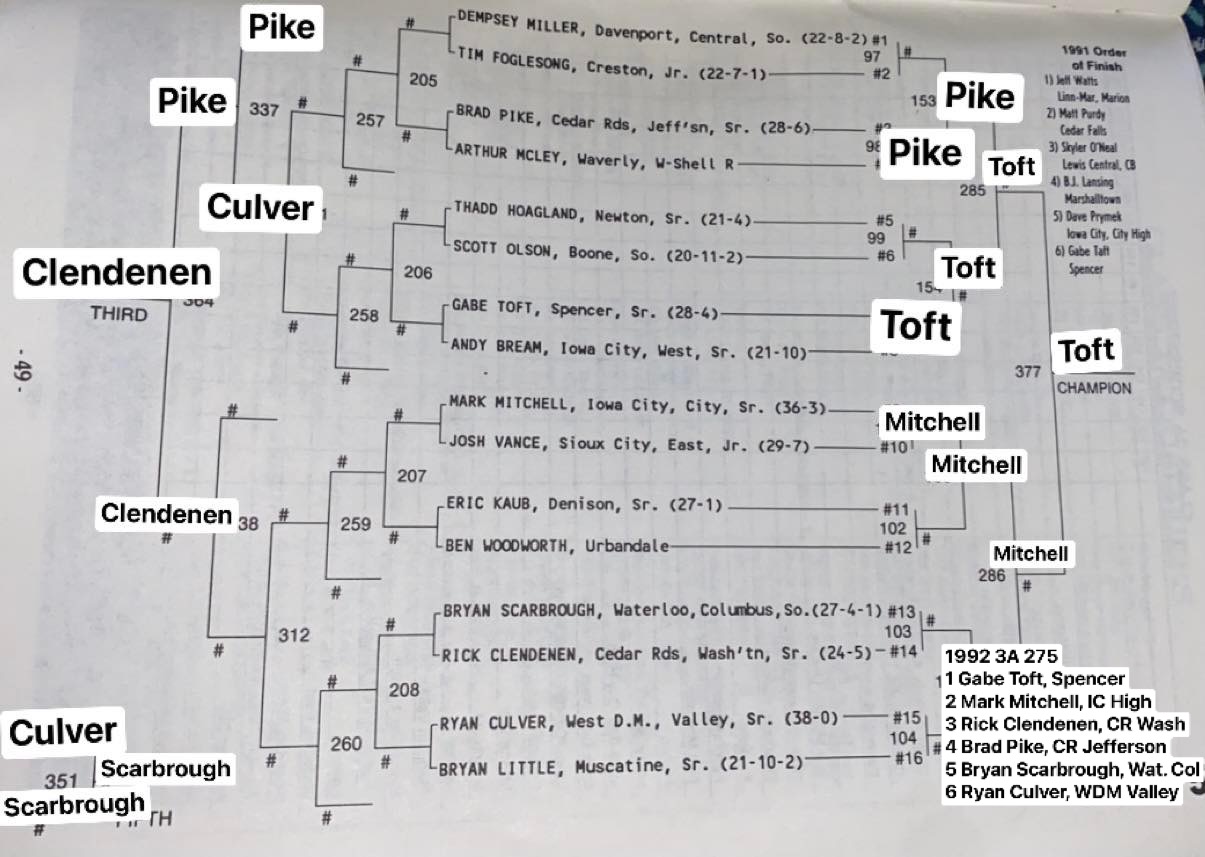 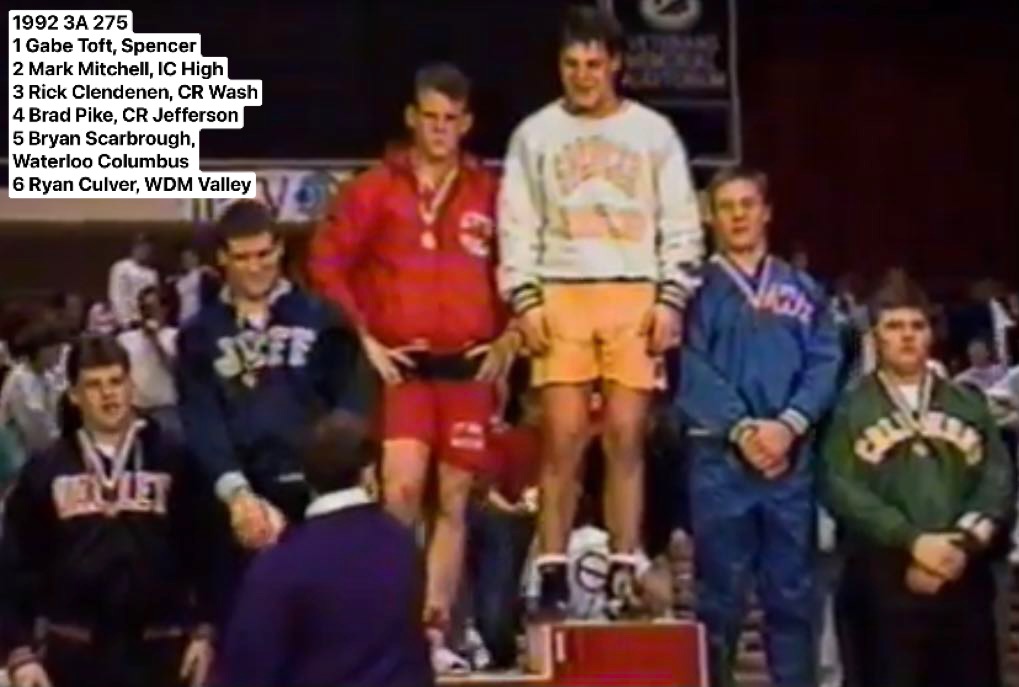