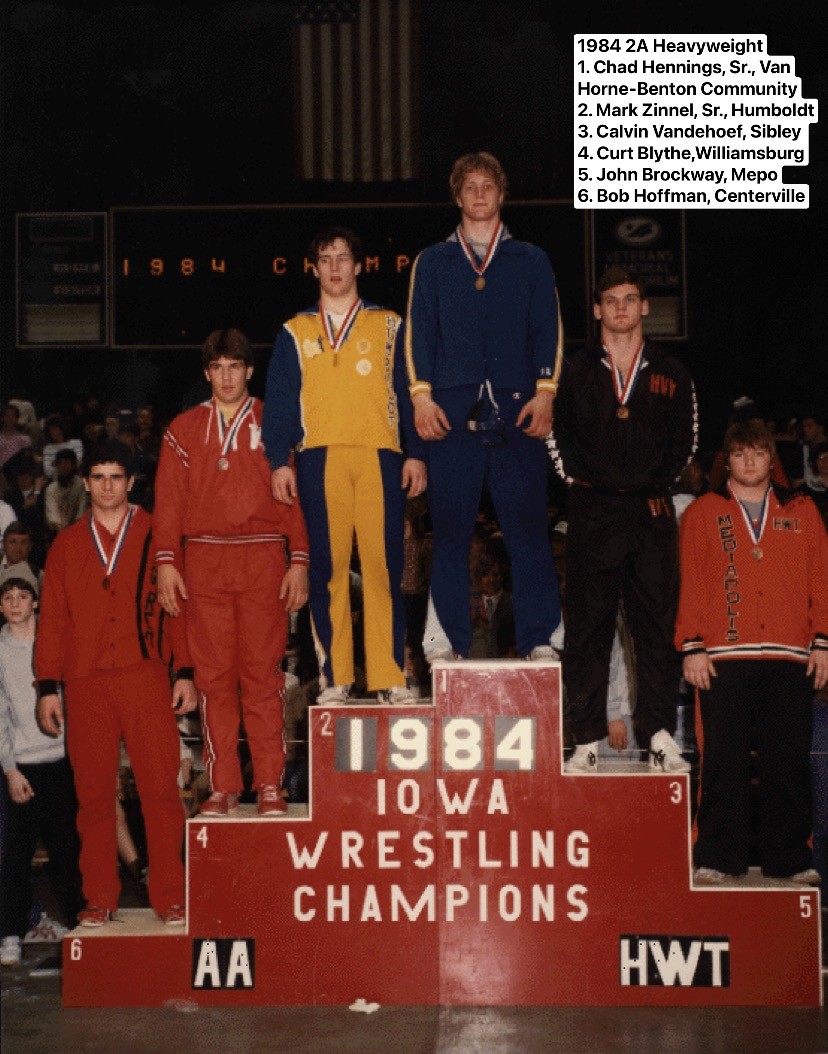 I have something in the works on Chad Hennings, but first wanted to note a few cool things about this weight… 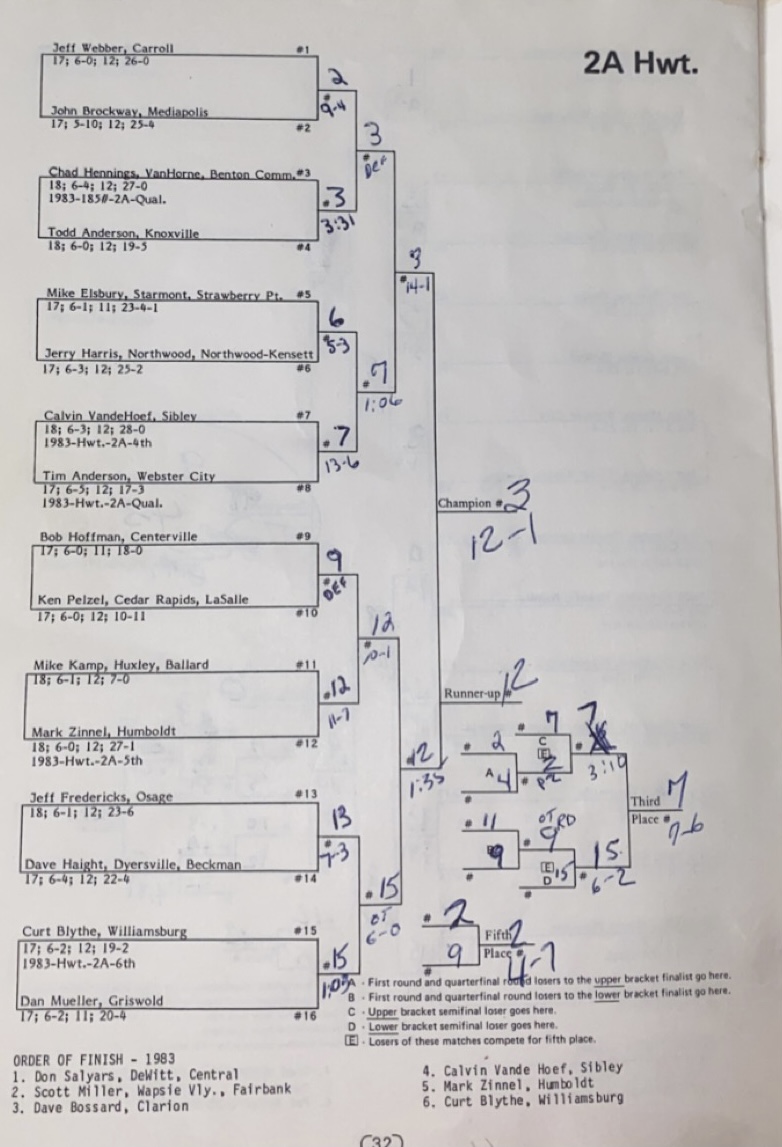 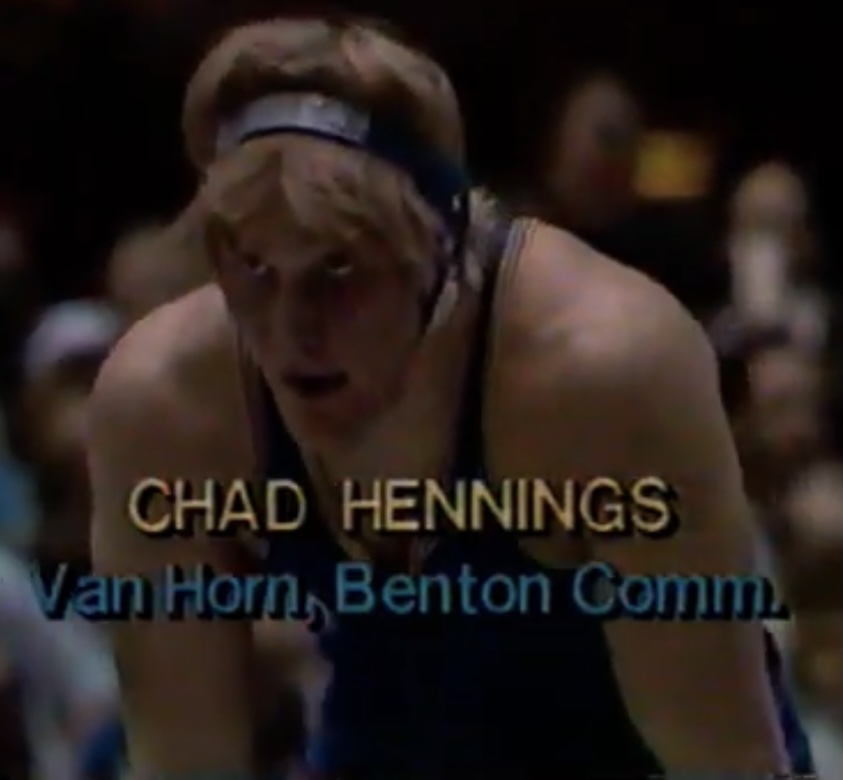 *Chad Hennings won this bracket. It was his 2nd appearance at state, for he qualified the year before. His HS head coach was Jerry Eckenrod. 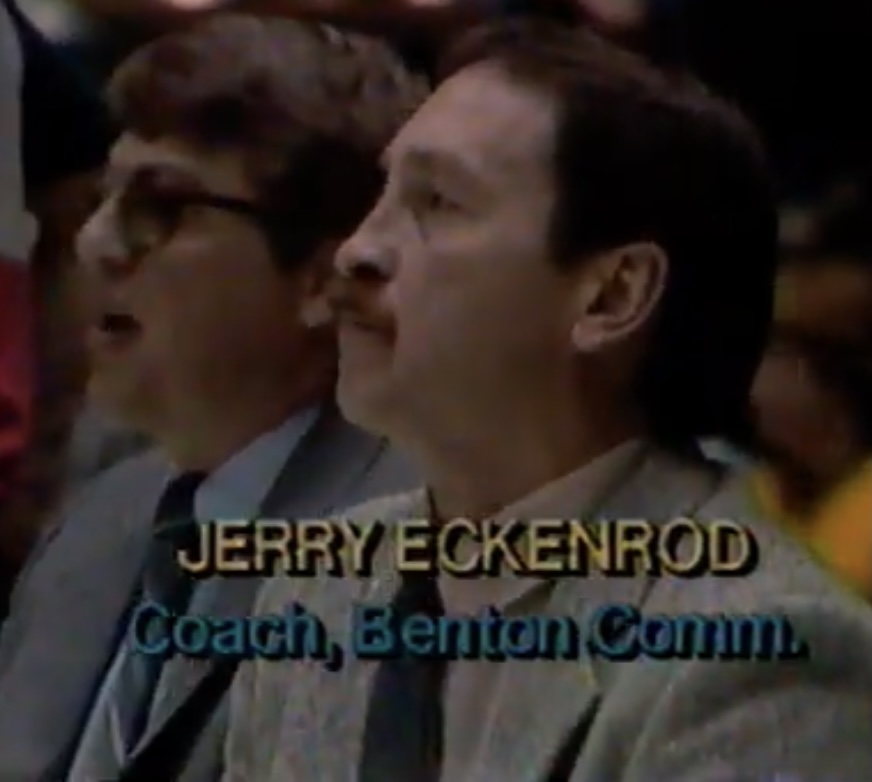 Hennings went on to become a Defensive Tackle in the Air Force before becoming a Gulf War Pilot and then a Dallas Cowboy! He is now a Christian motivational speaker and the author of a self-help book. 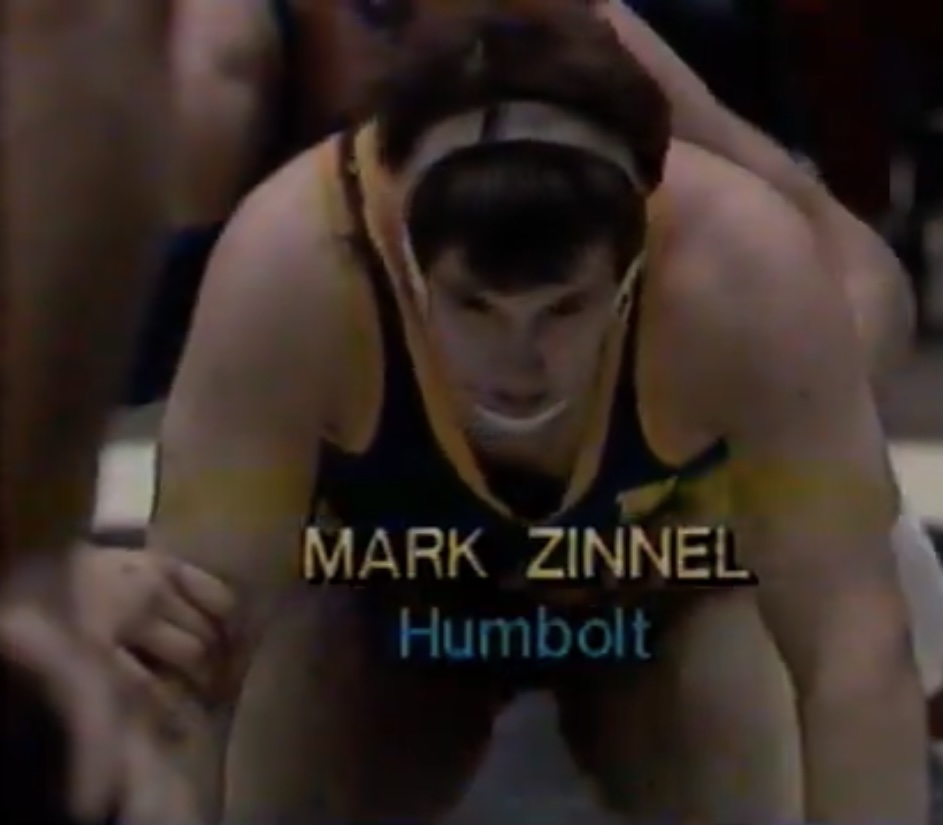 *Mark Zinnel from Humboldt. There was a Curt Zinnel around my age (‘01) and a Mike Zinnel around my brother Justin’s age (‘03) both from Humboldt. I’m sure they are related to Mark somehow. He had a great career. A 2X placer who came into the tourney with a 27-1 record and placed 2nd. 3 out of the 4 guys he wrestled at state were undefeated coming into the tourney… the only guy who wasn’t undefeated, was his semifinal opponent, Curt Blythe of Williamsburg who was 18-2. Mark’s HS HC was Joe Fitch. 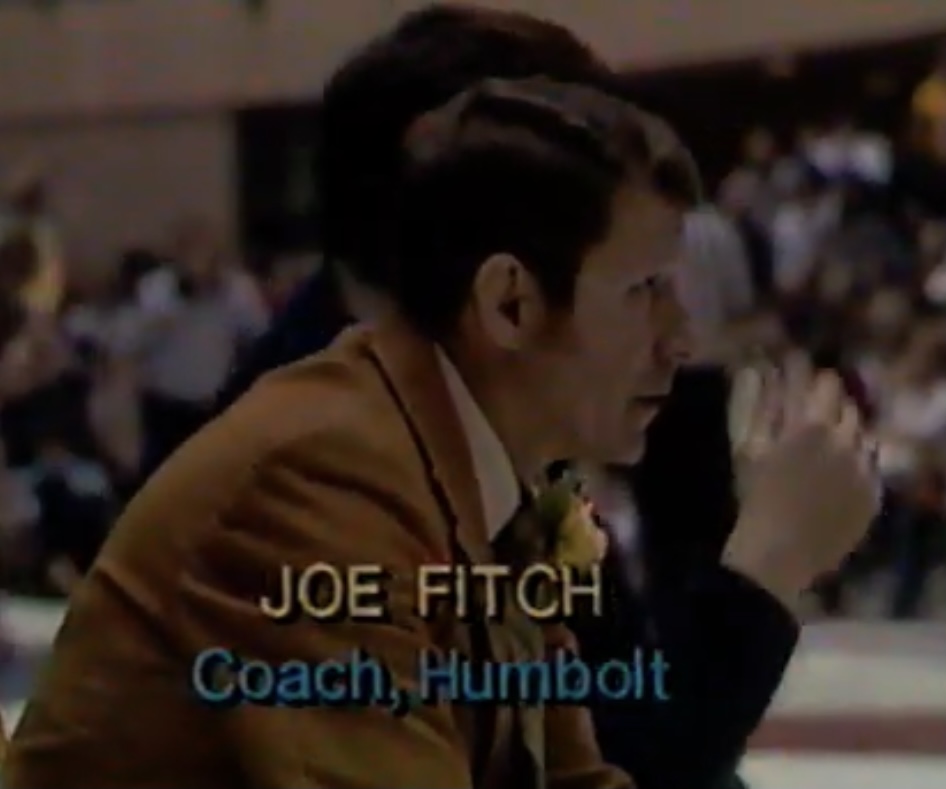 *Curt Blythe of Williamsburg placed 6th the year before at 2A HWT and 4th in this one. He ended up having 4 sons who were great wrestlers just as he was; Holden, Trenton, Austin and Corbin Blythe. Holden and Austin were both state champions in the late 2000’s/early 2010’s. Austin won 3 titles and was a 4X state finalist…all 4 years he was a HWT and was a mere 3-1 loss to a Senior as a Freshman away from becoming a 4X state champion… He is arguably the greatest Iowa HS wrestler in Iowa history. They are a great football family as well. I want to say a couple of Curt’s sons played football for the Central Dutch and Austin was a standout for the Iowa Hawkeyes and is a current OL in the NFL for the KC Chiefs. He played 4 solid seasons for the Rams prior to joining the Chiefs this past offseason.

*I’ve never met John Brockway despite being from the same tiny town as him, but I always heard him referenced by our coaches when I was a kid while showing technique. His HS HC was HOF’er, Dan Cummings.

* Vande Hoef placed 4th at state the year before at 2A HWT. He went on to have a great career at Purdue where he would qualify for the D1 NCAA National Tournament multiple times.

* Bob Hoffman would place 4th at state the next year, making him a 2X placer. He would end up playing football in college at Ellsworth CC and Akron and would play a half season professionally for the Cleveland Browns. He ended up having a nice MMA/UFC career in which he won 36 of his bouts with only 10 losses.