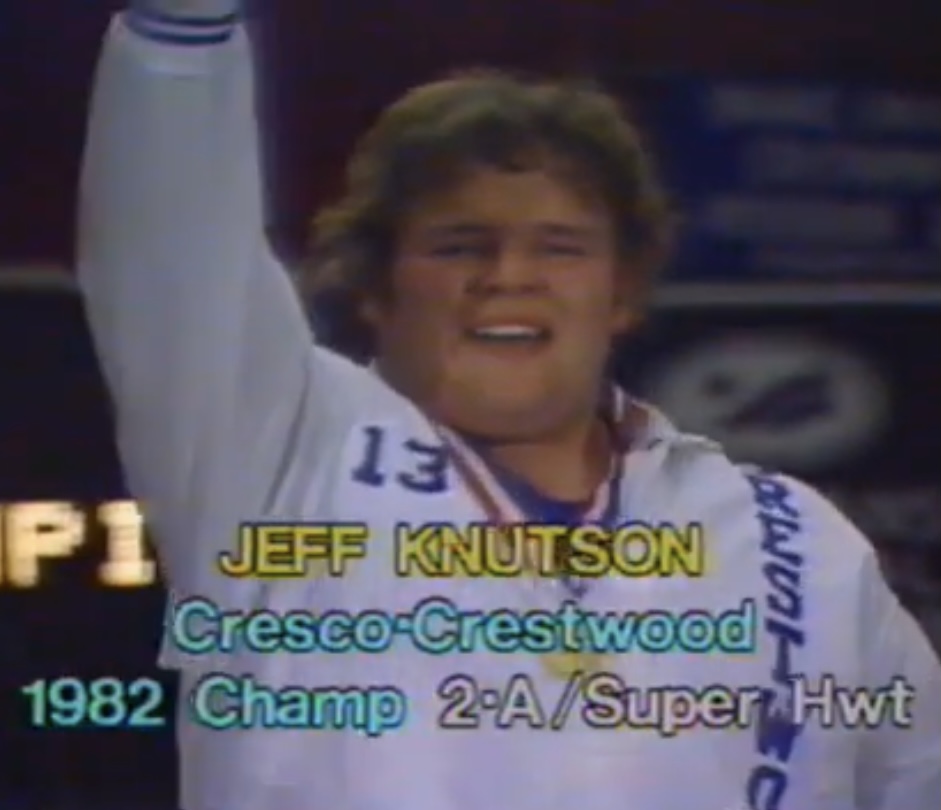 Talk about a guy who brought the heat when the stakes were high! Not too many better examples of this than Jeff Knutson, a 1982 graduate of Cresco-Crestwood.

Jeff Knutson was a 2X state placer/1X State Champion who did his damage at The Barn as a Junior in 1981 and most notably as a Senior in 1982. In 1981, Knutson qualified for state at 3A Super HWT with a modest record of 14-9. Knutson apparently did not receive any sort of memo that implied that regular season records meant anything during the State Tournament, for he defeated Andy Buckles of Newton who had a 15-2 record first round and followed this with a quarterfinals win over Andy Logel of Muscatine. He lost his semifinal match vs. Terry Rolfs of Oelwein, but bounced back by winning his consolation semifinals match before dropping his 3rd and 4th place match to place 4th. A great showing for a Junior at an upperweight!

As a Senior, Jeff was in a LOADED bracket for a weight that is generally occupied by Seniors. Out of the 16 guys in his bracket that year, 8 of them including himself were returning state qualifiers. 3 of them including himself were returning placers and Jeff had to get through both of the other two to win state that year. In fact, everyone he wrestled from the quarterfinals on was at the least a returning state qualifier. In the quarterfinals, he beat Rick Kiel of Maquoketa who was a 2X returning state qualifier. After beating Kiel, he faced returning 6th place finisher, Todd Kesterson to reach the finals vs. Larry Kerr of Washington who placed 6th as a Sophomore in 1980 and 2nd the year before as a Junior. On paper, it appeared that Kerr was likely considered the favorite, but Knutson put a wrench into that assumption… Knutson won his finals match in dominant fashion, scoring a TD and nearfall in the first period and coming very close to recording the fall. He continued to tack on the points and ultimately won his finals match 8-0, securing his place in history for one of the all-time historic wrestling programs in Iowa HS wrestling history. His reaction to his finals win reflected his excitement, for he gave the Cresco fans a “fist pump and point” after securing the victory and was still so excited when he was on the awards stand that he gave them a similar salute again after getting the gold medal put around his neck. It was pretty cool. 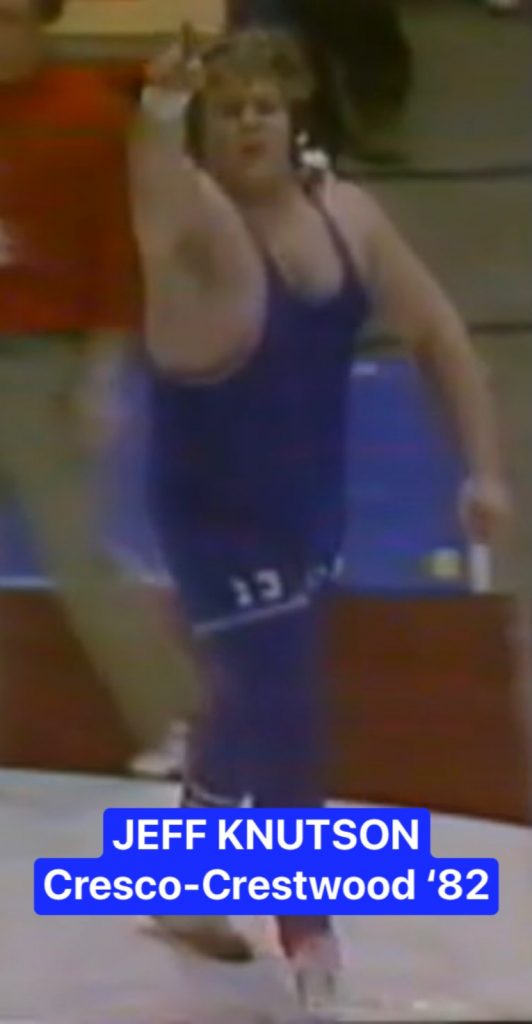 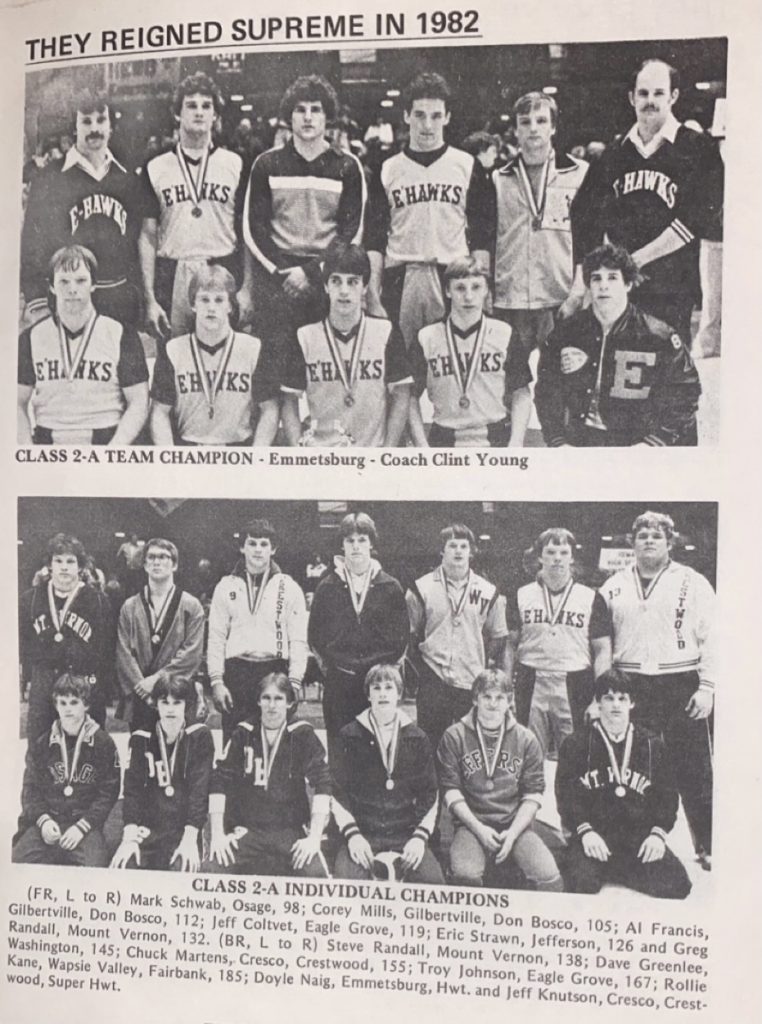 Jeff was one of 2 state champions for Cresco-Crestwood that year, with Chuck Martens being the other. 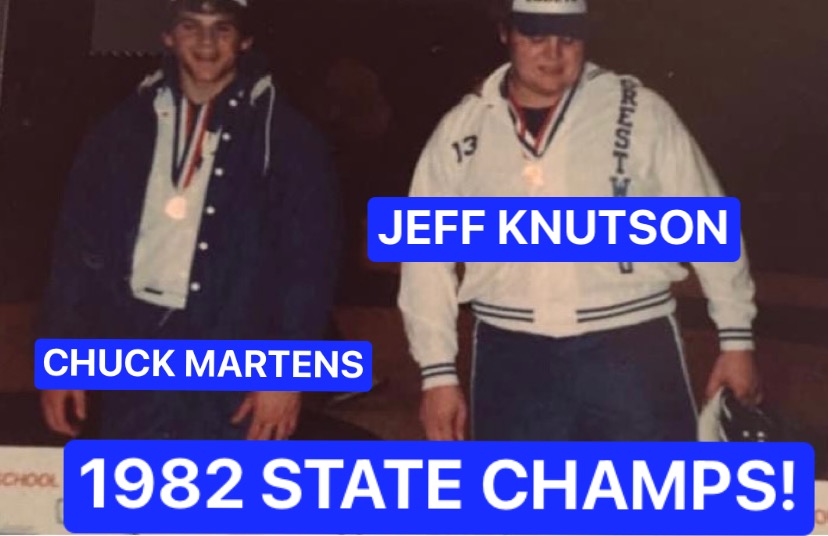 Both of Jeff’s sons, Jared and Jacob, competed for Crestwood. Jacob was a two-time State Qualifier. 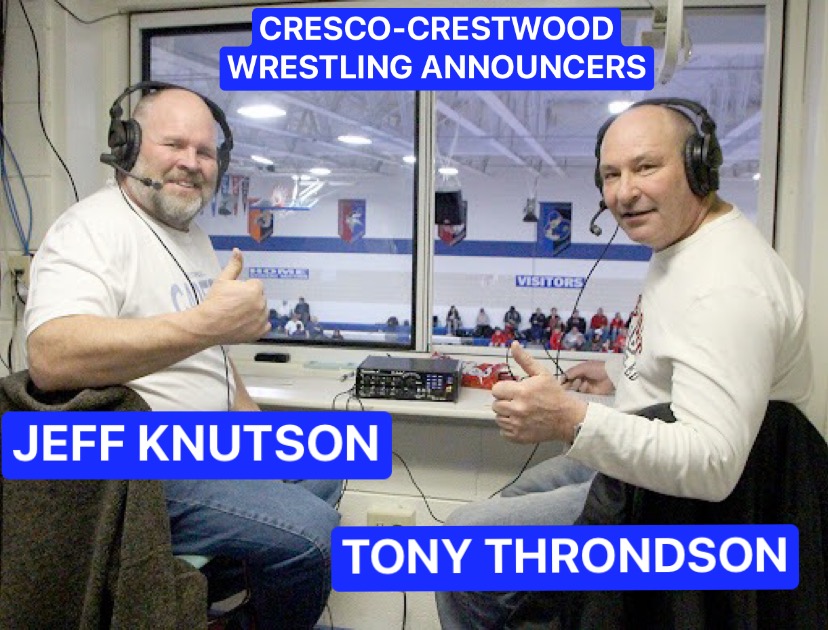 Here is a cool quote that Jeff told the Cresco Times a couple years ago in regards to how wrestling has impacted him:

“An aspect I really like about wrestling is the way it brings people together. When I wrestled at Crestwood, I felt a strong bond with my teammates, especially after the intense workouts. For me, the wrestling bond was like a family bond.” 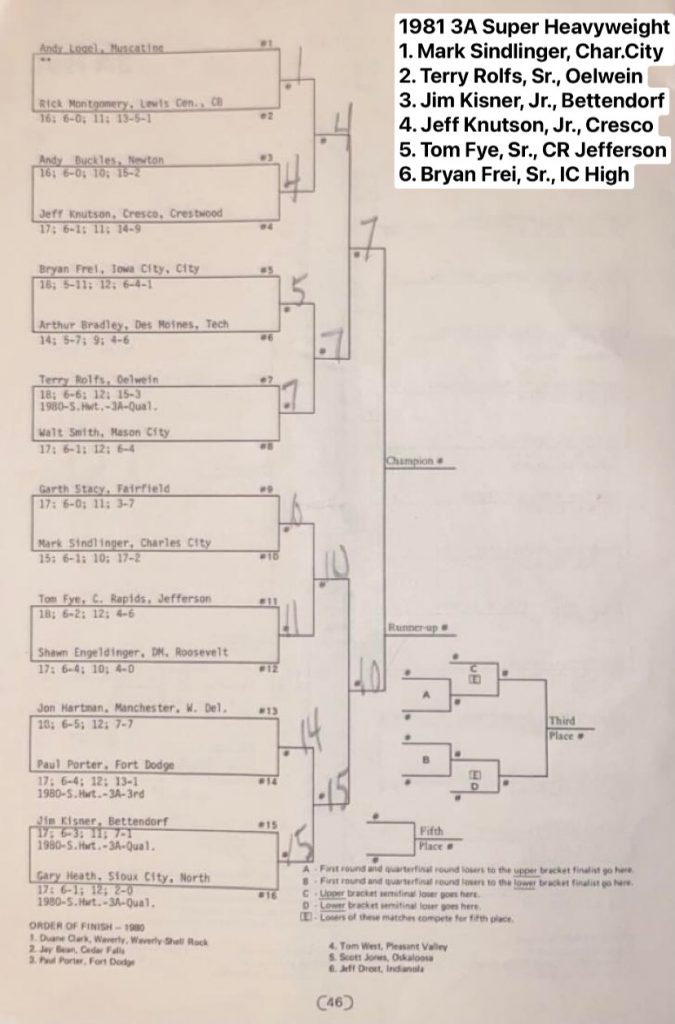 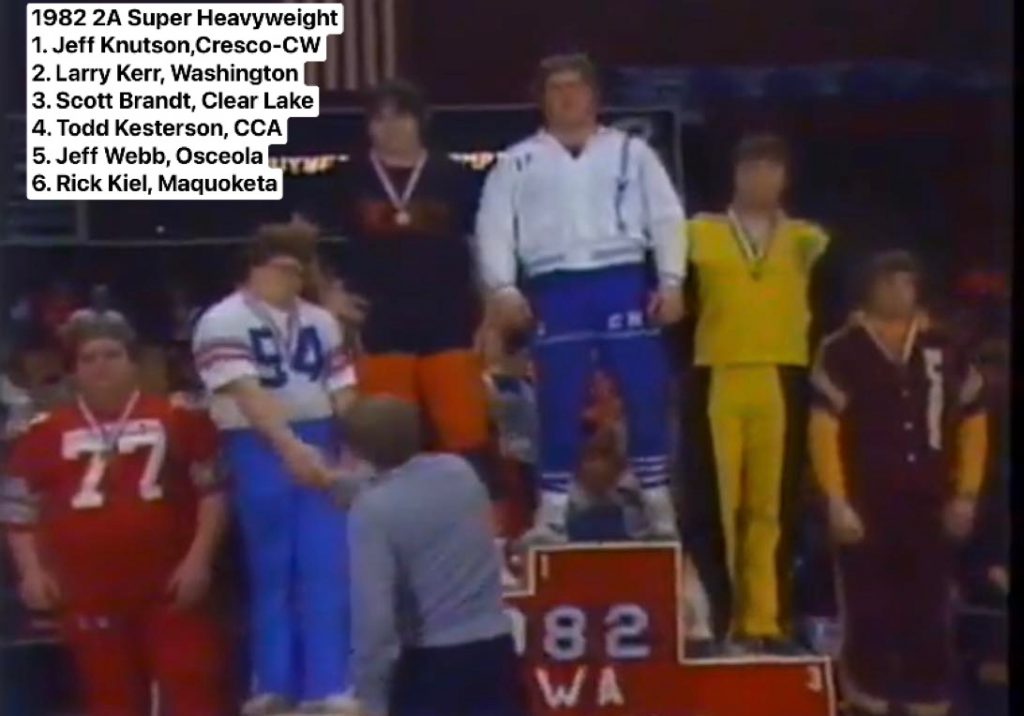 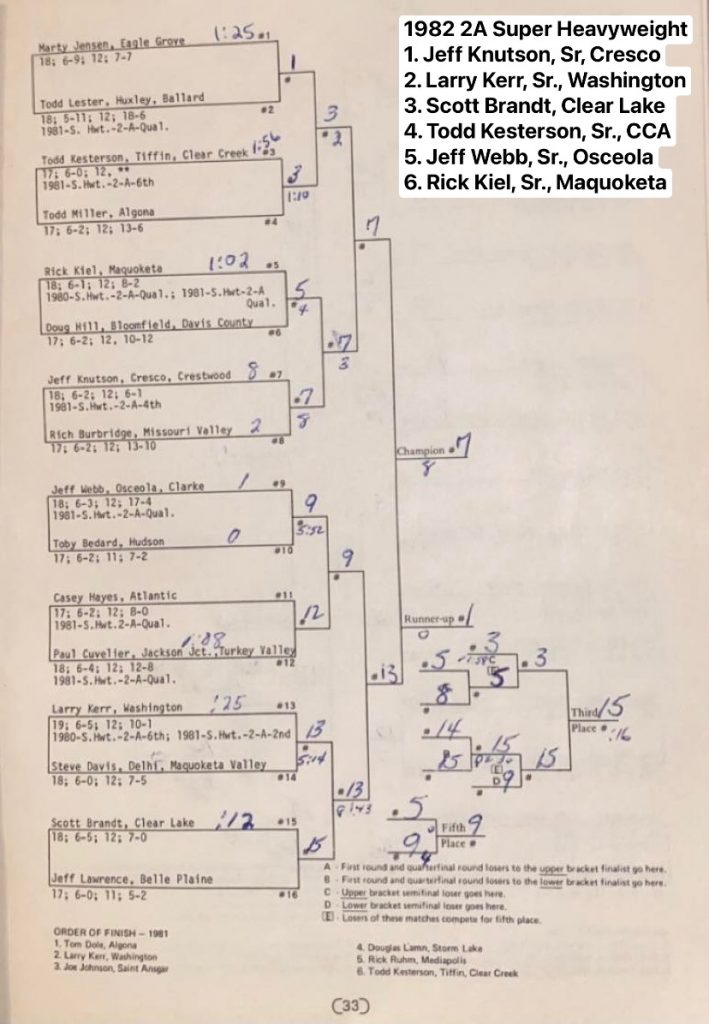