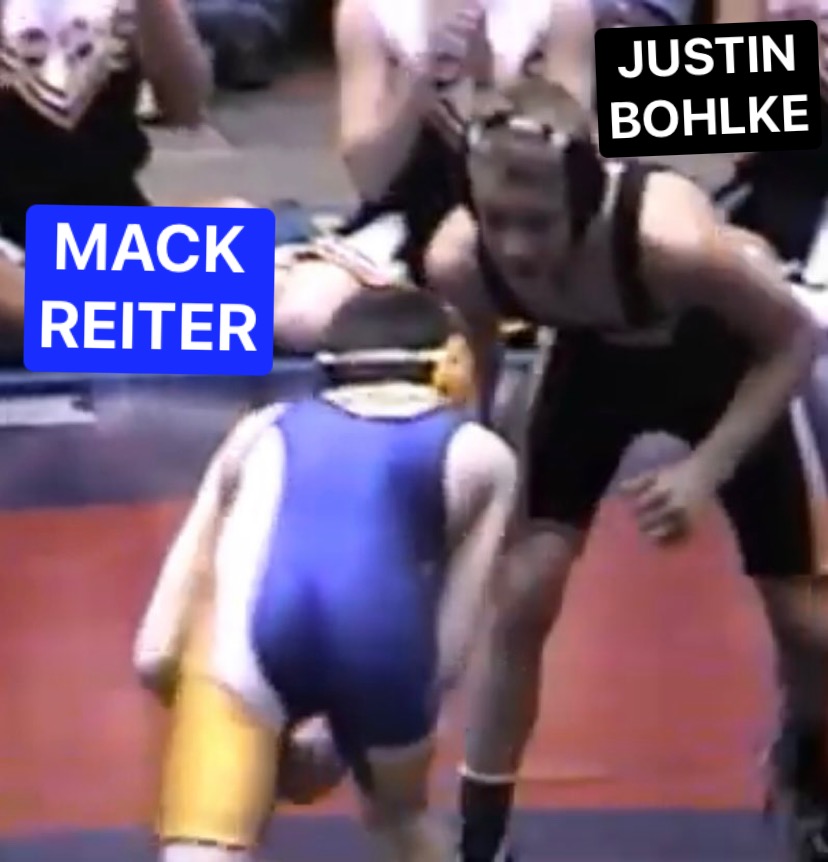 This match was one that I made it a point to watch, for I was very familiar with both of these guys, for they were both a couple of the toughest opponents my younger brother Justin had faced in the past couple years. Both were in his graduating class of  ‘03.  And what a hard-fought, obscure little battle it became between these two. The match was like one, prolonged scramble with minimal scoring. There were not many people there at the time who had any idea how epic and potentially pivotal this match was while it was actually taking place considering how their careers unraveled after the match. 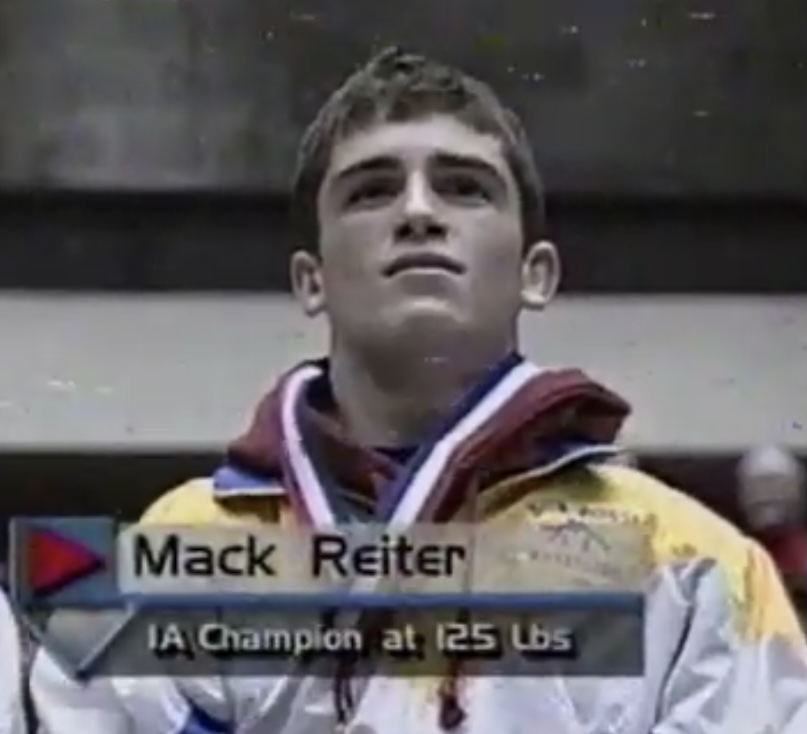 In his wrestling career, Mack Reiter was one of the most strong-willed, loss-hating and driven wrestlers we’ve ever seen in Iowa who went on to become a 4X state champion as well as a multi-Fargo/Tulsa/Regional/etc. Champion…With Mack, it seemed like, “you name the tournament, Mack probably has at least one wall chart from it.” He went on to become a 3X D1 All-American. He is the son of Doug and Janet Reiter and is the 2nd of 4 brothers; Joe, Eddie and Bart. Bart became a 4Xer like Mack. He is considered by all wrestling fans who have functioning brains as one of the best Iowa HS wrestlers of all time. 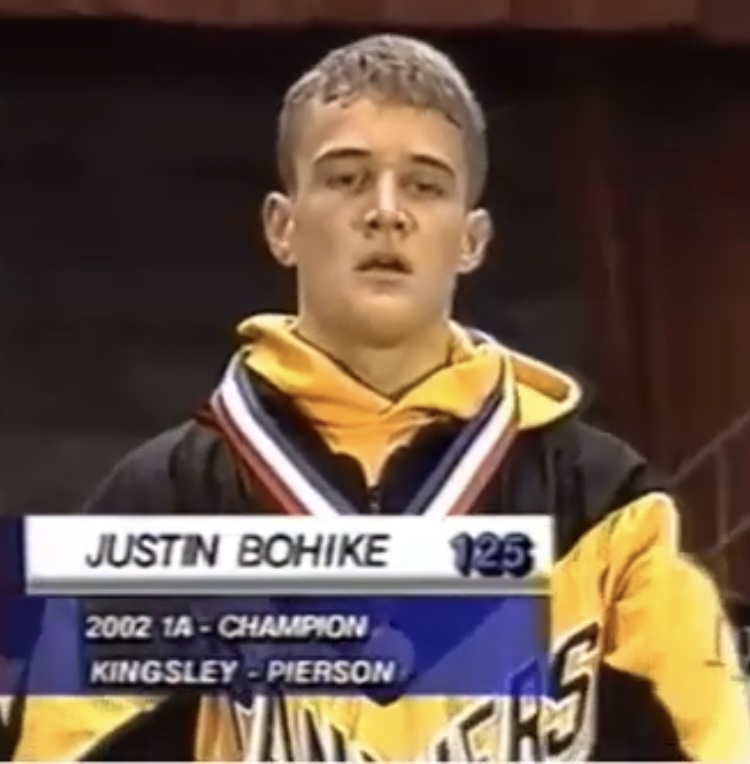 Justin Bohlke  was a kid who came in to the state wrestling tournament as a Freshman with a record of 43-0. Coming into the match, Justin was technically on pace to becoming an undefeated 4X state champion and wasn’t as far off from doing so as one would assume. Prior to HS, Justin would usually place 3rd at AAU State and would generally lose his line match of the tournament by a point or two to the champion. Bohlke was right there with every single guy in that 2003 graduating class, all the way through HS and I highly doubt that you’ll find any of his former opponents who would disagree with that statement at all. I mean, for real.. read these stats. He finished with a career record of 170-5. He was eliminated after losing to Mack as a Freshman at state, placed 3rd as a Sophomore, won one of the most tough and deep brackets EVER as a Junior and then placed 4th as a Senior. If you do the match, you’ll find that all 5 of his losses were at state. He never had one regular season loss. That is impressive. And it doesn’t end there… He never lost any of the 5 matches he lost by any more than 2 points and if you were to add together the total amount of points that he lost in all 5 of those losses, the number you would come up with is a staggering SEVEN TOTAL POINTS. That’s crazy. Bohlke was able to frustrate anyone out there with his style. He had this style where he was funky, but not dangerously out of position, aggressive, but safe and he was tough to score points on despite being an active aggressor in his matches. He was a handful for anyone. And get this, when Bohlke won state, it was in one of the most stacked podiums ever, for it included a few past or future champs as well as 3 future Iowa Hawkeyes; Mario Galanakis, Chad Beatty and Ryan Morningstar….JUSTIN BOHLKE WON the bracket that was jam-packed with those guys…Think about that. Bohlke only wrestled a couple years in college, but was a National Qualifier for Augustana in one of those years.

Ok, so check this match out! For a lot of you, it will end up being one of the best matches that you didn’t even realized you missed. And a close one too! For those of you who don’t know what the score is at the end, 4-2 was tue final score. It’s kind of wild to think about what may have been different if the outcome of this match was reversed. Bohlke would have been the one on the path to 4 and although he “only” won 1 state title in the following years, but read above… Bohlke was in every match he lost… he never lost a match by more than 2 points, so those outcomes could potentially go back and forth too.  Plus, it’s kinda like “the butterfly effect.” The outcomes of both of these guys’ future matches may have been different if the outcome of this match was different, for you can never underestimate the power of momentum, tempo and confidence. Crazy to think about… And had Mack Reiter lost this match? Shoot… He would have bounced back madder than ever and would have still destroyed pretty much everything in his path from there out. The man is a warrior.