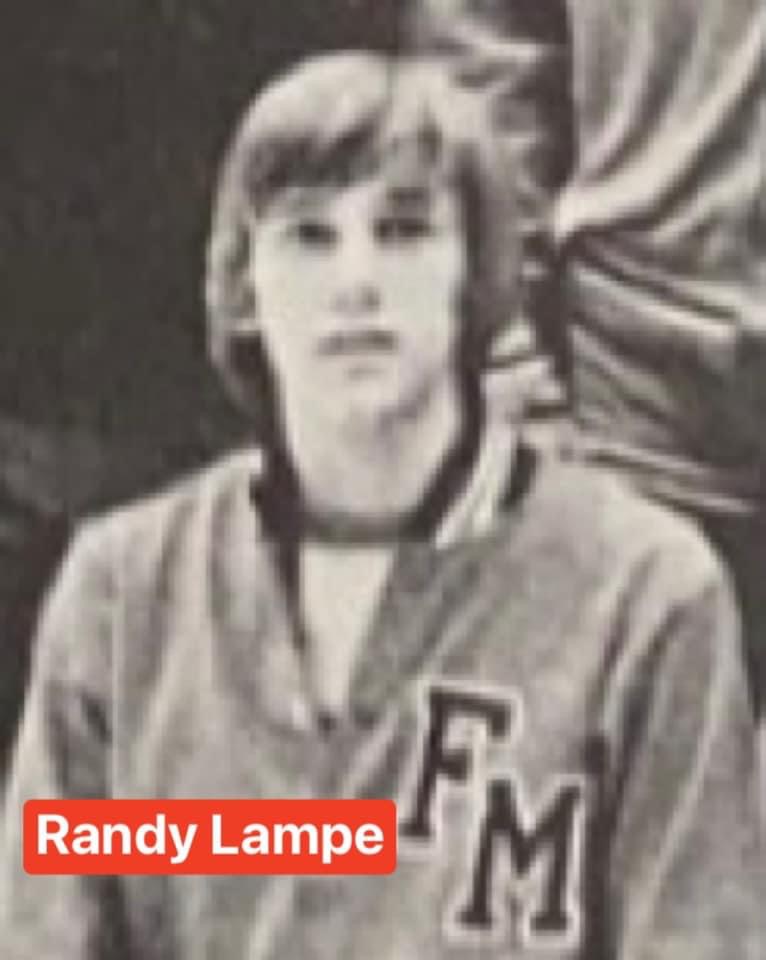 One of my best friends dating wayyyy back is a man named Cody Lampe. When I used to hang out at his house, he had this framed picture hanging up on his wall of a couple wrestlers. I remember the first time I asked him who it was and he told me it was a picture of his late father, Randy Lampe wrestling in the semis at state vs. Kirk Sallis Sr. In which Randy beat Sallis to go on to the state finals, in which he won that match too to become a state champion and I believe, Fort Madison HS’s 2nd ever. So with that said, when I started putting this stuff all together, I’ve made it a point to keep my eyes out for anything that had to do with Randy. 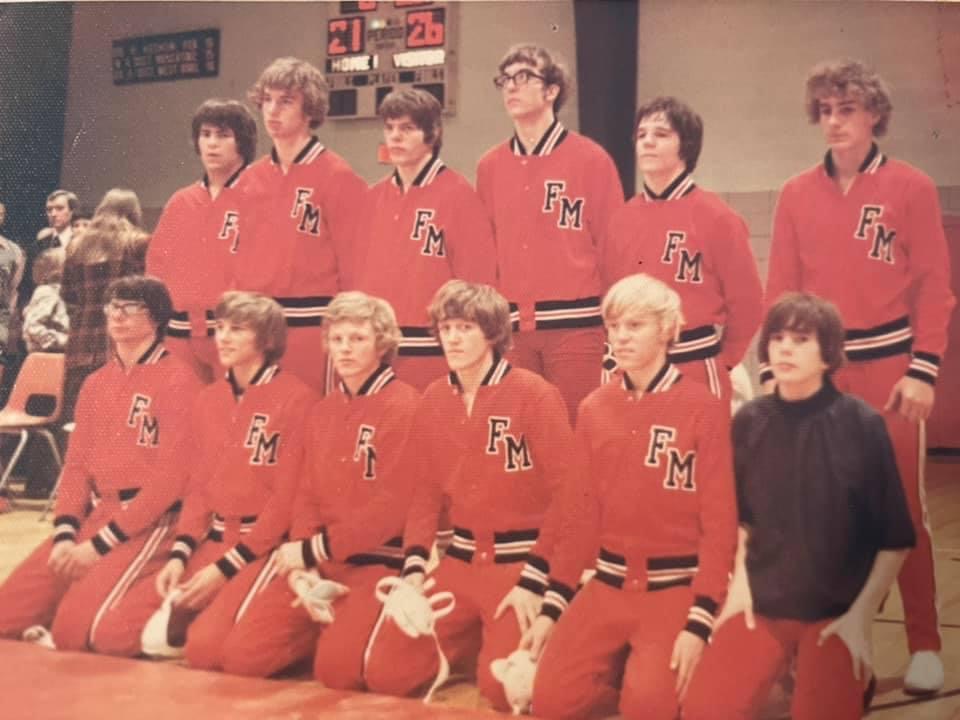 So Randy was a state champion at 3A 98 lbs in 1974. It is amazing that he was even able to make weight to wrestle at state, for listen to what his coach, Mike Riley had to say about it:

Mike Riley: He came in 22 lbs overweight after Christmas break and looked to have shot up in height to around 6 feet tall. I thought we lost our 98 lber, but Randy was tough and made it down. Shower his determination… and because of that, we got a state champion out of it!

Pretty crazy to think about the extreme weight cuts people made in those days before there was body fat percentage testing.

Something that may have made Randy’s journey not only to the state title, but in able to persevere through the harsh weight-cut was some advice that his dad used to give him in which Randy lived by. Randy’s father, Adrian Lampe who recently passed away himself used to always preach to him and his siblings, “whatever it takes. If you give whatever it takes then no one can beat you and you will be able to conquer anything the world has to offer.” This became a code that the Lampe’s have lived by ever since and it has worked wonders, for they are all very successful people. 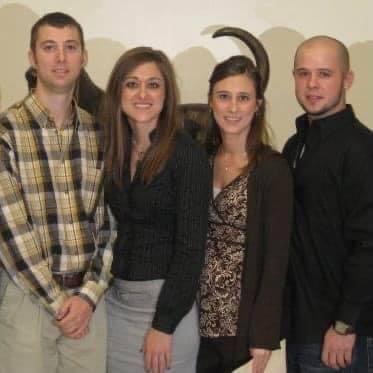 So Randy won his first match at state against Steve Impecoven of Ames by a score of 4-0 and the most anticipated match of that bracket and one that many considered to be the finals match, was to take place the following round between the winner of Fairfield phenom, Dan Glenn and Waterloo Central phenom (and future Jr. Olympic champion), Kirk Sallis. Randy used to always tell his kids that Sallis and Dan Glenn were two of the most articulate wrestlers he ever faced and that if you made even one small error against either one you’d be on your back and packing to go home. Sallis won the match vs. Glenn by a score of 5-3, setting up a 3A 98 semifinal showdown between Kirk Sallis and Randy Lampe. The match was so close that his mother, Barb Lampe had to leave the auditorium due to the high amount of stress that match caused due to the action-packed, back and forth nature of it. When it was all said and done, Randy Lampe was victorious in a wild, 9-6 victory. This put him up against Roy Grant of Cedar Falls and Lampe won another wild one by the score of 10-6. So the 22 lbs he had to cut to make 98 lbs after Christmas break was totally worth it, for Randy Lampe punched his name into the books as one of the state of Iowa’s HS wrestling greats. 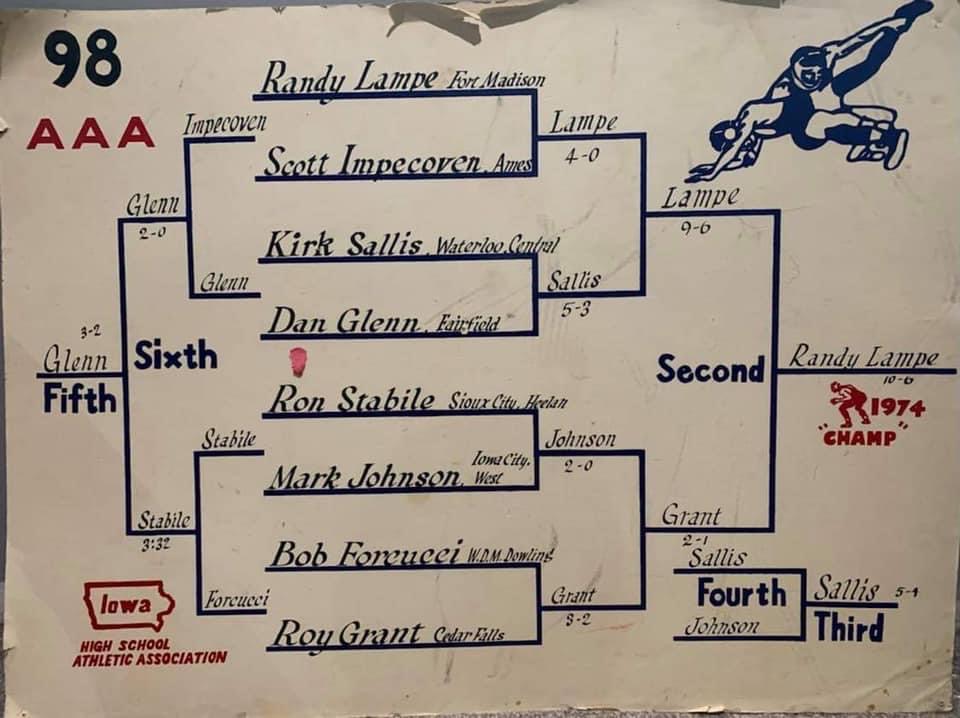 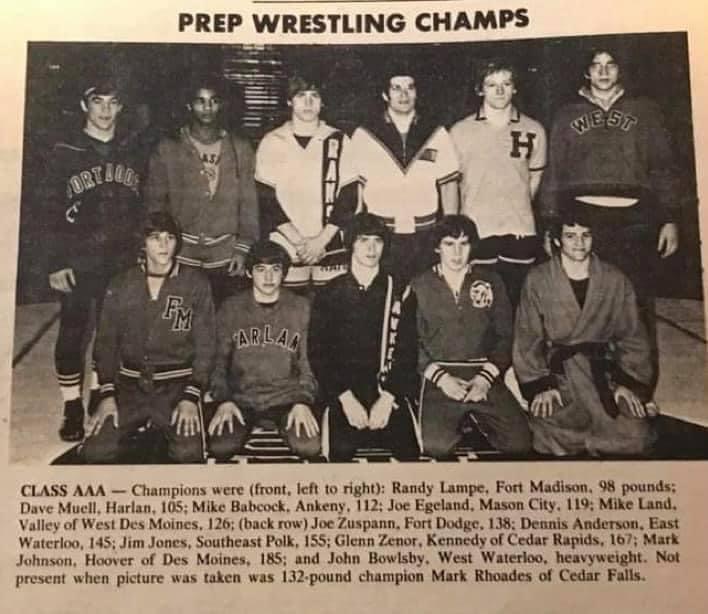 Sadly, on June 19th, 2003, Randy Lappe passed away at the age of 46. When he passed, he left behind his wife, Vada, his two sons; Justin and Cody and his two daughters; Misty and Jennifer. He also had two brothers, Brian and Kevin Lampe. Kevin was actually a 4th place finisher at state for Fort Madison in 1973, the year before Randy won it. And although Randy is gone, his legacy is still very much in tact. He made an incredibly positive impression on his children and all of them miss him to this day and make it a point to approach their own lives while utilizing the endless amount of valuable advice and words of wisdom he gave them for years. And his legacy on the mat, not only lives on through his family, but through the entire Fort Madison community who continues to hold him in very high regard as one of the pioneers of the consistently good wrestling program they have become. 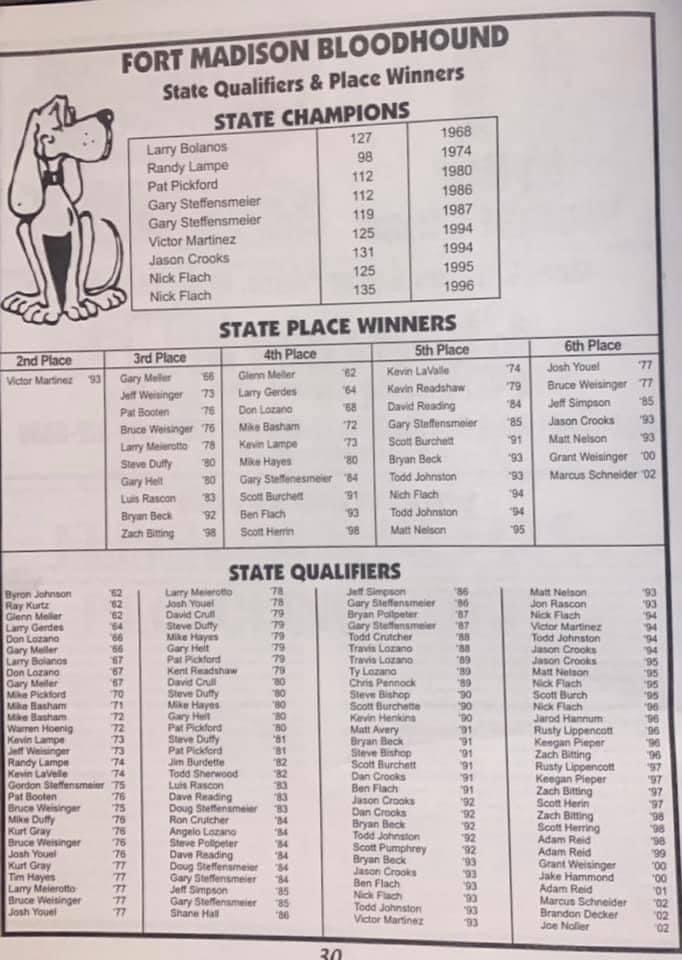 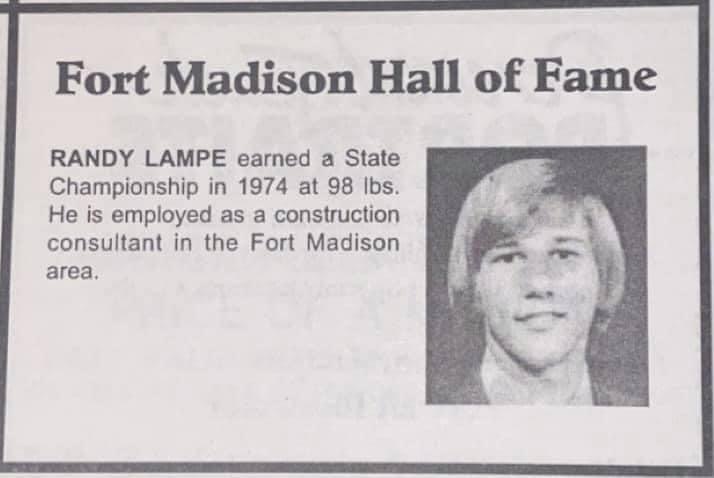 Next post: Funny Wrestling Stories: The Time 12 Year Old Drew Foster (Mediapolis HS ‘14/NCAA D1 National Champion for UNI) Ruined My Chances With A Girl I Was Talking To At A Hotel Swimming Pool