Funny Wrestling Stories: The Time 12 Year Old Drew Foster (Mediapolis HS ‘14/NCAA D1 National Champion for UNI) Ruined My Chances With A Girl I Was Talking To At A Hotel Swimming Pool

Funny Wrestling Stories: The Time 12 Year Old Drew Foster (Mediapolis HS ‘14/NCAA D1 National Champion for UNI) Ruined My Chances With A Girl I Was Talking To At A Hotel Swimming Pool 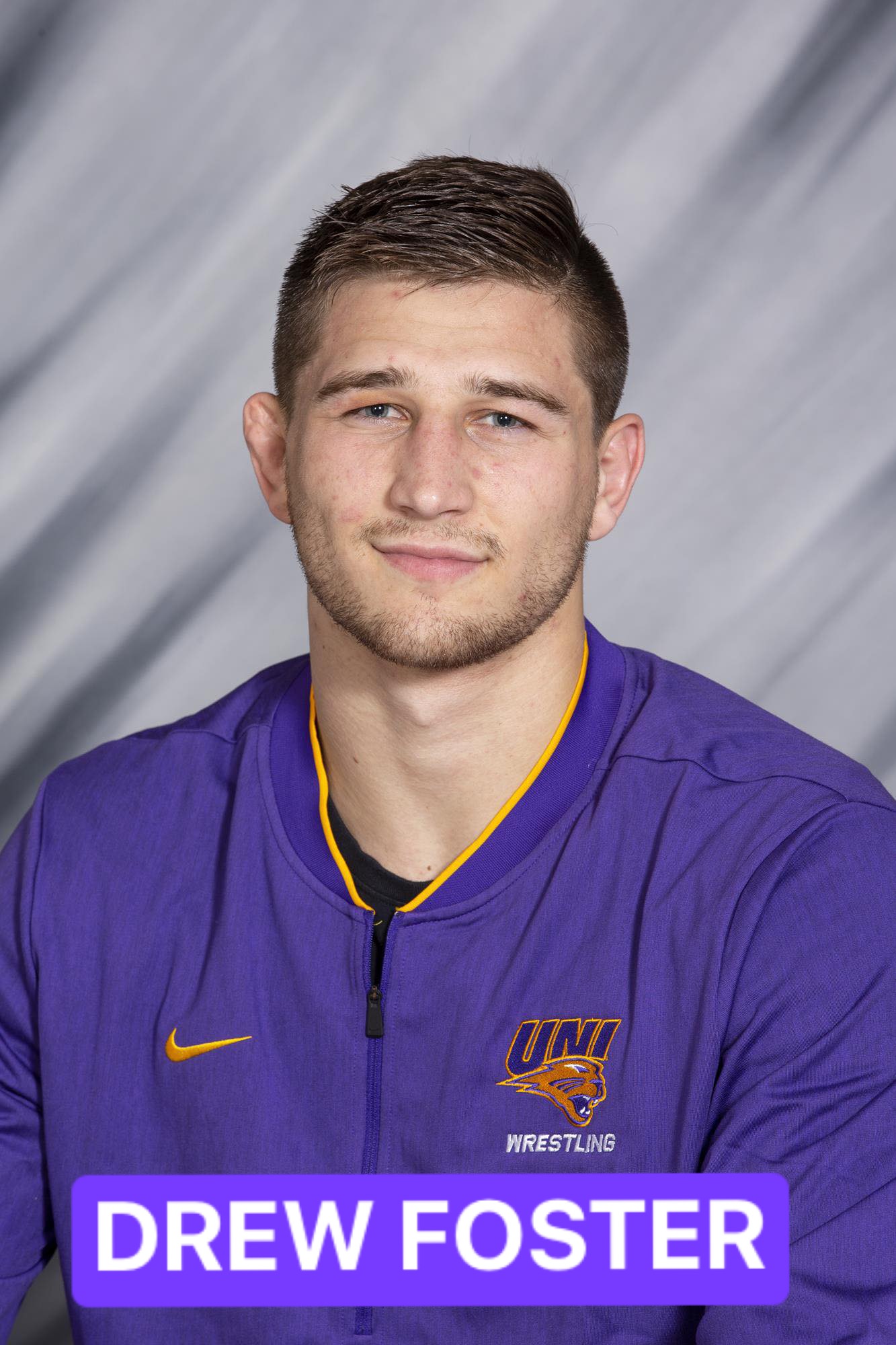 Most all of you wrasslin’ fans know or know of Drew Foster, right? If you don’t, here’s a run down… He was a 6X Youth State Champion and 3X Placer/1X Finalist for Mediapolis HS in Iowa who graduated HS in 2014 and went on to wrestle for the UNI Panthers where he became an All-American in 2017 and the 2019 D1 National Champion at 184 lbs. On top of that, he is a great person, a great student, a great role model, a great all-around athlete, etc.

He also has some pretty great skills at the craft of what rapper Biggie Smalls referred to as, “player-hating.”

Ok so at the Iowa AAU State Wrestling Tournament in 2008, the Mediapolis crew stayed at The Red Roof Inn in West Des Moines. It seemed to be a tradition for every event we attended for the Mepo crew to hang out in the lobby at hotels and well…party. And most of us started early. That particular year, the entire Mepo crew was jam-packed into the lobby by 6 PM. Kids and parents alike. The Foster’s, Drain’s, Swafford’s, Buster’s, McNeil’s, Holloway’s, Beckman’s, Erickson’s, etc. All of us were in the lobby having a great time. 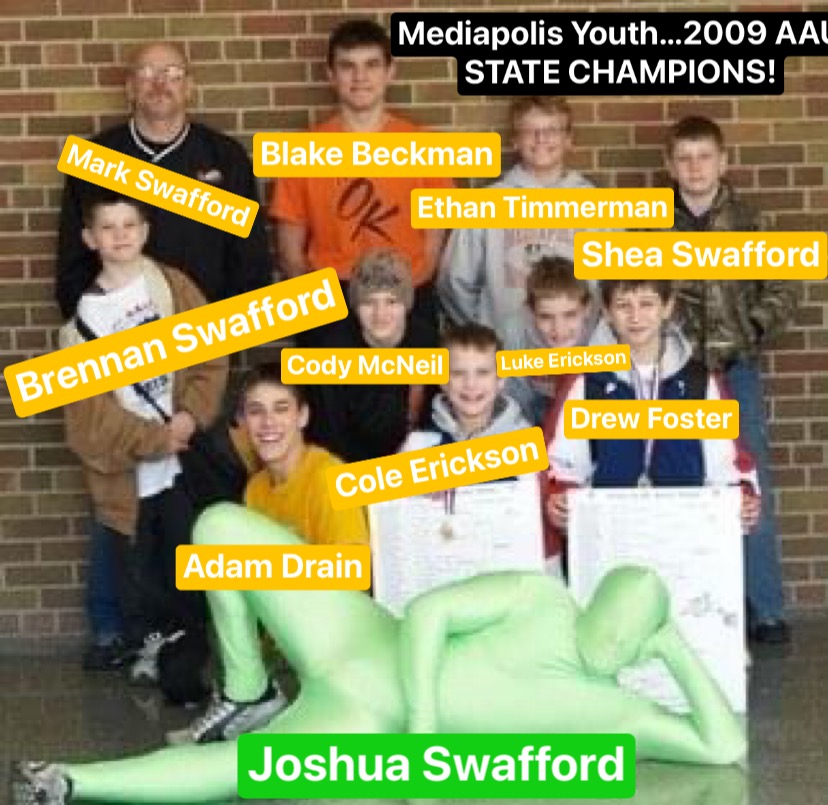 Now, when you are younger and single, one of the best things about going to big wrestling events and staying at hotels and what-not is the possibility of meeting cute single girls who are also there that weekend. And in 2008, I was 25 years old and had been out of school and wrestling for a while. In fact, I had graduated college the year before, but I was single at that time and was pretty stoked to see that there were 3 cute girls that appeared to be my age hanging out in the pool which was located right next to the lobby we were partying in. I nudged my friend, Winston Hostetter and quietly said, “hey we should try to get those girls in the pool to hang out with us tonight.” I said this quietly because I knew dang well that if Coach Jim Drain or Luke Erickson or Mason Buster or Adam Drain heard me, they would try to sabotage our flirting by playing some sort of joke on me to be funny… Drew Foster was a squirrelly kid with the other kids, but he generally didn’t play pranks on the adults, so I didn’t even think of him as a potential sabotager. Anyways, Winston asked how I was going to pull this off and I told him that we had no choice other than to go swimming… I just needed to get his confirmation that I didn’t resemble the Michelin Man when shirtless as Adam Drain called it. While swimming at the community pool growing up, I always knew I didn’t want to become one of these dads who swim in the pool with a t-shirt on, but I was legitimately considering doing this if I did in fact, resemble the Michelin Man as Adam Drain claimed earlier, which Winston assured me I didn’t. So we hit the pool! 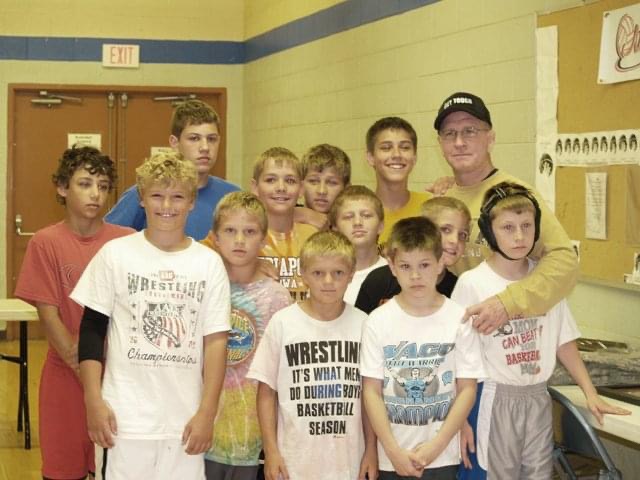 So Winston and I started playing catch with one of those “squish balls” in the pool. We didn’t want to make it obvious to these girls that we were TRYING to meet them, so if we had any intentions in talking to them, we had to be clever. I “overthrew” the squish ball and it plopped right next to one of the girls who had blonde hair. She looked over at us and we kinda gave her a facial expression that implied, “yo that’s our ball, can you please throw that back to us?” And then we started talking…I asked them if they were in town watching the wrestling, which they were. Here’s a tip for all the dudes: Ladies can not resist a man who wants to spend hours with them talking about wrestling stats…😂😂😂 I think I asked them all who their little brothers or cousins or whoever l were and likely impressed them all with my knowledge of their brothers’ wrestling stats. JOKING….dudes, please don’t try this. They are rarely impressed by that.

So we talked to these girls for a couple minutes and things seemed to be ok. Conversation was flowing freely and everything was smooth-sailing all the way until something happened that ruined everything. While I was standing in the pool near the ladder and getting to know these cute girls, I felt a tap on my shoulder. I looked back and it was Drew Foster, who was in 6th grade at the time. I was a bit confused and asked, “yes Drew?” And he asked all innocently, “hey Dad, I am hungry… can I please have some money?!?” Then he walked away. This sent me into a panic. 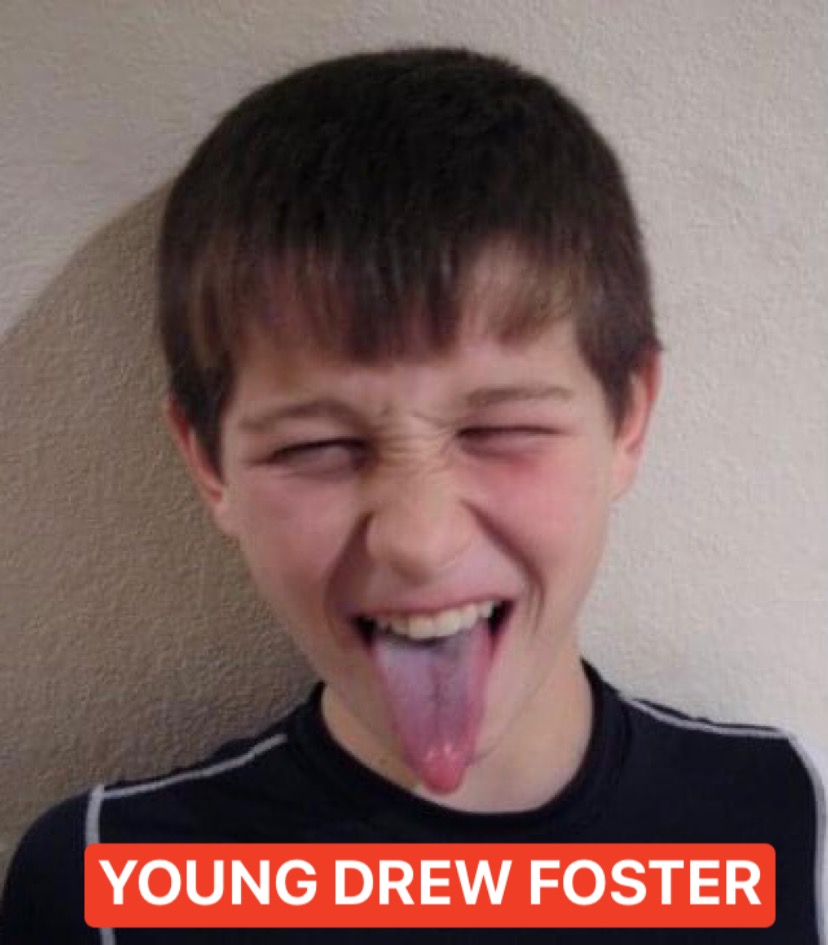 This practical joke that was played on me was a success, for there was absolutely no correct way for me to respond to Drew in that situation in which the girls would not end up becoming disgusted in me. For one, I had already told them that I was not a father, but was watching my brothers that weekend. My initial, “knee-jerk” response to Drew was a simple, “no!” That wasn’t very impressive, for what kind of man doesn’t feed their starving little boy?! I followed this with, “I don’t have any money!” Which was the truth, but not having any money does not impress many women. I then panicked and kinda blurted, “THAT’S NOT MY SON!!!” This wasn’t very impressive, for what kinda of ghastly man will deny being the father of his own son, just so he can make himself come off as more suitable for a young, single woman?

So how did things go with these girls? Did one of them end up becoming my future wife?! Heck no… they laughed in my face and all 3 of them not only walked out of the pool, but they walked back to their rooms, presumably to get away from this jerk they just met in the pool.

As soon as they walked away, I glanced towards the lobby and the entire crew was watching and laughing hysterically at me. Drew got me good. Probably top 5 that anyone has ever gotten me with a prank, ever! 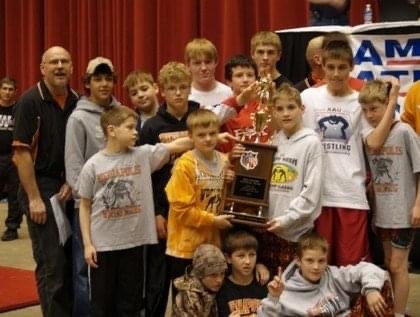