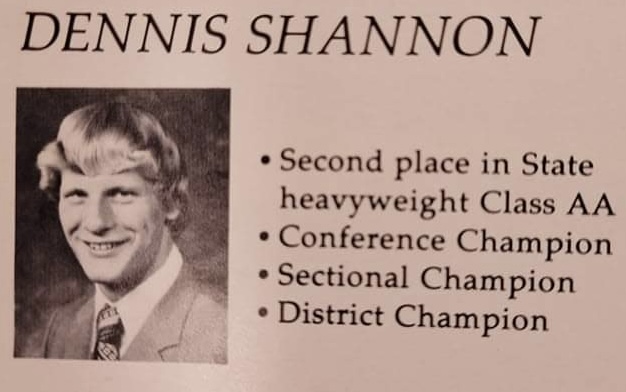 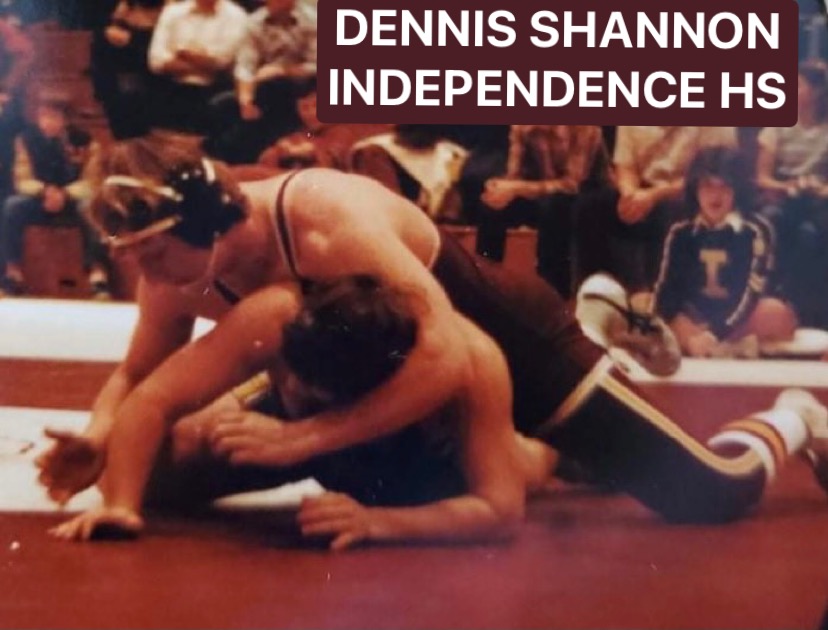 A few weeks ago, I posted a story on Doug Fischer from Sheldon who won the 1980 2A HWT division. In that article, I wrote the following excerpt about the guy in that bracket who appeared to be having the best tournament until the final round: 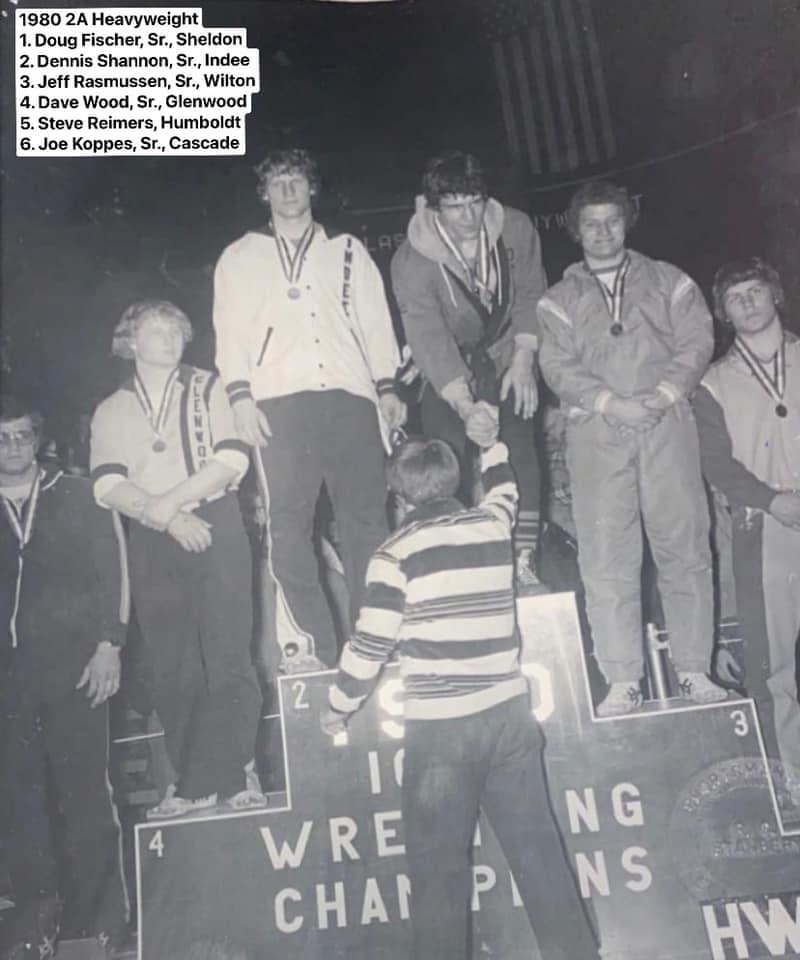 “There did seem to be one guy who, on paper stuck out as being more dominant on paper when you factor in W-L record as well as match results. Dennis Shannon of Indee came in with a 25-2 record, major decisioned his first opponent and then pinned the next two to reach the finals and even he fell short in that round. He was beaten by Doug Fischer of Sheldon, a Senior who had a 23-4 record coming into the tournament. He won a couple-few closer matches via decision to reach the finals against Dennis Shannon, who as noted, was on fire at the time. Fischer apparently brought it in the finals for he won 5-2.” 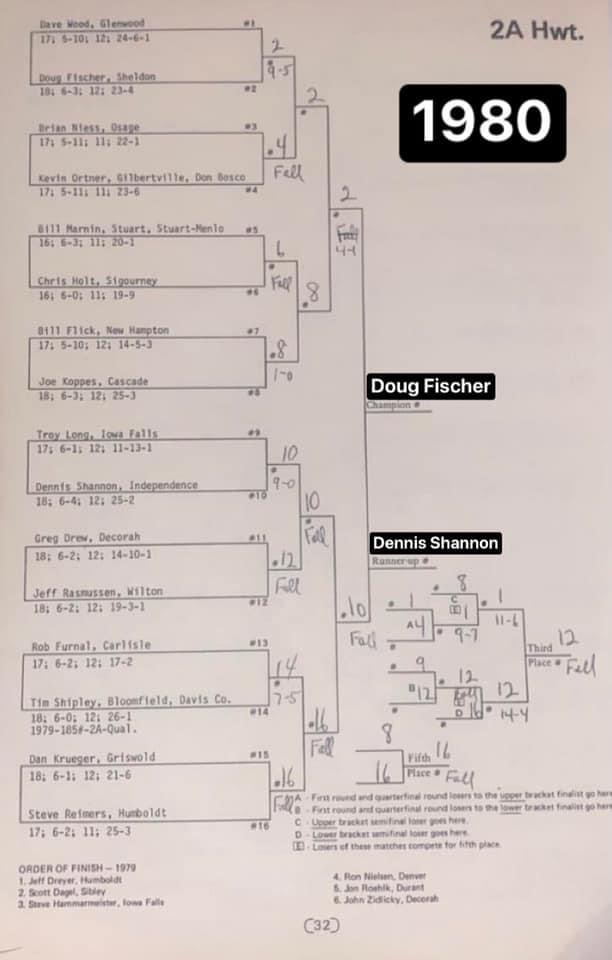 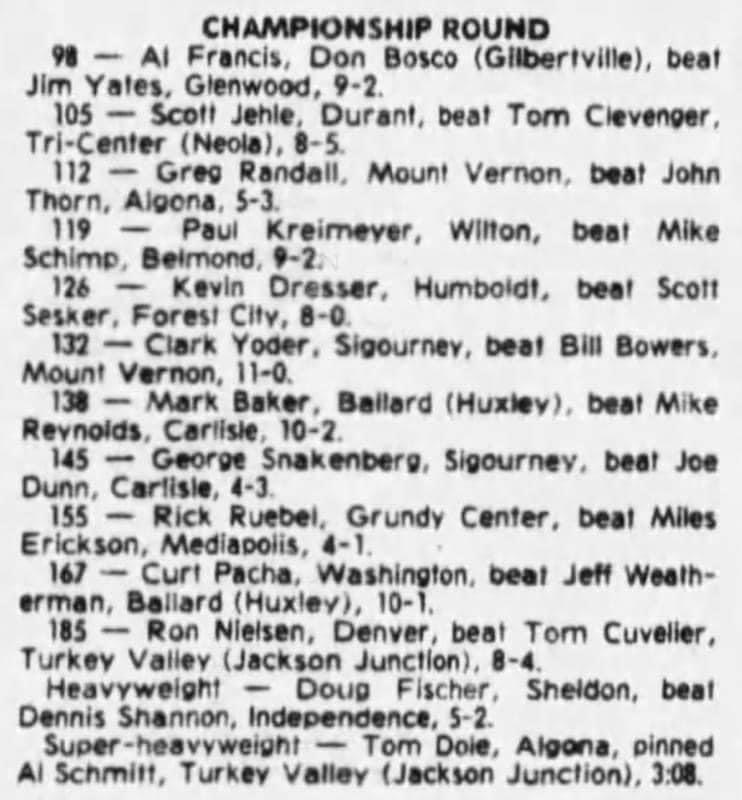 Around the time I posted that, Dennis Shannon’s son, Matthew Shannon was cool enough to fill me in on some interesting bits about his father’s wrestling journey…

MATTHEW SHANNON: Here’s the general story with Dennis Shannon from Independence… To start, he was light for a HWT.  He was about 185 lbs when it used to be unlimited. He beat some pretty good guys in 3A and 1A his senior year that year as well as the 2A guys.  He grew up on a farm and when he saw the TV cameras in the finals at Vets, he froze.  Stage-fright set in.  He was thown to his back by Fischer and was down 5-0.  He lost 5-2. Would love to see video of the match, but cannot seem to locate it.

PINDOX: How much experience did your dad have in wrestling coming into the state tournament that year?

MATTHEW SHANNON: Let me put it this way, due to working on the family farm his whole life, he never really knew what organized sports really were when he was growing up.  He did not wrestle until Freshmen year.

PINDOX: Did your dad play other sports? Did he wrestle in college?

MATTHEW SHANNON: He was a good football player and shot-putter as well as wrestling.  He was recruited by Hayden Fry and Dan Gable, but went to school for Tool and Die at Hawkeye CC instead.

PINDOX: Has your dad been involved with wrestling since HS?

MATTHEW SHANNON: He did help create the Indee Mat Club and he was called into practice to work with Scott Eddy over Christmas Break to give him a challenge. Eddy went on to win state later that year (1997 2A HWT). 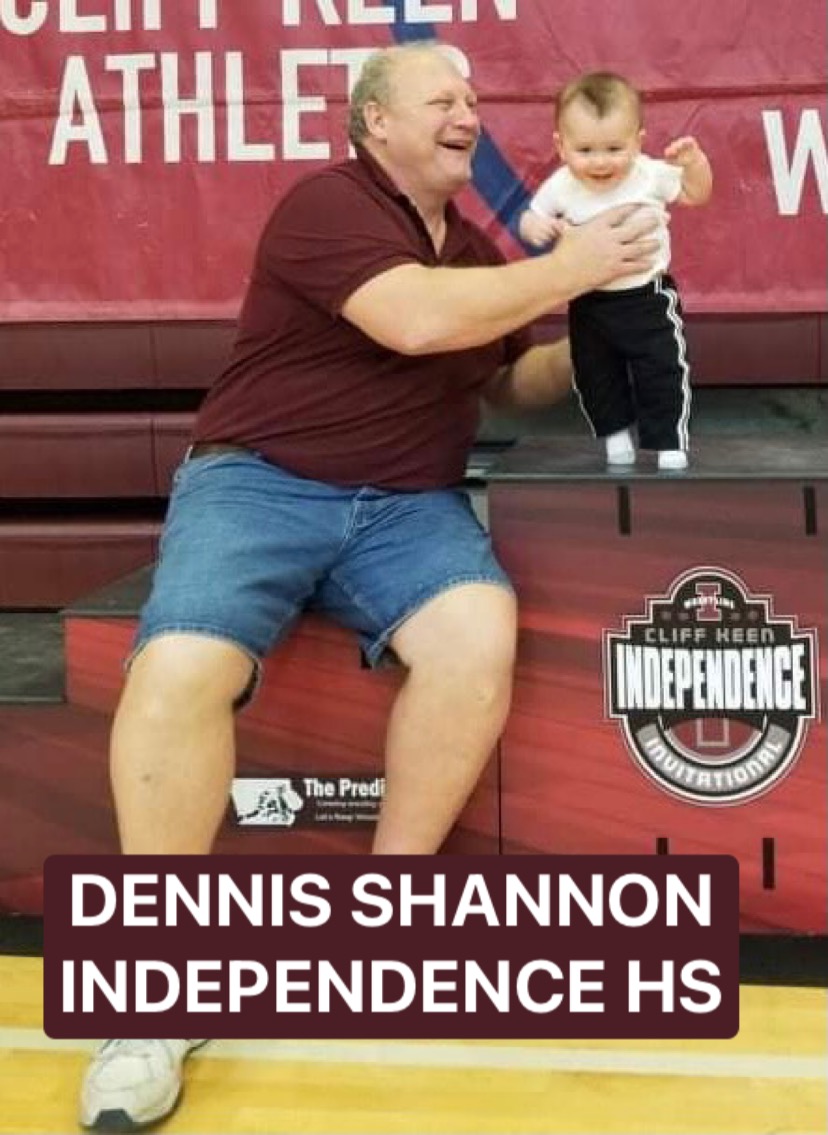 PINDOX: Any other interesting stories about your dad’s wrestling career you’d like to add?

MATTHEW SHANNON: My favorite story of Dad is he did not know he could lock his hands when using a cradle (his go to move) so the first time he did it, he made two fists and just brought them together to pin his guy without locking his hands. He could also do that to Eddy and Mike Zimmerly (Indee HWT state Champion in early 00’s) when he worked out with them as well.  He is a tough dude that is for sure. Dad and I are also the only Father-Son WaMaC Champions at Independence. 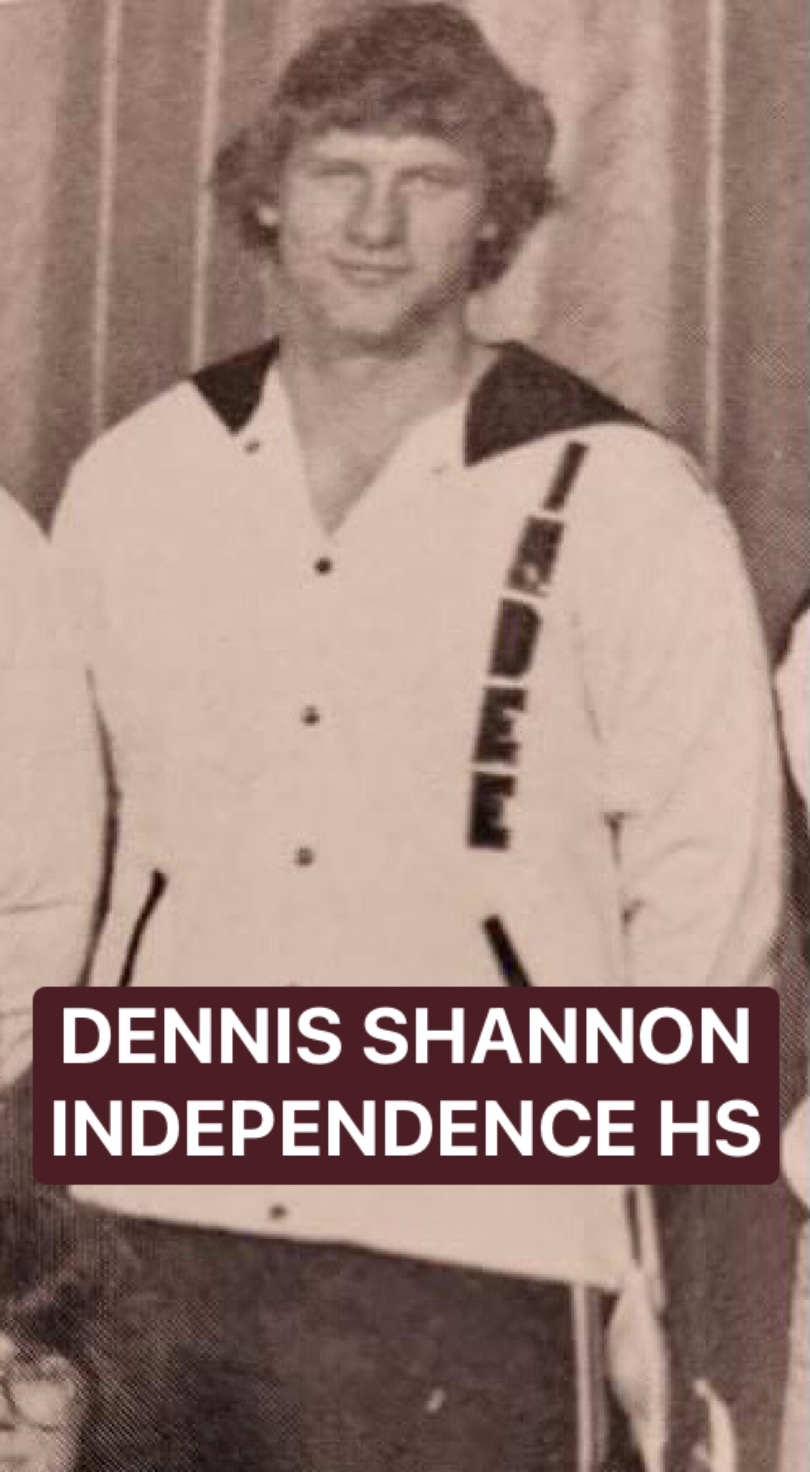 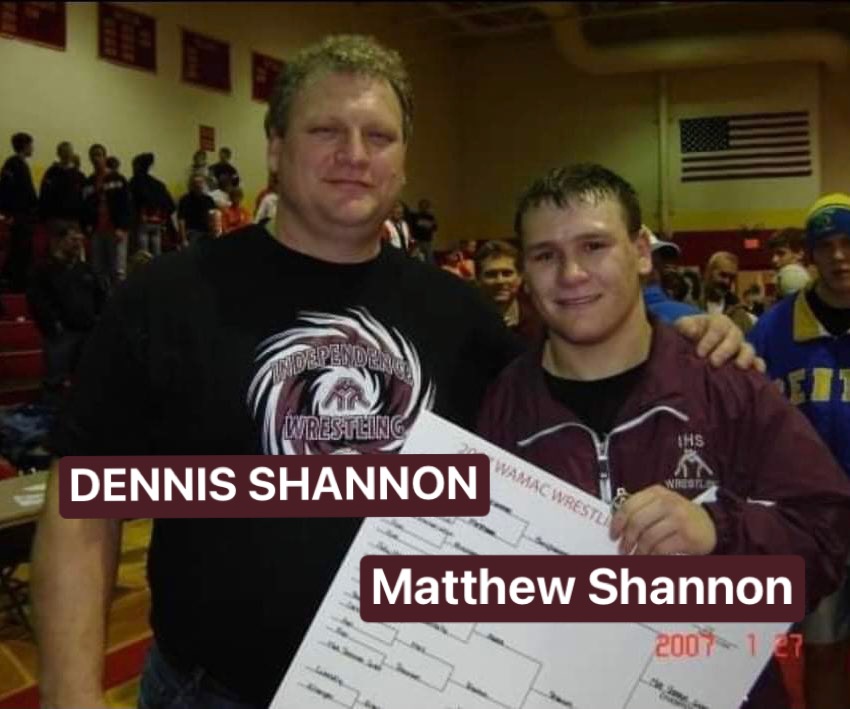