A couple of brothers who have been part of the Mediapolis Wrestling program for years are the Rhum Brothers, Rob and Rick. Both are big guys. Rob has shown a penchant over the years for knowing how to get through to the heavyweight wrestlers in a manner in which they understand it or how it relates to them, which is a valuable skill to have, considering a middle-sized coach may show the group as a whole a plethora of moves that seem to work much better for the lighter guys than they do for the big guys. Every wrestling room needs a big Coach that is able to work with the big guys, sometimes as their own little “cohort,” for the technique that applies to them can differ so much. Rob Rhum has done a great job in this role for decades as well as fulfilling the role of coaching up the other guys as well. Rob has been a rather successful assistant coach considering the success the team has had when he’s been there as well as the guys he spends extra time with, repeatedly going on to have nice postseason results. Rob coached at Muscatine HS until 2013 when he came to Mepo. I’m not sure when he started coaching at Muscatine, but he left the squad as a universally liked, room-favorite by the wrestlers that came from Muscatine while he was there. Everyone loved Coach Rob Rhum at Muscatine…they talked about it with us. And when he came to Mepo, he was well-liked here, too. He’s real good at expressing his concerns he may have with a particular wrestler without sounding like he’s mad, annoyed or judging that person. He makes it clear that he is there to help, not come off as condescending, and the kids appreciate him for that. Rob has been such a staple at Mepo events the past month that he is starting to seem like a “staple” in that room. It’s almost difficult to imagine the room without him. 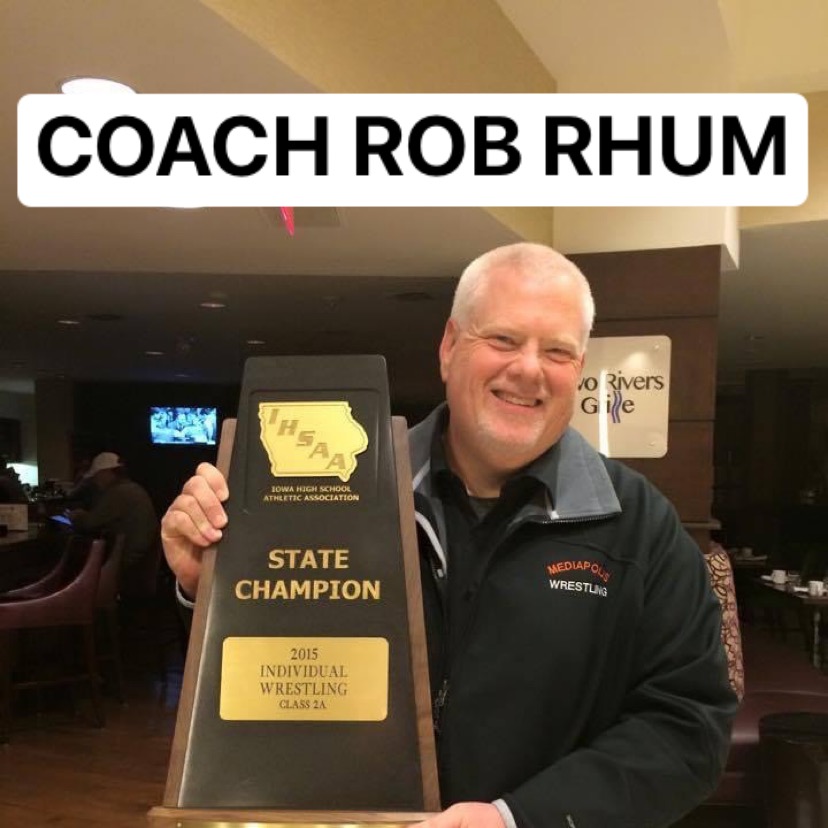 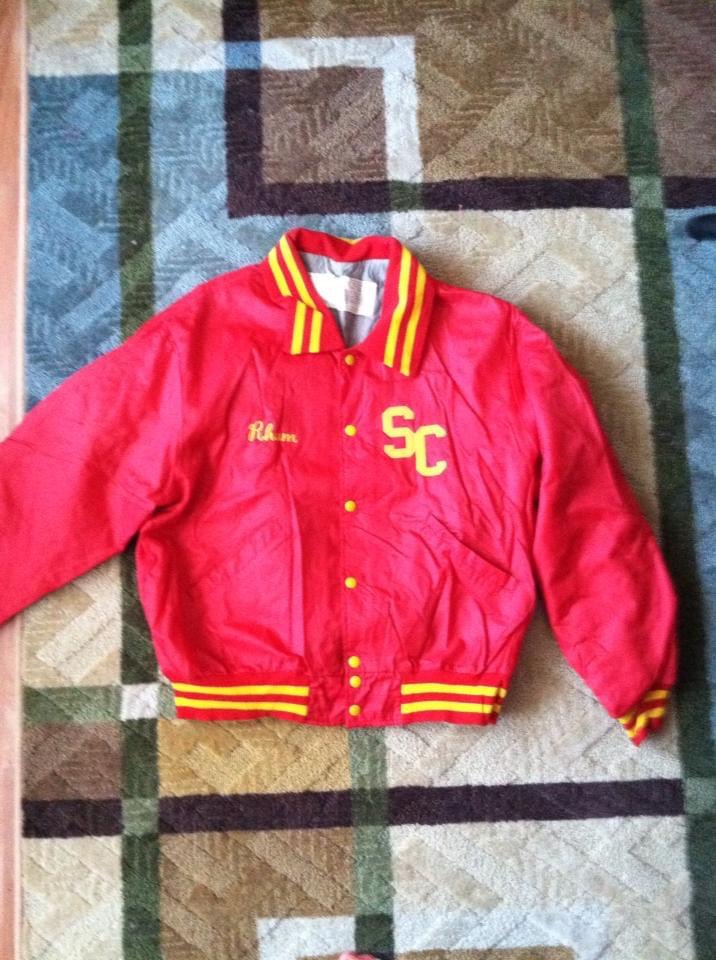 And Rob’s brother, Rick was an absolute hammer.

In HS, Rick qualified for the state tournament for the first time ever and lost his first match to Scott McKillipp of West Liberty by the score of 3-2. McKillip did not make the finals,  so Rick was forced to chalk this one up as good experience for the next year.

The next year as a Senior, Rick defeated his first guy, Carl Hayes via fall and then went up against the returning state champion, Tom Dole from Algona, in which he lost 6-5. Dole did end up making the finals, so Rick was awarded a wrestle-back. He pinned his first kid, Paul Cuvelier of Turkey Valley. Rick was officially in the top 6 at state. He was sent to 5th and 6th by losing to Joe Johnson of St. Angsar. Johnson would go on to get 3rd, Rhum would ultimately place 5th after he pinned Todd Kesterson for 5th-6th place. So in his Senior year state tournament, Rick pinned all three of the guys he defeated. Pretty cool really. 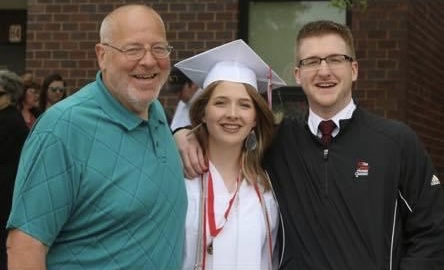 And then Rick Rhum went off to wrestle for Drake University and Simpson College. Every time someone sees something on PinDox about Drake wrestling or Simpson wrestling, I receive a pm from someone telling me about this big, huge badass that they had on the team named Rick Rhum. It’s probably happened 15 times.  Rick ended up being a letterwinner at Drake University and somehow ended up at Simpson for his last couple-two years. It was there where he really stepped into his own. In 1984, Rick became a National Qualifier for Simpson and won his first match, lost his 2nd match and the went on to dominate the next two guys to solidify his All-American credentials. He ended up placing 5th and his name is now in the record books forever because of it. 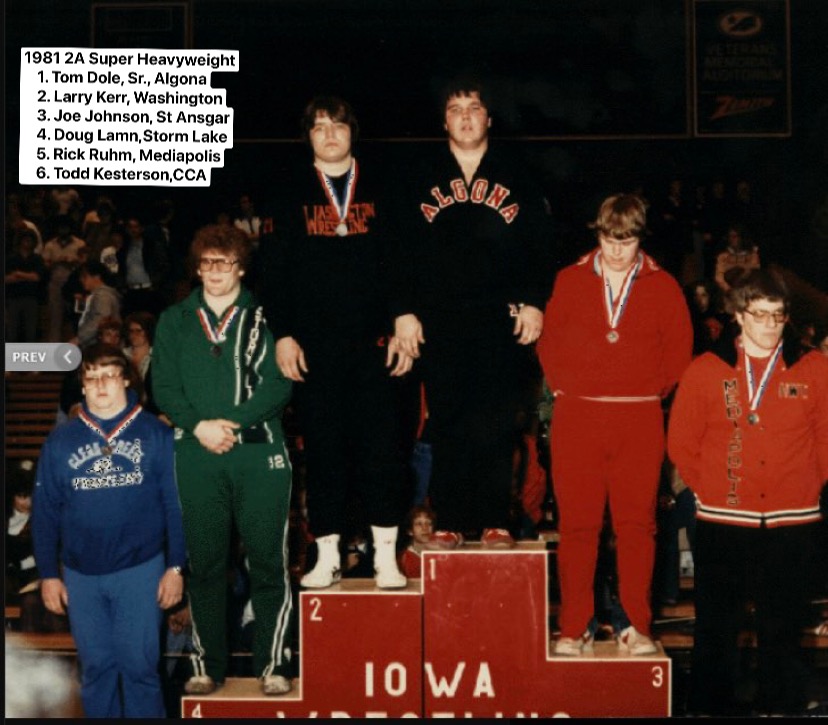 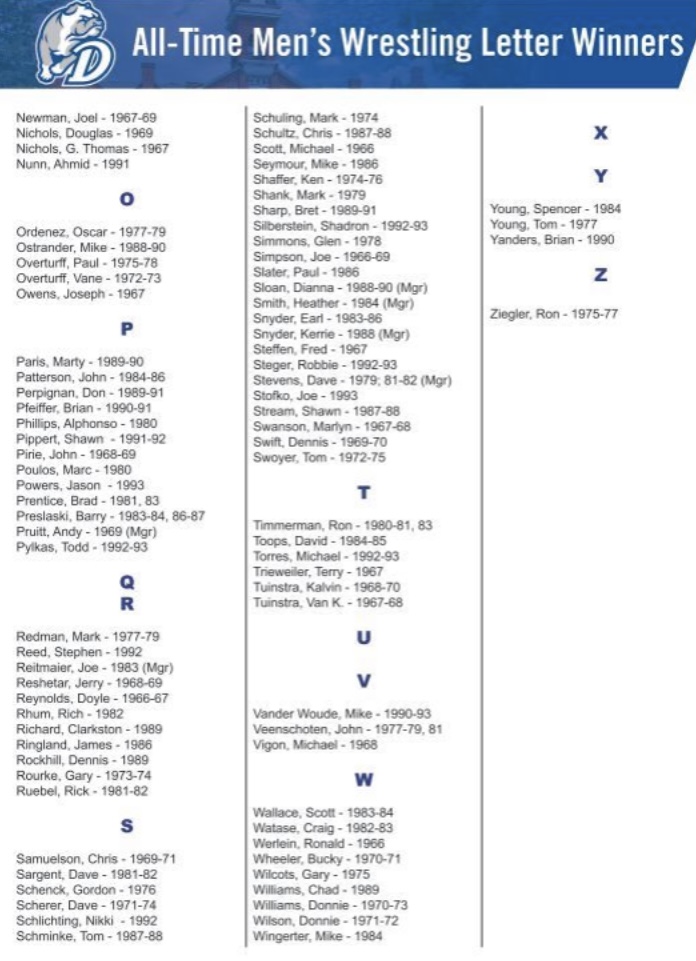