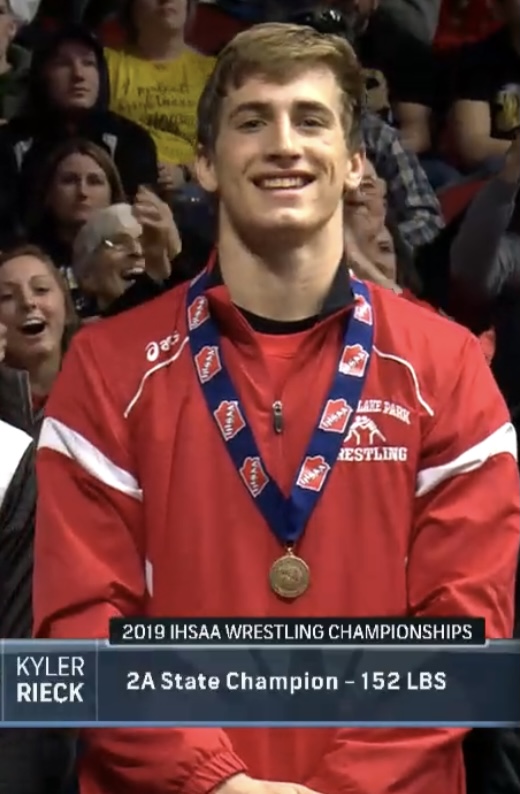 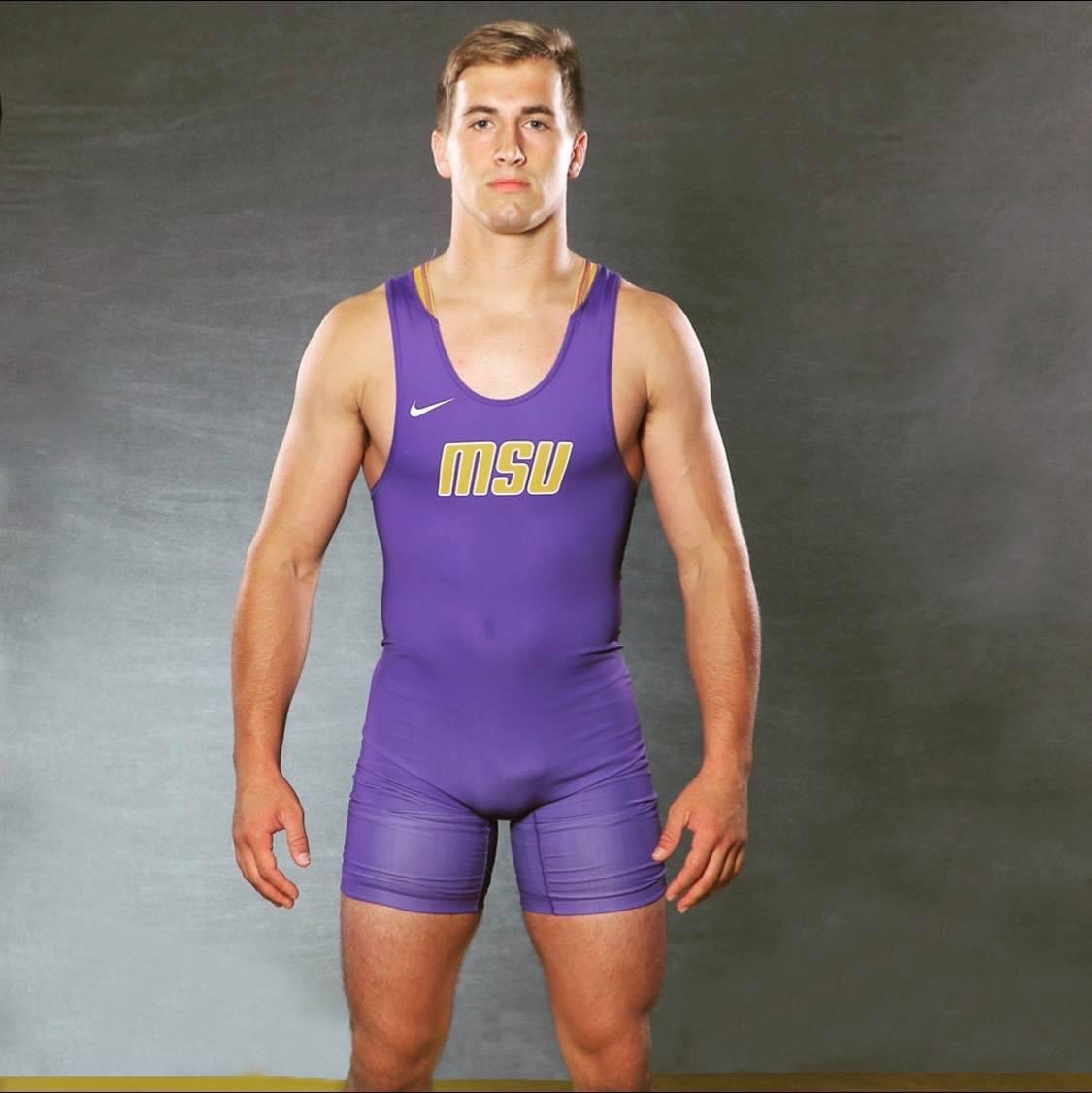 Kyler Rieck… One of my favorite Iowa HS wrestlers of the past few years. A wizard on the mat and one of the funniest people off the mat. Here’s an example…I interviewed Kyler at state in 2019. Kyler has gone bear hunting and when I asked which of the two are more intense, wrestling or bear hunting, he quickly replied, “wrestling!” The way he said it was priceless.

Kyler’s wrestling journey began long before he was born given his family history with the sport. He was introduced to it by his Grandpa Stan Krosch and his uncle. They started the wrestling program at Kingsley-Pierson HS in 1965. His mom was a cheerleader/manager/etc. for the Kingsley-Pierson team. Kyler’s uncle, Jason Krosch placed 4th at state in his day. Kyler’s initial personal experience with wrestling was when his uncle Jake would show him moves at family get-togethers as a kid and it expanded from there.

Kyler did not jump out to a fast start in his first few years of wrestling, but things gradually got better for him and the cool thing was, he never hit a wall in his development. Always improved…every single year. By the time he was a 6th grader, he was one of the top placers at his weight, placing 3rd at AAU State that year. The next year when Kyler was a 7th grader was when he hit my radar. It seemed like every big tournament we went to, he would be in future 4X state champion, Alex Thomsen from Underwood’s bracket and always seemed destined to have to wrestle him. This wasn’t necessarily a bad thing, for on multiple occasions, these matchups took place in the finals. Thomsen was in the grade above Kyler and had his foot firmly set on the accelerator by that time. He was getting REALLY good, really quickly and destroyed almost everyone he wrestled at that point. Kyler, a 7th grader, gave Alex some of his better matches of the season. Kyler ended up placing 2nd at state that year which is great for a 7th grader. As an 8th grader, he won it and did so by winning a couple huge matches over future HS State Champs, Lucas Roland of PCM 10-9 and Anthony Zach of Waukee 4-0… Kyler tore some ligaments in this tournament and wrestled the finals match basically with one arm. Kyler’s toughness was on full-display along with his high wrestling IQ by this point and he was more or less known as one of the best pound-for-pound wrestlers of his grade. 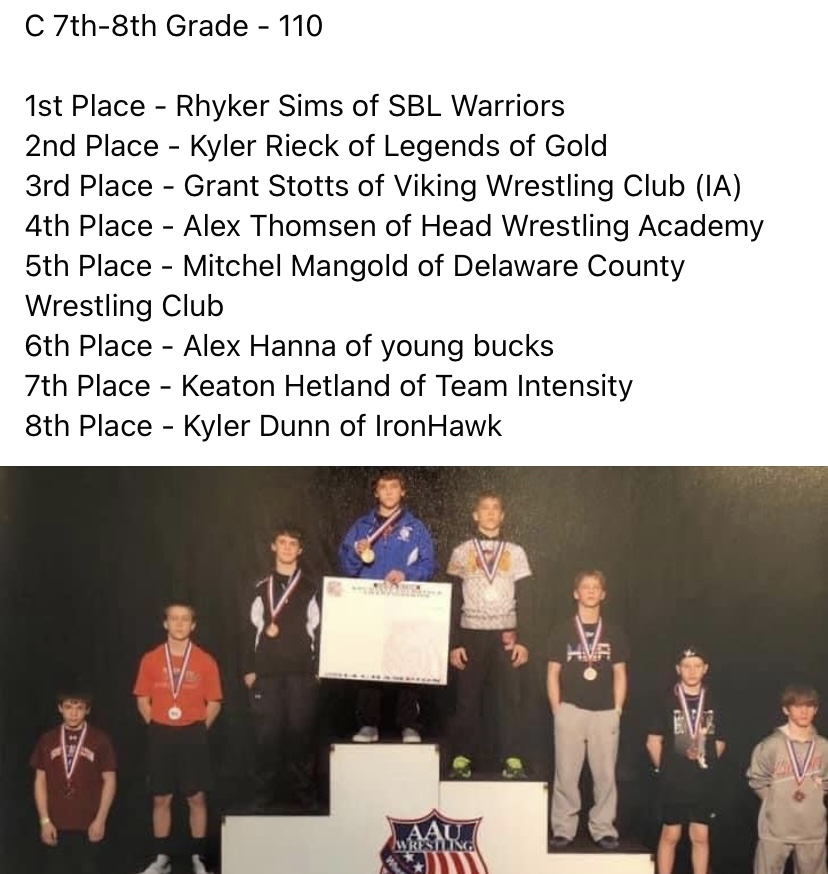 When Kyler got to HS, he was in some straight-up cobra pits for brackets and fared well. Head Coach Andrew Lundgren did a phenomenal job with him. He placed 4th as a Freshman, DNP as a SO, 2ND as a JR and won it as a SR at 2A 152 in 2019. At state, he avenged his only loss of the regular season by defeating Easton Graff of Sergeant Bluff-Luton in the semis. One of the most exciting matches of the tournament. 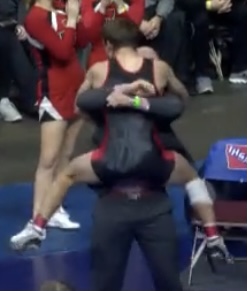 One of the coolest things of the entire finals round that year was the fact that mere seconds after he won his state title, his longtime best friend and practice partner, Kory Van Oort of West Sioux won his own state championship on the 1A mat. I noticed something funny about when Kyler was given his gold medal on the podium. When he bent down for his coach to put the medal around his neck, you can see his parents cheering directly behind where his head was in the video…and then you can’t see them again when he stands back up. It’s pretty cool. 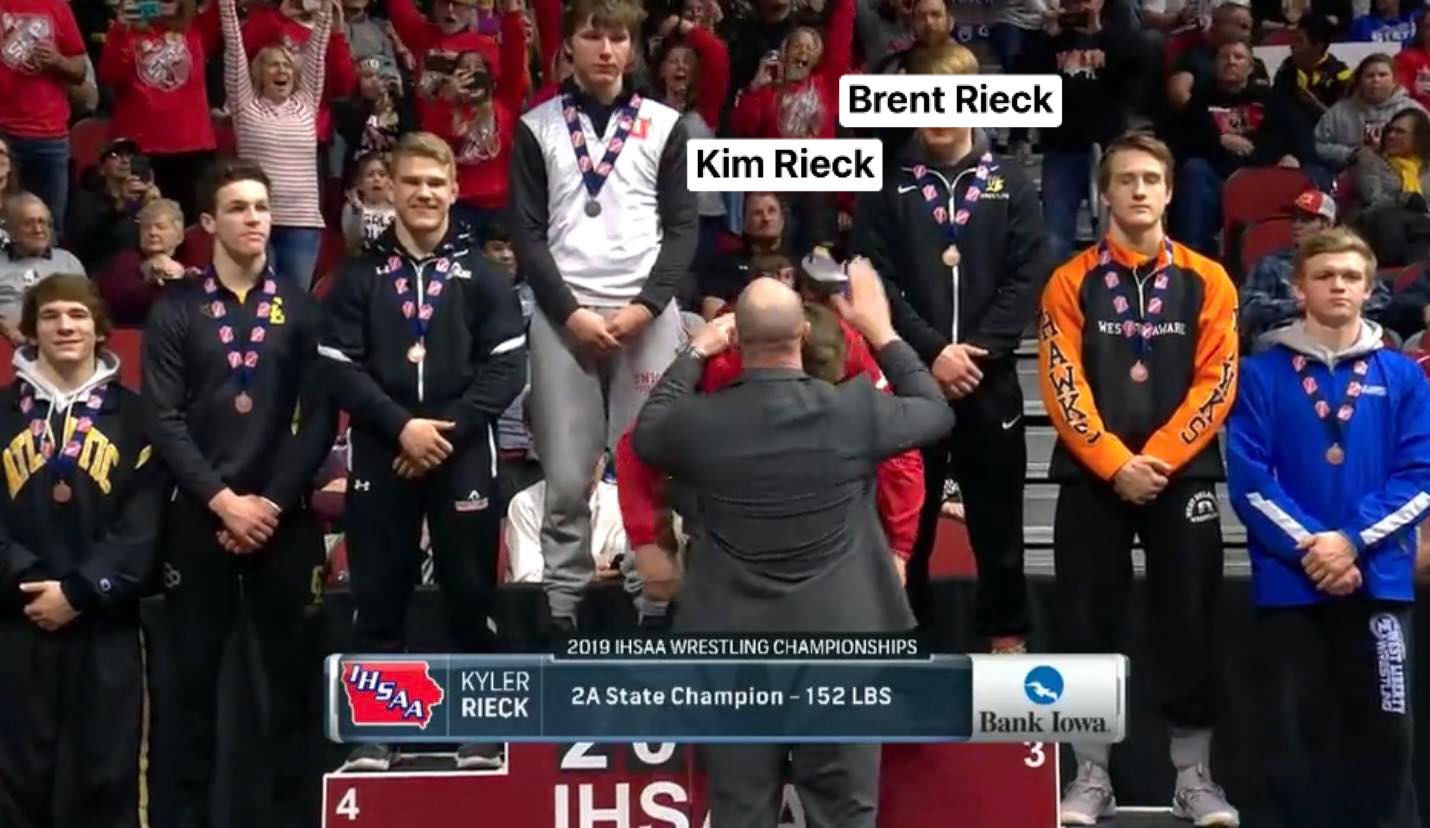 Kyler’s wrestling was fun to watch. He was rather aggressive and offensive on his feet, always moving on bottom, and always working for a fall on top. He would willingly engage in “battle of the wills” type situations when trying to turn someone on top and would punish guys for trying to interfere with his mission by means of grinding, putting constant pressure on them and being outright physical until his opponent clearly wanted off the mat. He was good in scramble situations, too… There would be situations where he would appear to be going to his back, but he would somehow end up with his opponent on their backs. I know this for a fact, for one of the biggest wins of his career was a close semi-console win over my brother Brennan at state when he was a Freshman and after that match finished, we were utterly confused as to how he was able to get out of a few situations where we thought we had him in trouble, but obviously didn’t. He wrestled a great match against Brennan. Kyler seems to have great “mat-sense.” He acquired this bruising, mat-savvy style by training at one of the best wrestling clubs in the Midwest, Legends of Gold… At LOG, Terry Pack & Josh Nolan played a huge part in his success. He practiced there all-year long throughout the majority of his career. 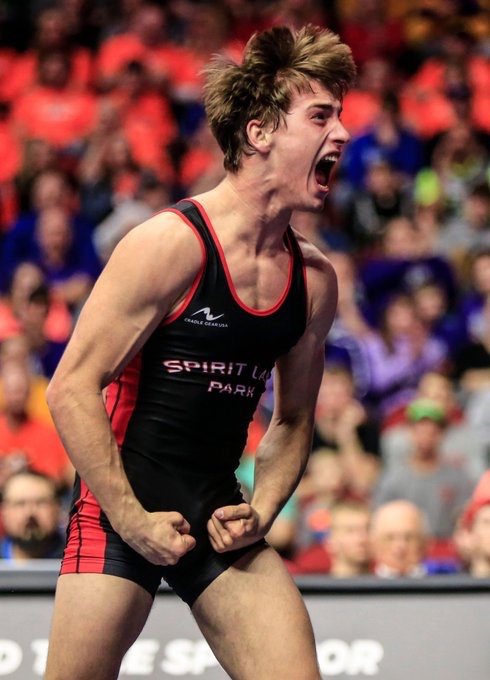 After HS, Kyler went on to wrestle at Minnesota State Mankato and from what I heard has battled some injuries, but is still grinding through it.

When I interviewed Kyler a couple years ago, he had some good advice for upcoming wrestlers:

KYLER RIECK: My advice to the upcomers would be to just enjoy every moment. Some of the workouts and stuff suck, but one day you won’t be able to go back and do it again. Just enjoy every little thing.

Kyler is an avid hunter off the mat. In this same interview, he chronicled a couple of his most crazy hunting experiences.

PINDOX:What are some of your hobbies off the mat?

KYLER RIECK: My favorite hobby is definitely hunting. I love the outdoors. I love bow hunting white tails, I also hunt turkeys, geese, ducks, pheasants, bears, and I am headed to Africa this summer.

PINDOX: What is your favorite hunting story?

KYLER RIECK: My favorite hunting story is the first mature whitetailed buck that I shot with my bow. It was spot and stalk, I got so close to the buck that it ended up being a 3 yard shot. It was the most intense thing I have ever done. That definitely got me hooked on bow hunting mature white tailed bucks. Another time I was hunting with my buddy Bryce and we split up. It got dark and Bryce didn’t meet up with me where and when he said he would after we were done hunting for the day. I ended up searching for him until I found him laying passes out in a drainage. He was running along a creek and fell and hit his head on a piece of concrete. I had to carry him a mile back to the truck on my shoulder. I woke him up and he had no idea where he was or what was happening. It was pretty scary. 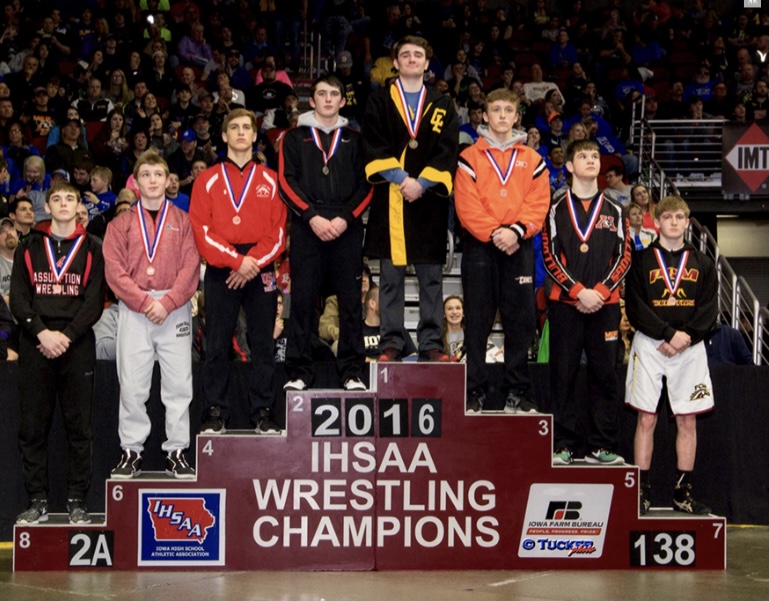 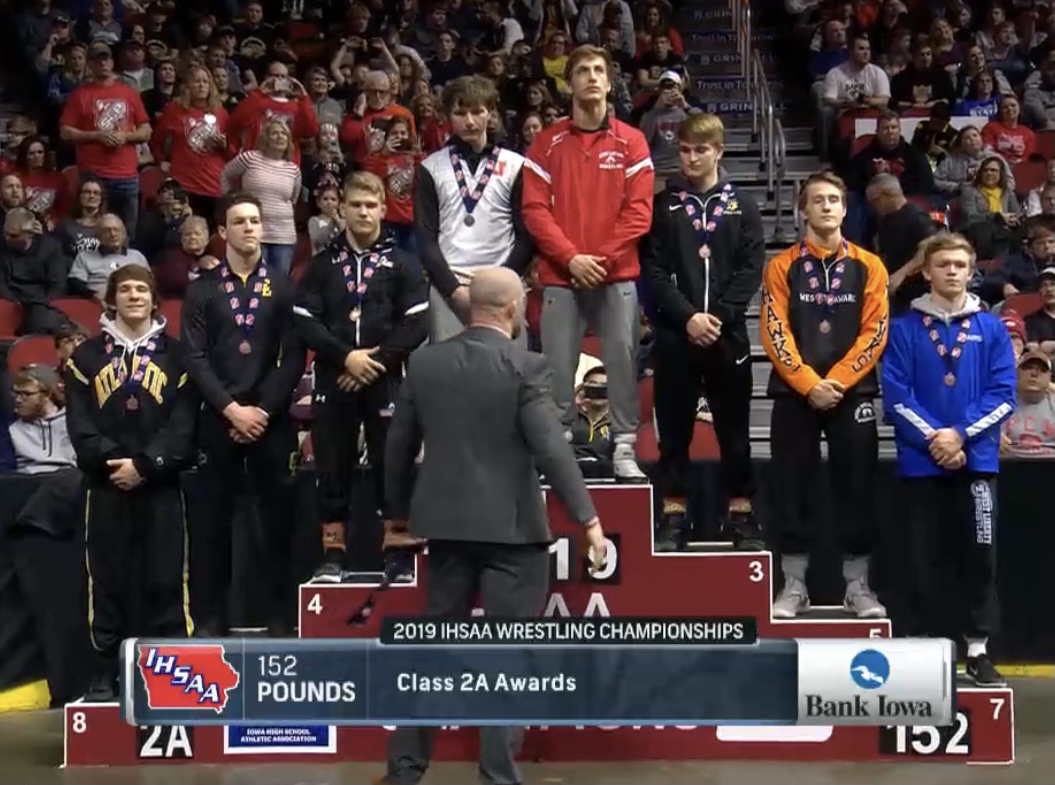 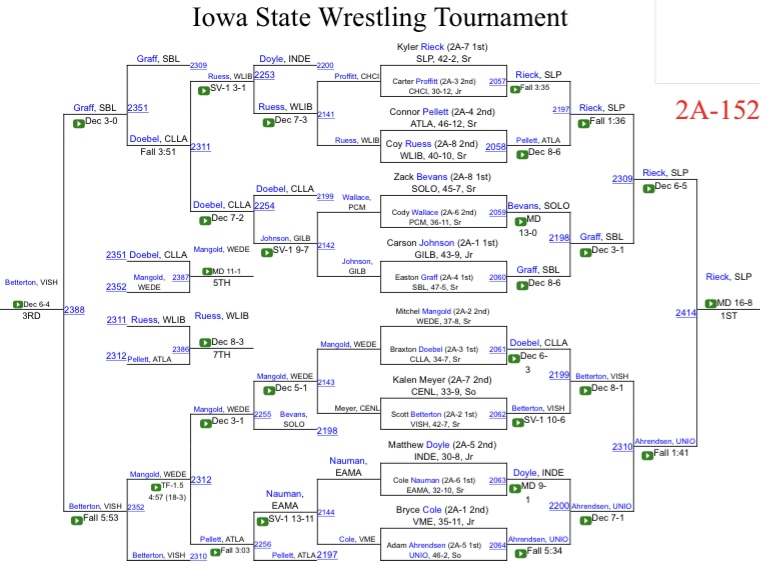