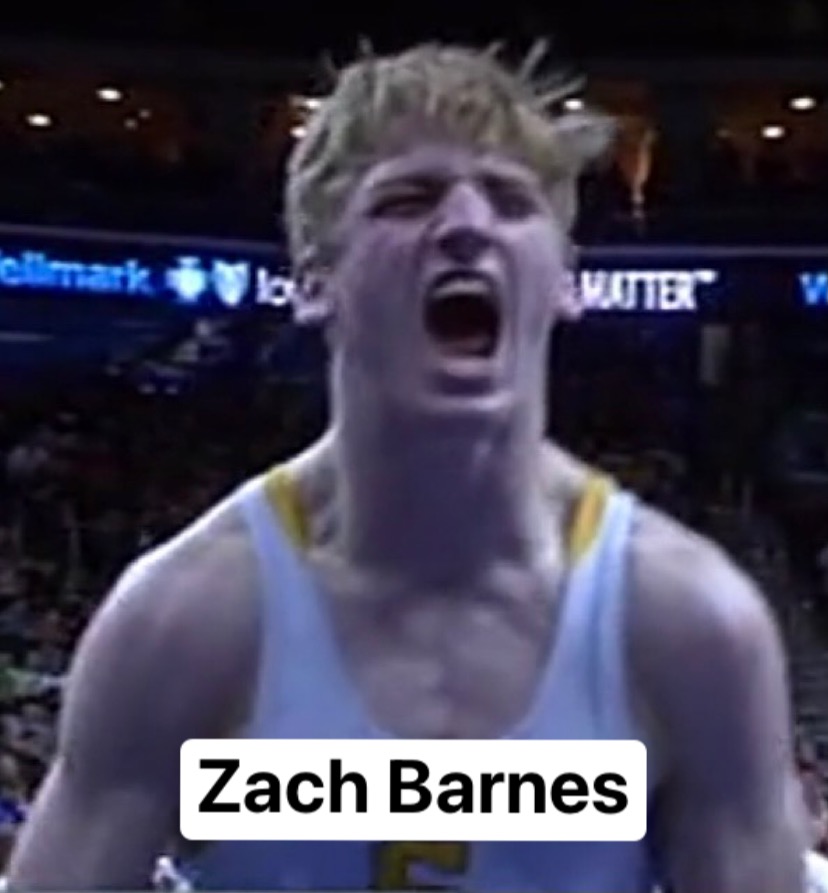 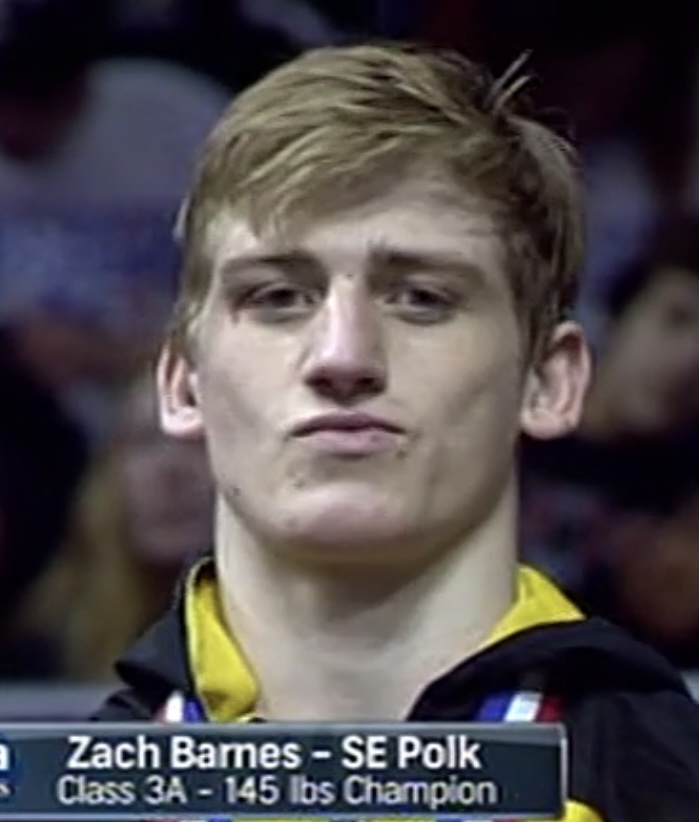 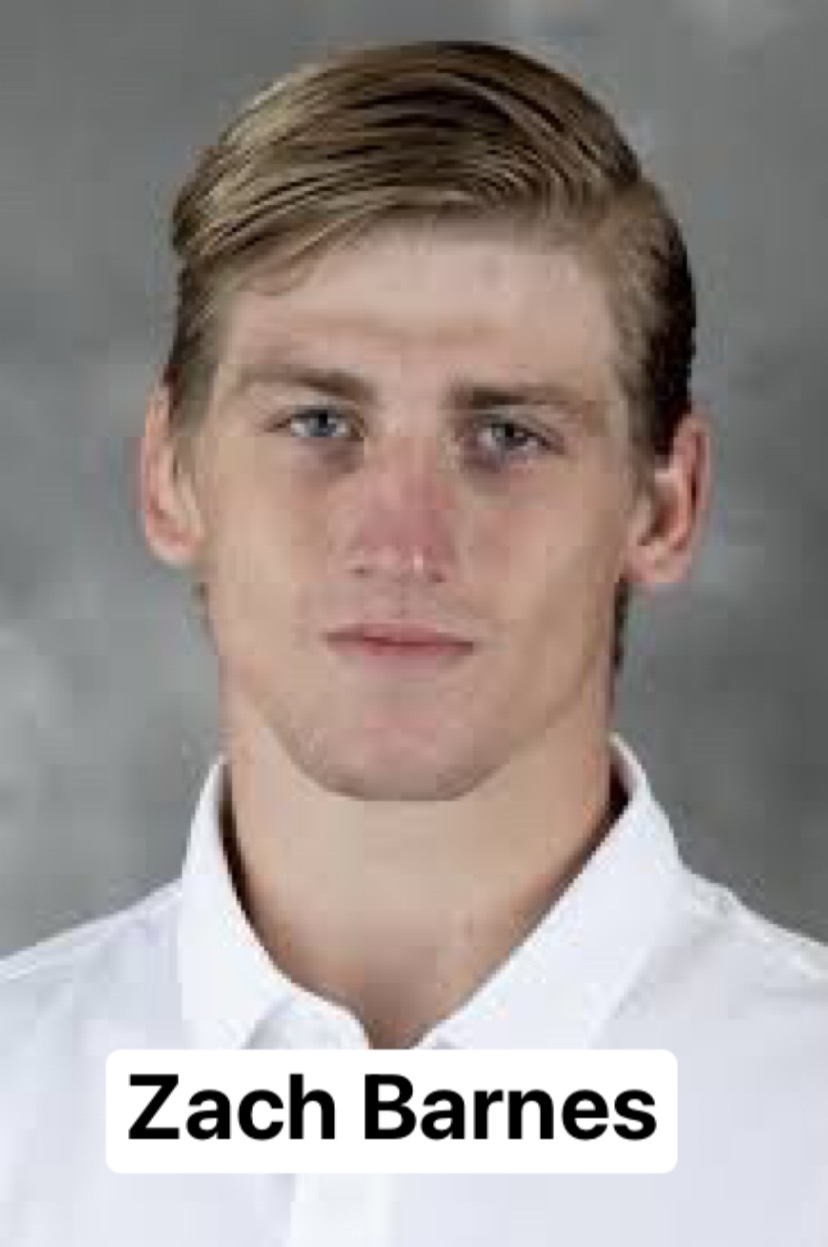 In the 1980’s, there was a lower-middleweight wrestler from Bondurant-Farrar who was a standout on the team, but had just terrible luck when it came to the state tournament. His name was Shannon Barnes and in 1987 he qualified for state at 1A 132 with a 20-3 record, won his first match at state, lost in the quarterfinals and could not wrestle back because the guy who beat him did not make the finals. In 1988, Shannon qualified for state again, this time at 1A 138 and with an undefeated record of 30-0 and won his first match at state again. He was defeated in the quarterfinals again and was not given a wrestle back for the 2nd year in a row, for the guy who beat him in the quarterfinals did not make the finals again. Shannon finished with a record of 31-1 his Senior year and did not place… can you believe that? If there’s anyone I’ve heard of who epitomizes just how screwed over these guys back in the days used to get because of the ridiculous wrestle-back rules, it is surely him. It still boggles me a system like that was ever put into place. 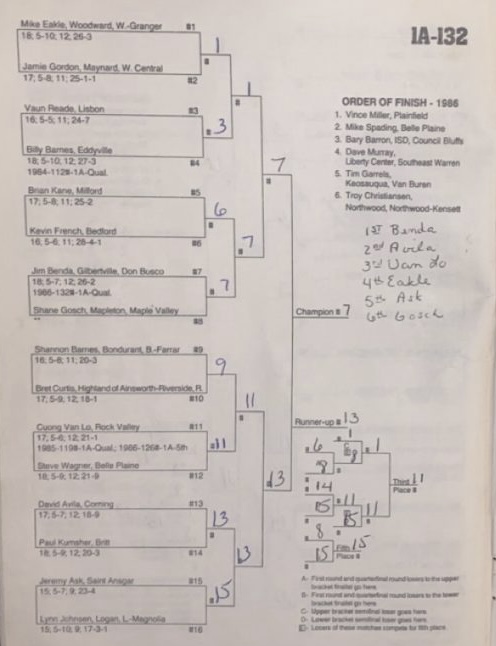 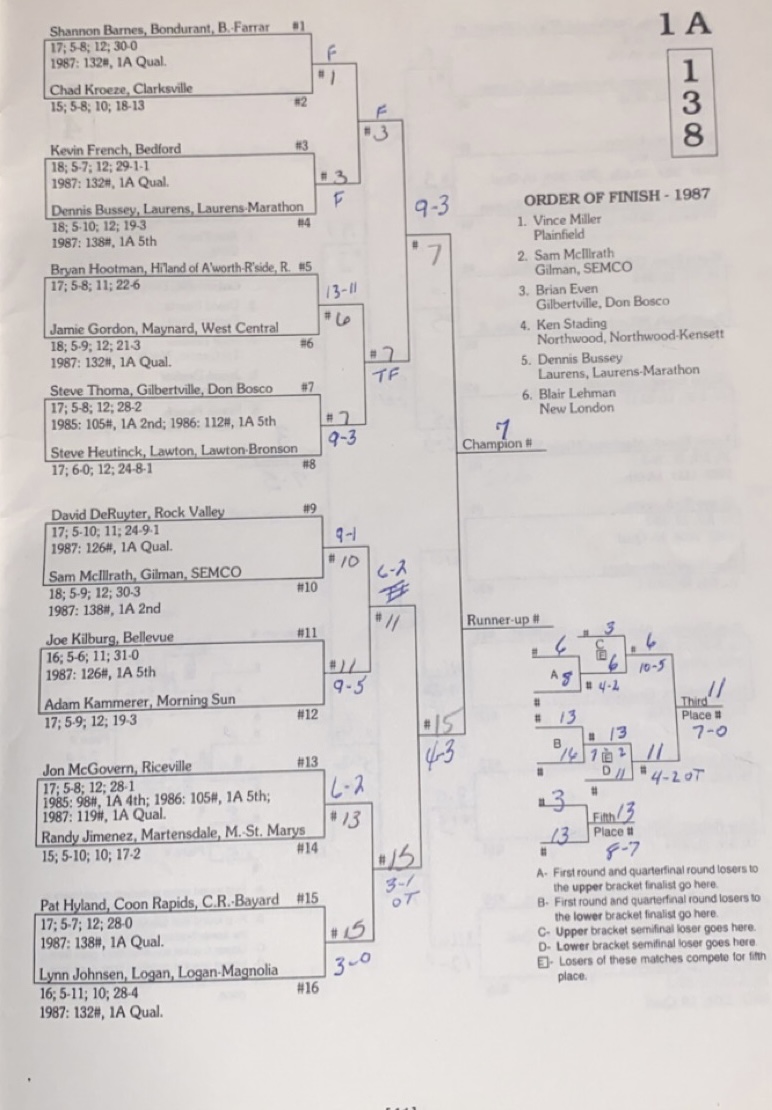 With that said, 29 years later, when Shannon’s son, Zach Barnes of SE Polk won his first state title in his final try, it likely alleviated some deep-seeded anger or anxiety he may have had due to his own shortcomings. I mean, what a relief. 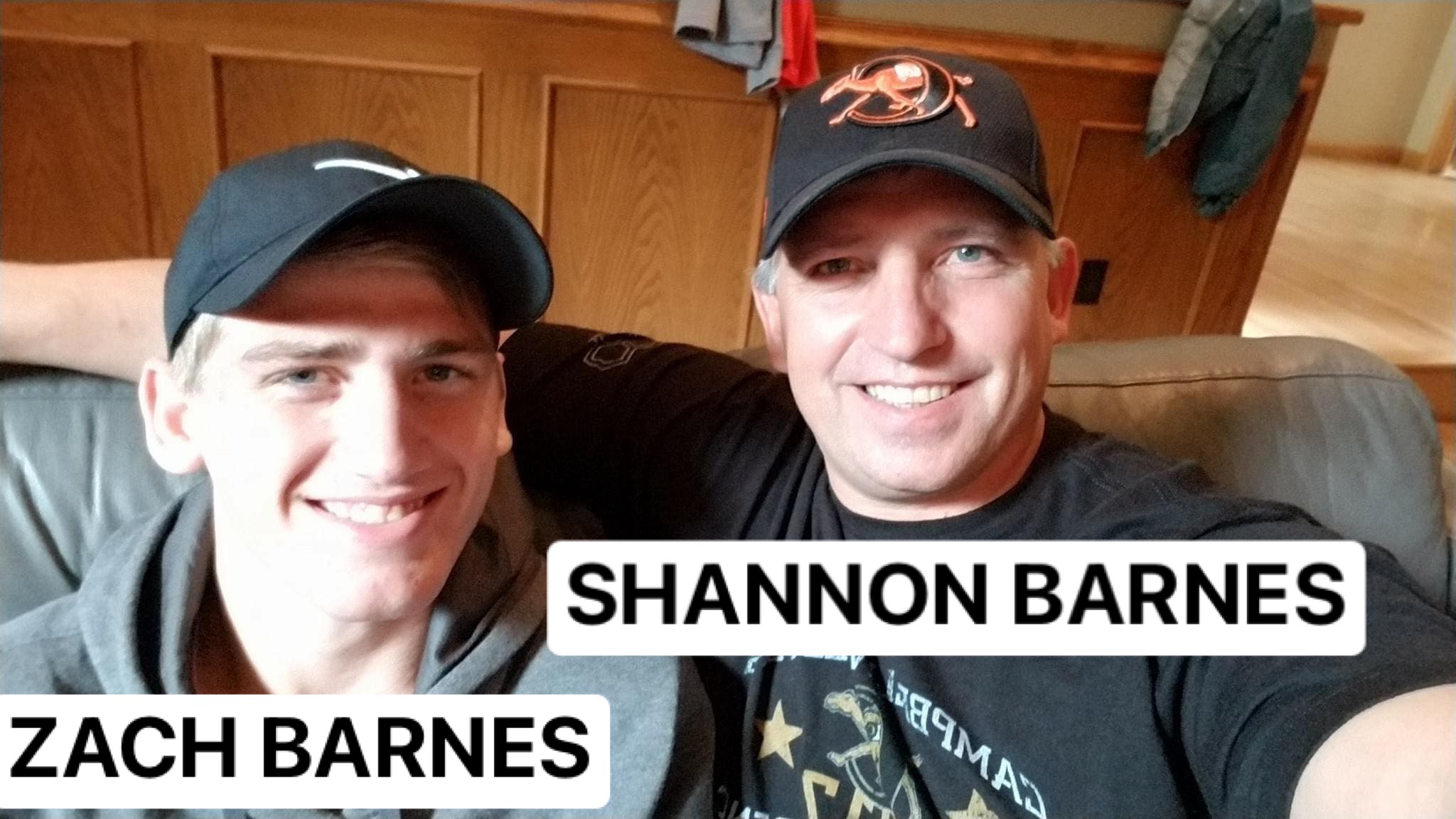 And Zach wasn’t exactly the “lucky” type himself. He never was. Ever since he was a little kid, Zach Barnes was always one of the top guys in the grade and gave some of the states best pound for pound guys like Alex Thomsen, Grant Stotts and Nelson Brands just absolute fits, but sometimes he would have an “off” tournament at the exact wrong time. I mean, sometimes he would do what was expected of him by everyone and win it, but other times, his results provoked a great deal of head-scratching. Sometimes he would be beaten at state by someone he had dismantled several times in the regular season. He did have a knack for sealing the deal in his final tries of both AAU and HS State, though. He won AAU as an 8th grader at C-95 in 2013 and looked absolutely dominant against great competition in doing so. 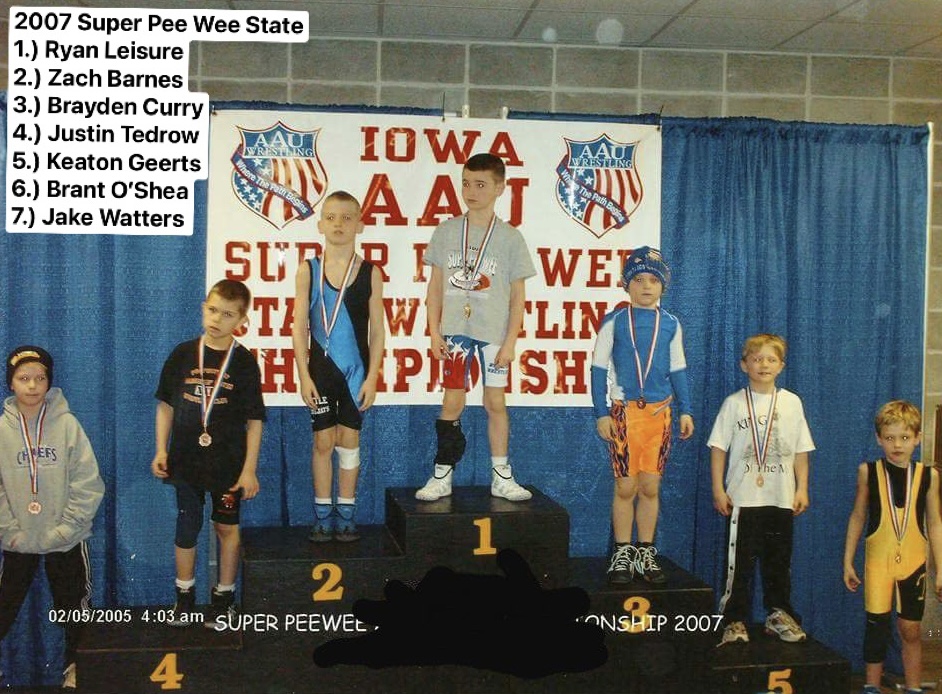 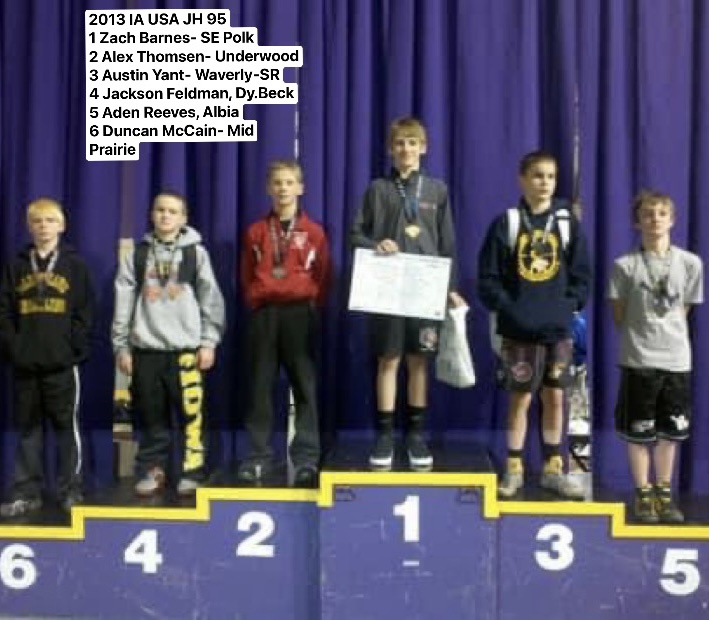 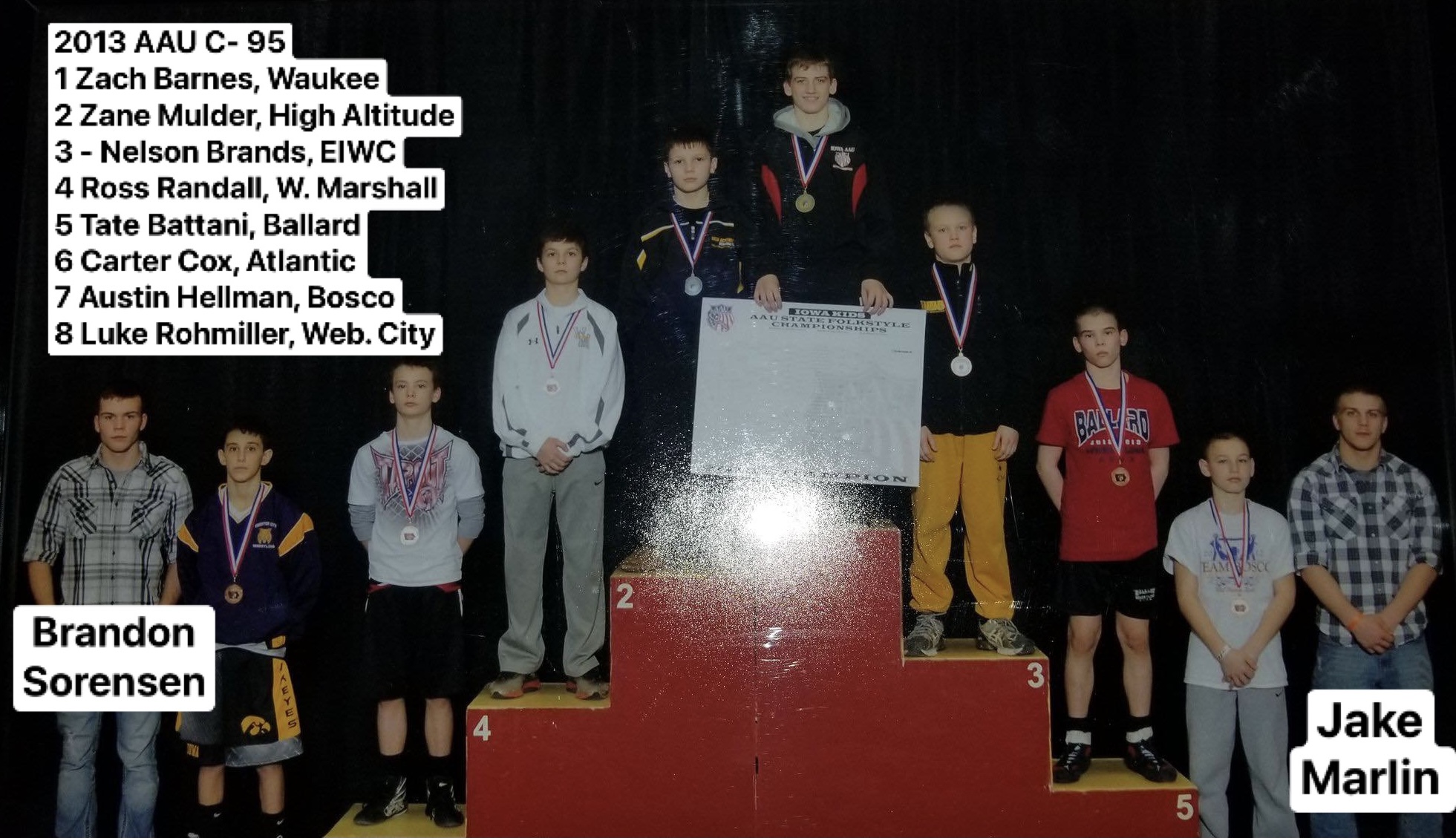 He won 3A 145 as a Senior in 2017, though. He defeated returning state champ, Grant Stotts from Valley in the finals by the score of 5-1. Stotts and Barnes probably met up 20 times since they were little kids and there was a streak there where Stotts used to have the upper hand. However, Barnes owner the rivalry his Senior year. Those two met up 4 times that year and Barnes won 4 close matches. Pretty impressive. 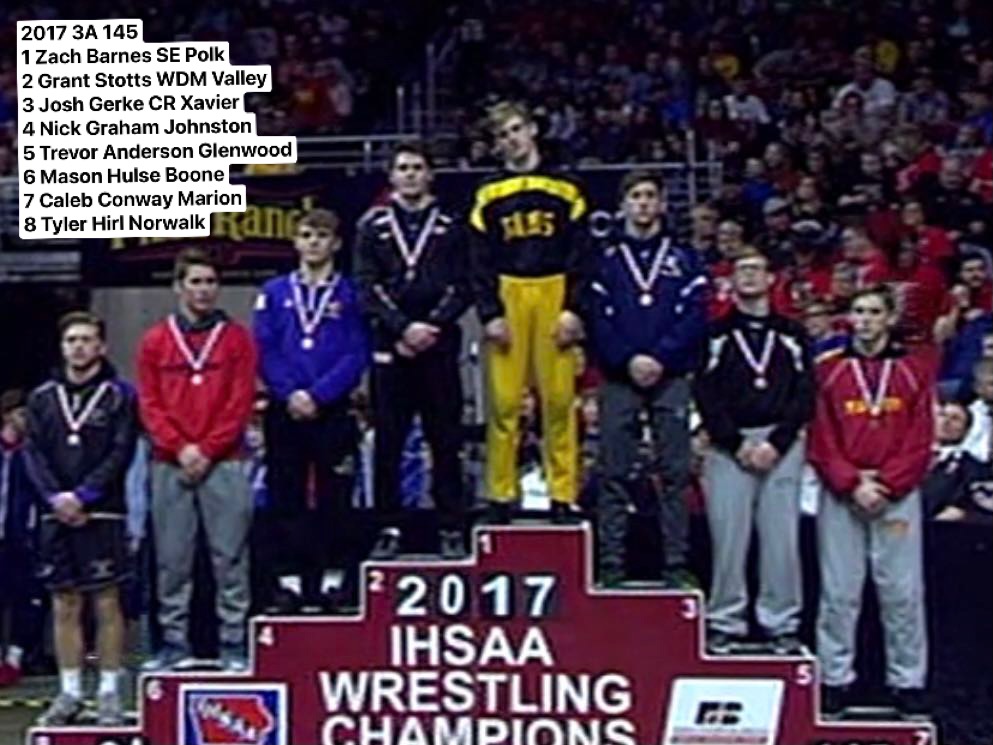 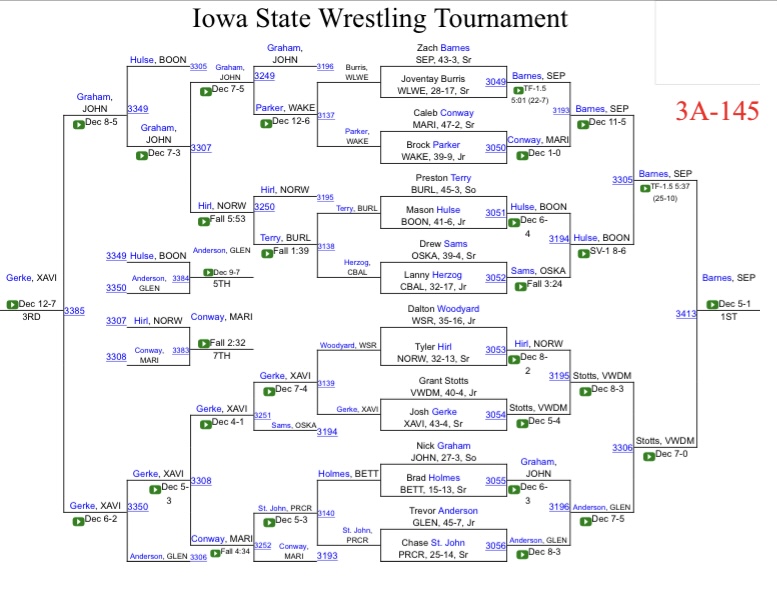 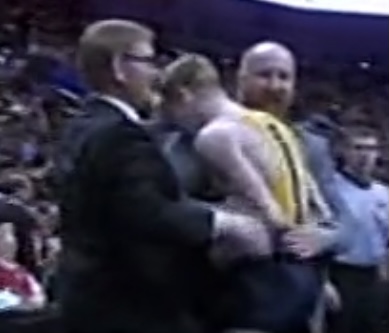 The way Barnes beat people was just methodical as hell. He knew how to blow the score up once he got some positive momentum going. You didn’t want to get in an early hole against him, because chances were, you were doomed if that happened. And he worked his tail off in practice. I know this by watching him, my brother Brennan and Nathan Lendt just push the hell out of each other in these practices in Moravia that were conducted by Moravia runner-up, Jamie Cochrane. Those were some of the best youth wrestling practices I ever witnessed. 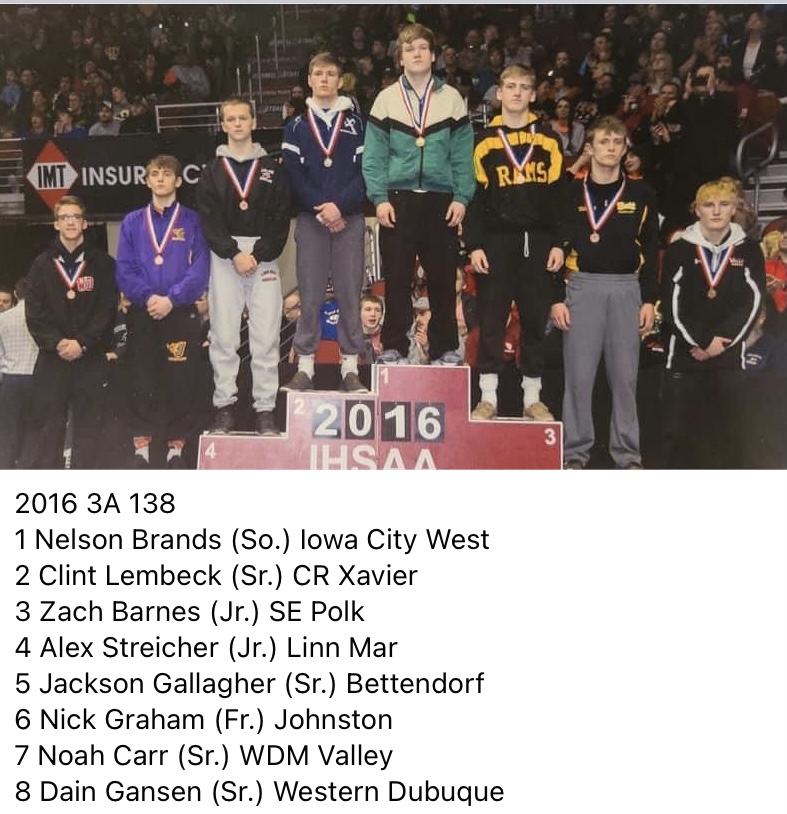 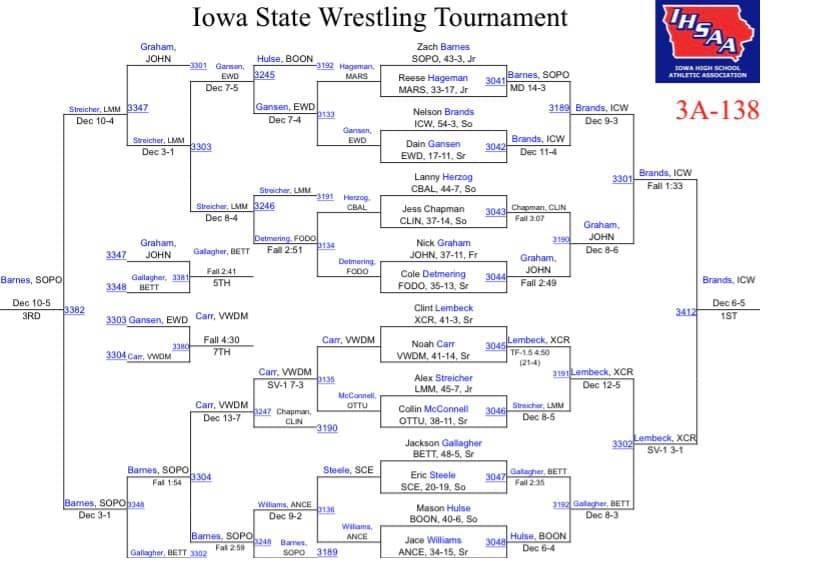 In the years prior to his Senior year, Barnes had placed 5th as a Freshman in 2014 at 3A 113 and 3rd as a Junior in 2016 at 3A 138. His Junior year was likely expecially frustrating, for the guy who beat him in the quarterfinals and went on to win the bracket was Sophomore, Nelson Brands of IC West. Barnes, to that point had owned Nelson for years. And when I say that, I mean, he teched him at state as an 8th grader, teched him when Nelson was a Freshman in HS the year before, beat him 9-3 during the regular season a few short weeks before they met at state, etc. He lost the big one at state, thought and it had to have stung. He fought back hard and beat some great wrestlers on the consolation side and placed 3rd. 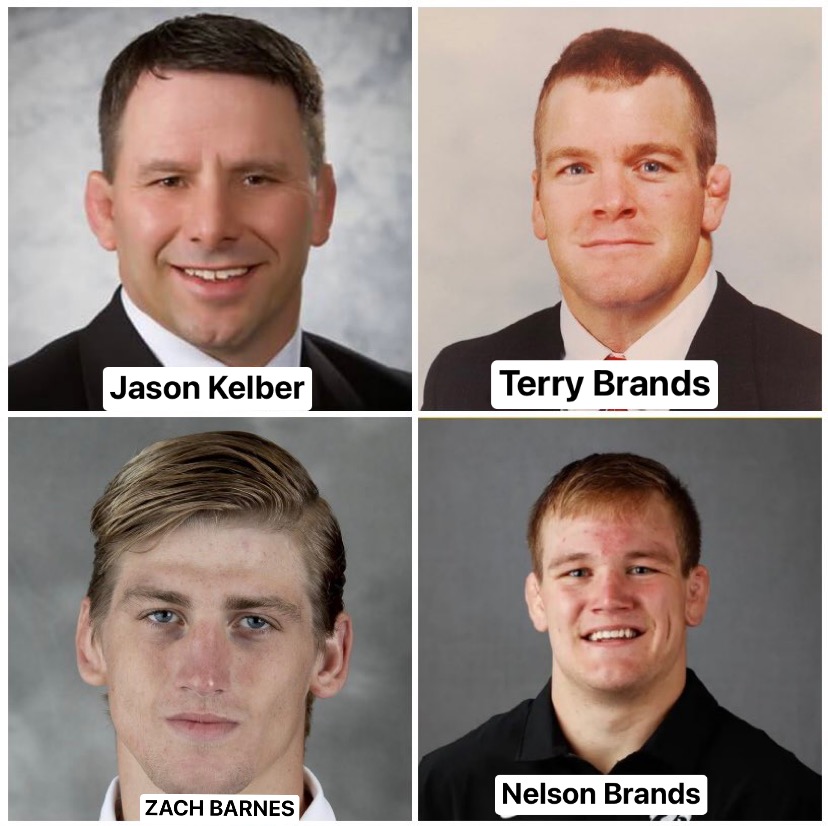 The crazy thing about his little rivalry with Brands is the fact that their familial rivalry actually began a generation before when Tom and Terry were competing in HS/College. If there was anyone who could be labeled as Nelson Brands’s kryptonite, it’d be Zach Barnes for sure. If there was someone who seemed to have Tom and Terry’s number in HS/college, it was 3X State Champion/NCAA D1 Champion, Jason Kelber of State Center, West Marshall. Kelber defeated Tom Brands in the finals at state in 1987 and would be defeated by Terry Brands in the D1 NCAA finals in 1990 and would avenge the loss by defeating Terry in the NCAA Finals in 1991. Crazy thing is, Kelber is Zach Barnes’s cousin. Small world, ain’t it? 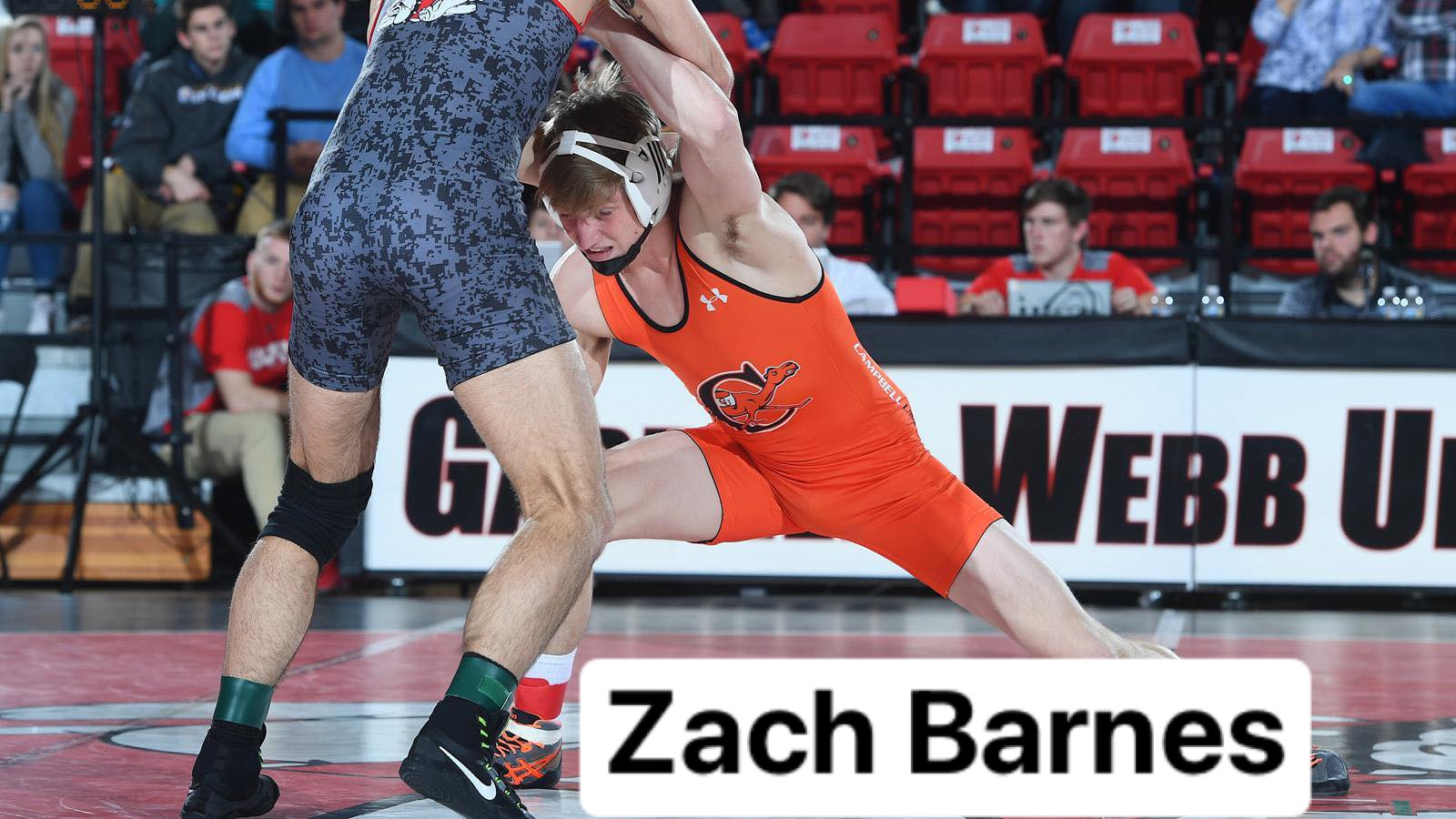 Zach committed to wrestle D1 at Campbell University. He has wrestled 3 seasons for them and in those seasons, he has experienced his share of peaks and valleys. He has had some big wins and some frustrating losses. I can’t help, but wonder if he has experienced some injuries the past couple years because his results do not reflect how good he is. Last season he did not have any matches, but he was and still is on the roster. I’m not sure how much eligibility he has left, but you can’t ever count Zach Barnes out. He’s proven time and time again that he is able to pull off some big wins when he is down to his last chance to do so. 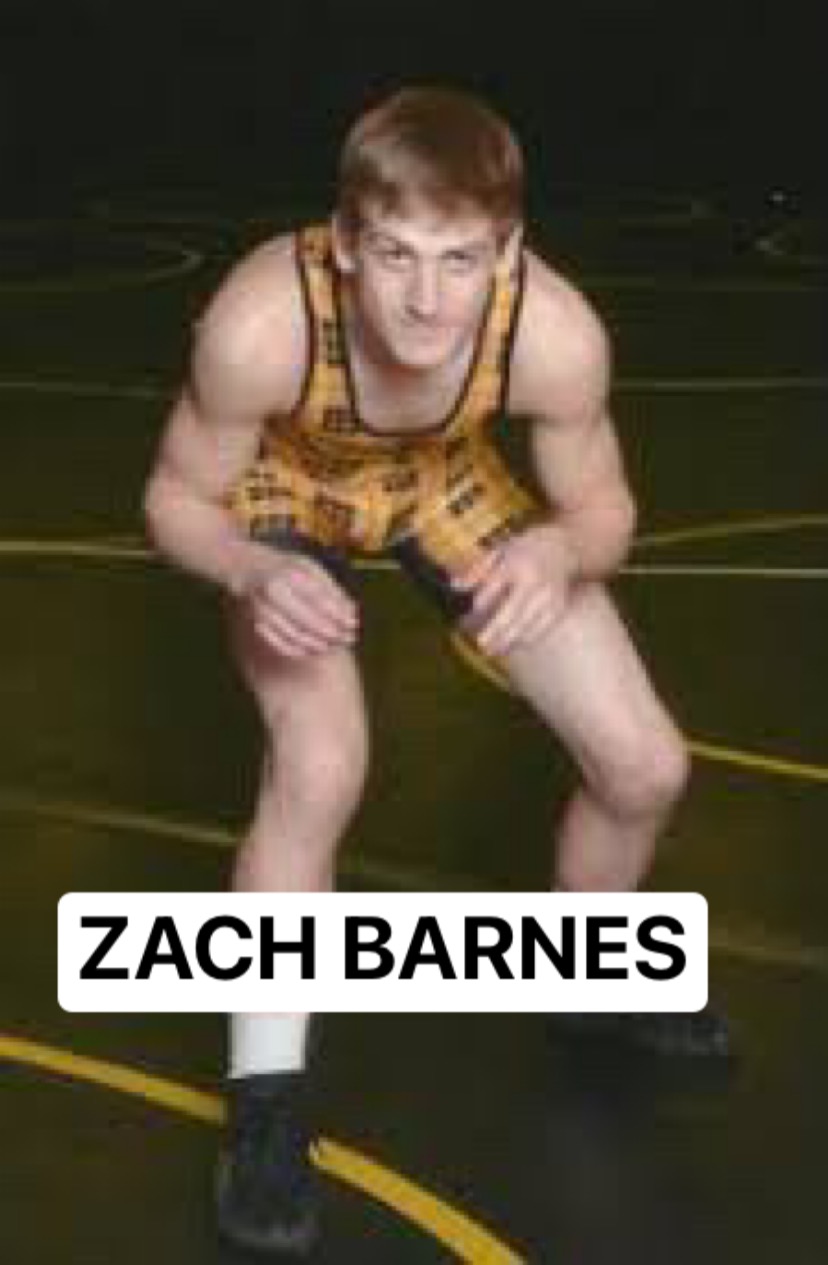 Zach Barnes… one of the most methodical and technically sound wrestlers of the 2010’s.