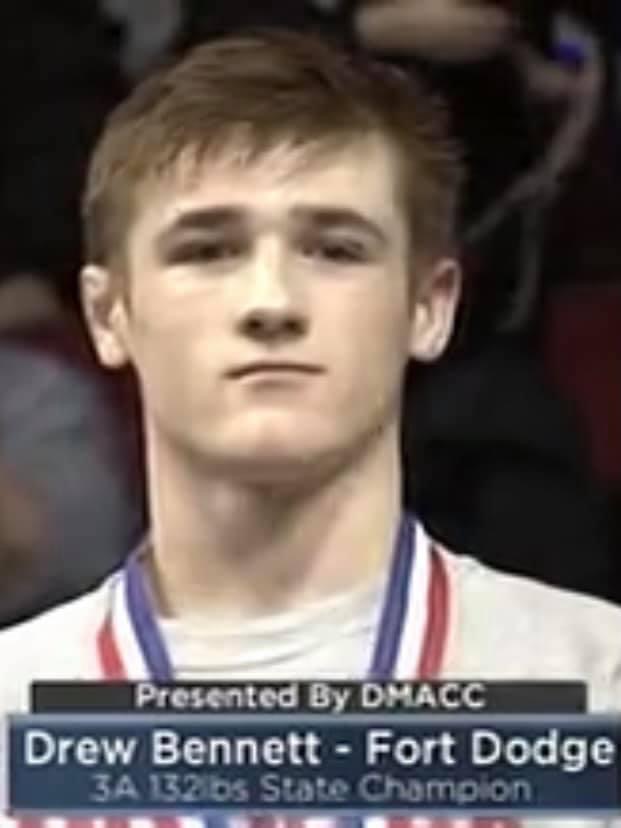 Many wrestlers will experience in their careers, what my dad has always called, “peaks and valleys.” When someone uses that phrase, what they are referring to is “highs and lows.” Someone may have moments where they feel like they are on top of the wrestling world and then suddenly, things change and they feel as if their wrestling situation couldn’t possibly get any worse. And then of course, things can shift back and forth between awesome and awful quite a few times before their career concludes. Peaks and valleys. That’s one of the first things I think about when I hear the name, “Drew Bennett.”

Drew Bennett got off to a blazing start to his career in the youth wrestling scene. Over the past few decades since the origination of the tournament, I don’t know how many guys have won 6 AAU State titles, but I know it can’t be many. I remember the first two guys to ever win 6 of these were Trent Paulson from CB Lewis Central and Ryan Morningstar from Lisbon. It’s a pretty big deal. Essentially, when a kid wins 6 AAU titles, it means that they won AAU state every year they competed in the tournament, which unless they were bumped up as 2nd graders, they wrestled in the AAU state tourney 6 times from 3rd grade through 8th grade. Drew Bennett won 5 AAU titles and seemed to be on track to winning 6 during his 8th grade season. The kid was seriously a step above the rest of the guys in that grade skill-wise, pound for pound from the time he was in 2nd or 3rd grade and basically for the majority of that grade’s youth career. 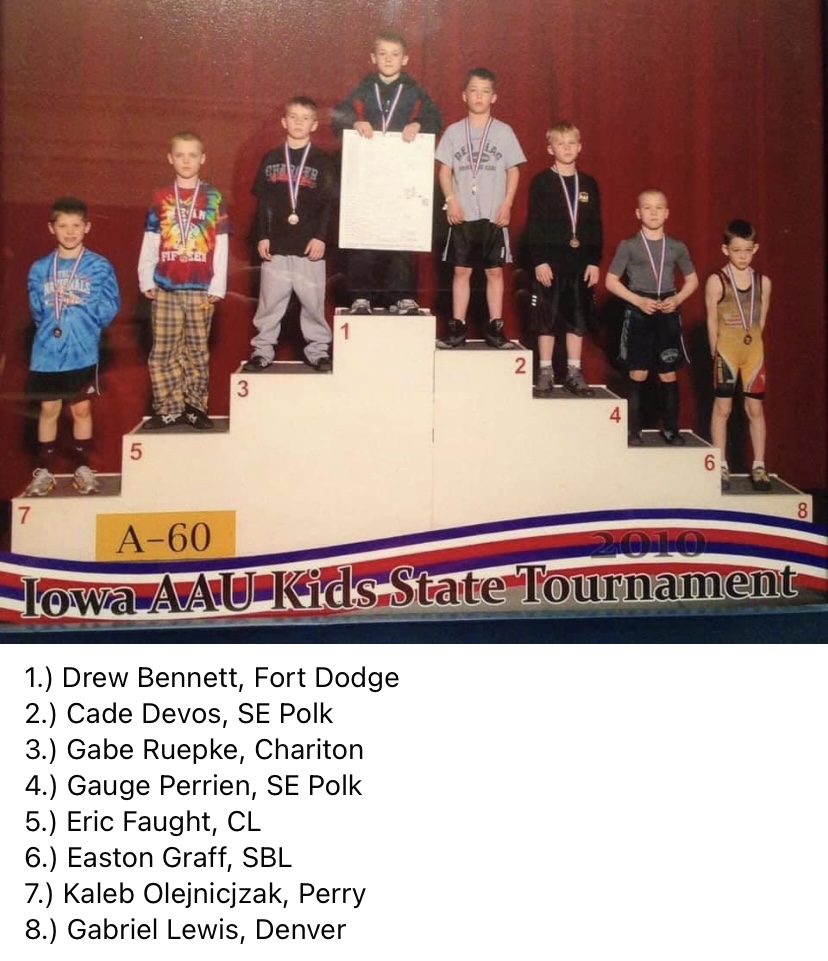 Everything was smooth sailing for Bennett. He reached a peak and a plateau seemed to form at the top of it. Bennett was the best in the grade and everything seemed to be falling into place for him to have a borderline flawless career if he kept it up…. All the way until a couple weeks before the AAU State tournament his 8th grade year, when all hell broke loose for him. You know why he didn’t win 6 AAU titles? Because he broke his arm a couple weeks before the AAU State Tournament his 8th grade year. If someone wants to downplay how much of an accomplishment it is to win 1 AAU State title, let alone 6, then I would just like to emphasize that there have been youth clubs that I have been part of or seen over the years that worked every bit as hard to reach their goals as high schoolers and college-aged wrestlers. And the primary goal for most of these kids is to win an AAU state title… and they work their butts off to do it. If you would have told any of us at the time we were in youth wrestling that AAU Youth State didn’t mean anything, we likely would have all wanted to collectively thrown you threw a wall.

So Drew Bennett had unexpectedly entered a valley, but he was a tough kid and had proven this several times already, it was likely he would get things back on track and he wouldn’t have to deal with something out of the ordinary like that again, right? Unfortunately, that’s not how it played out for Drew. Drew was a lighter weight for his grade. Not the lightest, but lighter and was probably banking on hitting a growth spurt between 8th grade and freshman year so he could fit into 106 lbs comfortably. This didn’t happen. In fact, he wrestled 95 lbs. at FloNationals that very season, so he was very undersized as a Freshman. And this was a problem for Drew because his teammate in his grade who had been in Drew’s shadow a bit since they began wrestling, Brody Teske, had grown into the weight perfectly. And this is by no means an attempt to slight Teske, for he was a great youth wrestler himself, but when you have a guy on your team and around your weight who won 5 AAU state titles and likely would have won 6 if he hadn’t been injured, then it’d take something near perfection to stay clear of that kid’s shadow. And when these two entered HS, these roles flipped. Brody Teske went on to become a 4X state champion with only 1 career loss. Bennett wasn’t able to crack the starting lineup at Fort Dodge until his Sophomore year, for he spent his first HS season as a 95 lb. Freshman who was 2nd string behind a guy who ended up becoming one of Iowa HS wrestling’s most decorated ever. If that isn’t a string of sudden awful luck, I don’t know what is.

Bennett grew into 106 by the time he was a Sophomore and had a great year, placing 3rd at state. His loss at state was a nail-biter. He lost 3-2 to future 3Xer Kyle Biscoglia from Waukee in the quarterfinals and dominated his way on the backside for 3rd place. He defeated Biscoglia during the regular season.

As a Junior, Drew Bennett went on a tear during the regular season at 113 lbs. He was undefeated coming into state that year and 2 of his regular season wins were wins over the guy who beat him in the quarterfinals at state the year before (Biscoglia). He also had a 14-7 win over future 4Xer Cael Happel…one of only 2 losses Happel ever took in his career to an Iowan. However, Bennett dropped a 6-3 decision to Biscoglia in the semis and had to settle for 3rd place again. 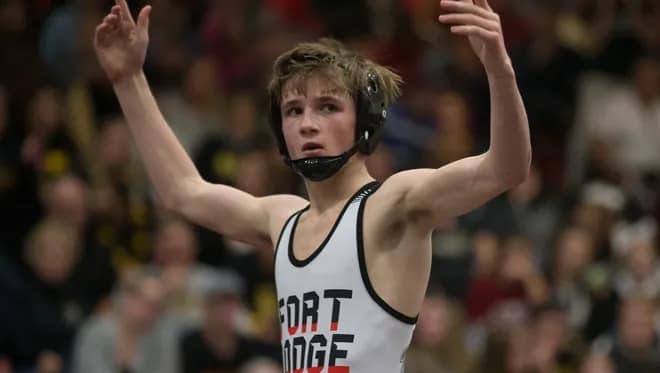 As a Senior, Drew Bennett’s frustration was presumably at an all-time high considering how the first 3 years of his HS career had gone. He was at 3A 132 and was off to a fast start to the season when he was named Outstanding Wrestler at USA Wrestling Preseason Nationals after winning the 126-pound weight class. However, if he were to win his first state title as a Senior in HS, it wasn’t going to come easy for him, for he had to contend with a kid named Zach Price from Johnston. Price had placed at state the previous 3 years and he and Bennett had split wins during the regular season. They met in the semifinals and Bennett pulled off a 5-3 win and capped off his HS career with a state championship by defeating Eli Loyd of Pleasant Valley by a score of 9-4 in the finals. 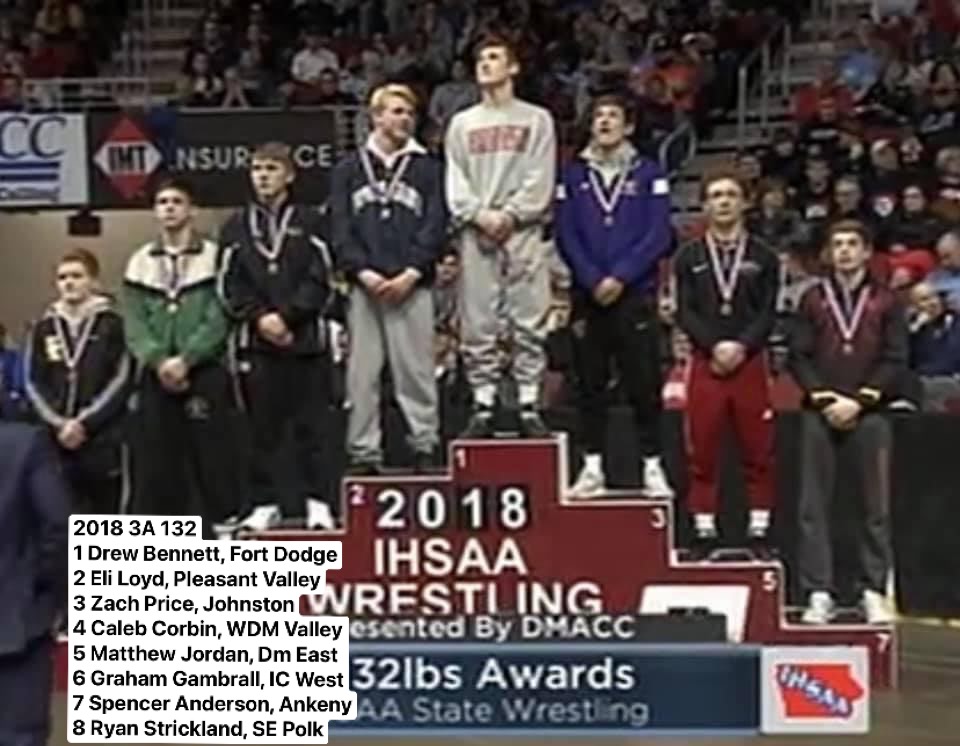 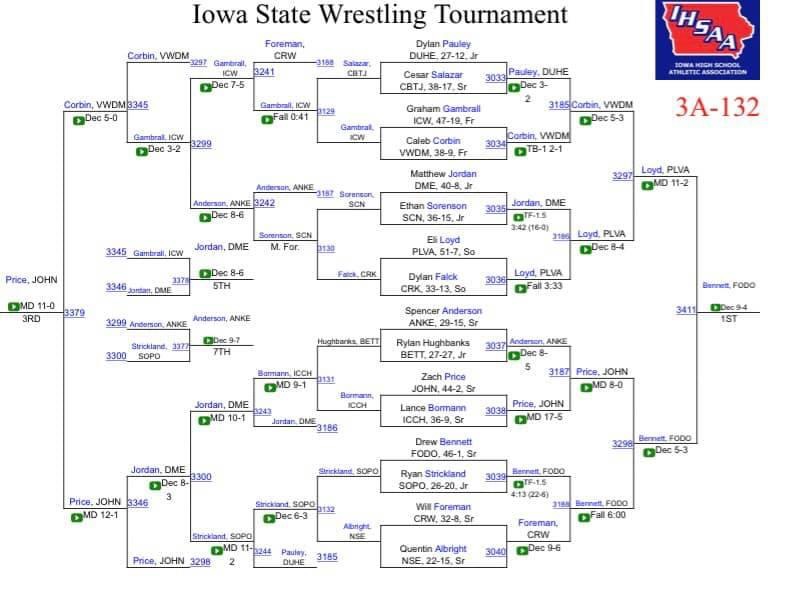 Bennett committed to wrestle at UNI. He wrestled 3 seasons there, redshirting his first year there. That first season he finished with a respectable 14-4 record. The next two years, he wrestled his share of varsity matches at 141 and 149 and won some nice matches while there. 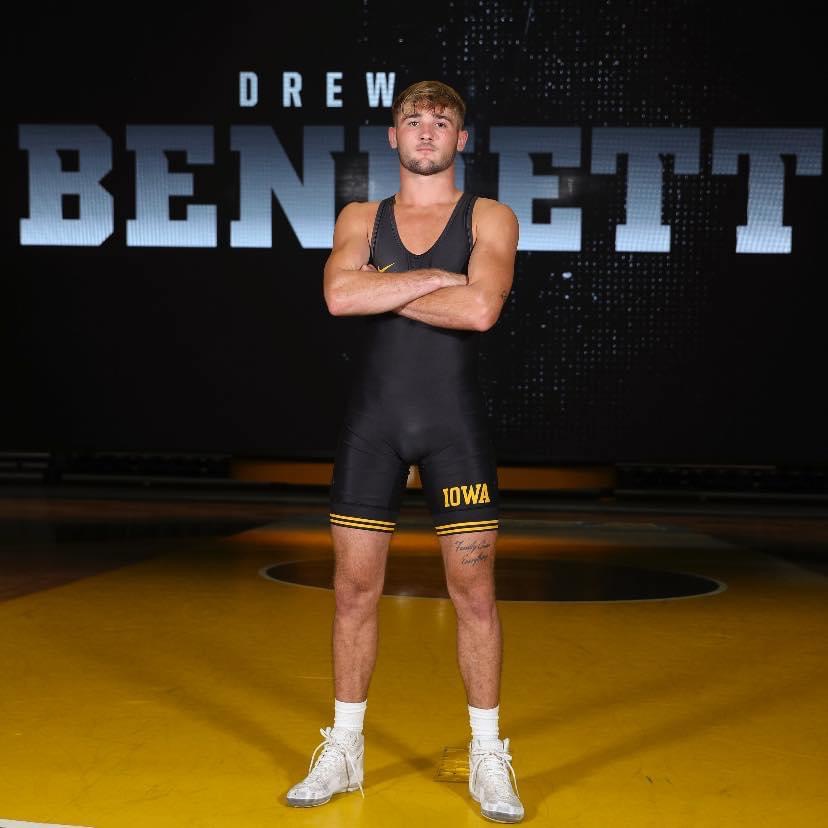 A month or two ago, Drew Bennett transferred to the Iowa Hawkeyes and IMO, Iowa may be a perfect fit for him, for a lot of things that Iowa does well are things that if Drew were to perfect them in his own arsenal, it may just shoot him to another level from where he is at now. Although Drew has yet to accomplish anything near what he has wanted to at the D1 level, he has endured the “peaks and valleys” of wrestling before and has come out on top. The book is not closed on him and it will be very interesting to see how he does the next 2 years at Iowa.