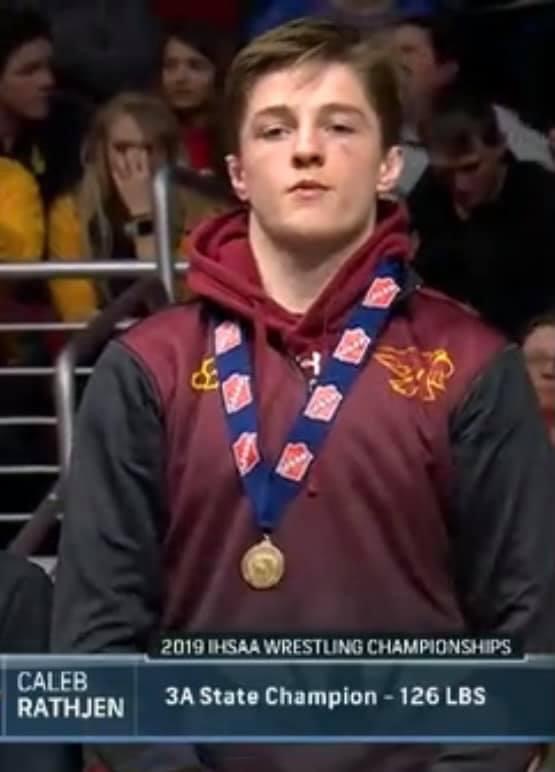 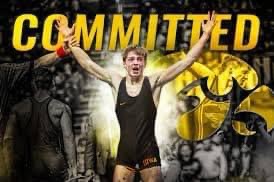 The Rathjen family has quite the wrestling legacy going! Well, Ankeny Wrestling in general has quite a thing going and HC Jack Wignall is doing a brilliant job with that program and there’s a ton more to come about them, but this one is about Caleb Rathjen…the 2nd of 3 Rathjen boys, all standout wrestlers from Ankeny. To start, their father Kirk Rathjen was a 2X placer and State Champion in HS. He wrestled for Iowa Valley where he placed 4th as a Junior in 1991 and capped off his HS career as an undefeated state champion at 1A 171 as a Senior. There’s older brother, Cole Rathjen who was a good wrestler for Ankeny a couple years ago… he was a state qualifier for them. There’s the youngest, Calvin, who is already raking in state titles on the youth circuit. And then, of course, there’s Caleb… one of the best HS wrestlers around. 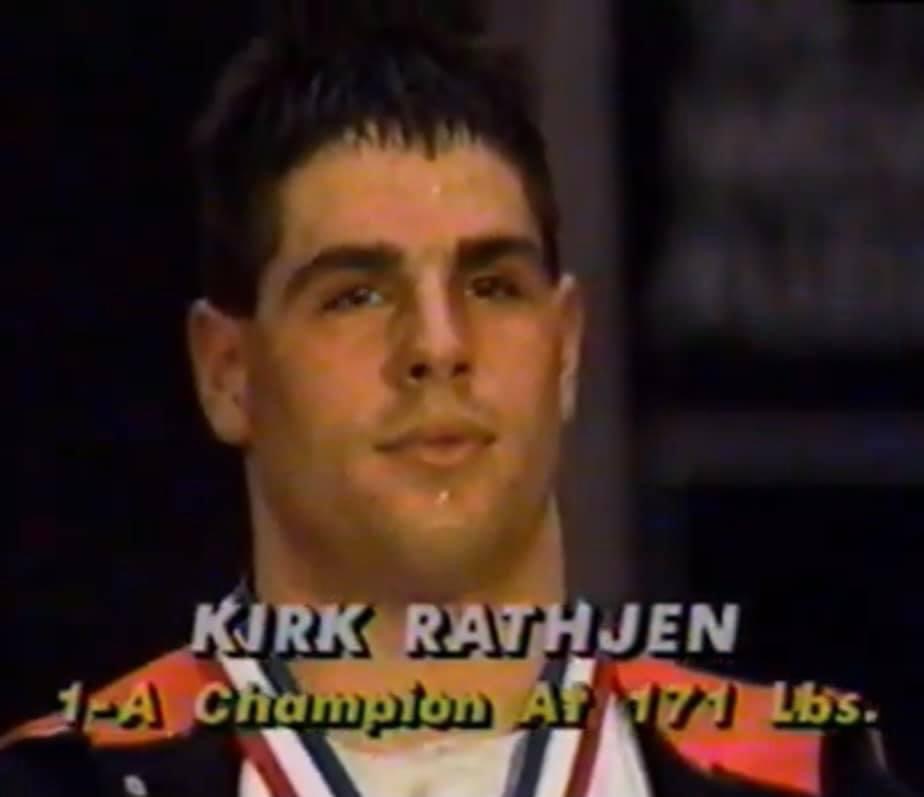 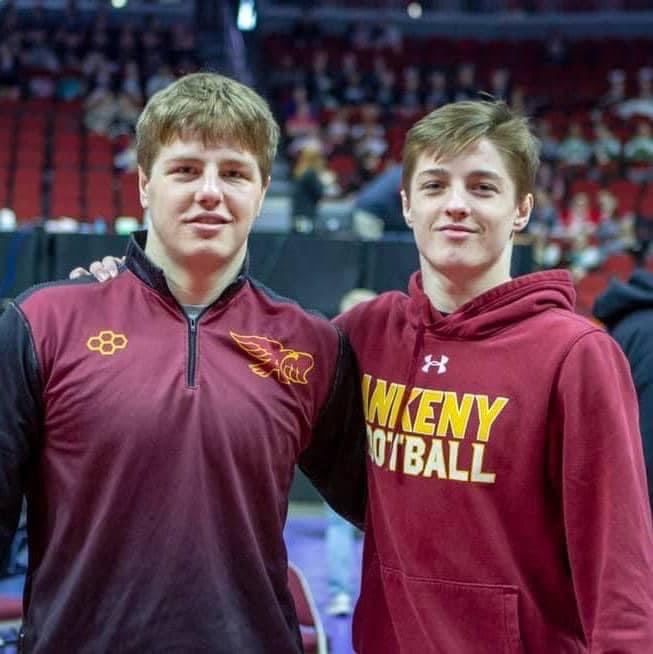 Caleb Rathjen caught my radar when I heard a wrestling mom in the stands at AAU State having a panic attack because her son was in Caleb’s bracket and she was frustrated because she felt it gave her kid no chance of winning the bracket since he was in it. And she was right. I don’t know how many AAU State titles Caleb won, but it had to have been at least 5? Seemed like you NEVER heard of that kid losing a match from the time he began. And each and every year he just adds on to his seemingly infinite wrestling arsenal.

Sometimes when I watch Rathjen, I question how on Earth he ever loses a match. I remember watching one of his matches from the first half of the 2018-2019 season and saw him do something where I was sitting there thinking, “what on Earth is he doing and what is he gonna make of it?” Like 10 seconds and a couple set-ups/counters later, Rathjen put this kid on his back out of nowhere and it became somewhat clear to me that he straight-up baited or knew the match was going to unravel the way it did or just felt it or something. Its hard to explain, for it was over my head a bit. Whatever it was, I realized there and then that this kid operates 2-3 moves ahead of his opponent and I think wrestling is very instinctive for him…either that or he is that good at studying his opponent. He seems to have an elaborate, productive response from any position against any opponent. There is not a more intelligent wrestler in the state than Caleb Rathjen. It’s difficult for me to make sense of for he operates at a level that is much higher than I was ever personally capable of. He reminds me so much of my brother Justin’s HS rival, Moza Fay from Anamosa ‘02. Moza was a 4 time placer, 2 time state champ and AA for UNI.

Caleb concluded his HS career as a 4X state finalist/2X state champion. There were not very many guys who beat him in HS. In fact, I can probably name them off the top of my head…. His Freshman season, Will Zerban from out of state beat him at The Indee Invite and Nick Oldham from Valley beat him in the state finals at 3A 113. The next year when Caleb was a Sophomore, Cael Happel from Lisbon beat him at Indee. Caleb went on to win his first state title that year, avenging his finals loss to Oldham from the year before in the finals that year at 3A 126. Caleb’ Junior year, Happel got him again at Indee… I think both of those two battles they had were 1-2 point matches. He won his 2nd title that year at 3A 138. As a Senior this past season, he had 2 close losses to phenom, Aidan Riggins from Waverly-Shell Rock. One of these took place in the state finals at 3A 152, which broke his heart, I’m sure. To anyone reading this, Iowa fans especially, don’t look too far into those losses to Riggins for those matches didn’t indicate anything negative at all about Rathjen, but rather it showed just how good Riggins has become. You gotta remember, Iowa HS wrestling right now is better than it has EVER been and Caleb Rathjen, despite falling short of his goals this past season, is STILL one of the best pound-for-pound wrestlers our state has recently produced. Nobody worry, Iowa DID get a phenomenal one with Caleb Rathjen. 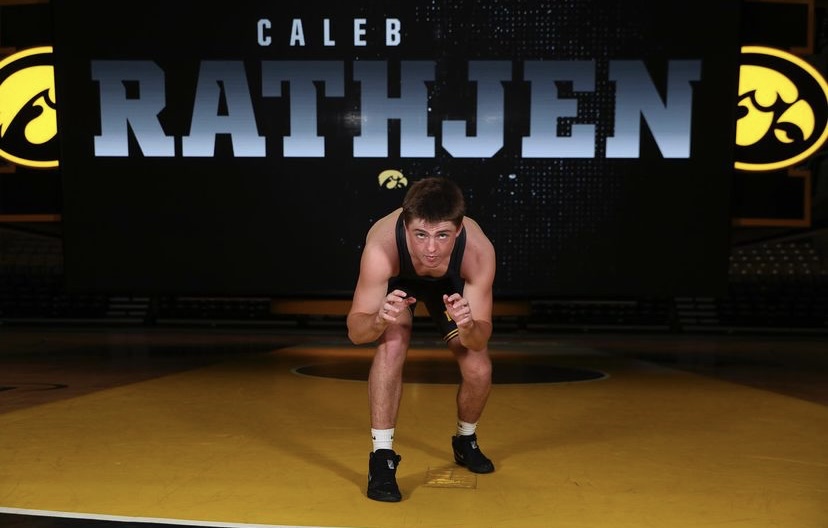 And those were his losses… If I were to include his notable wins, this article would end up taking me about 100 hours to complete. There are tons, trust me.

So Rathjen went 2-1-1-2 at state in HS, but has accomplished equally impressive feats in offseason work. On the national level, Rathjen has been a consistent force. In 2017, he was 3rd at Cadet Folkstyle Nationals at 106 lbs. He followed this with a 7th place finish at Freestyle Nationals. Crazy thing is, those two feats took place BEFORE he entered HS. In 2018, he placed 5th at Folkstyle Cadet Nationals and 2nd in Freestyle. A year later, he tacked on another accolade by placing 3rd at Junior Folkstyle Nationals and placed 4th at the Cadet World Team Trials. Most recently, he won the Iowa Freestyle State Tournament Junior 145 and beat phenom, Hunter Garvin from Iowa City West in doing so. He also placed 2nd at Fargo Junior Freestyle Nationals this past month. He went on a run where he won his first 5-6 by tech, won the next one by 5-6 pts. to make the finals and was winning his finals match by a point or two and lost the match on a questionable call at the end to place 2nd.

Rathjen was also a standout on the football field. A key contributor for a successful HS football team. He was 2nd team all-state on defense for an Ankeny team that won the 2020 Class 4A State Championship. 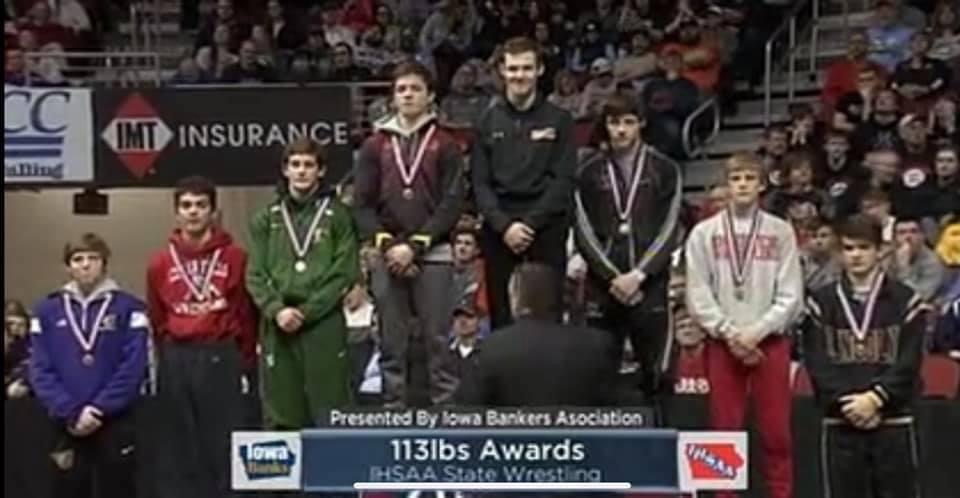 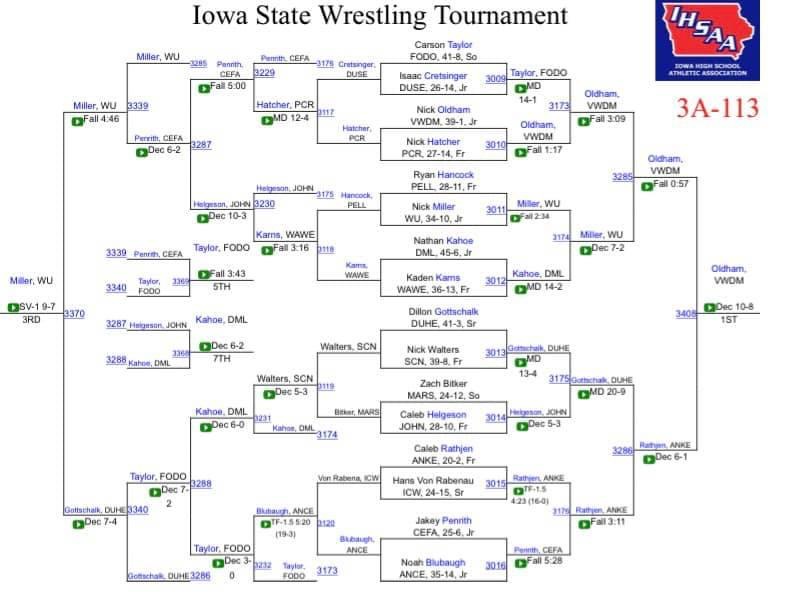 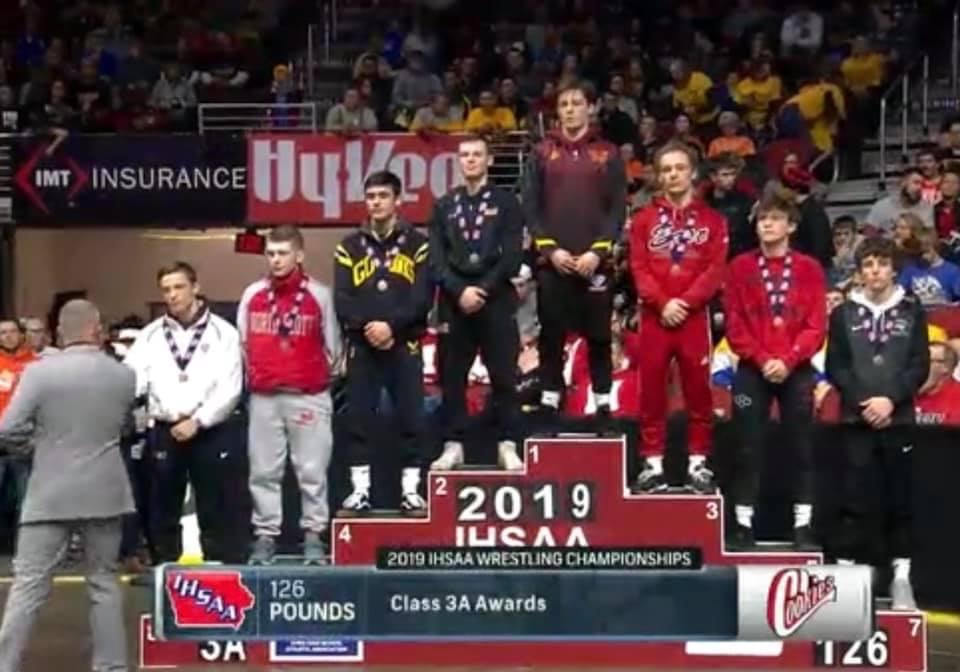 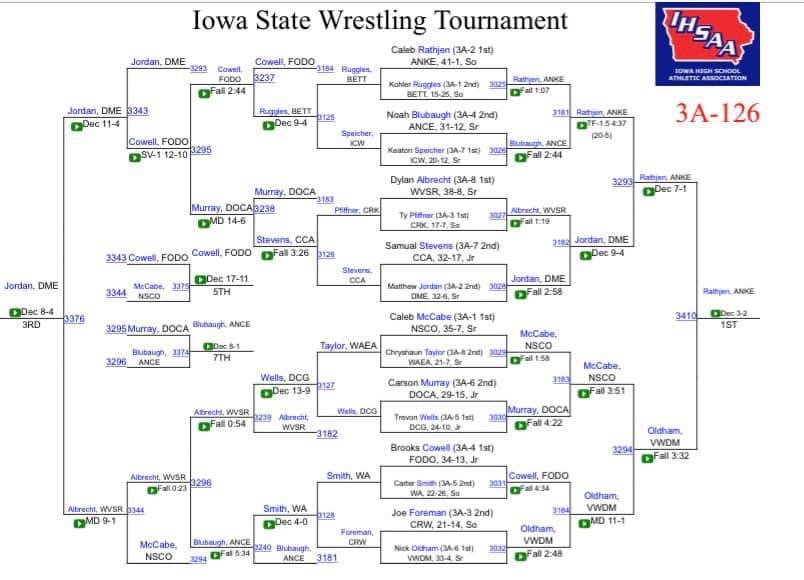 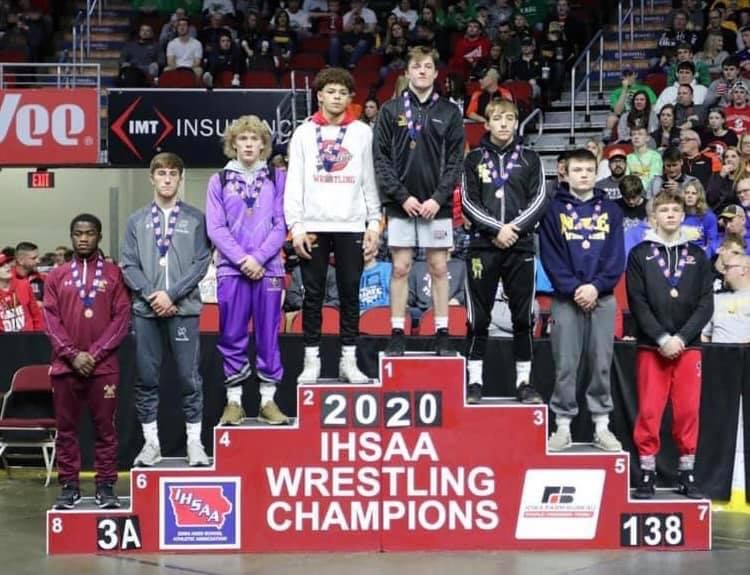 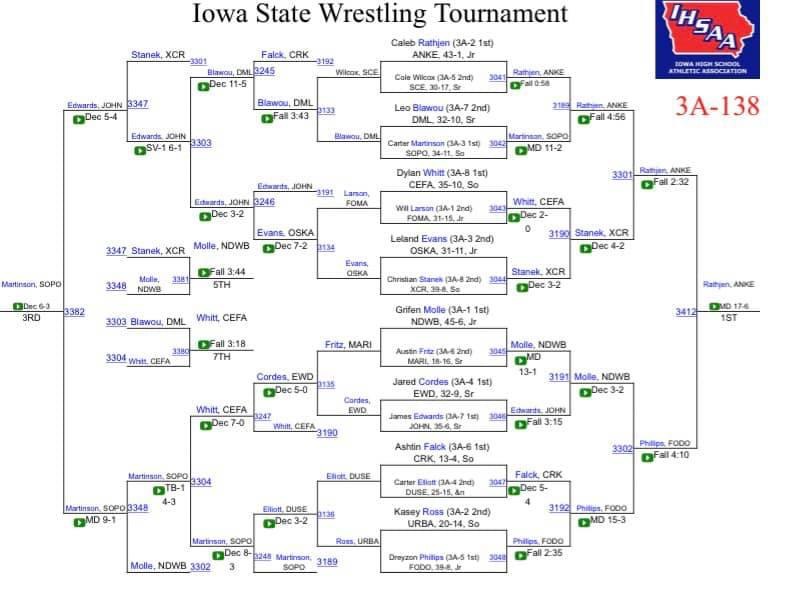 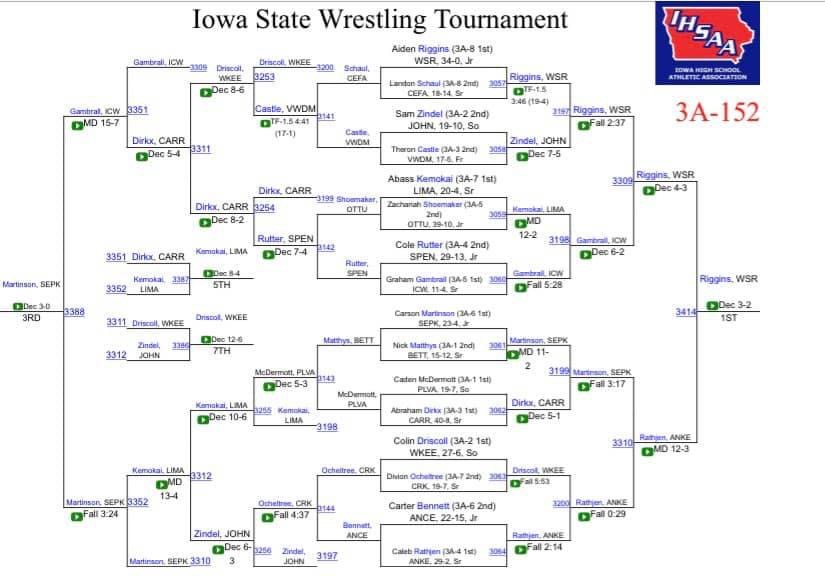