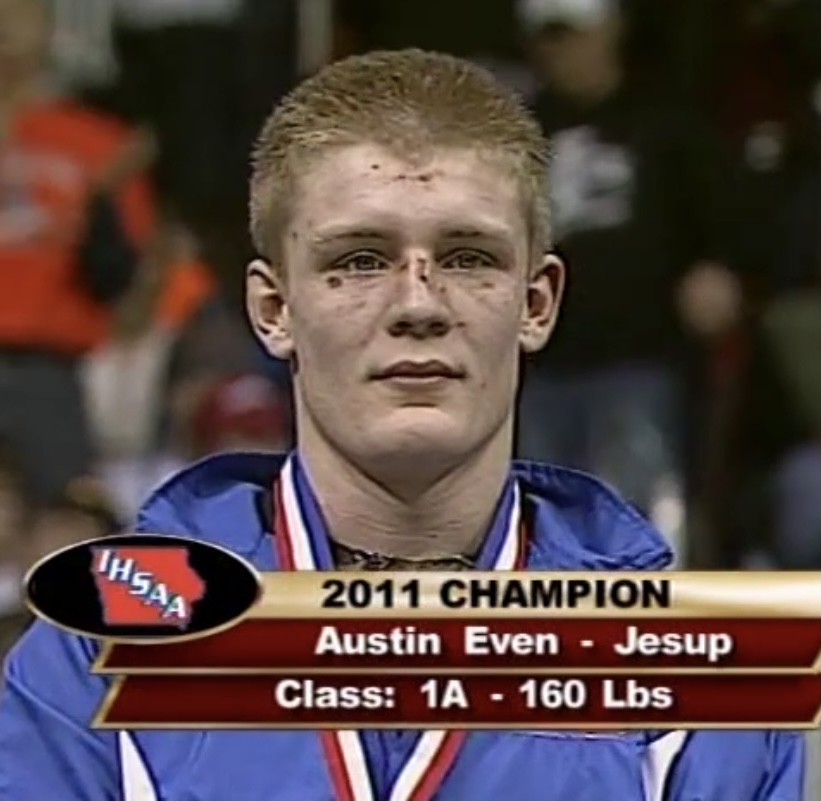 For those of you who have read some of the stuff I have put together since my days at The Predicament, you may already know that one of my favorite wrestlers of all-time is a dude who graduated from Don Bosco in 2019 named Tommy Even. He’s one of my favorites ever because of just how absolutely confident and fearless he was on the mat as well as 100% true to himself both on and off the mat. It didn’t matter what the score was, what the situation, who he was facing, etc. Tommy was gonna come at you with everything he had and when he did, he was going to do so HIS way, whether it was the standard or conventional way of doing things or not. He was going to beat you and he was going to do so by being himself…Some of the rules that apply to a lot of wrestlers, especially in situational wrestling just simply did not apply to Tommy, for he was so relentless, athletic and quick in his execution of every move he hit, that it forced his opponent to wrestle in HIS wrestling world…which is a place where Tommy was straight-up Paul Bunyon amongst a bunch of tree-dwelling dwarves. (And he and his bros were born and raised as lumberjacks to boot!) And it didn’t end there. Off the mat, he was the same way. If he was feeling a certain way or thinking a certain thing, as long as it didn’t cross the lines of disrespect, he wouldn’t hesitate to show the world how he was feeling or what he was thinking. Always himself, no matter where he was at or who he was talking to. On the mat, the gridiron, off the mat and gridiron, he’s one of the most entertaining HS wrestlers/athletes I’ve ever seen. 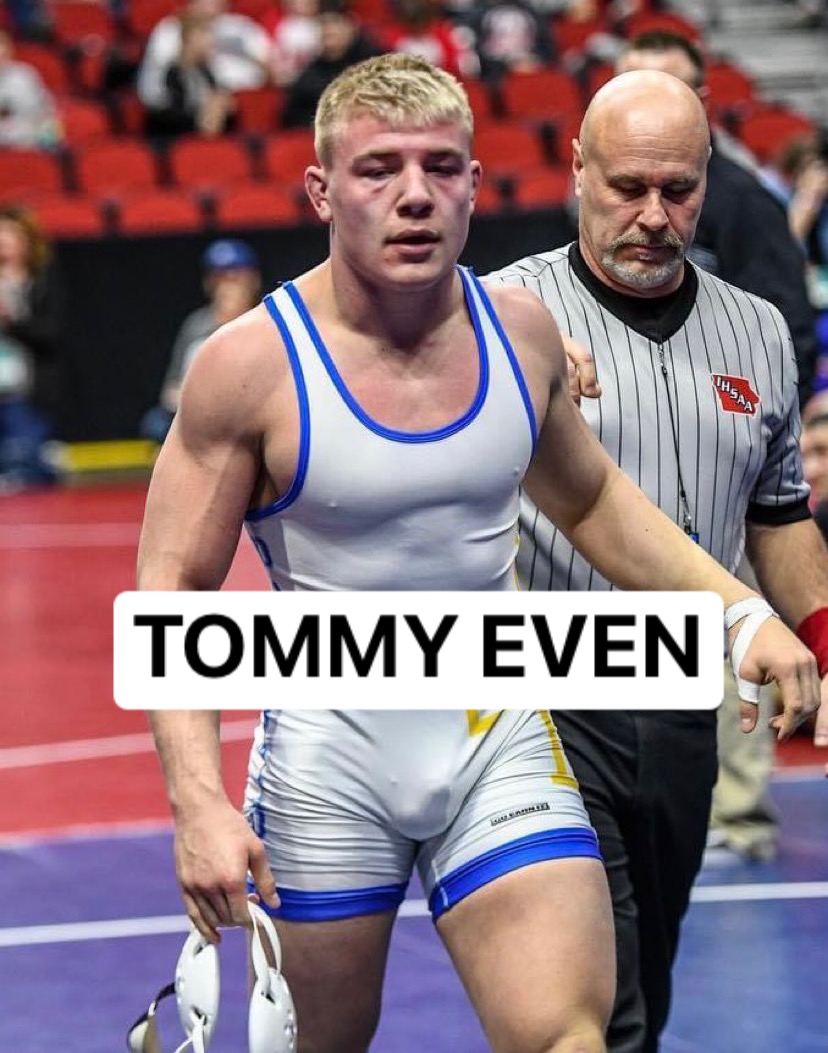 So after watching Tommy’s brother, Austin’s finals match from 2011 (that I can’t remember watching in person for some reason despite being there), it’s obvious that when the Even family chops down an apple tree, the apples don’t fall very far away from each other. The way Austin wrestled was absolutely FEARLESS. Confident in his offense at all times and certainly never afraid to express that. And just like Tommy, he was an upper-middleweight with the sheer power of The Incredible Hulk, but with the speed of The Flash. An obviously incredible athlete… and one of the most strong-willed wrestlers you’ll hear of considering what he accomplished in the thick of extreme physical adversity.

So as a Sophomore in 2010, Austin qualified for state at 1A 160. He made it all the way to the semifinals and was stopped by eventual state champion and 3X finalist, Levi Peters of Twin River Valley Bode. He fought back hard and placed 3rd. That bracket was DEEP.

As a Junior, Austin pinned his way to the finals, which is amazing in itself, but to add on to that is the fact that in the Semifinals, he pinned the returning 1A 152 lb. state runner-up, Tyler Ogburn from Corning and in doing so, severely tore the labrum in his shoulder. He apparently was able to ignore the pain immediately, for he ended up pinning him shortly after…in the first period still. The mission was far from complete though, for he still had an incredibly tough opponent to wrestle in the finals named Brett Roberts from Eddyville-Blakesburg. To make this task even more daunting, he would basically only have use of just one of his arms for this match. 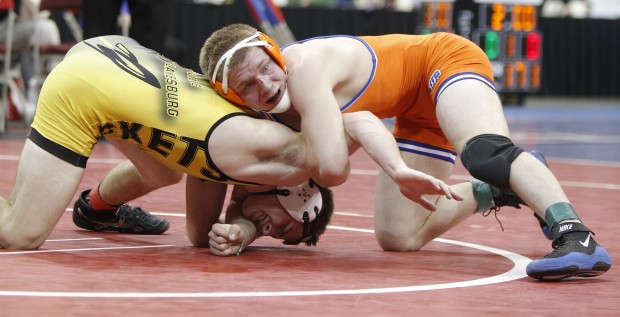 After severely tearing the labrum in your shoulder the way Austin did, the possibility of forfeiting any recent future matches would be within question for a lot of competitors, even if it is the state finals. For not only would you be totally distracted having to work through the pain, but you may injure it worse if you are not careful. However, the thought of forfeiting was something that Austin Even couldn’t even wrap his head around. Here is Jesup Coach, Brent Meyers’s take on the conversation that took place between he and Austin immediately following his semifinals win:

COACH BRENT MEYERS: Austin’s performance at state as a Junior was all guts. He totally dislocated his shoulder in semis. He came off the mat and said, “Meyers my shoulder is out! It’s all the way out!” I said, “what do you want to do?” He looked at me and asked, “what do you mean?” I asked, “do you want to forfeit?” Austin responded, “hell no I’m going to win a state title!” The Even’s are tough as nails! The kid was a very fierce competitor and always wanted to get better and wanted us coaches to push him. Hands down one of the most competitive kids I ever was around college or high school!

Take into consideration that Brent Meyers is a man who has worked with some of the toughest wrestlers you’ll ever meet from a competitor’s AND coach’s viewpoint…. So a statement like that from a guy like Brent Meyers is saying A LOT.

Given the severity of Austin’s injury, most logical wrestling fans would likely expect a performance from Austin in which he was extremely limited and played the entire match safely…. As in “wrestling to not lose” opposed to “wrestling to win,” because let’s face it, most of us would be close to defeat before the finals match even began if we had a severe shoulder injury like the one Austin had… So is that how it unfolded for Austin? Maybe that’s how it went down for “Austin Odd” in “Opposite-land.” Austin Even, despite being severely injured, was very aggressive in his finals match. He shot countless powerful singles and doubles and it took everything in Roberts’s power to not be straight-up blown through by them. Even at the end of the match, when Austin was up by 1 point with 30 or so seconds left… Austin kept shooting nice, powerful shots that kept Roberts on his heels a bit. And it’s not like Roberts was being overly defensive…Roberts wrestled a good match, really. It’s hard to get your own stuff going when you have someone relentlessly attacking you, not giving you a second to execute your own offense. Even in a short-time situation with a permanently damaged shoulder, Austin Even refused to wrestle like anyone other than his normal, aggressive, fearless self…one of many examples of what makes the Even family one of my all-time favorite wrestling families to come out of the state of Iowa. Austin ended up winning the match 4-3. If Austin’s performance in the state finals doesn’t epitomize toughness, I don’t know what does. 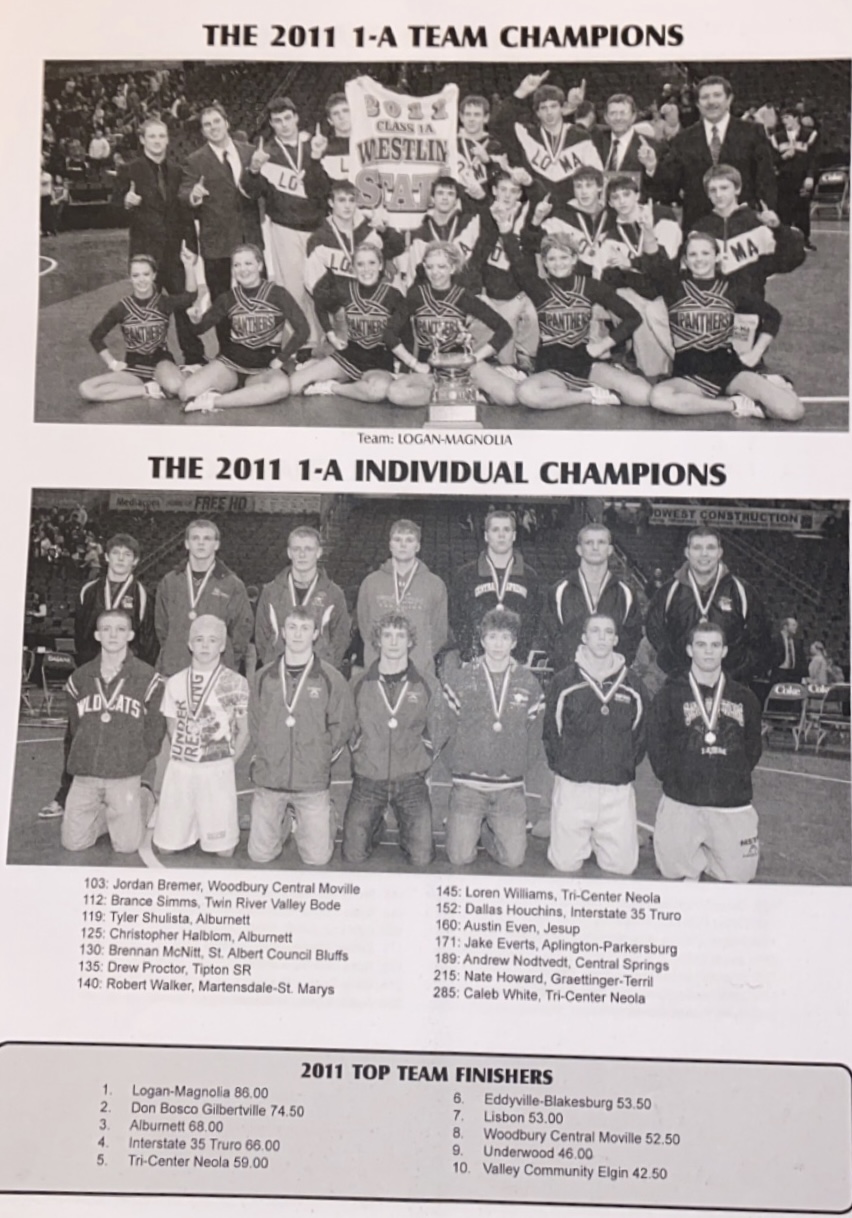 Austin’s injury ended up becoming so severe that he got surgery on his shoulder after the season concluded and he never physically recovered from it. He couldn’t even wrestle his Senior season due to it. Think about that… the injury Austin Even endured in the Semifinals at state as a Junior was so severe that it ended his career after his state finals match was completed. How he managed to conjure the strength to work past that adversity to win the state championship is a form of toughness that few of us will ever know. 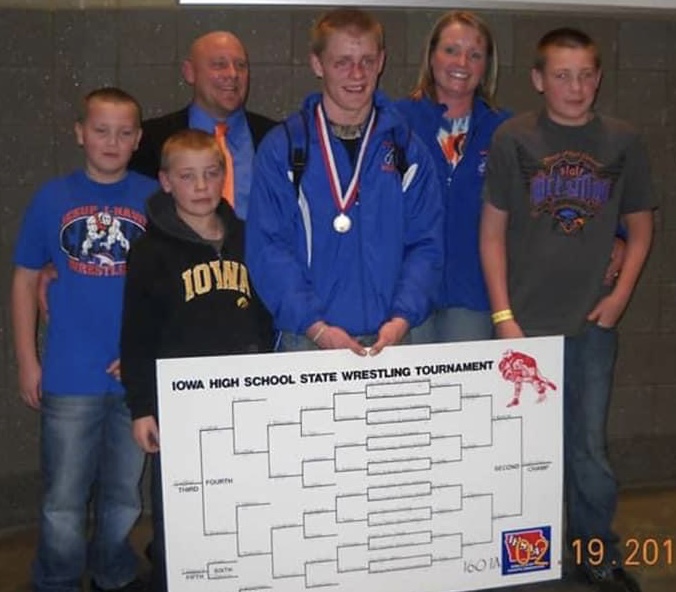 As mentioned, Austin’s brother, Tommy won state in 2019, making him a 3X placer/2X finalist/1X State Champ. Their brother Ryan was a 2X state qualifier and their brother Ronald also wrestled. His parents are Ron and Samanda and they have owned a tree/logging business in which the Even brothers worked for growing up. You hear all these generalizations about wrestlers with certain backgrounds such as farming or construction or whatever that instills toughness within them… However, nothing seems to instill more toughness than a background in working as a lumberjack… And if I’m going on a limb by making that statement, I’d fully expect that limb to be cut down by one of them. 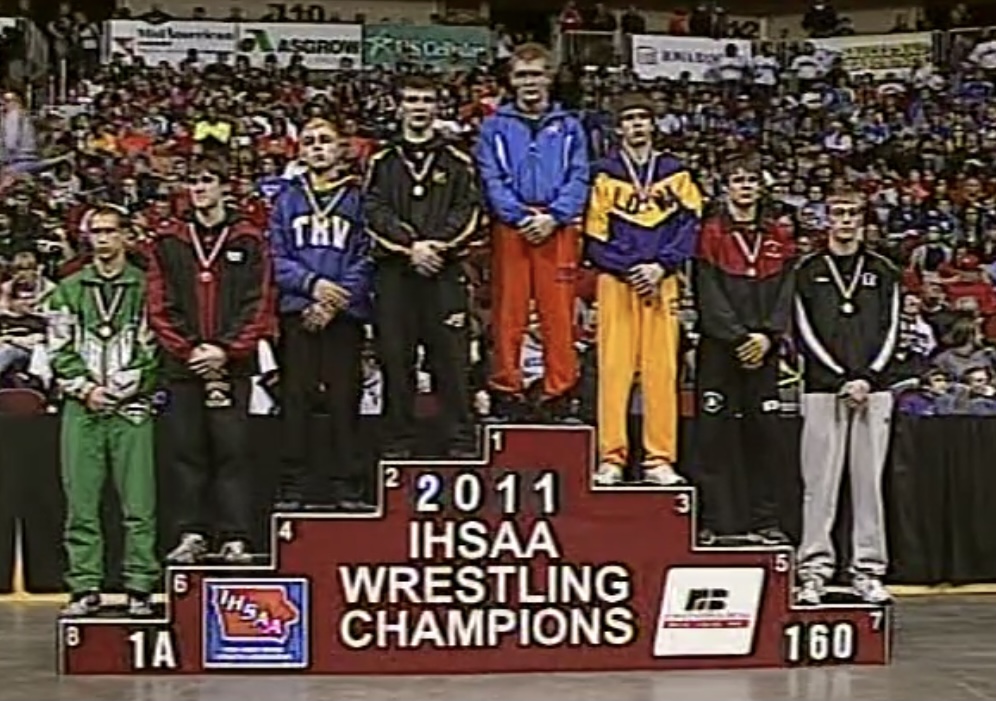