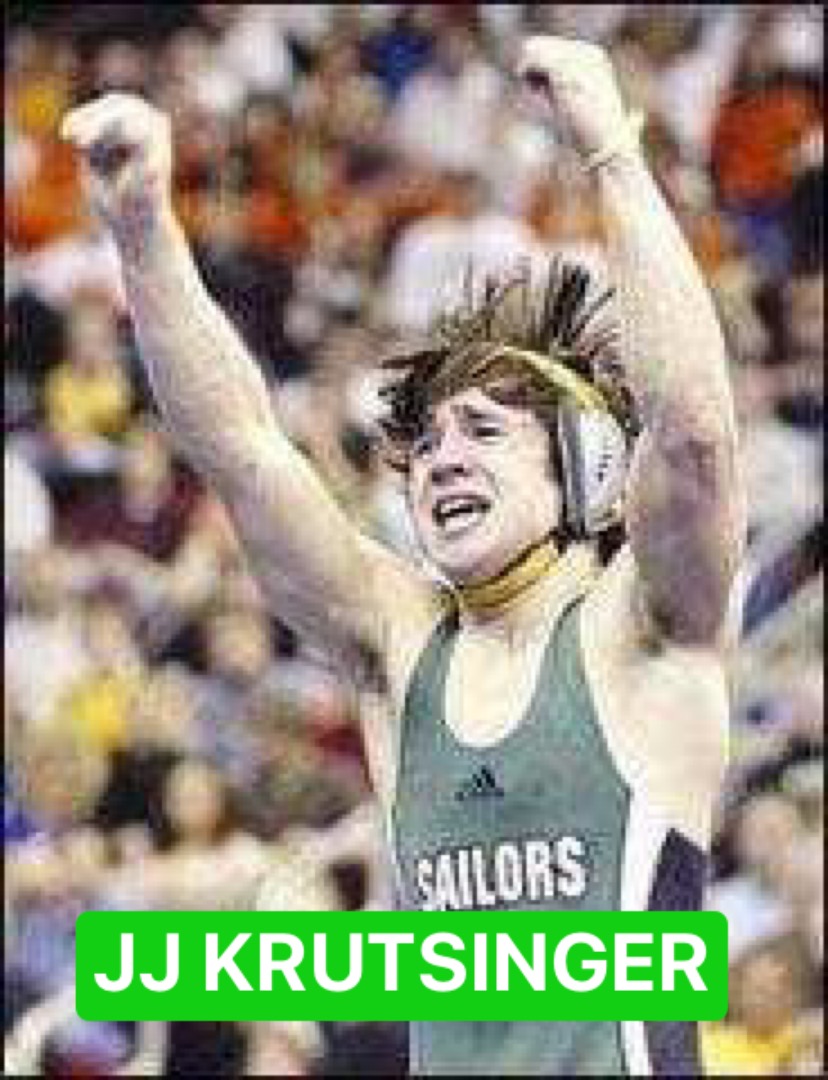 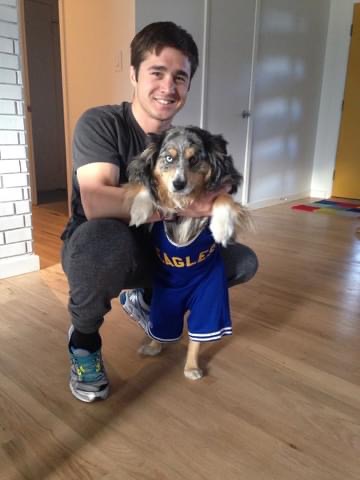 * Note: This is derived from the answers he provided for an Inside The Rivalry article from a couple years ago.

JJ Krutsinger is one of the most decorated wrestlers to ever go through the Waterloo area, which is pretty cool, for he wasn’t one of these guys who started out real strong in the youth wrestling scene… In fact, he started out struggling a bit at first. However, whatever hiccups he may have had after starting wrestling, he was eventually able to work his way through prior to entering HS. He started out his high school career at 119 lbs, a weight that can be rather tough for a freshman. And he did great from the get-go placing 3rd that year and never placing below 2nd the next years.

JJ is widely remembered by many for his postseason rivalry with MFL-Marmac’s Kyle Pedretti, in which they had a 3-week collision course that unraveled during the postseason of their Senior seasons. This article is derived from the responses he gave for an Inside The Rivalry article I wrote a couple years ago about their rivalry, so you’ll see some of his thoughts on that. 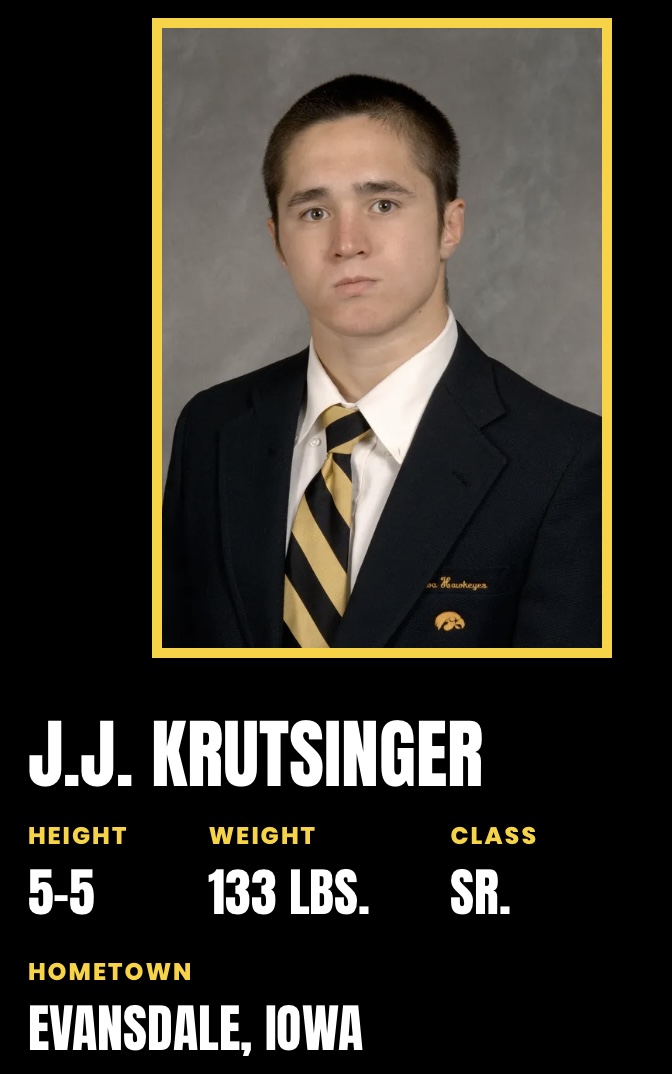 After high school, Krutsinger wrestled at the University of Iowa. He was never a starter, but did win some nice tournaments while wrestling for the Hawkeyes including the Grand View, Wisconsin, Duhawk and William Penn Opens. He was also a Big 10 All-Academic selection every year he was in college.

JJ was inducted into the Battle of Waterloo Hall Of Fame in 2013.

Since his competitive career, he has spent some time helping coach at Rocky Mountain High School (as of 2 years ago). 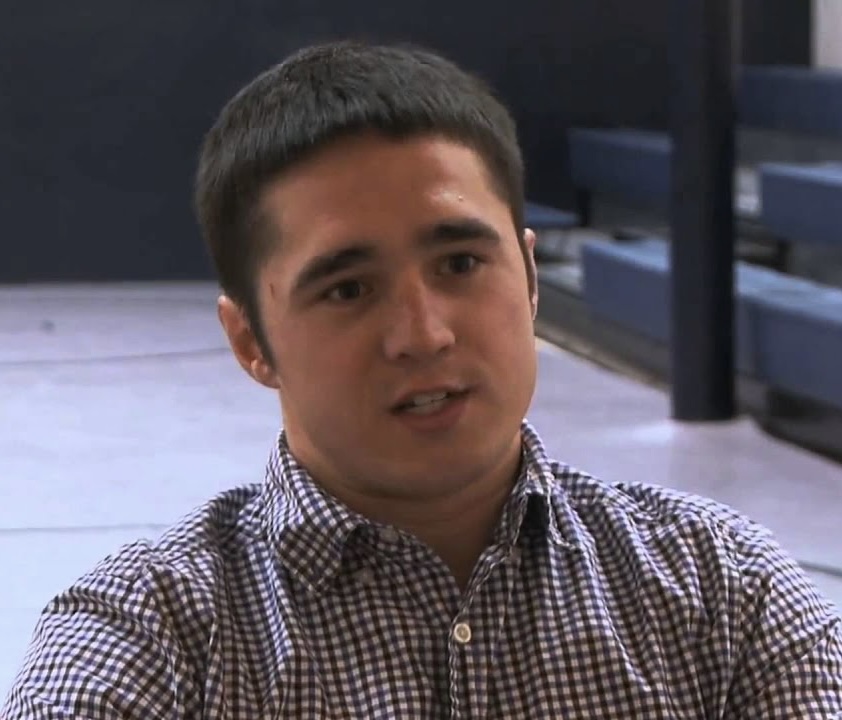 PINDOX: When did you start wrestling? Was it easy for you from the start?

JJ Krutsinger:  I began as a 4th grader and it was anything, but easy from the start. I had to work hard for it. I remember going 2-7 in my first year as a 4th grader. I got pinned a lot. However, I gradually made progress each year and fell in love with the sport as a result.

PINDOX: Did any of your family members wrestle before you?

JJ Krutsinger: I did not come from a wrestling family. My parents did not really know much about wrestling when I went out. I remember when I went to AAU State in middle school, noticing a lot of fathers coaching their kids in the corner who seemed to know what they were talking about. I had my dad, who didn’t know what he was doing, but he stayed in the corner for support and held on to my uniform while I wrestled.

PINDOX: How did you do in HS? Record? State placings? What was the highlight of your career if you had to choose one?

PINDOX: Which coaches had the most impact on your career?

JJ Krutsinger: I was impacted by every one of my coaches in one way or another. To name a few: Bernie Stroh and the coaching staff at St. John’s Middle School helped me to fall in love with the sport. My middle school coaches took me to his first Iowa wrestling meet. Chris Ortner and his staff in high school is another group of individuals that stick out as being influential. They had a way of making wrestling fun while simultaneously working hard. They also knew how to settle down a nervous Freshman.

PINDOX: Who were some wrestlers thst influenced you or that you looked up to?

JJ Krutsinger: I was heavily influenced by ex-Waterloo Columbus wrestler, Kyle Forness, a four time place-winner. Growing up, Forness was the older brother of one of my best childhood friends. He was a role model that I looked up to in the way he displayed leadership and work ethic. I am glad that Kyle continues to coach for Clear Creek Amana HS, where he continues to grow the sport. 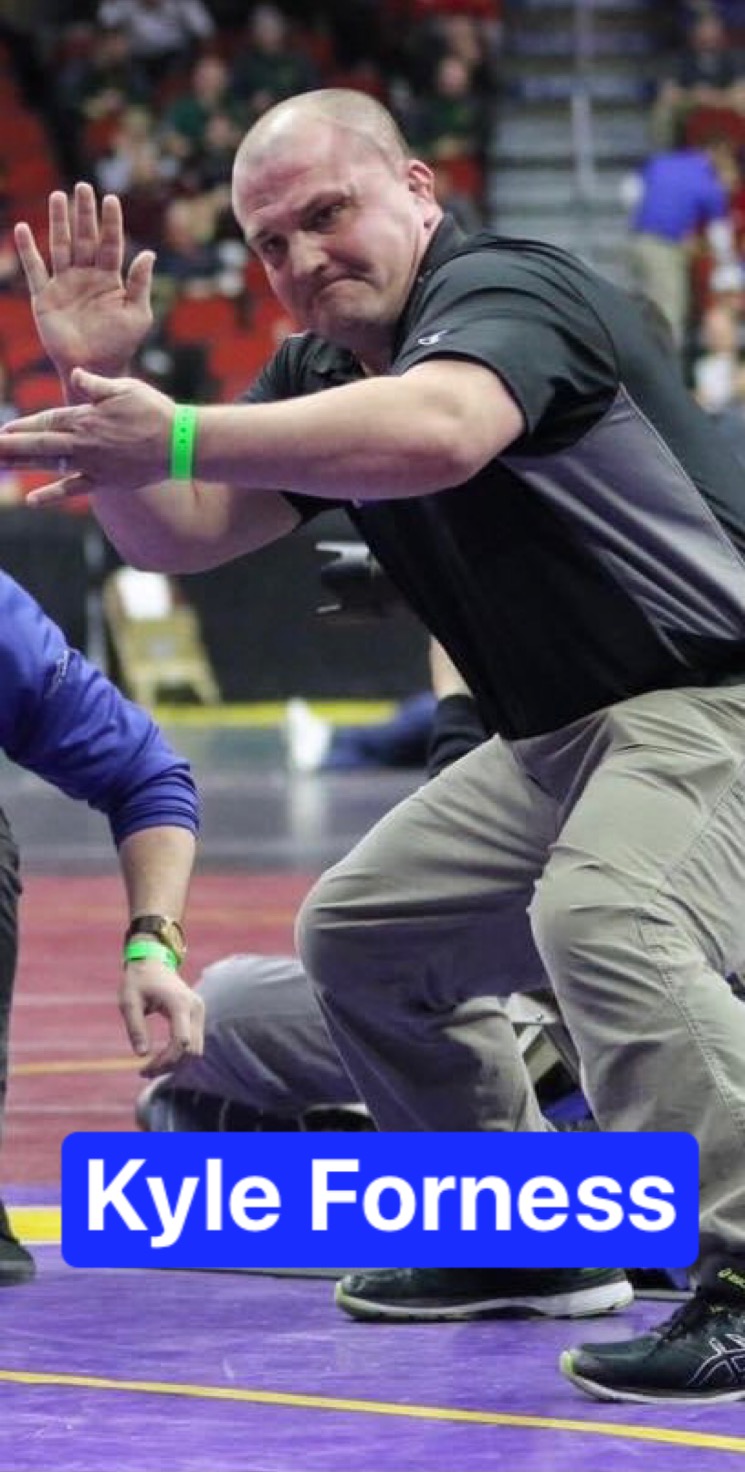 PINDOX: Were you a part of some competitive teams in HS and college?

JJ Krutsinger: I was a part of some great Waterloo Columbus teams in HS. My freshman season, Waterloo Columbus won state and in the process, we beat a future good friend of mine, Aaron Janssen’s team, which was Emmetsburg. At the time, they were on quite the winning streak. To this day, I like to give Janssen “stuff” about it. I was also a part of some very competitive Iowa Hawkeyes squads that won 3 NCAA Championships when I was there. 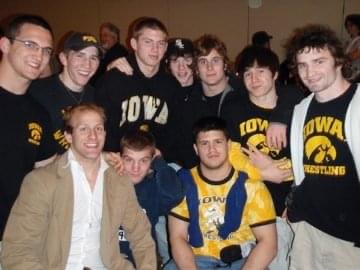 JJ Krutsinger: My style consisted of this: Fireman’s and arm bars. Keeps pushing. I had a good gas tank.

PINDOX: Were you a hard worker when you were training?

JJ Krutsinger: I was a pretty hard worker. I would stay after practice to jump rope, run sprints, or do a quick lift. 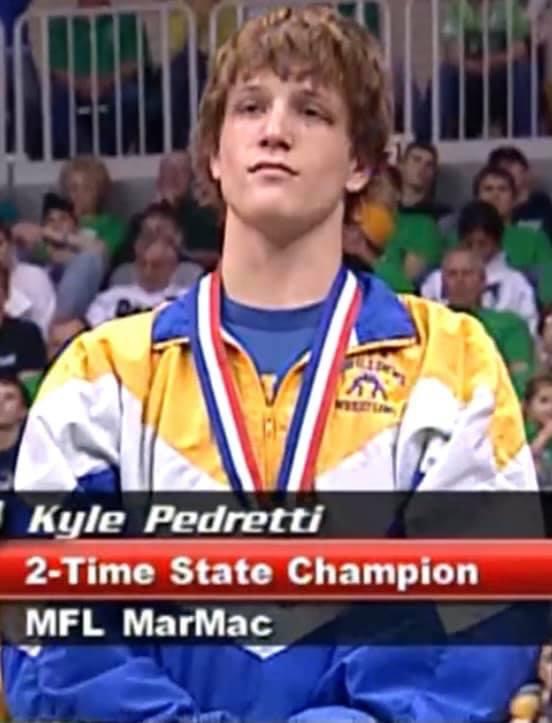 PINDOX: What are some of your thoughts regarding your HS rivalry with Kyle Pedretti of MFL-Marmac? Did you know him coming in? What were the results? Match scores?  How would you compare and contrast you and Kyle’s styles? Did you have a gameplan against him? Which ones stick out to you as being the best matches?

JJ Krutsinger: I did not know Pedretti off the mat. First thought that comes to mind is that Kyle must have been looking for a challenge.  He was the returning 2A State champ at 119 and came up to 125 knowing that I was there.  I respect him for that.  Unfortunately, the second thought that comes to mind is his that he won the important matches. We were 2-2 our senior year with him beating me at my high school and again in the state finals.  I do not recall a lot of the scores, but I know that every one of them were close.

The first time I wrestled Kyle on my home turf at Columbus High School I was at 99 career wins and I did not get to celebrate my 100th that night in front of my home crowd because Pedretti beat me. Then we wrestled 3 Saturdays in a row, each in the finals of sectionals, districts, and state.  We were definitely familiar with each other by the end of the season.  I knew he was a returning state champ and that I respected his wrestling ability.

Whenever we wrestled, I would say I felt a mixture of confidence, nerves, and excitement each time. My gameplan against Pedretti was to stay where I was good at and wrestle my match.  He was good on his feet so I wanted to make sure I was the one attacking.

If I’m being honest, the best match we had from an outsider’s perspective was the state finals.  Two returning state champs looking for their second title.  I believe it went into multiple overtimes with Kyle getting his hand raised and the 2A most valuable wrestler of the tournament. After the finals loss I wanted to have a rematch, but knew it was over and had to be at peace with it.  The most upset I ever felt after any loss was after losing to Kyle in the finals.  I learned a lot about myself from the entire experience.

PINDOX: Did you wrestle after HS?

JJ Krutsinger I wrestled for The University of Iowa. I never made the lineup or was in the limelight, but had some good moments where I won some nice matches and tournaments. My time at Iowa was a period of my life where I learned a lot about myself.

PINDOX: Do you follow other sports besides wrestling? Who are some of your favorite athletes for each sport? Favorite teams? Did you play any other sports? How did you do at them?

JJ Krutsinger Yes I do follow other sports.  I don’t really have any favorite teams, moreso favorite athletes. In wrestling my favorite is Jordan Burroughs, in basketball, I like Lebron James, in football I like Russell Wilson and in baseball, I am a fan of Mookie Betts.  I played football for two years, cross country for two years, baseball for four years, ran track for four years and went out for tennis one year, which did not make the track coach very happy.

PINDOX: What are some of your hobbies besides wrestling?

JJ Krutsinger:  Some of my hobbies include hiking and camping with my wife and dog, mountain biking and trail running. 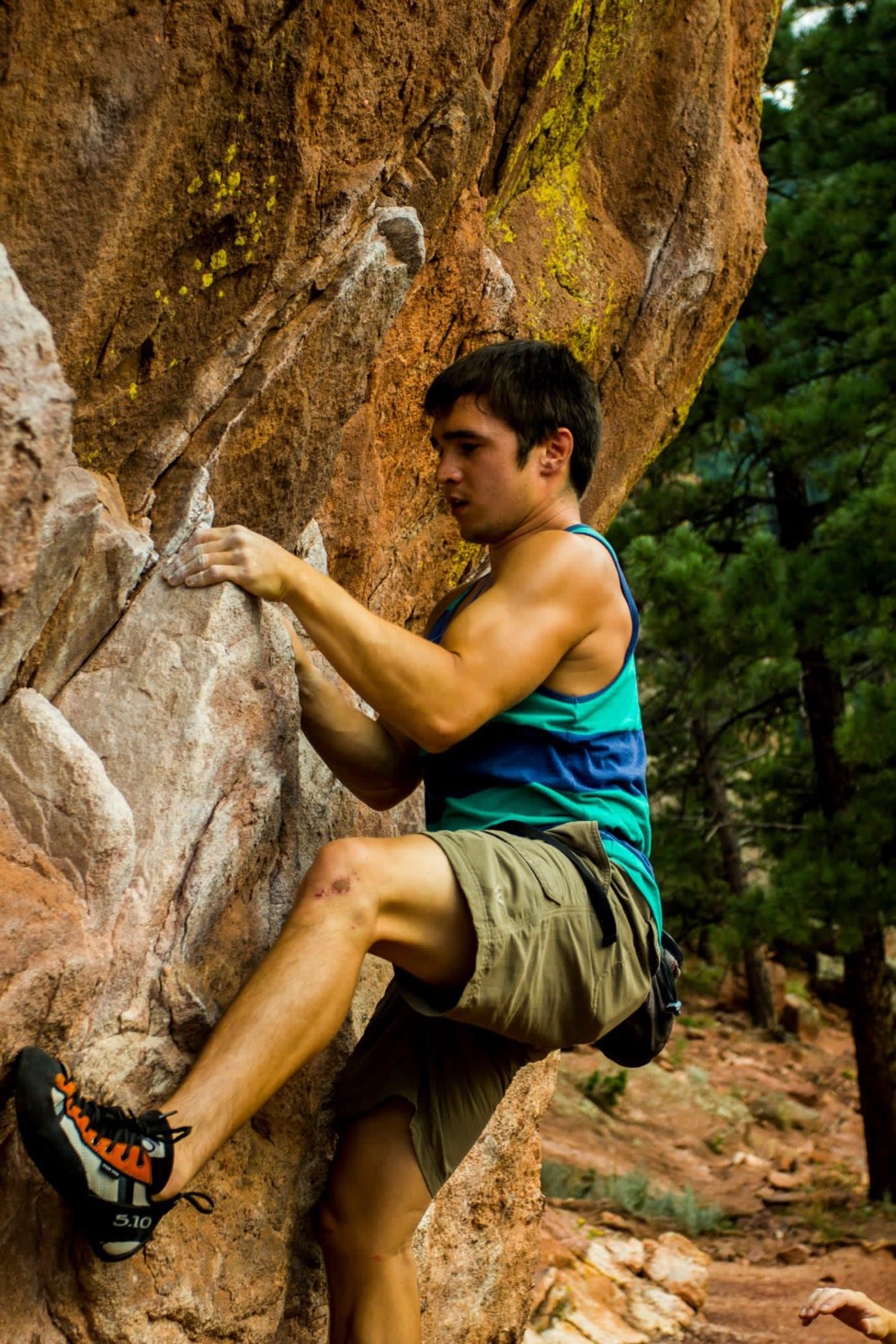 PINDOX: How has wrestling shaped you as a person today?

JJ Krutsinger: It has taught me about my character and it has improved by ability to respond in challenging situations. In wrestling I have learned to be uncomfortable.  In life I am still trying to push outside my comfort zone, attempting to be comfortable being uncomfortable. Knowing that when one door shuts another opens.

PINDOX: Is there any advice you would like to give to upcoming wrestlers?

JJ Krutsinger: Knowing that sometimes working smarter, not harder, can get you there.  I think I focused too much on conditioning and fitness, instead of slowing down and focusing more on being technically sound.

PINDOX: Will we ever watch you wrestle at an Old Timers tournament?

JJ Krutsinger: I have my coaching hat on now.  Probably not, but never say never.