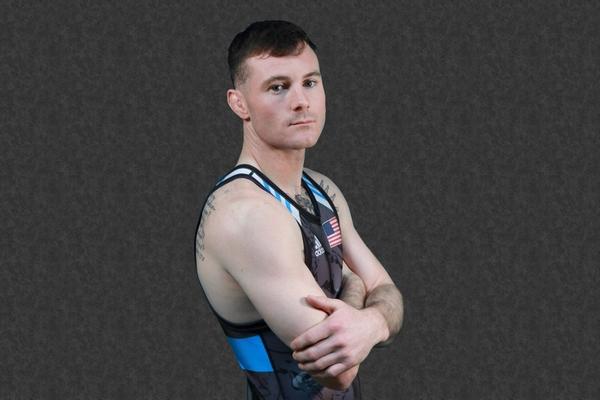 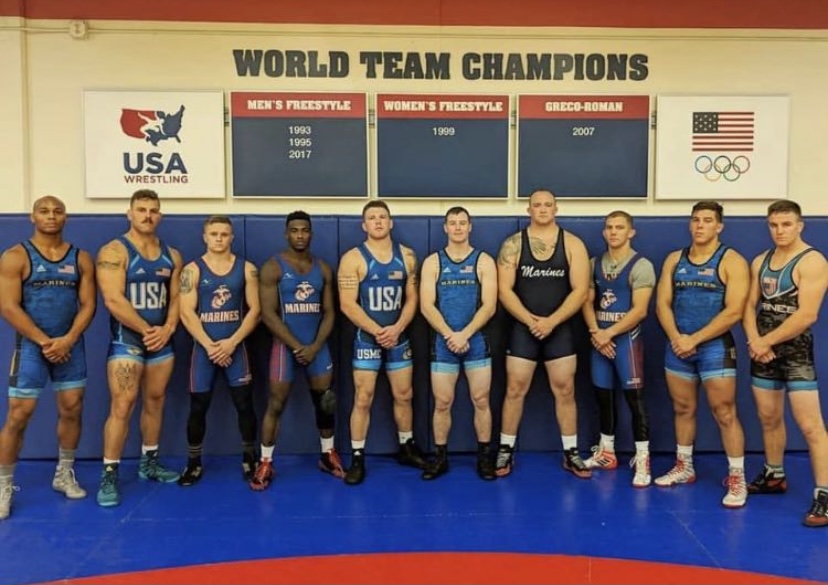 This is one of the best post-HS wrestling redemption stories you’ll ever hear.

My hometown, Mediapolis has been jam-packed with post-HS redemption stories in the last 4-5 years or so. You know, stories where a wrestler may have ended their HS wrestling careers on what they considered to be a sour note and somehow found a way to defy logic and not only make up for their shortcomings, but surpass them by a mile. The biggest story was what Drew Foster did in 2017. Drew Foster placed 3rd, 7th and lost a close state finals match to future UNI teammate, Jacob Holschlag from Union when he was a Senior. He went on to wrestle at the D1 level for UNI and became a National Champion as a Senior (and AA as a Sophomore). The next year, my baby brother, Brennan Swafford began his post-HS redemption tour. He placed 6-5-2-2 in HS and both finals matches were just painfully close and both against future D1 guys in their own right. In 2020, he won his first NAIA National title and then won his 2nd the next year… This is nothing compared to what Drew did, considering he did it at the D1 level, but Brennan certainly made it clear that he wasn’t done yet, and is now wrestling for the Hawkeyes to try his luck at the D1 level. Drew and Brennan… a couple of cool little redemption stories and kind of ironic that they are both from the same town of less than 2000 people…Mediapolis.

What if I told you that Mepo has yet another post-HS redemption story of the past 5 years? One that may not be as well-known, but is every bit as incredible considering the situation? What Taylor Zippe has accomplished these past few years or so in the Greco scene is absolutely amazing when considering how poorly things ended for him in HS.

So Taylor Zippe began wrestling as a 5th or 6th grader… for the first couple years that he wrestled, he was just a casual wrestler. Meaning he attended practice consistently and went to tournaments here and there, but wasn’t pushed hard like some kids are from the age of 6 and didn’t do some of the bigger tournaments like AAU State… Taylor started taking wrestling extremely seriously around his 8th grade year… and by that time, a lot of guys around his age and younger had already been training vigorously for several years. As we all know, experience in wrestling is a very difficult thing to make up for or to catch up with when someone has a head start on you.

Taylor began HS wrestling as a Freshman in 2009. Now, Mediapolis has generally been a very consistently solid program over the decades, but they did have one era that stands out as being more “down” than others as well as another era where they were more “stacked” than ever. And these two eras were right next to each other. The era where we were down went from around 2006 until around 2011 when some of the kids who were winning youth state team titles every year were starting to become Freshmen. Guys like Adam Drain, Drew Foster, Drew Buster, etc. Taylor Zippe was a 2012 graduate, so he had the unique experience of starting his HS career off when the program was down a bit and finishing when it was starting to become one of the best teams in the state. With that said, Zippe qualified for state as a Sophomore in 2010, which was one year before the first wave of guys from Mepo’s inevitable future powerhouse hit HS. In 2011, Mepo got stuck in a tough district and Taylor as well as some other guys did not qualify.

It was in 2012, Taylor’s Senior season, when the situation became just… agonizingly frustrating for Taylor.  In 2011, the first wave of elite Mepo guys made their way to HS, and the waves would not stop for several years. We were completely stacked for at least 6-7 years there. And in 2012, guys like Cole Erickson, Cody McNeil, Brad Conley, Steven Holloway, etc. started making their way into the lineup. This resulted in a ton of log-jammage in the lineup, which meant that there would be 1-2 really good guys who would not have a varsity spot. Taylor, a Senior and returning state qualifier, had earned his stripes with that team, but his varsity spot was in jeopardy, for these younger guys who were flooding the lineup all had at least 5-6 years more experience than him. With that said, and without listing names, Taylor lost his varsity spot his Senior year and to pour salt on the wound, it was to a Freshman… a really, realllllly good Freshman as they all were. Taylor was understandably upset about this and was basically checked out for the remainder of his HS wrestling career, which was a very sad thing to see, considering how hard he worked and how well he did in his HS career leading to that point. I know my family just felt terrible for the kid… and it couldn’t have happened to a nicer person either.

So Taylor ended his HS wrestling career on basically the most sour note you could imagine and he didn’t think he would ever wrestle again… Taylor joined the Marines and at age 23, he decided to try his luck at wrestling again… The success he had with it was incredible and nobody deserved it more than he did… here is Taylor Zippe’s take on how he got back into wrestling and how he did when he got back into it:

TAYLOR ZIPPE: I decided to give it the ol’ college try. I was 23 years old and had not competed since high school, so I participated in an open wrestling tournament at the local level for the Marine Corps in California. There were no place winners, but I beat everyone there (folkstyle) and after that I had a Gunnery Sergeant who was heavily into jiu jitsu tell me about the All-Marine wrestling team. After I found out I could get paid to wrestle full time and workout, well that was a no brainer for me. Fast forward a few months and I tried out for the team and after a 6 month probationary time, I made the All-Marine team and I had my orders changed to the East Coast, Camp Lejeune/Stone Bay, North Carolina. There I wrestled full time for four years with the Marines competing on the senior level in the Greco Roman circuit. I took bronze at the USA nationals in 2017 and qualified for the World Team trials the the next three years. I wrestled at 67 kg, which is always a deep weight class just because that is a weight that a lot of “average” sized adults cut down to or sometimes wrestle up to. To be able to stay permanent personnel on the Marine team, you have to hold a top 10 ranking at your weight class and I held the #10 ranking in the nation  at 67kg.

So Taylor Zippe’s wrestling career went from having the most brutal ending imaginable to trying it out again and becoming one of the best Greco Roman wrestlers in the nation. If that’s not an inspirational story of wrestling redemption, I don’t know what is.