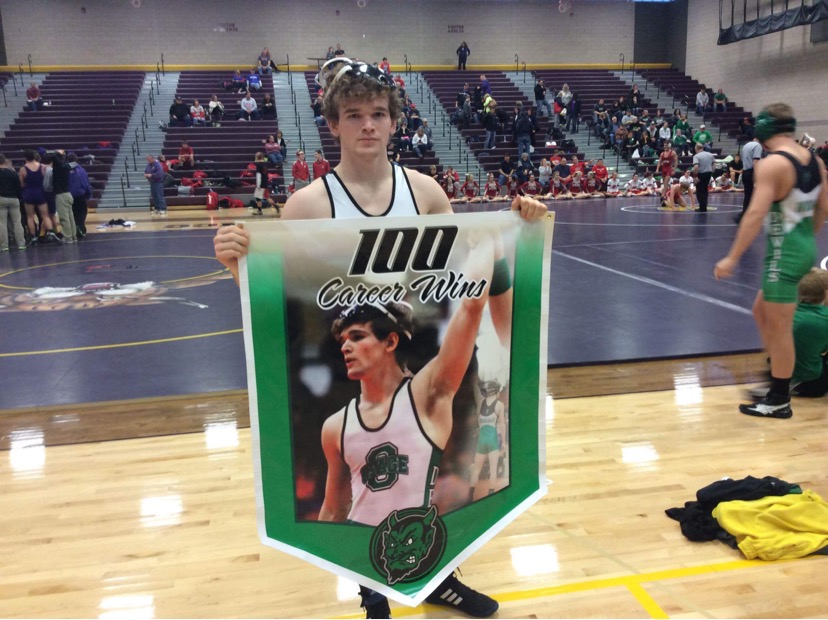 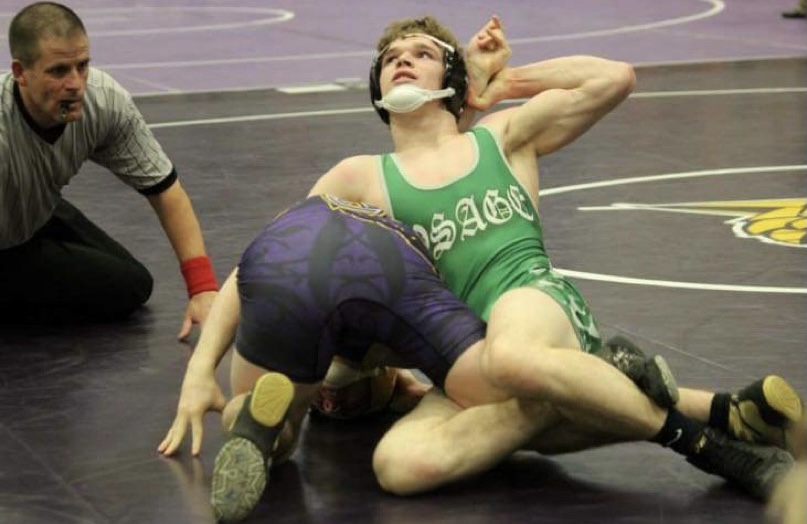 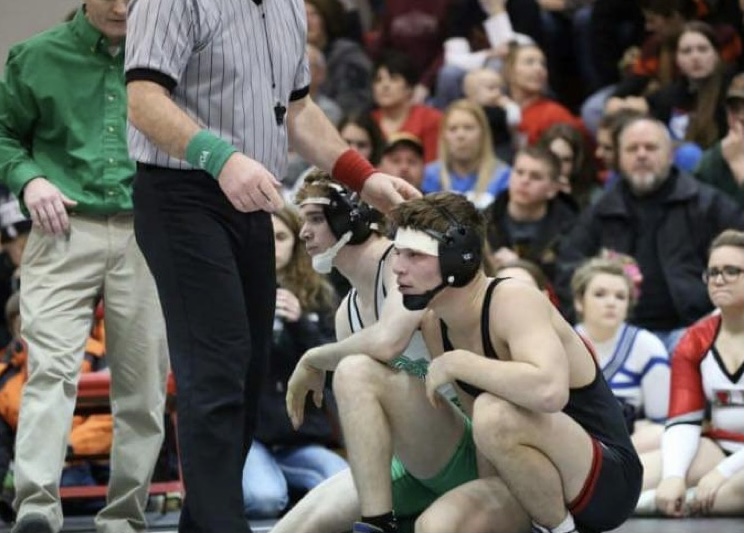 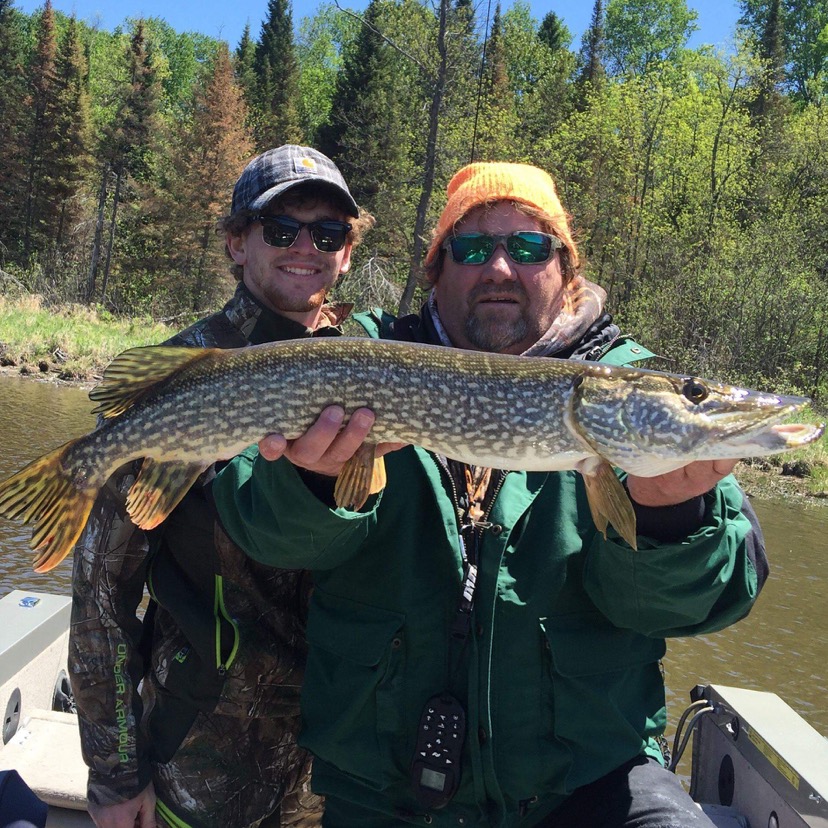 One of my favorite wrestlers in my grade (2001) was a 3X state champion from the opposite side of the state as me named Trent Goodale from Osage HS. He was exciting to watch on the mat and he would make you laugh off it. So with that said, when his little brothers, Thatcher and Theron were going through the works, I always rooted and hoped the best for them because they were Trent’s brothers. Heck, they had a lot to live up to being Trent’s younger brothers and experienced their share off pressure to succeed just because of that fact alone, I am guessing.

Thatcher went all in on this and had a lot of interesting insight/stories as well as valuable input that can be beneficial to anyone.

Basically my whole family wrestled.  All my uncles wrestled, most of my cousins, my brothers, and even my sister! 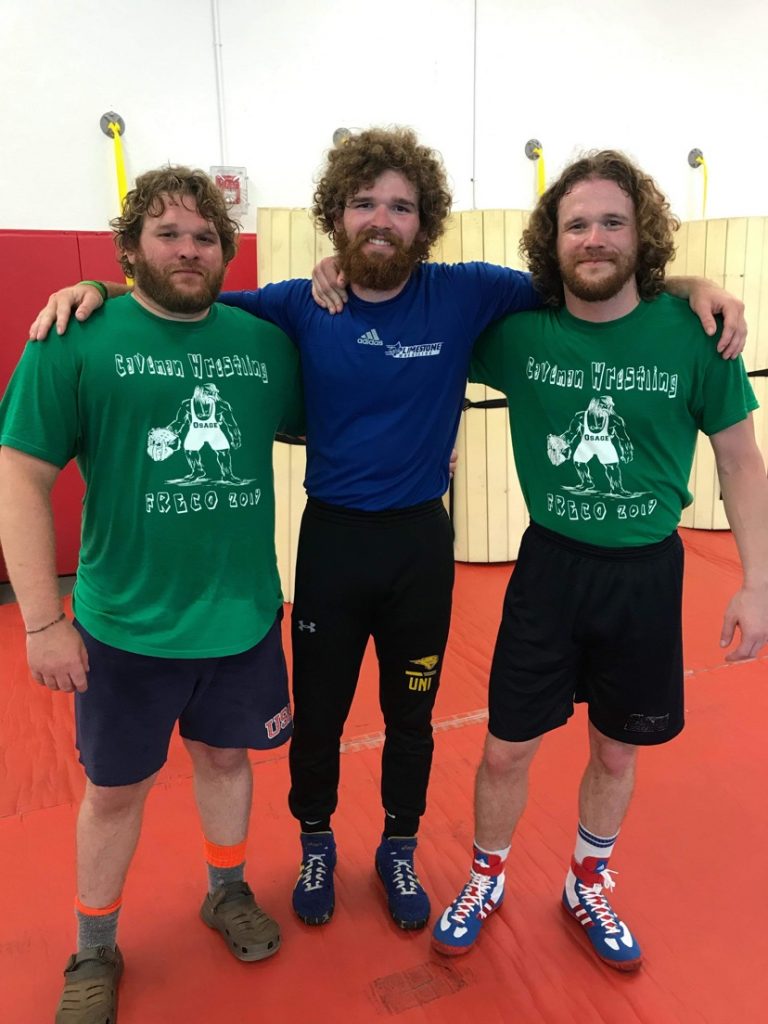 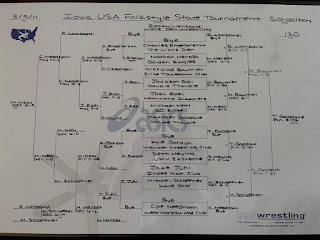 Freshman year District 4th.  I was behind Matt Bieber and Oscar Ramirez. Matt placed 5th, Oscar placed 4th at state that year.  Wyatt Forsyth placed 3rd at my Districts behind these two also.

Sophomore year Sectionals 3rd. Kegen Fingalsen got 2nd at sectionals behind Beau Sorensen. Fingalsen did not place at state. I got third behind these two. 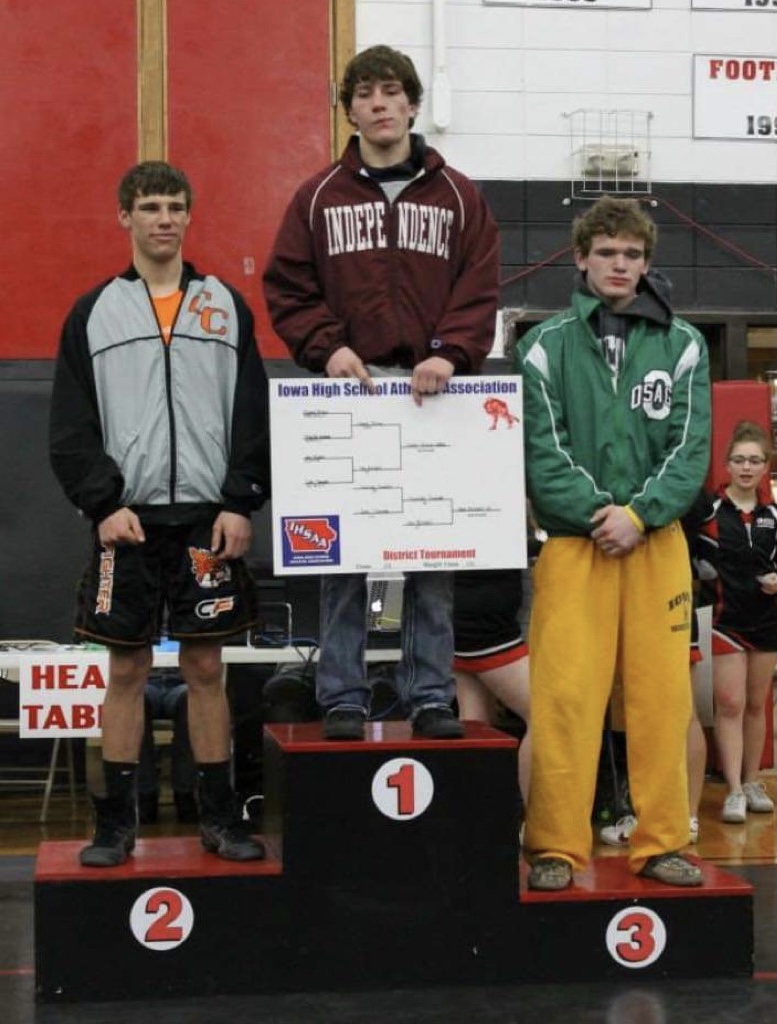 Senior Year District 3rd. Lost to Max Thomsen first round. Pinned Dylan Wagner. Wrestled Jake Niichel to go to state and lost to him. Max went on to be a four timer. Jake got 5th that year at state. 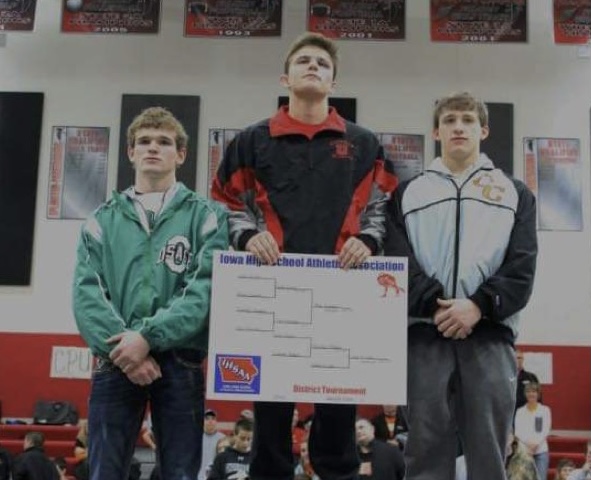 My sophomore year when I lost my wrestle off mid year and was not on varsity. It ate away at me. I ended up working my butt off and got back on varsity the week before the Conference Tournament. I ended up getting 2nd at Conference and 3rd at Sectionals that year.

Also picking myself back up from a loss. This was hard but you learn quickly how to do it if you want to continue wrestling!

Very unique and action packed, in other words funky. I do not think I ever wrestled a match where it was 0-0 after the first period. Either I was scoring or my opponent was scoring. I did things most people would not do. I liked to mix it up and have fun with my style of wrestling. I was always known for my funkiness when on the wrestling mat. A lot of people said that they enjoyed watching me wrestle because of the fact they knew points would be scored one way or another. 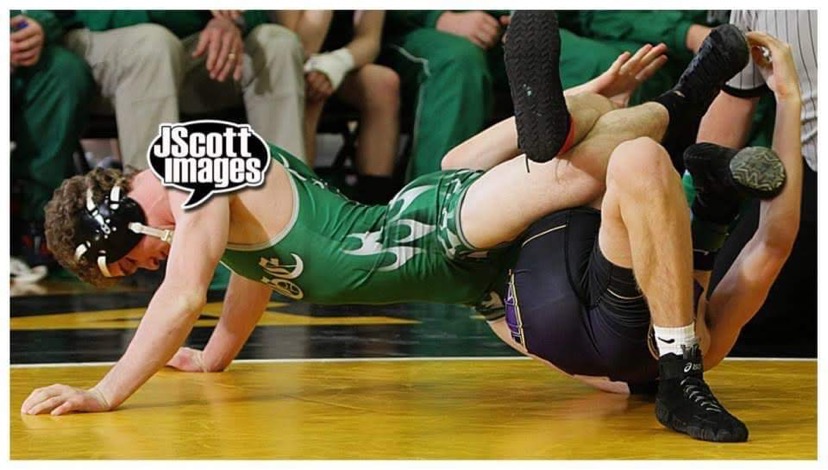 Tyler Thomas was definitely a guy that I went back and forth with.  He was a great competitor.  I think he beat me 3 times and I think I beat him 2 times.  I would say it was always a fun match.  We both respected the heck out of each other but when we wrestled we left it all out on the mat everytime we battled.

Mr. Brent Jennings.  He was my High School Coach at Osage, Iowa.

My High School team was very competitive.  We were a team that definitely was overlooked.  We were really solid all the way through. We also broke the Conference Record for most titles and points scored in 2012. 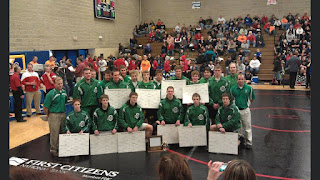 My siblings.  I looked up to Trent, Theran, and Tallia.  I wanted to be like them when I was in High School. 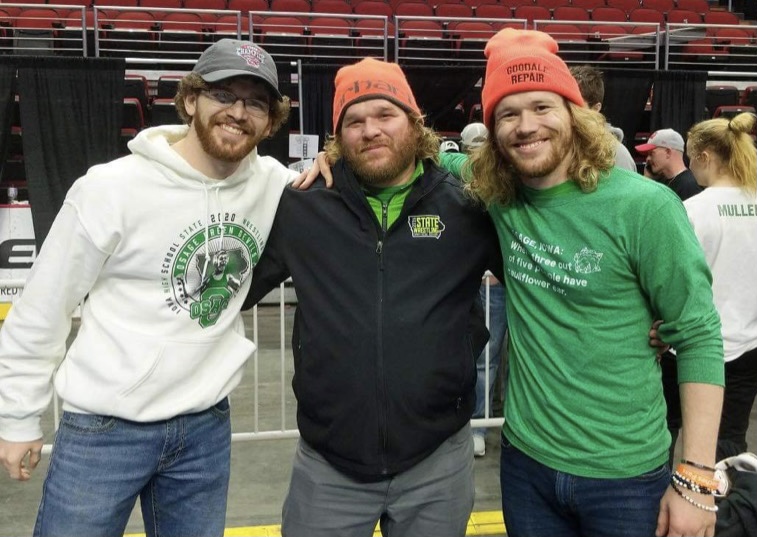 Dan Gable is the GOAT of wrestling, no questions asked.

It is really funny but my style of wrestling is a mix of all my siblings.  I have Trents heavy hands, Therans neutral defense, and Tallias dangerous neck wrench.

I listened to classic rock during every practice.  Every Monday for Monkey Rolls we would listen to Oh Sherrie.

Senior year after losing my last chance to ever make it to the state tournament.  I lost to a Niichel from Charles City.  This was the hardest I ever took a loss in my wrestling life.

I would have believed in myself more.  I would have been a little less nice out on the mat and took what I deserved.  I just needed to believe in myself and I would of been just fine.

A really fun memory of my High School Wrestling Career would be my senior year at Battle of Waterloo.  Osage had to wrestle the number one ranked dual team in 1A at the time, Alburnett.  Alburnett had I think 3 number one ranked guys, Washburn, Shulista, and Paul.  We started at 138 for the dual and that was Brady Jennings vs Hunter Washburn.  Brady went out and beat Hunter 6-2.  After that it was me vs Conner Shulista.  I pinned Conner.  After this great start to the dual Tristan Johnson had Bryce Paul next.  Tristan went out and then pinned Bryce.  So we ended up beating 3 of their number one ranked wrestlers back to back. Osage ended up winning the dual 26-42. 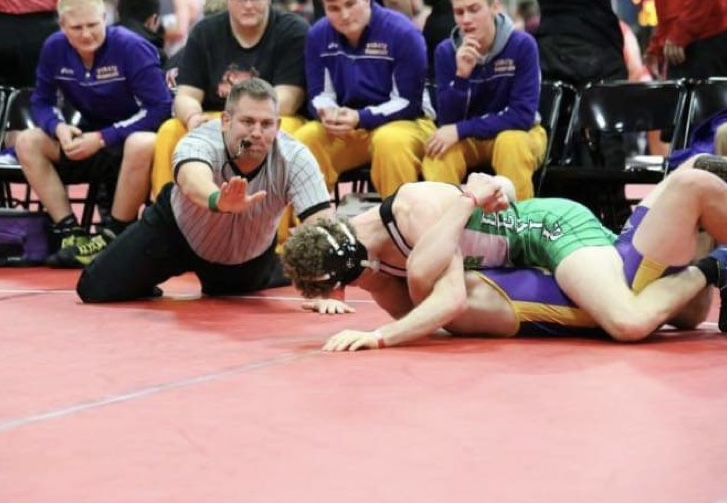 Wrestling Max Thomsen at districts my senior year was a lot of fun! Lost to him 6-0 I believe.

Any of the Charles City guys that I wrestled were very good competitors.

I wrestled all year besides during football season.  This was my “break”.  I was on numerous National Teams for Iowa and comppeted at Fargo a few times.  The best I ever did at Fargo was one or two matches from placing in both styles when I was a Cadet.

I don’t know.  People will have to let me know what they think!

I did not. Started coaching after High School.

I love giving back to the sport of wrestling.  This is what it is all about.  I am an Assistant Coach at Osage.  I take a lot of pride in giving back to the program and sport that made me the man I am today.  If it was up to me I would say everyone should have to wrestle at least for one season.  I am a huge supporter of Female Wrestling.  What this sport does for young females are incredible.  The confidence and positive attitude that this sport gives to them are priceless.  It is much more then winning and losing when it comes to this sport.

It taught me life lessons.  The most important thing it taught me is how to lose.   It taught me that you can either sit there after a loss and dwell on it forever or you can pick yourself back up and get after it. After my senior year I’m not going to lie, I hated wrestling. It wasn’t until about three years after this that I fell back in love with wrestling. I was at the Independence tournament watching my second cousin, Zach Williams, wrestle. I started out in the stands watching but as the day went on I found myself closer and closer to the mat side.  Long story short, by the end of the day I was in the coaches corner coaching side-by-side with Legendary Coach Brent Jennings. Independence was a two day tournament and after the first day Jennings turned to me and said, “you are coming back tomorrow right?” Since I got my coaching authorization before from coaching football, after that day, I haven’t missed a meet.

I recently just got hired by Osage to teach Elementary TAG and Middle School STEM. I also coach wrestling and during the Summer I work for the Mitchell County Conservation. I also started coaching football again here at Osage.  I would like to say I love supporting each and every sport here at Osage!  Even if I am not coaching, I am usually at all the Osage sporting events!

Yes, I am an Assistant Wrestling Coach for the men and women’s team here in Osage, Iowa. I actually helped start the Osage Women’s Team when we first got it here at Osage.

Be a sponge.  Listen and learn from allllllll the coaches and teammates and whoever else that you talk wrestling with! Take a little from each person and make it fit to your style!

I won’t be competing. Only Coaching. I am retired from competing myself.

Shout out to the Osage Community! Our Community loves wrestling! Shout out to my daily wrestling partners, Christian Fox, Tristan Johnson.

I only beat one Charles City kid in my HS Career. Otherwise I lost to every CC kid I wrestled.

I like to joke around with the guys and say I am the best-worst wrestler to come through Osage.  I say this because I was an above average wrestler, but never made it to the State Tournament.  Trust me I still get crap from everyone for never making it to state! I am 20th on the Osage list. Notice there is DNQ next to my name.  I am the only one there on the left side with Did Not Qualify next to my name. 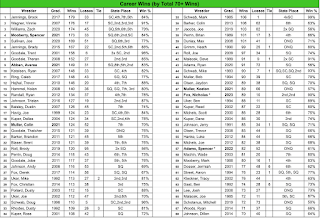