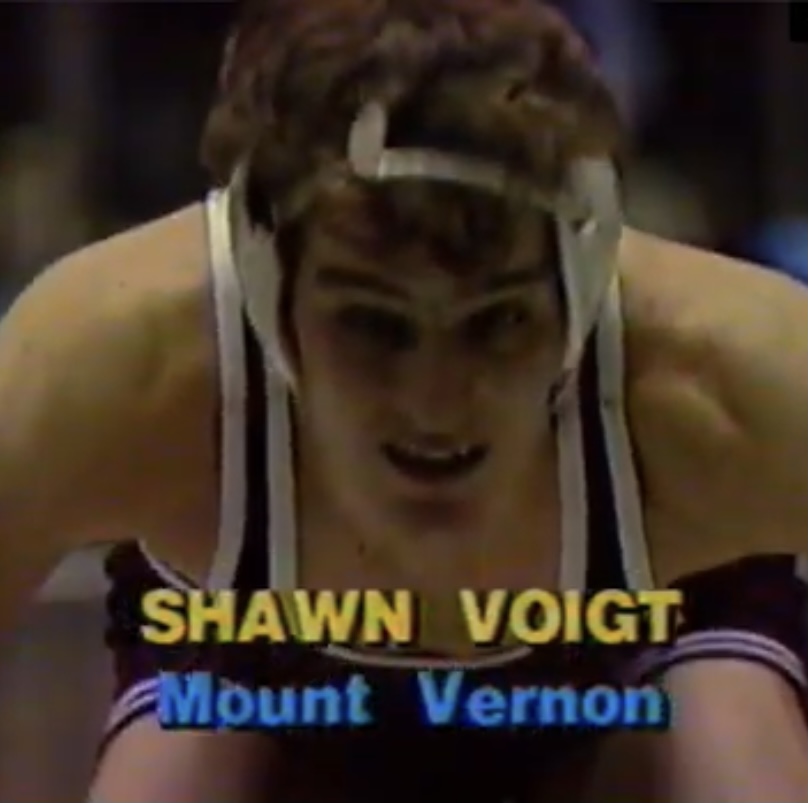 The 1985 2A 138 State Championship Finals Between Shawn Voigt of Mt. Vernon and Steve Rogers of Iowa City Regina 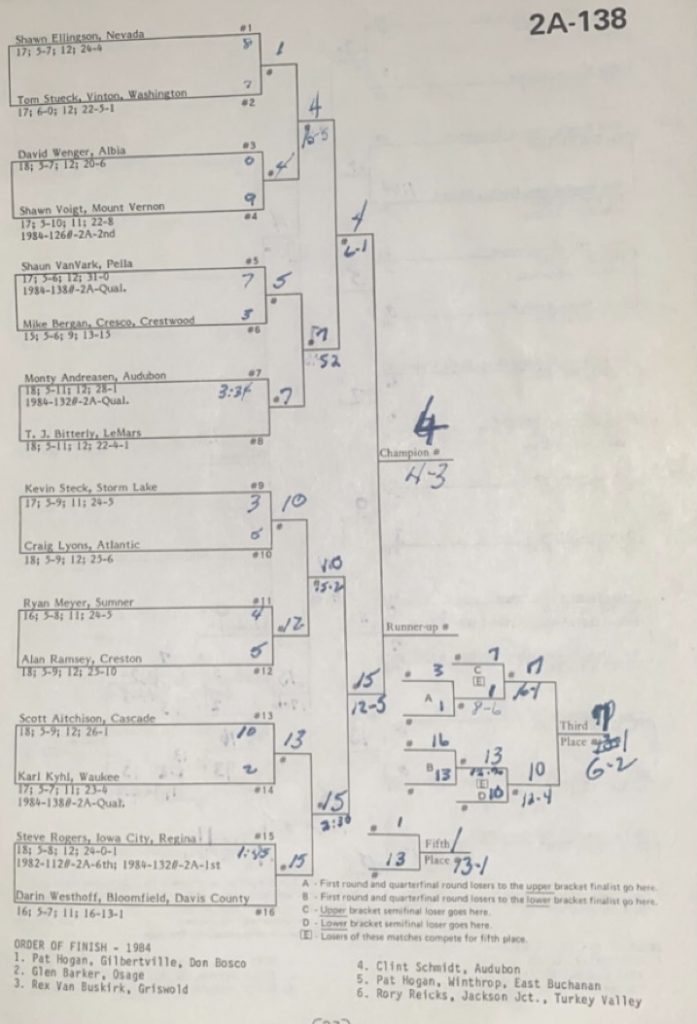 It’s pretty tough to think of any matches in Iowa HS State wrestling finals history where the chances of winning (on paper) seemed like more of a long shot than it did for Shawn Voigt in this match, despite finishing 3rd the year before. Shawn Voigt stepped on the mat with 8 losses to his name on the season. Steve Rogers stepped on the mat as a guy who had been there-done that, for he was the returning state champion, was undefeated on the season and most importantly, was responsible for 3 of Voigt’s 8 losses on the year.

Steve Rogers did get a 3-0 lead at one point, but Voigt kept plucking away throughout the match and stayed after him until he got momentum in his favor and capitalized on that. 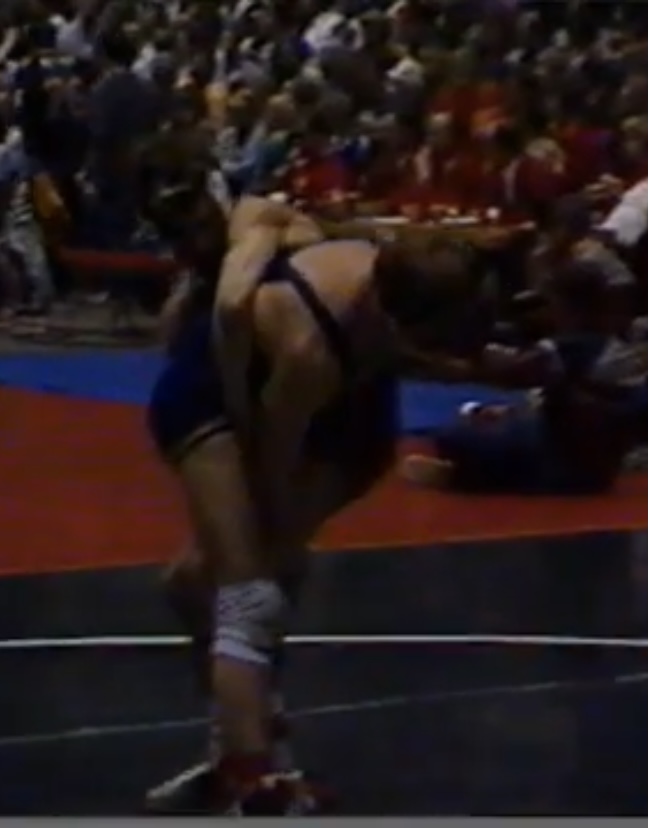 The go-ahead takedown was scored with about 13 seconds left and was off of a shot that Rogers got real deep on and it appeared that the match was going to be won by Rogers at this point, but somehow, Voigt found a way to stop this shot before falling to his butt and did some funky stuff with his hips to secure his own takedown. Voigt rode him out the last few seconds and the state championship was his. 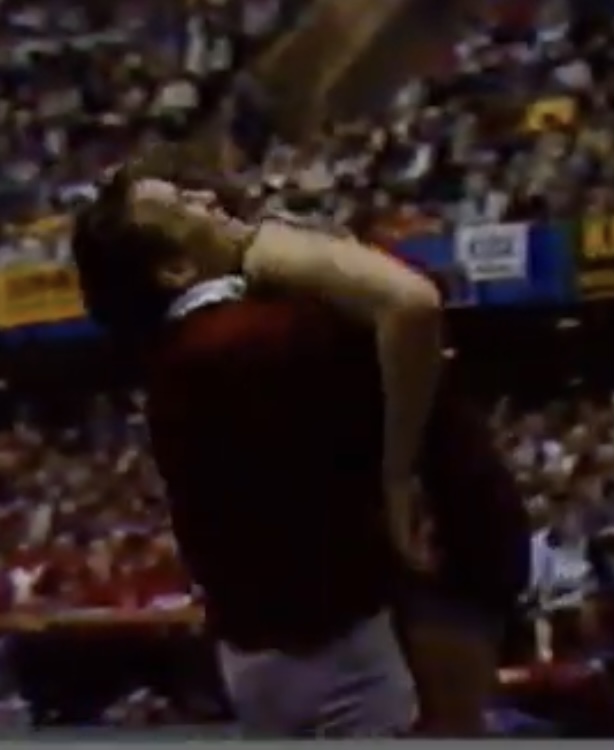 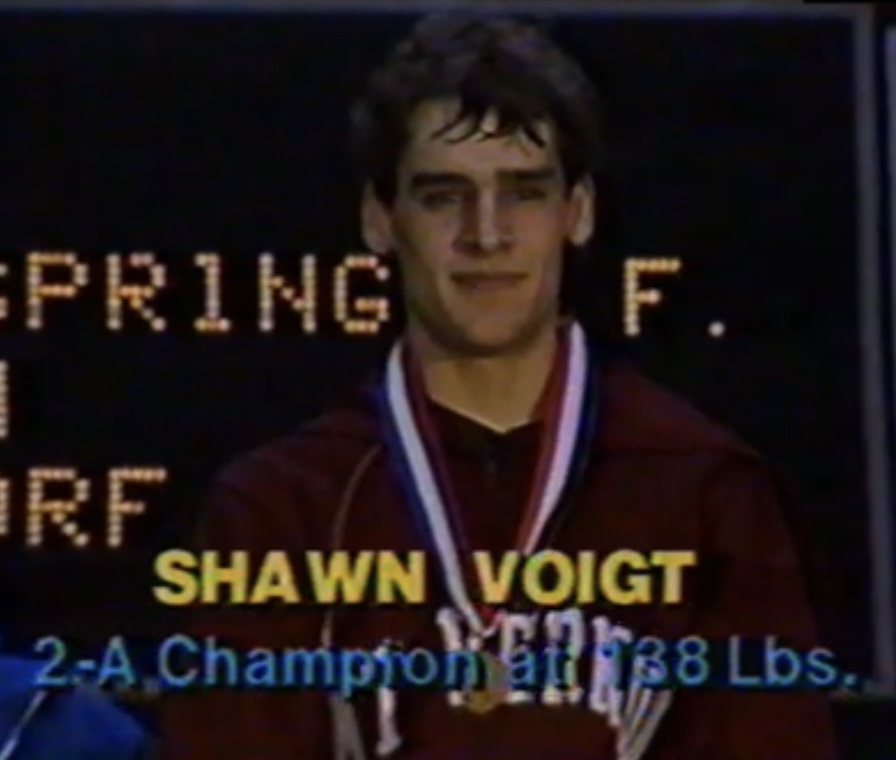 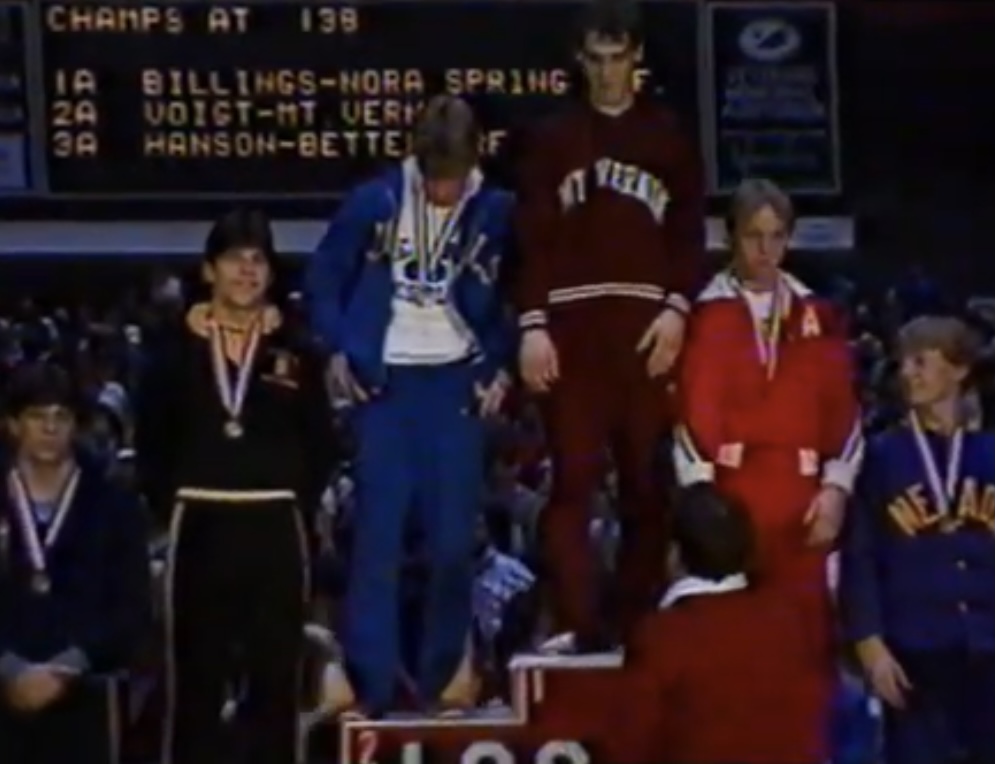 I don’t know what Rogers did after HS, but Voigt went on to become a 4X D3 AA and 1X champ for Cornell after HS and he is now in the D3 HOF.