Who Is The Iowa HS Wrestling GOAT?!?! The Case For Cullan Schriever, Mason City 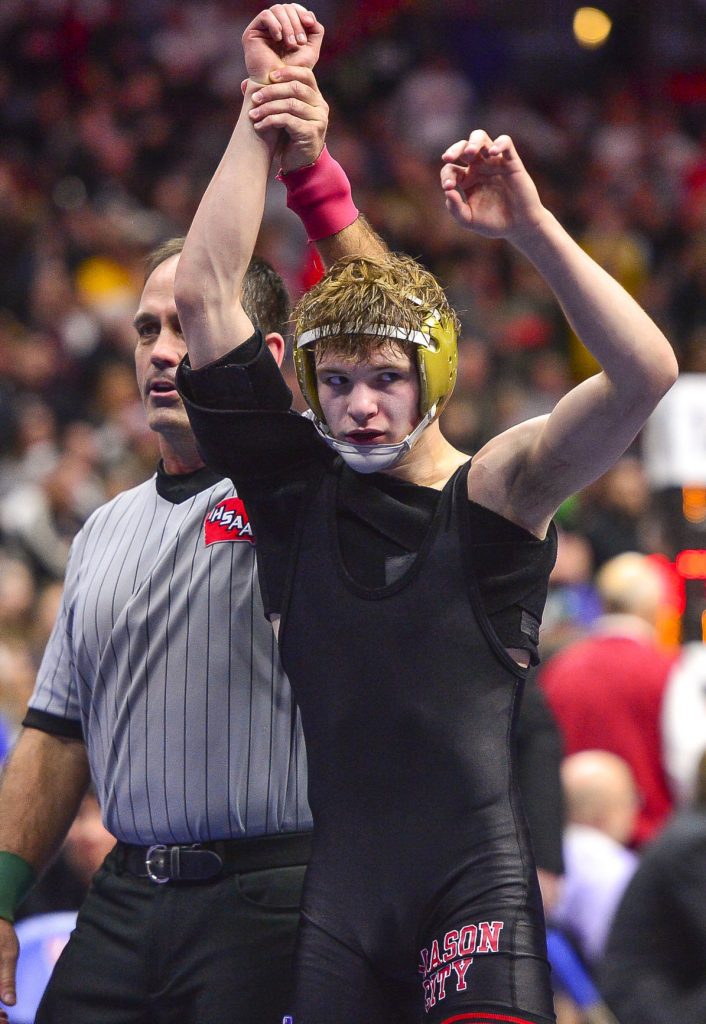 Cullan Schriever… One of my favorite wrestlers….EVER. A technical wizard on the mat. I’ve never seen someone so efficiently utilize a spectrum of set-ups to score a plethora of takedowns each match quite like Cullan Schriever.  When he’s on and healthy, his game is systematic and borderline flawless and if you know what you are looking at when you watch him, it is quite the show.

So Cullan CAN’T have a case for the GOAT since he only won 3 titles, right?  WRONG. I refuse to put much stock in the one year that he did not win state.  It was his Junior year and he was terribly injured. A broken ankle, I believe.  And he STILL managed to place at state.  Unbelievable. On full-health, Cullan is nothing less than a legit comparison to undefeated 4X state champion and 2X national champion Hawkeye, Eric Juergens of Maquoketa. In fact, he reminds me a lot of Eric. He’s THAT good.

Cullan was able to accomplish some things that only the elite of the elite in the NATION were able to achieve.  Take a look at this resume:

Try to think of some other Iowa HS guys who Schriever’s accolades aren’t on par with…. I’m waiting.  I mean, the kid won Super 32…Who else has done that? Fredy Stroker?

Schriever is a product of Sebolt Wrestling Academy… So is current Fort Dodge Senior, Drake Ayala.  Drake is one of the Iowa HS GOAT’s in his own right and is trying to become a 3X state champion this year himself… The one year he didn’t win state, who stopped him? You guessed it, Cullan Schriever.

Does Cullan Schriever have a case as Iowa HS wrestling’s GOAT?  If you don’t think so, you are wrong… plain and simply.  In fact, he very well could be the best I’ve ever witnessed on the Iowa HS wrestling scene.  I’d love to see how he would do in some hypothetical matchups against other Iowa HS greats…. I am 100% Cullan would handle himself just fine against anyone you throw out there with him.

And my respect for him exceeds the wrestling mat, for a couple years ago when I covered 3A wrestling for The Predicament, the Mason City trio of Cullan, his twin brother Colby and 285 lber. Troy Monahan were some of the most impressive athletes I met all year.  All three were polite, well-spoken and showed patience with me when I had some technical issues. You seriously just couldn’t ask for a better trio of guys to represent your team in the manner those three did on and off the mat. RESPECT to Mason City’s wrestling community!!!!

I’m a huge fan of this kid… He is my favorite Hawkeye right now. 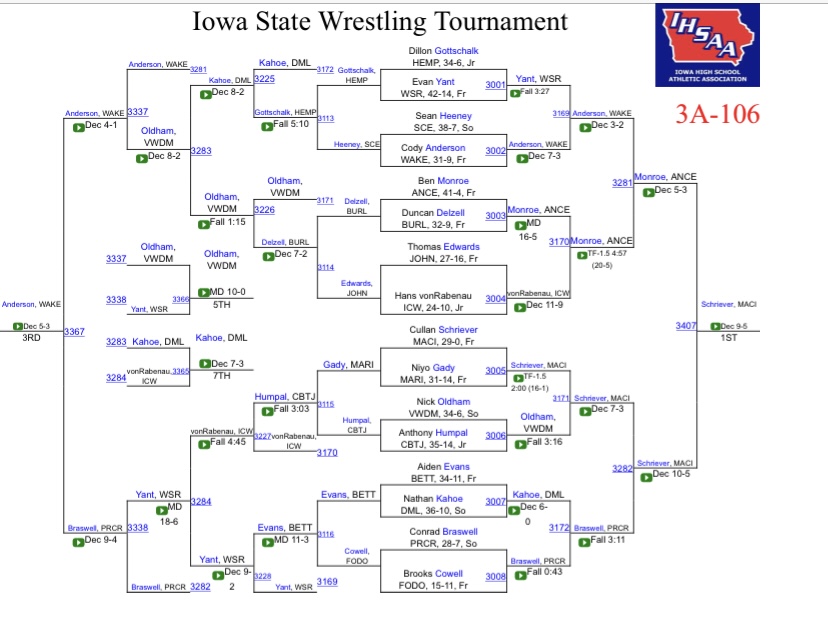 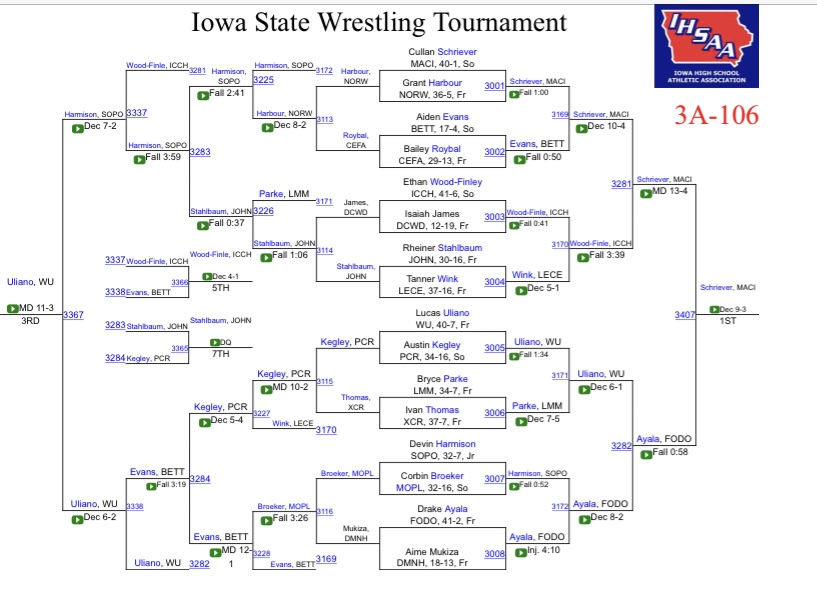 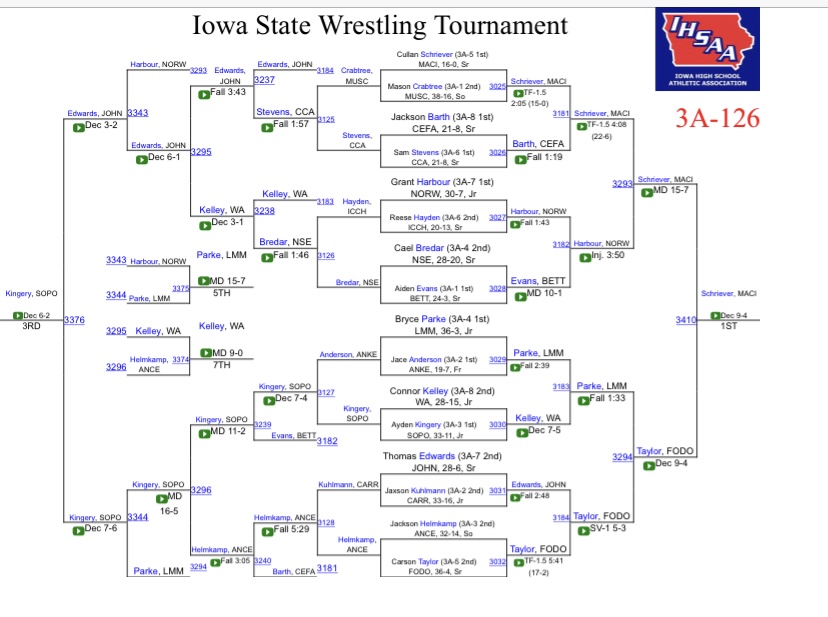