Who Is The GOAT?!?! The Case For Cody Fisher, Woodward Granger 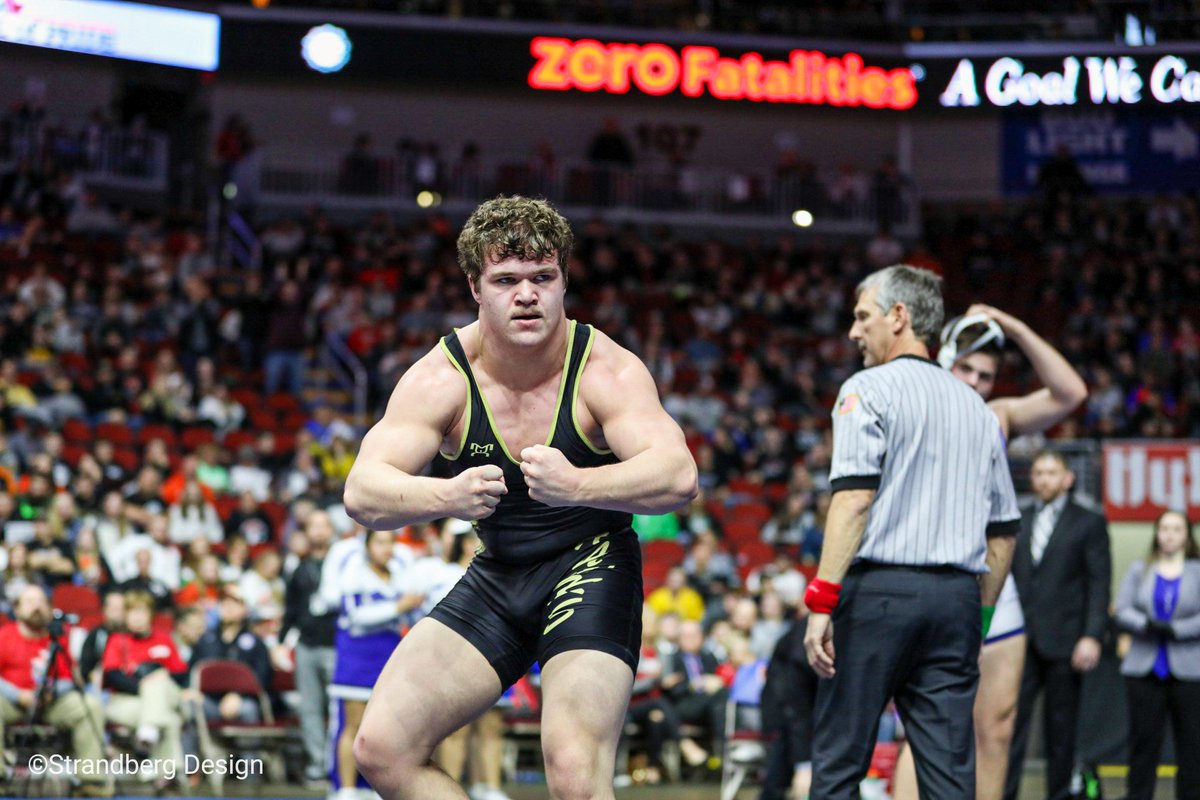 I love how this kid put Woodward Granger on the map the way he did. This one may be a surprise to some of ya and for a couple reasons. To start, most of the guys I have written about for this series were in earlier eras than Cody. Secondly, Cody Fisher, IMO put together one of the most impressive careers in Iowa HS wrestling history and did so, seemingly to the sound of collective, state-wide cricket chirping.  He went out and consistently won, consistently dominated, but he was never flashy about it, really. He isn’t cocky. He isn’t some Hulkamaniac upper-weight with 40 inch biceps and washboard abs. He is a strong dude, but it never seemed like it was to the point where he was always overwhelmingly physically imposing to his opponents like Matt Fields was. Cody Fisher won and did so consistently all 4 years in HS and did so starting as an upper-weight and the main reason he did this was simple… He is a one tough, intelligent dude on that mat and has such a balanced skill-set… He reminds me of what Lance Berkman was to the MLB. Lance was a guy who was kind of built like Fisher. Ya know, obviously athletic, but not too concerned with trying to attain the physique of Arnold Schwarzenegger, but strong looking as hell nevertheless…. They are both pesky in about every facet of their games, both didn’t seem to have any weaknesses and they both appear and come off as guys who you could see yourself hanging out and playing Mario Kart with off the mat. A nice guy, too.

So Fisher placed 2-2-1-1 at state and what makes this incredible for him was that he started his HS tenure as a Freshman at 195 lbs. He placed 2nd his first two years in HS as an upper weight and in both matches, he lost to upperclassmen phenom who will likely have his own GOAT article someday, Bryce Esmoil of West Liberty. Fisher can be forgiven for that. I mean how many Freshman are able to say that they scrapped at state on Saturday night at 195 lbs? Not many and most of the 195 lb. Freshman who get into scraps on Saturday night at state wrestling, did so fighting with their friends about who got the last cup of Dip N’ Dots. Fisher scrapped at state on a Saturday night because he was  just straight up tough enough to be able to make the finals as  a Freshman. And if it weren’t for Bryce Esmoil, who knows… he could have become a 4X state champion who started out at 195, which is just unheard of.

He was also a 4X Freestyle AA at Fargo Nationals. He’s one of the most underrated wrestlers to come out of Iowa in quite some time. He now wrestled for Iowa State and is a Freshman this season.

When I was writing for The Predicament, I conducted this interview with him prior to his Senior season:

I started  really getting into wrestling in the fourth grade and some very good family friends introduced me to it.

I’m the first person in my family to wrestle believe it or not, haha.

Wrestling for me was a gradual process at a young age and took lots of time and dedication.

Growing up I’ve been with Ubasa Wrestling Academy and my experience with Pablo is very unique. I’m glad I’ve stuck through with him and it’s gonna be hard to leave that.

Some memorable moments with in my youth were winning my 2 AAU State titles and wrestling the Funez twins from Perry at the Perry tournament my 7th grade year.

I finished first twice and 7th once at AAU state in my youth.

Memorable high school moments are definitely the state tournament and definitely gotta give some attention to the ACGC tournament for being my favorite regular season tournament.

The summer going into my sophomore year I noticed big leaps and bounds in my wrestling just from devoting more time to the sport.

I’ve had several tough competitors… too many to name without feeling like I left a few out. Many competitors, even ones I beat handily, have had great things they’ve brought to the table.

Not very many guys make the finals 4 times, let alone starting at a heavier weight as you did as a Freshman. Now here you are, a Senior and 3 time state finalist and returning champ. How cool is it that you are on pace to join an elite club of 4 time finalists in Iowa and even more exclusive being a 4 time finalist who started raking in the hardware as an upperweight Freshman?

It’s very cool knowing I’ve made finals every year at heavier weights and my most memorable tournament is my Junior year and the feelings and having everyone there around me and looking at my phone afterwards and  reading all the messages. It was just an unreal feeling.

Some goals are to definitely get another title and others is to hit 200 wins for my career but other than that I haven’t given much thought to goals yet.

I don’t know really how to describe my own style… I guess you could say I’m pretty offensive based on my wrestling.

I used to play football until my sophomore year then I decided to devote myself to wrestling.

For hobbies, I’m an avid scary movie watcher and I also enjoy spending time with my friends and relatives.

Best advice I’ve ever had is really hard to say because I’ve been around some really great minds of the sport and I’ve soaked up so much it’s hard to say just one.

Advice for upcoming wrestlers is to just focus on getting better and invest in the process of it and it will pay dividends in the end.

I don’t have a favorite style, I just enjoy wrestling as a whole.

Definitely a lot people to thank for the coaching I’ve received, but Pablo Ubasa, Ross Larson, Tanner Hiatt, Mike Zadick and the ISU coaching staff have taken my wrestling to extraordinary heights and I’m excited to see where things go from here.

What are your college plans? Is wrestling in your future whether it be competing or coaching?

I’m currently committed to wrestle for Iowa State and coach Kevin Dresser and the rest of the ISU coaching staff.

What is the future outlook for Woodward Granger wrestling?

I’m hoping I’ve started Woodward Granger wrestling in the right path and whenever possible I’d like to come back and help. Later in life if our paths cross again, I’d be very happy to coach for Woodward Granger.