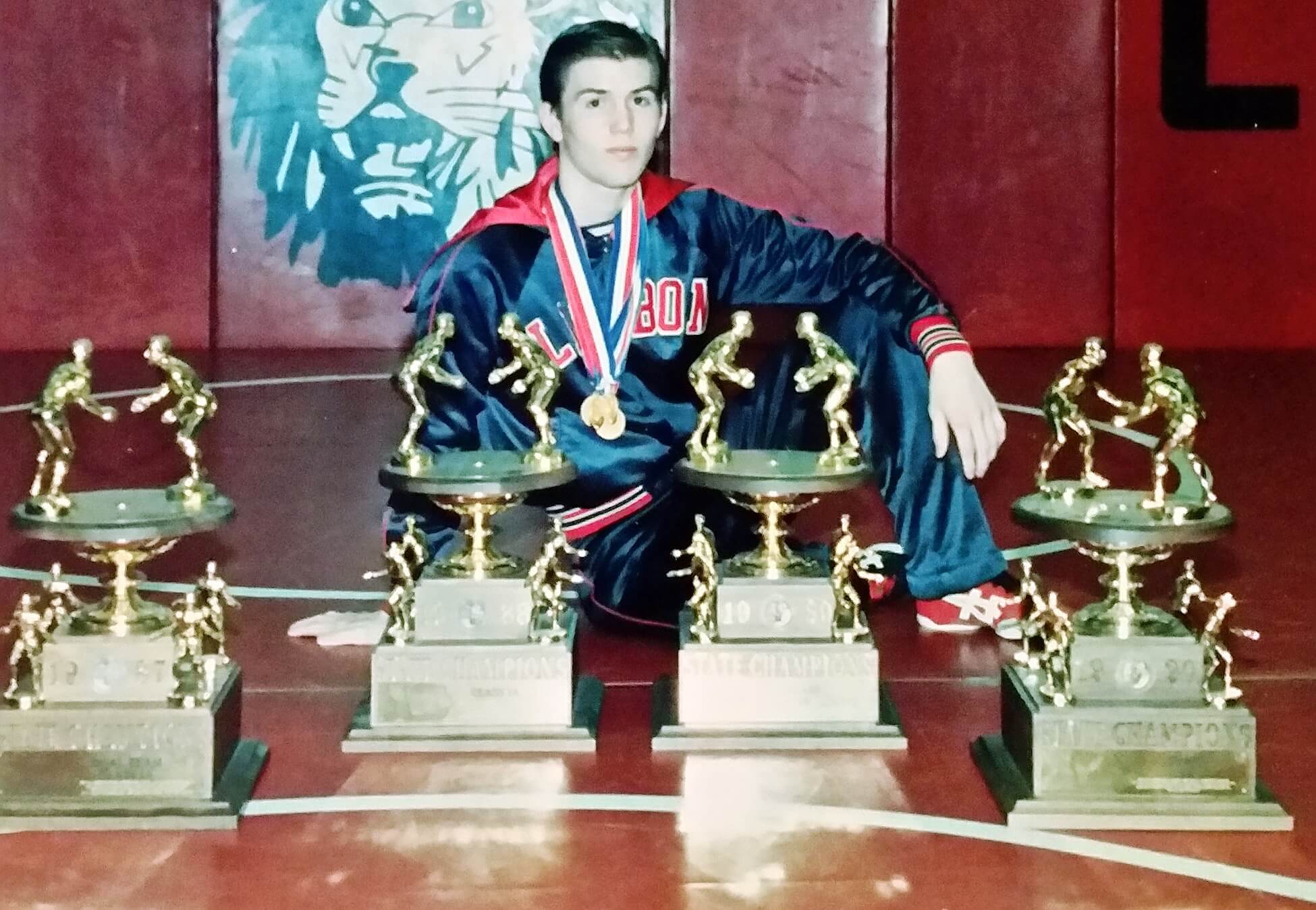 I think I’m going to make this a new series called “The Greatest Matches In Iowa HS State Wrestling History” and that idea was inspired by this match. 1988 Iowa High School State Wrestling Finals Division 1A 112: Shane Light (Sophomore from Lisbon) vs. Matt Otten (Senior from Manly-North Central). In the entire history of the state tournament, I don’t know if there has been anything more impressive than what Shane Light did in this match. Matt Otten was a Senior who placed 2-1-1 leading to that year. One of the greats. And Shane Light was a Sophomore who won his first of what ended up being 4 titles the year before. Otten was the returning 1A 105 champ, Light the returning 1A 98 lb. champ. Both had tons on the line. Matt Otten was on a quest to become a 3X state champion/4X finalist…Very few had done that prior to 1988. Shane Light, winning state as a Freshman, had 4X state champ dreams that were still alive and kicking.  Coming into the match, Matt Otten was considered the favorite. He was REALLY good and anyone you talk to who wrestled back then will tell you that they considered him a beast. Shane Light was considered the underdog coming in, by most. In fact, the only year Shane Light was ever considered the favorite coming in to any of his 4 state titles matches was his Senior season, the year he won his 4th state title. That was the only year he was ranked 1st coming into state.

Here was Shane Light’s State finals matches from the year before as well as him winning his 4th title:

The match between Light and Otten did not disappoint…to say the absolute least. Both guys really went hard. Shane Light’s performance in this match is one of the most impressive things I’ve ever seen in a HS wrestling match. Check it out.

Here is an interview with Shane Light after the match: