Stories of Adversity And Extreme Stress In Wrestling: The Lisbon High School Wrestling Debut Of Ryan Morningstar (Story and Video) 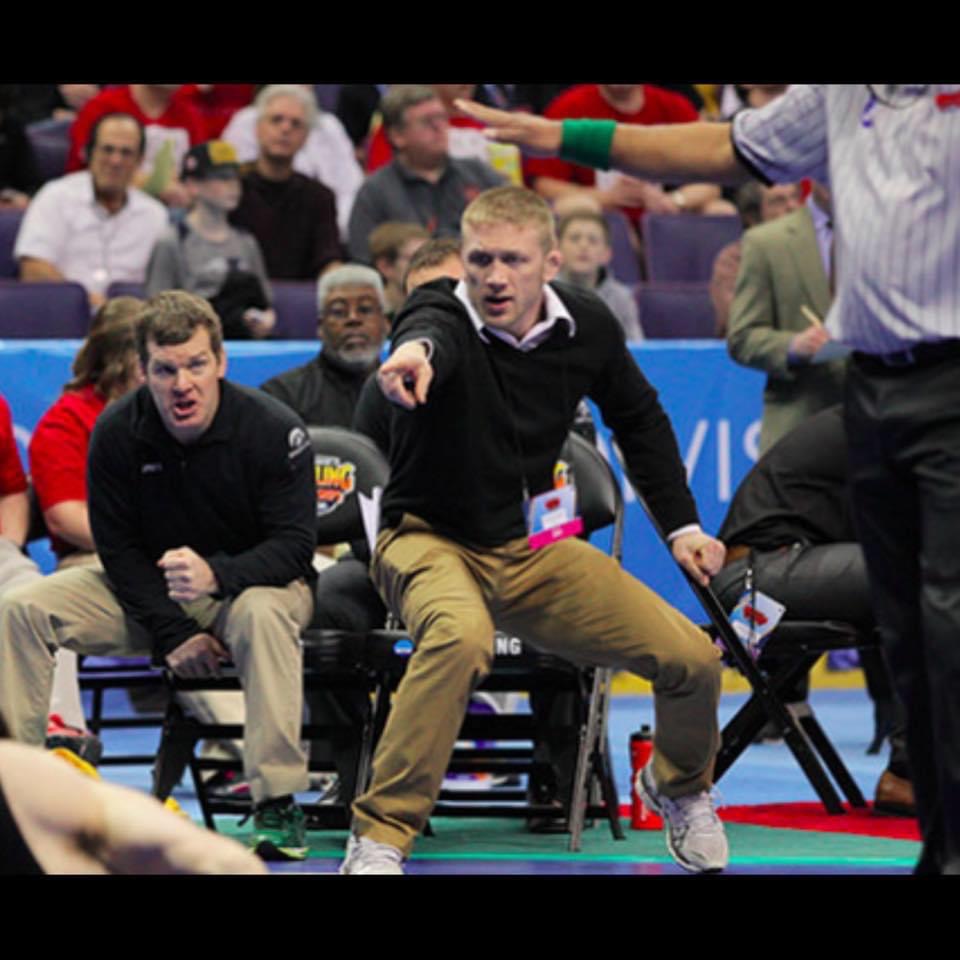 This is going to be a new series that I am going to try out. This series will chronicle events that took place in which a guy was under an extreme amount of stress or adversity in a wrestling situation. Some may have good endings, some maybe not so good, but the stories and the circumstances or events that made these situations tumultuous will always make them worth reminiscing. There are certain situations that come strapped with so much stress-baggage that even the strongest of wrestling minds may have had a difficult time getting through it without melting down.

Suggestions for some of these stories for the future are encouraged!!!

Ok so the first one is about the high school debut of Ryan Morningstar of Lisbon. Ryan’s high school debut is, without a doubt, the most stressful debut I have ever heard of, and there were many factors that made it that way.   Ryan ended up becoming a 3X state champion and multi-AA for the Hawkeyes in college, so he was obviously inclined to handle stressful situations with a bit more grace than the average guy, but when you consider all the hype and pressure this kid was under at the time of his Freshman debut, one would assume, that even as mentally tough as M* is, his debut had to have made him feel as though he were under an insanely immense amount of pressure that would have made the common Freshman start wetting the bed again… Wait til you hear this…

To start, Ryan Morningstar is the son of a man named Scott Morningstar. Scott was a 4X state champion and a legend to the Lisbon Lion wrestling community, in which the wrestling community is legendary in itself. Scott was a 4X state champion and not only did he solidify his legacy as one of the top guys to ever wrestle for Lisbon, but to wrestle in the entire state of Iowa. He was and still is an all-time great. And he’s Ryan’s dad. Now, this was a very good thing for Scott undoubtedly was a great wrestling mind and tutor and to have that man as your dad meant that Ryan was born with having an elite level wrestling mind as his personal wrestling trainer who would be there for him for life. At the same time, though… He had some pretty big shoes to fill and a ton of gold hardware to collect if he wanted to live up to and build a legacy of his own that was comparable to his father’s. Heck, when Ryan was born and  people heard that Scott had a son, people in Lisbon probably made their share of “Yes! I can’t wait until Scott’s son starts wrestling! He’s going to be awesome!” So the pressure to succeed was likely evident from the beginning. And when Ryan began just blazing his way through AAU state brackets from the time he began, it was clear that the presumptions of Ryan being a monster on the mat were legit. Ryan had become a stone cold stud at a young age and put together a career that rivaled and arguably surpassed even his own legendary father. Get this. In Ryan’s youth wrestling days, by the time he was finished in 8th grade, RYAN MORNINGSTAR WAS WITHOUT QUESTION THE BEST YOUTH WRESTLER TO EVER COME OUT OF IOWA! At that time, the only person who even drew a comparison to how good Ryan was as a youth wrestler was Trent Paulson from Lewis Central. Ryan won state all 6 years he went to AAU and to this day, I have no idea if he was EVER beaten by a guy who was either in his grade, the grade below him or the grade above him. He very well could have been undefeated his entire youth career against his own age group. And no one in his age range was giving him good matches either. He basically just went out and destroyed everyone he faced. I’ll say it again, at that time, Ryan Morningstar was the best Iowa youth wrestler EVER…. and Lisbon couldn’t wait to see him do his thing in their gym on their mats. That was another thing. Lisbon was legendary powerhouse in which wrestling was one of the most important things to the entire community. Lisbon people lived and breathed wrestling and still do to this day. They had put together several state championship teams under HOF coaches, Al Baxter and Brad Smith as well as countless individual state champs. Wrestling was and still is a huge part of Lisbon’s identity and around the time that Ryan was about to enter HS, Lisbon wrestling had entered kind of a “down” phase… Sure, there were still guys like JJ Butteris and Ryan Fuller who had recently won state titles as well as guys like Casey Baxa and Derek Duecker who earned hardware at the state tournament as well, but as a team, Lisbon had some empty spots in their lineups for about a 5-6 year stretch.  Lisbon had to forfeit weights due to the numbers of participants being low. This was unthinkable at the time for a legendary program like Lisbon, but it happened. Lisbon wrestling was down… and Ryan Morningstar solidifying his status as the best youth wrestler ever seemed to be a sign of things finally starting to change for the better in Lisbon. Lisbon wrestling was about to claw its way back and Ryan Morningstar was going to be the one who sparked the Lion’s Den for another run. Lisbon fans were rabid with excitement to watch this kid re-energize the empire…as they should have been. 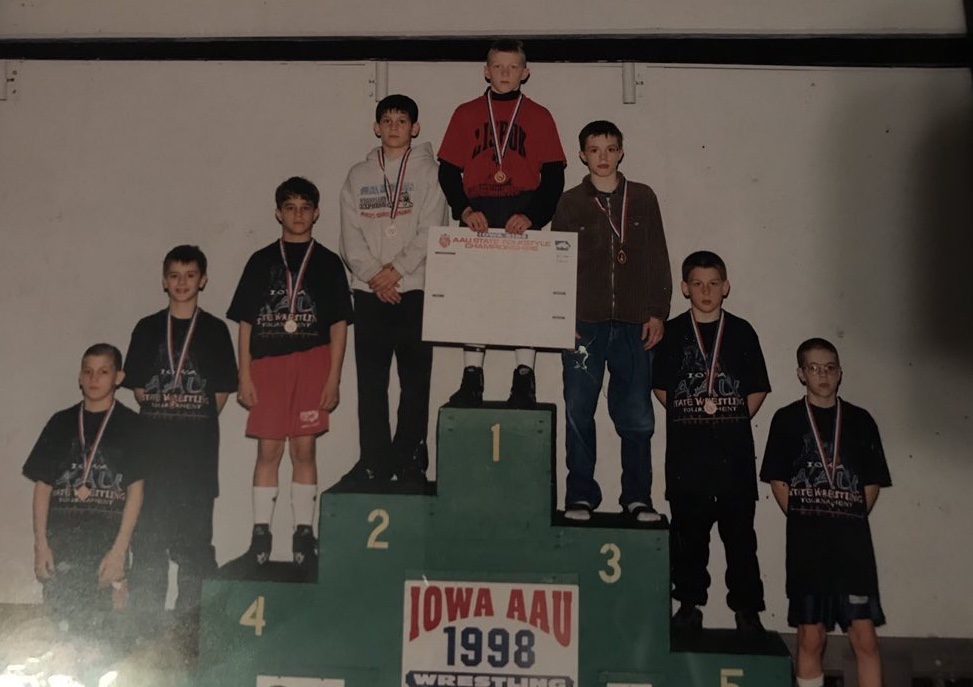 Just one of Ryan’s 6 AAU titles. Check out the placers and keep in mind that Morningstar wasn’t even close to losing a match there:

At the time, there had never been a more sure-bet of a presumed undefeated 4X state champion to enter high school than Ryan Morningstar. It got to the point where Ryan dominated everyone in his own age group so severely that his father started bumping him up to wrestle 8th graders when Ryan was a 6th grader in an attempt to get him some competitive matches… and in doing so, he finally ran into a couple guys (both 8th grade) who actually managed to beat him…and multiple times. With that said, the only guys that I know of who ever beat Ryan Morningstar in youth wrestling were two 8th graders when Ryan was a 6th grader: Mack Reiter from Don Bosco and my brother. Justin Swafford from Mediapolis. I can’t give any details about the Mack-Ryan collisions, but I do know that Justin best Ryan probably 3-4 times that year and each match just kept getting closer and closer. The last time they wrestled that year, Justin barely edged him out in OT. These matches were stressful for us… It was like if we win, cool…you beat a kid 2 years younger than you… no big deal, you are SUPPOSED to beat guys who are younger than you.  But if ya lost it was like, “CRAP, maybe we weren’t as good as we thought since we just got beaten by a kid who is 2 years younger.” It just seemed like a no-win situation for us…I thought my dad was going to have a conniption due to nerves from those matchups…. And the Morningstar’s followed us almost everywhere we went for a few weeks there. Scott was adamant on getting Ryan the competitive matches that he felt he needed and it was a huge pat on the back for us that he considered Justin to be the guy to get those matches with.

So Mack and Justin combined for a large percentage of Ryan’s cumulative and rare losses as a youth wrestler. Ryan was so good that he had to wrestle up just to attempt to have a competitive match. 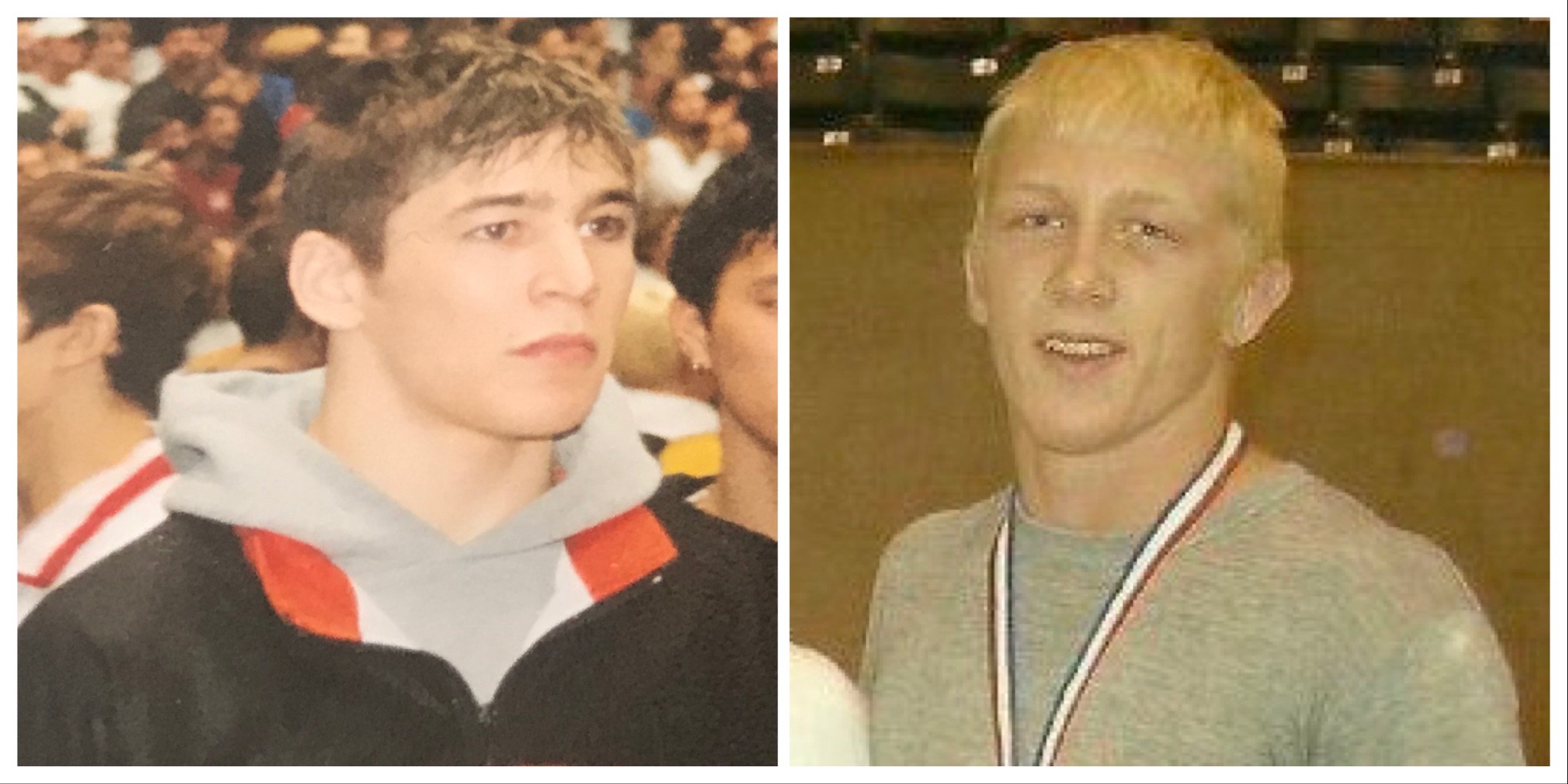 So the wrestling schedule came out for Ryan’s Freshman season and out of any of the hundreds of schools that Lisbon could have wrestled, guess who they faced first meet of the year? The Mediapolis Bulldogs. Home to Justin Swafford aka one of the only guys to EVER beat Ryan Morningstar in his youth wrestling days… And it just so happened that both were at 125 lbs. that year, so the matchup between the two of them first meet of the year was a certainty to take place… Justin was coming off some rather positive publicity himself at the time. He was a junior and had placed 2nd at state as a Freshman and Sophomore. He had just come off an off-season where he won one of his 4-5 freestyle state titles, 1 of his several Northern Plains Regional titles and placed 4th at Fargo Nationals and in that tournament he became notorious for defeating the defending Fargo champion early in the tournament for the 2nd year in a row (first year was Taylor Graham, second one was Nathan Morgan of California). So he was on a roll at that time.

The meet was to take place at Lisbon…so in front of Ryan’s home crowd in front of hundreds of die-hard Lisbon fans who had been waiting for this moment since the day he was born.  I have no idea how Ryan felt about this, but I know how I would have felt. I would have been unbearably nervous and stressed out beyond comprehension. I’d have thought, “really?! Out of all schools I could have met up with first, it has to be the squad that has one of the couple guys who ever beat me?! Why couldn’t I have just had an average match against a standard opponent like most guys do??!” If Ryan was up for this challenge and happy to get this matchup in his first ever HS match, then props to him, for a stressful situation like that would have been borderline unbearable for most. I probably would have faked an illness. But that’s the difference between me and champions like Ryan Morningstar.

So here is the video to Ryan Morningstar’s long awaited Lisbon HS debut vs. rival, Justin Swafford of Mediapolis. And trust me, if I felt this match would paint Ryan in a negative light at all, I wouldn’t post it…. He had nothing to be ashamed of and wrestled lights out considering the situation, IMO. Not to mention, there were 2 calls that could have gone in Ryan’s favor, but didn’t and 1 call that could have gone Justin’s way, but didn’t…. It’s clear that this matchup could have gone either way.

Ryan and Justin went on to have successful seasons that year. Justin won state in 2A while Ryan placed 4th in 1A in a bracket that included Justin Bohlke, Mario Galanakis, Chad Beatty and Jeremy Johnson. Morningstar went on to win 3 state titles in his final 3 years.

Ryan and Justin met up one final time after this matchup and that was at Freestyle state the next year. Ryan finally got over the hump and beat Justin in another close match…. I can’t speak for Ryan, but I assume that win felt pretty good for him.

Ryan Morningstar was a stud. Probably the toughest guy any of us Swafford brothers faced in terms of how hard he came after you after the whistle was blown. He was simply the best at that. Best “aggressive off the starting whistle” guy any of us ever locked horns with.