WHO IS THE IOWA HS WRESTLING GOAT?!? The Case For Josh Ramirez; Dubuque Wahlert and Archbishop Rummel HS in Louisiana 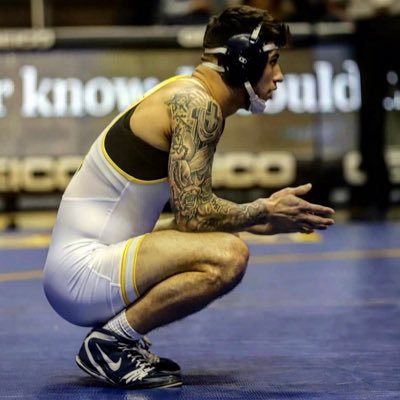 In the last Who Is The Iowa HS GOAT article, I wrote that we only had one more 4Xer to go and that is Cory Clark from SE Polk. I wrote that after Cory’s, I would start in on some of the guys who did not win 4. A week and a half later it hit me that I was forgetting one 4Xer… Josh Ramirez from Dubuque Wahlert and Archbishop Rummel HS in Louisiana.

Ok, so I understand what the reaction/response may be after some of you read that, for many people do not and will not ever consider Ramirez to be a 4X state champion, to represent Iowa anyways because he won 3 of his titles in Louisiana and his 4th title in Iowa. I remember some of the Iowa HS wrestling fans in 2018 making a collective “groan” and posting a bunch of comments on twitter and the forums and what-not about how they were upset that Ramirez held up 4 fingers after winning state as a Senior. The Iowa HS wrestling fan base has never really been overly accepting of guys who transfer in from other states… Jesse West from IC High, Topher Carton from Davenport Assumption, the Portillo brothers, etc… it took more time than necessary for any of them to be welcomed as “Iowa guys.” And don’t think for a second that I am trying to come off as holier than thou by making that statement… I have been more guilty than anyone in this aspect. I vocally rooted against Topher Carton, Jesse West both Portillo brothers when they were rivals with the West twins, etc. and it took a number of humbling experiences to change my outlook on that and in turn, the tone in which I would discuss wrestlers who transferred to Iowa. The last few years, I have come to regret the way I wrote about all of those guys and will acknowledge that I was 100% wrong in my outlook with that.

Joshua Ramirez is a 4X state champion and no one can ever take that from him. What did people expect from him after he won his 4th? To not be excited? To make sure that he did not hold up 4 fingers to indicate 4 titles that he won? Because it was exactly what he just accomplished in that moment… he had just won his 4th HS state title. When he has kids someday and they ask him about his wrestling career, what do you expect him to tell them? “Your daddy was a 3X Louisiana state champion and was also a 1X Iowa state champion?” Heck no… that’s more complicated than it needs to be. He should feel completely justified in proudly telling them, “Daddy was a 4X state champion, kids.” Simple as that.

As a Senior, he moved to Iowa and wrestled for Dubuque Wahlert, in which he won the 2A 160 lb. class, pinning his way to the finals. Wahlert also won the team title that year and he was a huge part of it. Not only was he an obviously  huge point-getter for them, but he also helped his practice partners improve their skills, most notably, Kolton Bartow. Bartow was great as a Junior, don’t get me wrong…I mean, he placed 3rd at state as a Junior, but the improvement that kid made from his Junior to Senior year in HS was noticeable to anyone watching him. It was night and day how much he improved. He placed 2nd at state as a Senior, but he was a more technical wrestler than he was the year before without question and I am sure that Ramirez and Bartow were mutually beneficial for each other’s development as Seniors. I’ve heard several people refer to how good of a teammate Ramirez was at Wahlert.

Coming into the 2018 season, basically what we knew about Ramirez was this: He was a 2X Fargo AA (I can list multiple 4Xers from Iowa who never placed at Fargo in multiple tries) and he had wins over Iowa HAMMERS; Ben Sarasin of CR Kennedy and Taylan Entriken from Hudson. Both those guys were state champions in Iowa… Ben Sarasin is an absolute force at the D3 level already and Entriken is still “kickin’ it” at Iowa State, I believe. Josh Ramirez teched them (I believe in Freestyle/Greco) both prior to competing in Iowa. This was the jist of what was known about him coming into the 2017-2018 season by most Iowans. In the regular season, Ramirez did take a couple losses to IC West’s Nelson Brands, but so did several other elite guys that year. Brands was a 3X state champion in his own right and had he made the leap he did at the end of his Sophomore the year before, we may be discussing him as a 4Xer with a case for GOAT consideration. They weren’t bad losses for Ramirez despite the outcomes, in which he was pinned in one match while attempting a throw when tied 2-2 in the 2nd period and lost just 6-5 in the other. Nelson Brands is one of the best Iowa HS wrestlers to be produced and most certainly the best in his family at the HS level…Everyone knows the post-HS accolades of legends, Tom (uncle) and Terry (father) Brands…. Nelson at the high school level is leaps and bounds ahead of where his dad and uncle were at when they were at the HS level. What happens at the college level for Nelson remains to be seen, but you can’t perceive two regular season losses to Nelson Brands as some sort of a knock on Josh Ramirez‘s resume. Same thing could have happened to many historical Iowa wrestling legends vs. Nelson Brands.

The results of Josh Ramirez’s Senior year looked like this:

It was one of the most deceptively tough brackets in the state that year. This is coming from a guy who watched all of these kids from the time they were competing at Super Pee-Wee State, for my brother Brennan was also an ‘18 graduate and was at that very weight that year, but in 1A. We ran into almost all of those guys at one point or another. To start, he had a HAMMER in the finals. Luke Hageman was the most underrated guy in the state when he was a Senior and people didn’t realize it because his Senior year was the first year he even qualified. Luke and my brother were club teammates growing up and coming into HS, Luke Hageman was known as one of the best kids overall in the entire grade because… he was one of the best kids overall in the entire grade. He won several youth titles and was one of the most reliable guys for that DC Elite Dual Team to beat anyone thrown his way, year-in, year-out. The DC Elite team could be up against a Pennsylvania team with a National champ at Luke’s weight, and everyone knew they had a shot to win, for Luke beat those types of guys routinely. He was a monster and that never changed in HS. He didn’t get any worse. Hell, he got even better! It’s just that for whatever reason, in HS, he was one of these guys who would rock it during the regular season and something terrible or heartbreaking would happen to him at districts and he would fall JUST short of qualifying for state. If you would have told anyone at the 8th grade state tourney that Luke Hageman would not win a title in HS, they would have probably laughed at you. And you would have deserved it, for it would be a very bad, yet somehow accurate prediction at the time. And Luke would have won state in his 1 trip if he didn’t have a huge talent like Josh Ramirez swimming in the same waters as he was… Josh beat Luke 3 times that year. He beat him 15-13 at sectionals. He pinned him at districts. Then he beat him 11-7 in the finals. 3 HUGE wins. Ramirez also pinned Tate Battani from Ballard in like a minute in the semifinals. It seemed like Battani placed almost every year from the time he was a 1st grader until he was a Senior year…Placed at least twice in HS. Battani gave a ton of elite guys fits. He is now at Iowa State and was 20-10 as a Freshman and 9-2 as a redshirt Freshman, so Iowa State was obviously on to the potential that kid had. Wes Cummings from PCM was an overall athletic freak of nature who was a standout wrestler for years as well. Zach Williams from Osage placed in the top 6 every year in HS. Colter Bye was an animal. Placed 2-3 times. You get the picture. That bracket was deep, and Ramirez won it. And he deserves a ton of props for that.

Does Josh Ramirez have a case for being Iowa HS Wrestling’s GOAT? Listen, you will be hard-pressed find someone from the Iowa wrestling fanbase who adamantly insists that he is the GOAT because of the fact that 3 of his titles were in Louisiana, but if you asked a bunch of Louisiana guys who the Iowa GOAT is, they’d probably claim that he’s one of the best to ever do it. He’s a legend there and for legit reasons. If you don’t consider Josh Ramirez as being a legit competitor to discuss in this series, can you at least give this kid the props he deserves of being the phenomenal wrestler he was and still is regardless of what your personal opinion may be of transfers? Because he most certainly was a phenom in his one year in Iowa and I don’t think the kid has ever been given enough credit. Everyone has their opinion(s) on transfer cases and many are vocal with these opinions, but can we at least agree that the fact that when elite kids from other states like Ramirez WANT to wrestle in the state of Iowa in hopes of showcasing their ability to gain notoriety and recognition from college recruiters, that it’s a compliment to our state’s high quality of wrestling? A lot of transfer guys aren’t given a warm welcome for years after they arrive, but they sure as heck respected Iowa wrestling enough to want to be part of it to begin with! Too bad the respect isn’t always mutual when they first arrive.  And to reiterate, I’ve been more guilty than anyone in being overly cynical of transfer wrestlers…

There is a man named Mark Schultz who is originally from Glenbard North in Illinois (where he was a standout) and now coaches in the Dubuque region and has for over a decade. A Dubuque Wrestling Club O.G. He has been “key” to a lot of the success that several of the guys from that region have had these past few years and has been an incredibly effective influence for the Iowa wrestling community at multiple levels. I have talked wrestling with him several times and I have disagreed and cordially argued with him a couple-few times over the years… Usually Iowa vs. Illinois type debates. I can tell you now, that any time I have ever disagreed with Mark about anything, he has proven me wrong. What can I say, the guy knows his stuff better than I do!? The last time I spoke to him was in 2018, in which he told me just how unbelievably gifted Josh Ramirez was. I’ll take his word for it. I’ve learned to not disagree with him on these takes, for I have never heard him make a claim that was incorrect.