How Close Were The 3Xers To Winning And How These 3Xers Are Connected: Trent Goodale, Josh Watts, Julien Broderson, Trey Clark 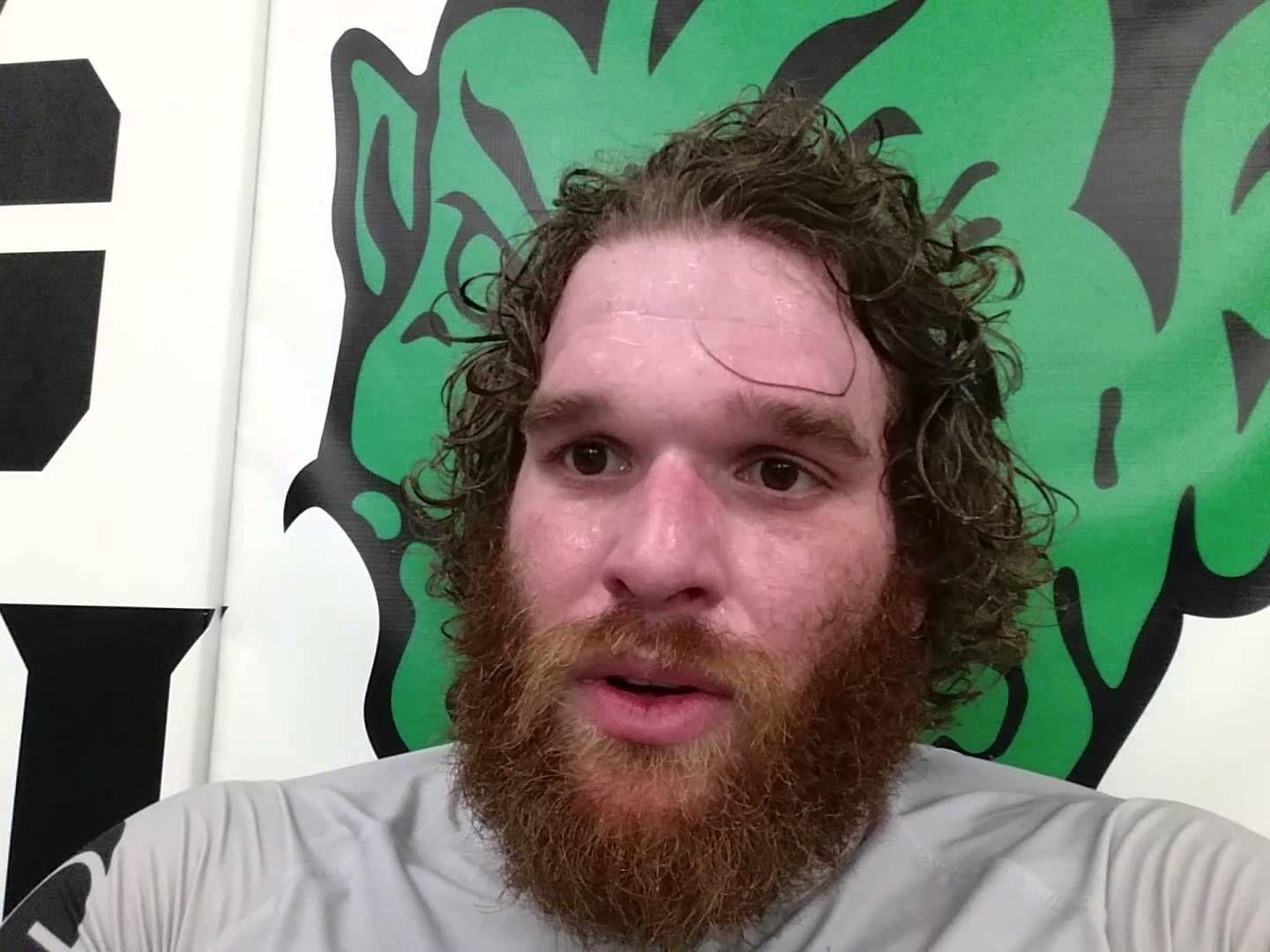 Trent Goodale… He has always looked like someone who resided in the mountains and fought mountain lions for fun, considering most humans weren’t able to force him to do much more than move his pinky finger without getting pinned by him. He was good… really, really good. One of the best of that early 2000’s era. You can’t think of Osage wrestling without thinking of the Goodales. Trent finished with a HS record of 159-6 and won 3 titles in 1999, 2000 and 2001. You can watch those here:

The only year he did not win state wasn’t his Freshman season in 1998. He lost in the state finals against a wrestler from Assumption named Josh Watts who also became a 3X State Champ. That match was back and forth and was so close that I would consider Goodale along with Kent Streicher, Adam Allard and Ike Light as the 3Xers that were closest to winning 4 titles, but fell barely short. You can watch Trent Goodale vs. Josh Watts here: 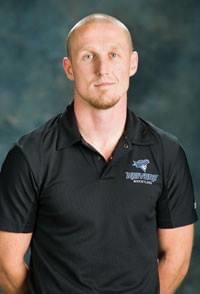 Josh was a pretty big deal in my grade. He was in my grade and my region and was always a weight range lower than me, so we never met up, but I remember well who and how rare it was for him to run into anyone who ever gave him fits since the time we were in 3rd grade. From 3rd grade all the way through high school, I remember Chris Wernimont from Pocahontas  giving him trouble when we were real young and Keith Peyton from Wapsie Valley besting him at AAU another year… that was about it. He won titles in 1998, 2000 and 2001 and finished his career with a record of 190-4 which broke the career wins record at the time.

I don’t know who the 4 people that beat him were, but I know they all took place when he was a Sophomore in 1999. That season, he battled a severely injured ankle and the injury was at it’s peak at the state tournament. I know that he lost to Dustin Dunton from South Tama and he placed behind Dave Dyke from Eddyville-Blakesburg for 3rd and 4th, but I don’t know if they wrestled. He was on crutches on the podium. He was hurt bad.

Watts became Davenport Assumption’s first 3X State champion and he was the only one in the school’s history until Julien Broderson joined him in 2019. 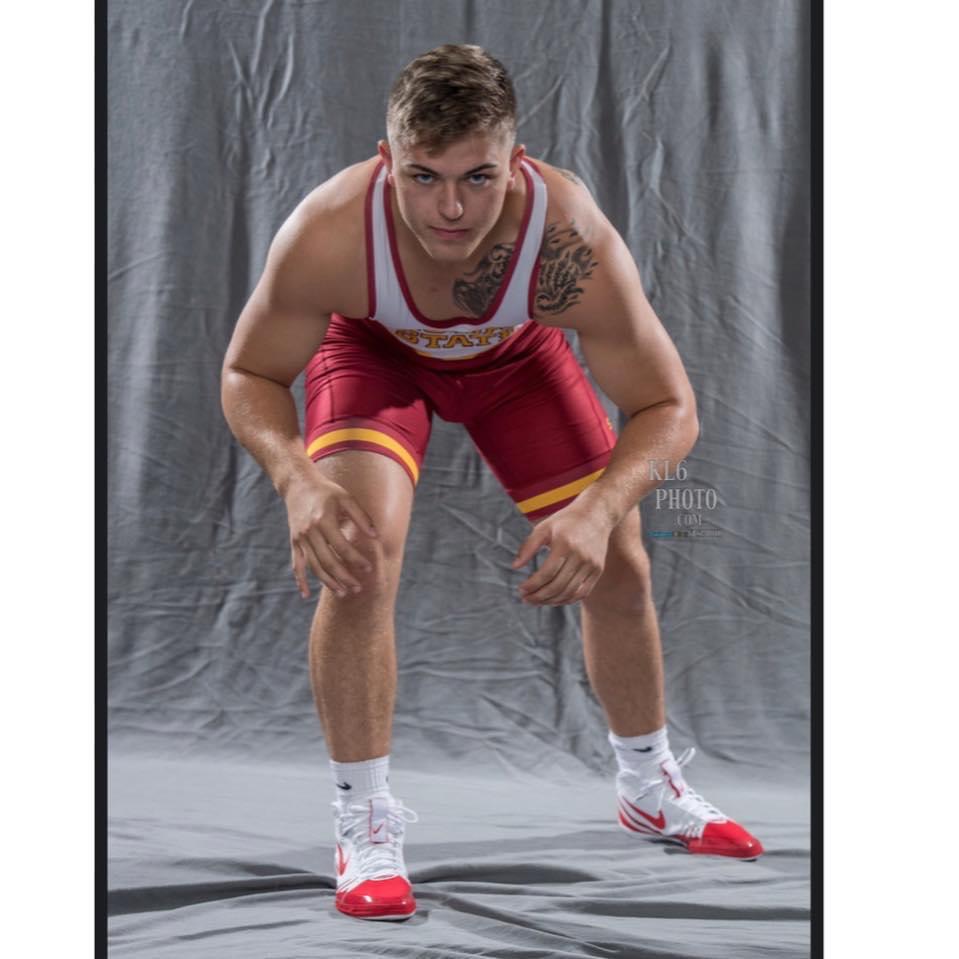 Julien Broderson won his first state title as a Sophomore in 2017. His season finished in a cool way, for he had two losses that season early on and avenged both. He avenged his loss to Dyersville-Beckman’s like Hageman in the district finals and avenged his loss to New Hampton’s Luke Gorman in the finals at state… so he got them when the stakes were highest. His Junior and Senior seasons consisted of just…dominance. He just seemed to kill everyone. He finished his career with a record of 171-18. 2 of those losses were in his Sophomore year, the other 16 took place when he was a Freshman, in which he competed at 170 that year…a notoriously difficult weight to compete at for a Freshman. That was the only year he didn’t win it. He was a district qualifier though. The last 3X State champion who began his career at 170’as a Freshman was a guy from Union who graduated in 2000. His name was Trey Clark, and back then, the weight was 171, but same difference.

*Note: I made this highlight reel for Julien last year. If you want one of these done or know someone who might want one, get at me because they are my favorite thing to do. What sets them apart from other highlight reels are the intros, parodies and stories I try to tie into them. I am currently working on one for possible 3X State Champ if he wins it next year, Aidan Norman from Cascade.

Wrestlers can talk all the smack they want about basketball players, but you what they have on us? Their athletes would undeniably be better at wrestling than our athletes would be at basketball. Our guys are typically short. You got a lotta these dudes who win their 4th titles at 126 lbs, but if you put them into a basketball game, the 6’4 dudes will block every brick they try to put up. And their 6’4 dudes, if they wrestled would resemble 6’4 Trey Clark from Union. Trey won 171 lbs as a Freshman in high school, which is a rare feat. He finished with a record of 126-3. H won state in 1997, 1999 and 2000. The only year he didn’t win state was his Sophomore year… he was eliminated from state that year. He was injured…therefore he and Watts have that in common.  If we were to pick a basketball team as we only had the group of Iowa HS wrestlers past and present to choose from, I’d pick Trey Clark first. I think he could compete on the basketball court.

Next post: Who Is The Iowa HS Wrestling GOAT?!? The Case For Dan Knight, Clinton