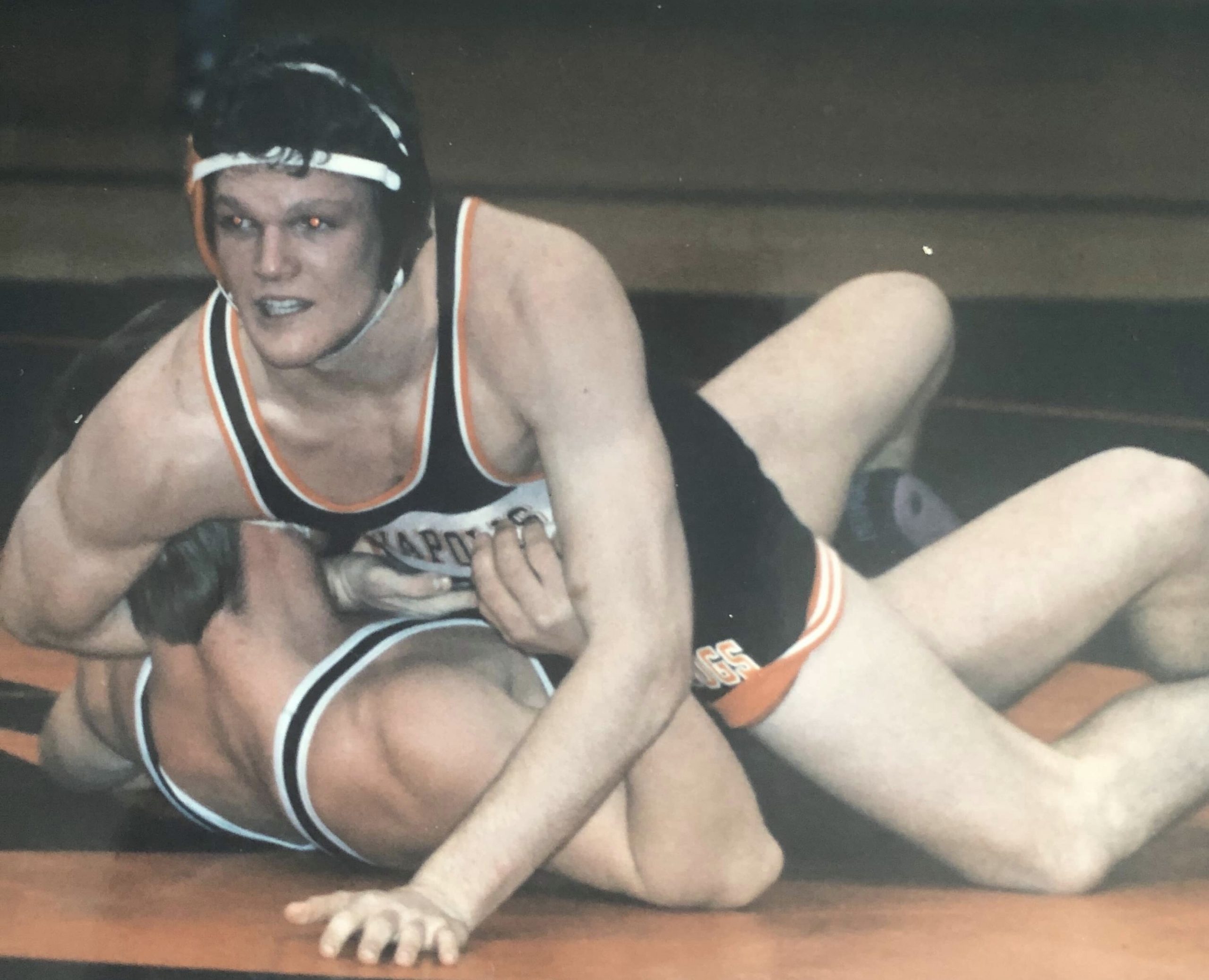 Ryan Cummings won 3 state titles. He won them in 1991, 1992 and 1993. The interesting thing with him was that the title he won in 1991 was in Minnesota. Being a vocal Mepo Wrestling alumni and lifelong fan myself, I idolized Ryan. The entire community did. He filled up the stands by being so fun to watch. Some Mepo people who didn’t normally follow wrestling would make it a priority to watch home meets so they could witness him wrestle. He was a big deal back then. In 1992 and 1993 he was so dominant that sometimes it just looked like he was able to control every facet of the matches he wrestled. It was magical. The only year he did not win state was when he was a Freshman in 1990… He did qualify, though. This was at Mepo. The only year he wrestled in Minnesota was 1991.

Tom Peckham won state titles in 1960, 1961 and 1962. The only year he did not win it was his Freshman year. He got defeated first round at state against Bill Block from Maquoketa by a score of 4-4… referees decision. The ironic thing is that the referee was Harold Nichols… Peckham’s future college coach at Iowa State. 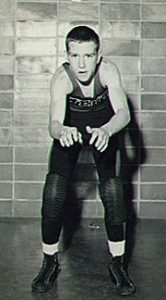 Dan Gable. We all know pretty much everything about him because he is an icon in the sport of wrestling. Ok fact, I would say that he is THE icon I The sport of wrestling. He has influenced everyone from Royce Alger to Ashton Kutcher to The Brands Bros. to Tom Cruise. He is a universally respected guy and crosses the line from the wrestling world to the mainstream to a certain extent. Gable only had one loss in his high school and college career combined. This was not in high school. He was undefeated for Waterloo West. So how did he not win 4 state championships? To my understanding, it’s because Waterloo West would not let Freshmen wrestle varsity. He is the first flawless wrestler to come from the state of Iowa in terms of record. 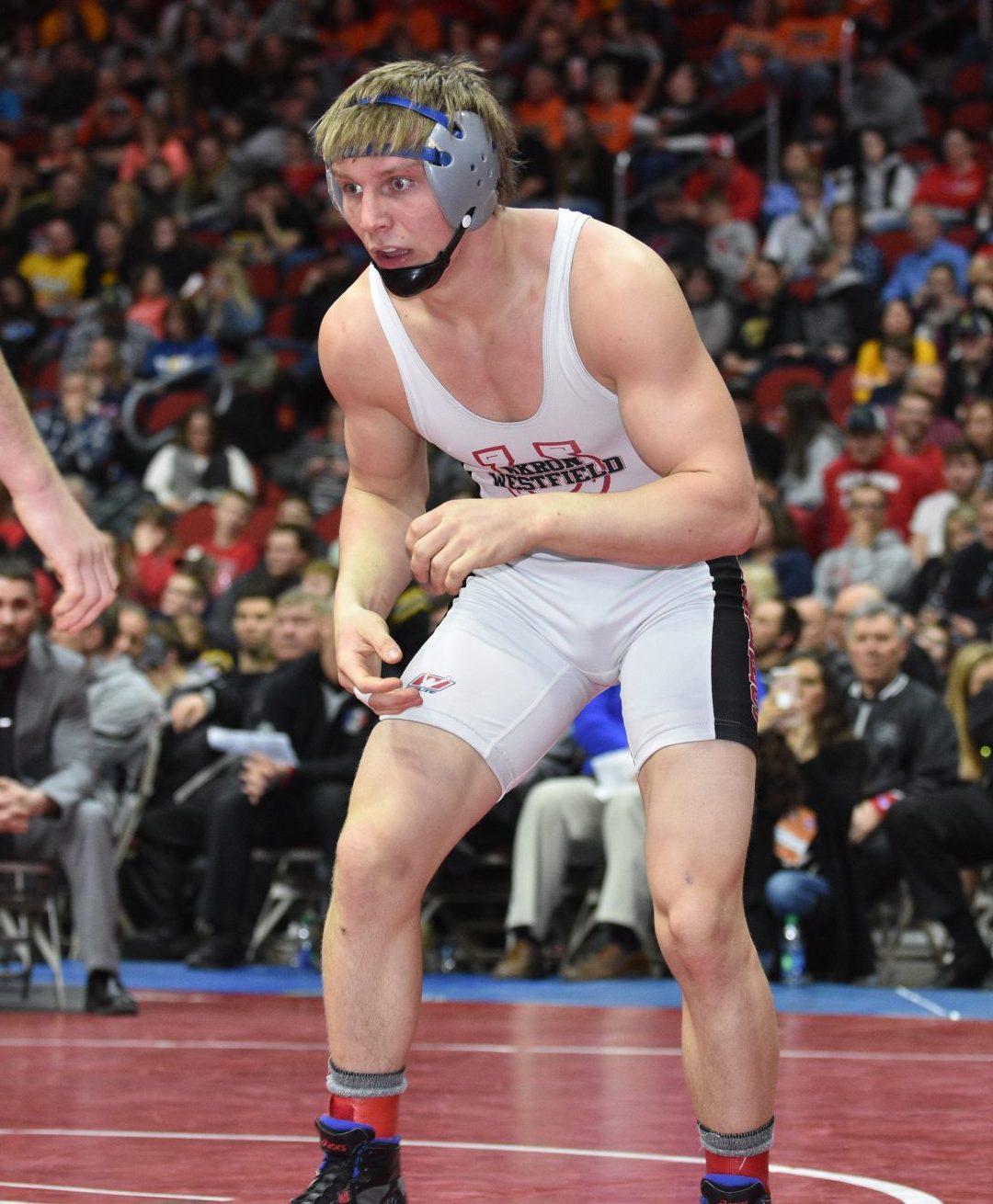 John Henrich was a 3X state champion who was undefeated in the state of Iowa. In fact, he only gave up maybe 15-20 points total in his entire Iowa career. 7 of those points were in one match. 2 of his 3 finals opponents are now 2X AA’s at the D3 and NAIA levels. He beat Jacob Krakow from Iowa Valley-Marengo in the finals as a Sophomore and Jacob has been an AA for D3 Loras 2 times now. He defeated Brennan Swafford from Mediapolis 8-7 In the finals his Junior year. Brennan was an AA as a Freshman and then won it as a Sophomore at the NAIA level. He defeated a Freshman named Carson Tenold from Don Bosco who likely will go on to do big things when he was a Senior in 2019. The only year John did not win state was his Freshman season. He placed 3rd in South Dakota. And before you try to say that SD doesn’t produce good wrestlers, I’d just like to tell you that Lincoln McClravy says, “hi!” 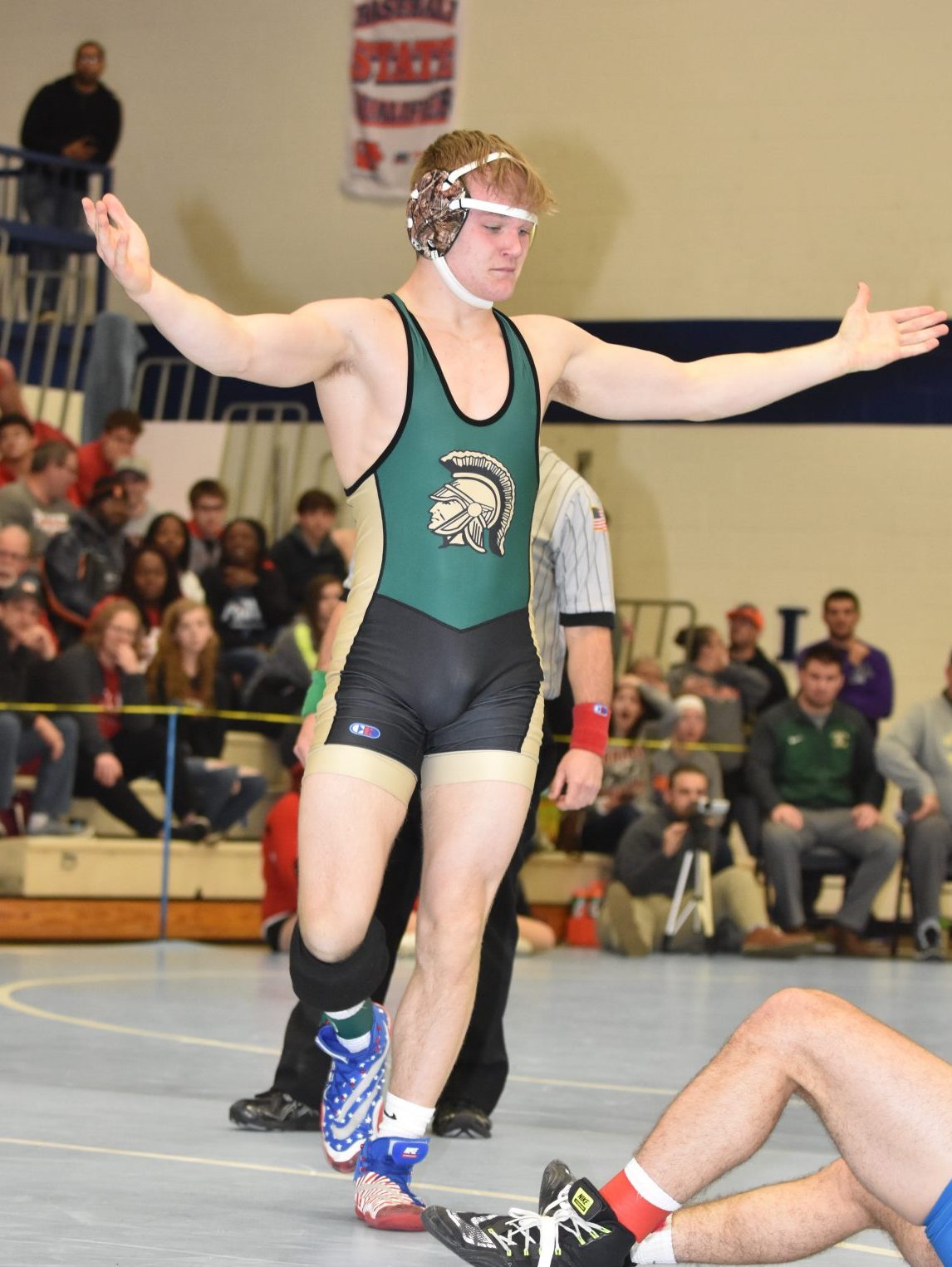 Nelson Brands won state titles his final 3 years of high school in 2016, 2017 and 2018. And he looked pretty dominant in the process, really. All 3 brackets he won had some tough guys in them. Nelson Brands did not win state as a Freshman in HS. He just hadn’t quite turned the corner and reached the level that most of us have seen from him since at that time. Nelson was not the same wrestler at the end of his Freshman year compared to the Wrestler he was when he won state as a Sophomore. He raised his game immensely in that one year. Heck, he wasn’t even the same guy from the first tournament of the year at Burlington compared to how he was wrestling at the end of the season. I watched him.. he had a nice win over Mepo’s Mason Buster at that one, but he and Mason were both kind of wrestling sloppy at various points of that match. Somewhere along the line that season, something clicked for Nelson Brands. I think there were two huge wins for him that helped him get the ball rolling. 1.) His victories over Clint Lembeck from Xavier at the MVC and state finals were huge. Lembeck was a proven badass. The real deal and everyone knew it and Nelson beat him twice. It was huge. Probably the biggest win of his career was his victory over Zach Barnes from SE Polk. This one was likely a big one for him mentally, for I watched Nelson a lot from the time he hit the AAU circuit in 6th grade and if it was one person that used to give him the worst fits, it was Zach Barnes. I’ve beliefs ever since that those two wins were integral for his development. Never underestimate the power of confidence.

His Freshman season, if memory serves me correctly, he was in a pretty stacked 126 lb district with Skylar DeJong from Osky, Colten Mertens from Mt. Pleasant and Cam Sadeghi from Keokuk. He placed 4th behind all 3 of those guys. Wasn’t the same kid a year later. If he had made that jump his Freshman year, who knows what would have happened?

INTERESTING CONNECTIONS/PARALLELS BETWEEN THESE FIVE:

* Nelson Brands and Ryan Cummings are both sons of twins; Terry Brands and Dan Cummings. Both are legendary coaches and both are in the Iowa Wrestling Hall of Fame.

* Dan Gable and John Henrich were the only 3X state champions that I know of who capped off their wrestling careers in Iowa with undefeated records. Gable was 64-0. John Henrich tmoved to Iowa from South Dakota where he placed 3rd as a Freshman. He never lost a match as an Iowa HS wrestler and gave up a cumulative total of 15-20 points in 3 years.

* Tom Peckham has been referenced several times by Dan Gable as “an inspiration and the guy whose style he wanted to emulate.” Both were national champions for the Iowa State Cyclones.

* In the 2018 160 lb. finals, Nelson Brands and John Henrich wrestled their finals match at the same time, Nelson for 3A, Henrich for 1A. The opponent Henrich defeated 8-7 in that match was Brennan Swafford who was coached by Dan Cummings. Brennan’s only other loss of that season was first tournament of the year vs. Nelson Brands.

* Ryan Cummings wrestled for the UNI Panthers and qualified for the NCAA tournament one year and met up with legendary Iowa Hawkeye, Lincoln McClravy first round, whom he lost to as most did. Lincoln’s Coach was Dan Gable and he was originally from the state of South Dakota, just like John Henrich.

Next post: Who Is The Iowa HS Wrestling GOAT?!! The Case For Nick Moore, IC West