Who Is The Iowa HS Wrestling GOAT?!? The Case For Jay Borschel, Linn-Mar 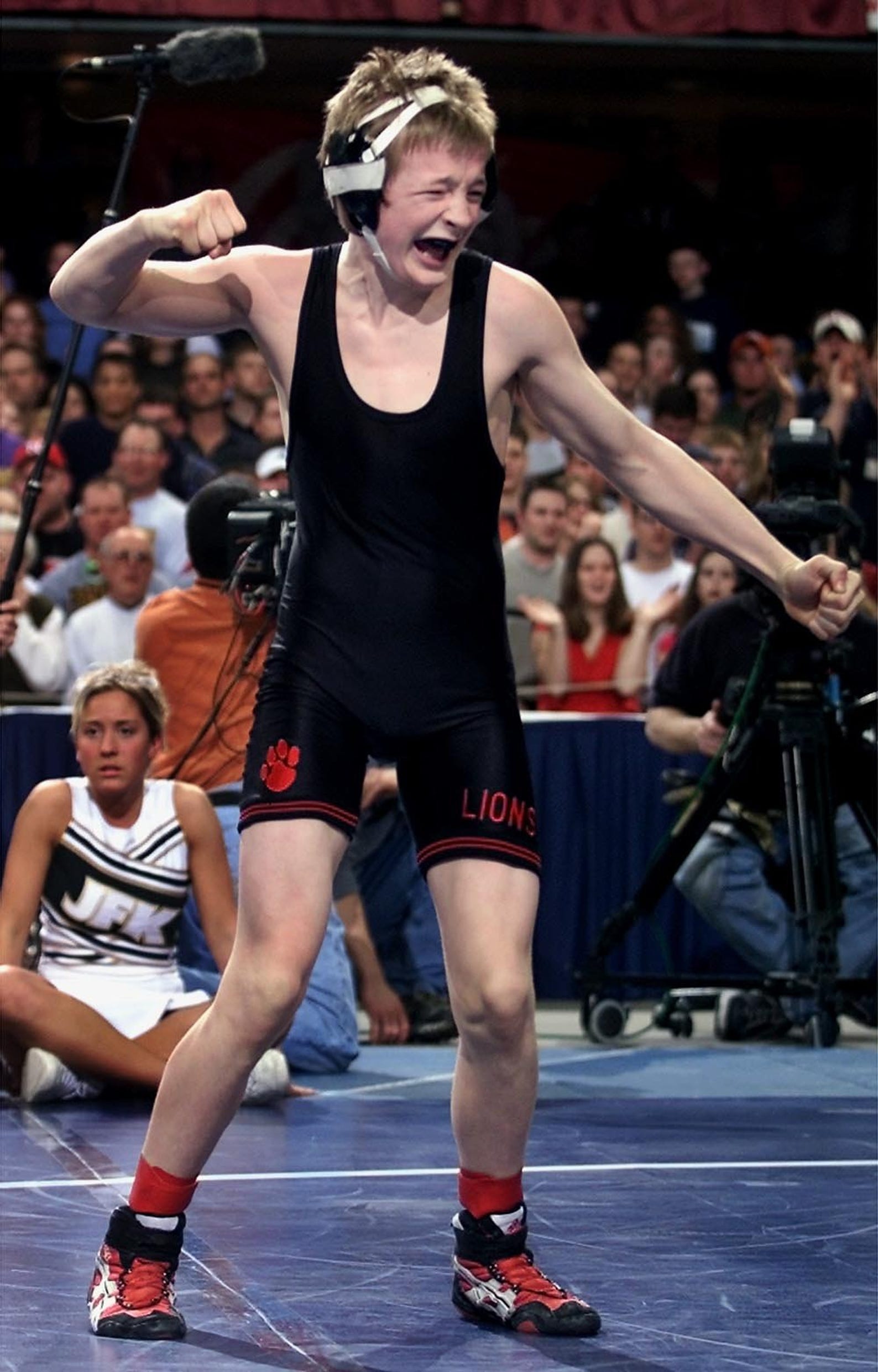 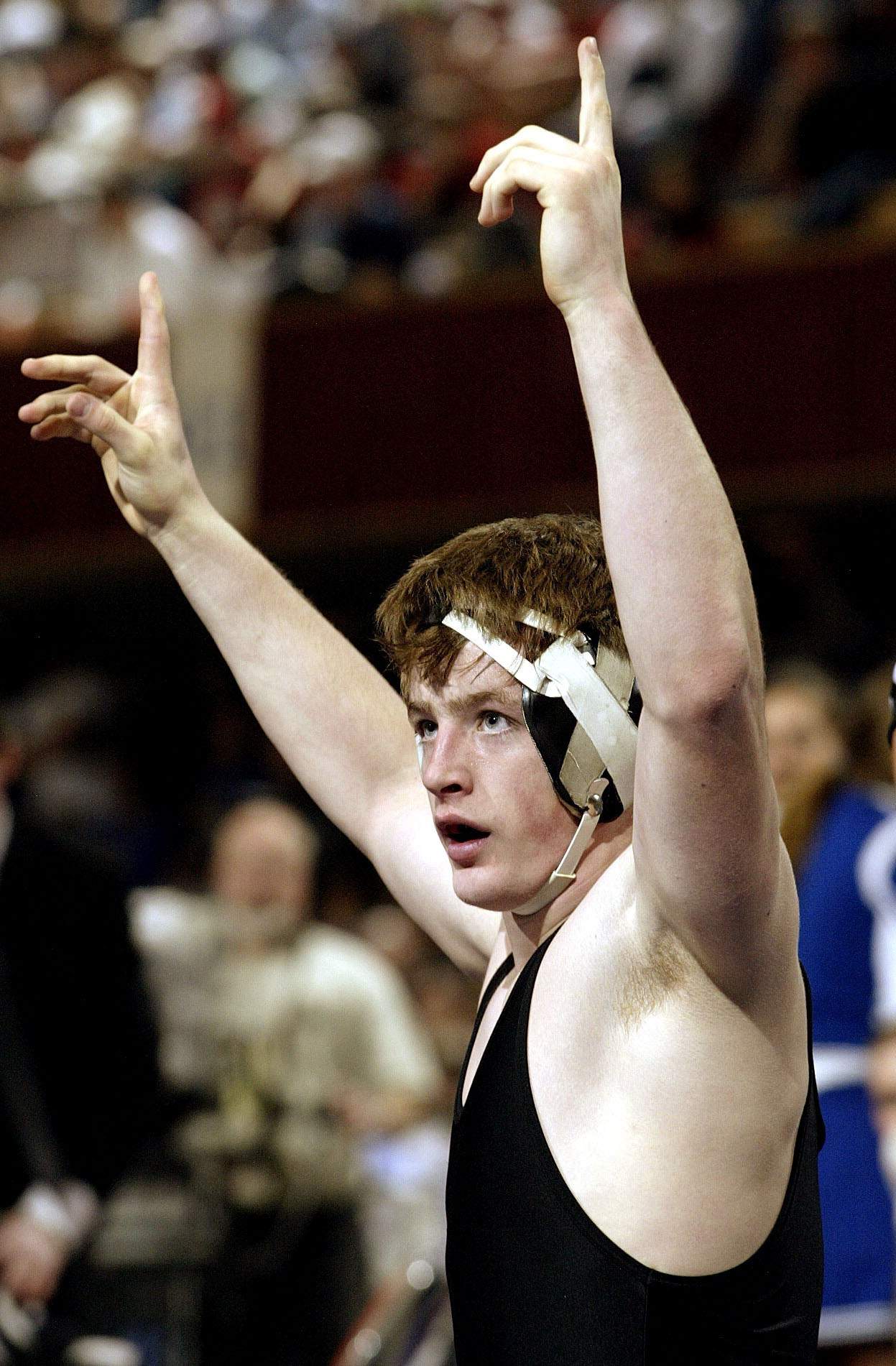 I conduct all kinds of hypothetical/“what-if” situations when thinking about wrestling and one of the most common “what-if” scenarios I brainstorm and have for years, is “what if I was a scout, GM or recruiter for a high level wrestling program…? Who would I recruit every year and what would be my basis for doing so?” I go through this every year and to be honest (and please understand, I generally critique myself pretty harshly and have a difficult time giving myself credit for anything), this is one of those few areas in life where I am 100% confident that I would succeed. I generally nail these.

Every scout, recruiter, coach, etc. has their personal checklist on what they personally look for in a recruit. Most are pretty similar and my own checklist is no different, but what differentiates most is how much stock they put in to which areas. I know that two areas that I place a much more heavy emphasis on than most recruiters are “athletic upside/measurables and adaptability.” Some of the others are; results/accolades, health, consistency, academic performance, character, are they battle-tested, dedication, mental toughness, etc. With that said, I don’t know if there has ever been a HS wrestler to come out of the state of Iowa who has checked all the boxes more smoothly than Jay Borschel coming out of HS. Let’s go through some of the things that made him just totally stick out as an absolute “can’t miss” recruit.

1.) Accolades/Results: Borschel was a 4X state champ, was an AA at various national tournaments, finished with a career record of 163-1 with 95 pins… his one loss being in his Freshman season. CHECK

3.) Health: Sadly, injuries derail a lot of promising careers and while it seems kind of harsh to knock a recruit heavily based on something unfortunate that happened to them that was beyond their control, the reality is that health is undeniably a huge factor that determines future success. Borschel had no injury concerns that I can recall.

4.) Character: If you read or listen to any interview from Borschel dating back to HS, it didn’t take long to be convinced that Borschel was a high character guy and wouldn’t be likely to have any “off the mat” issues.

5.) Academics: Borschel was a 3X honor roll student and a Wrestling USA scholastic AA. There likely would not be anything to worry about with Borschel in terms of eligibility.

6.) Was he battle-tested? Check out the place-winners of the 4 weight classes that Borschel won in HS and try to count the state champions, future NCAA AA’s, multiple high placers, etc. that were in his brackets and also keep in mind that Linn-Mar has always wrestled a tough schedule during the regular season… Yes, Borschel was battle-tested and he was borderline flawless…

7.) Adaptability: This is where Borschel just totally wins me over. Borschel won state titles at 103, 125, 152 and 171. He won it as a lightweight, middleweight and upper-middleweight. That is one of the most impressive accomplishments in the history of Iowa HS wrestling and it is a direct indicator of his unbelievable ability to adapt to win. When I was a Freshman in HS, I wrestled at 112. When I was a Junior in college, I wrestled at 197. I know firsthand (and from a significantly lower skill-level when compared to Borschel) that the wrestling game changes from the weight ranges you occupy. It’s a totally different game wrestling as a lightweight when compared to a heavier weight and not everyone can learn to make that transition smoothly. And Jay Borschel is the poster boy for being able to win at different weight ranges. No one did it better than him. Some other names that come to mind who  performed at high levels in HS at lower and upper to upper-middle weights are; Drew Foster from Mepo (113 as a Freshman, 2nd at state as a Senior at 160, NCAA National Champ at 184), Willie Miklus from SEP (2nd at 119 as a Freshman, 1st at 220 as a Senior, 4X AA at the D1 level in college) and Evan Hansen from Exira-Elk Horn-Kimballton (was 113 or 120 as a Freshman and won state at 182 as a Senior. He was a 4X NAIA National Champion for Grand View at 197). As you can see, when guys are able to prove that they can wrestle and do so successfully at different weight ranges, their bust-factor is low and it becomes very likely that they will succeed at the next level because of their cunning ability to adapt. When Borschel did this, it spoke volumes in terms of how good he was.

So with all that said, with my little hypothetical recruit grading scale for my imaginary job role that I will never occupy of being a scout/recruiter, Jay Borschel grades out perfectly. In fact, I don’t believe there has ever been a better recruit coming out of HS than Jay Borschel considering he checks so many of what I believe to be important boxes. With that said, if there were to be some sort of draft with every Iowa HS wrestler ever and none of the people drafting were to know the outcomes of how they ended up doing at the college level… If I were to have the first overall pick, I would confidently select Jay Borschel. You just can’t miss with a guy like that. He was a “sure thing” to accomplish something at the next level… and he did… he was a multiple AA and D1 National Champion for the Hawkeyes.

Does Jay Borschel have a case for being the Iowa HS Wrestling GOAT?!? DUH! That is an absolute no-brainer.

Next post: Who Is The Iowa HS GOAT?!? The Case For Carter Happel, Lisbon