Who Is The GOAT?! The Case For Alex Thomsen, Underwood 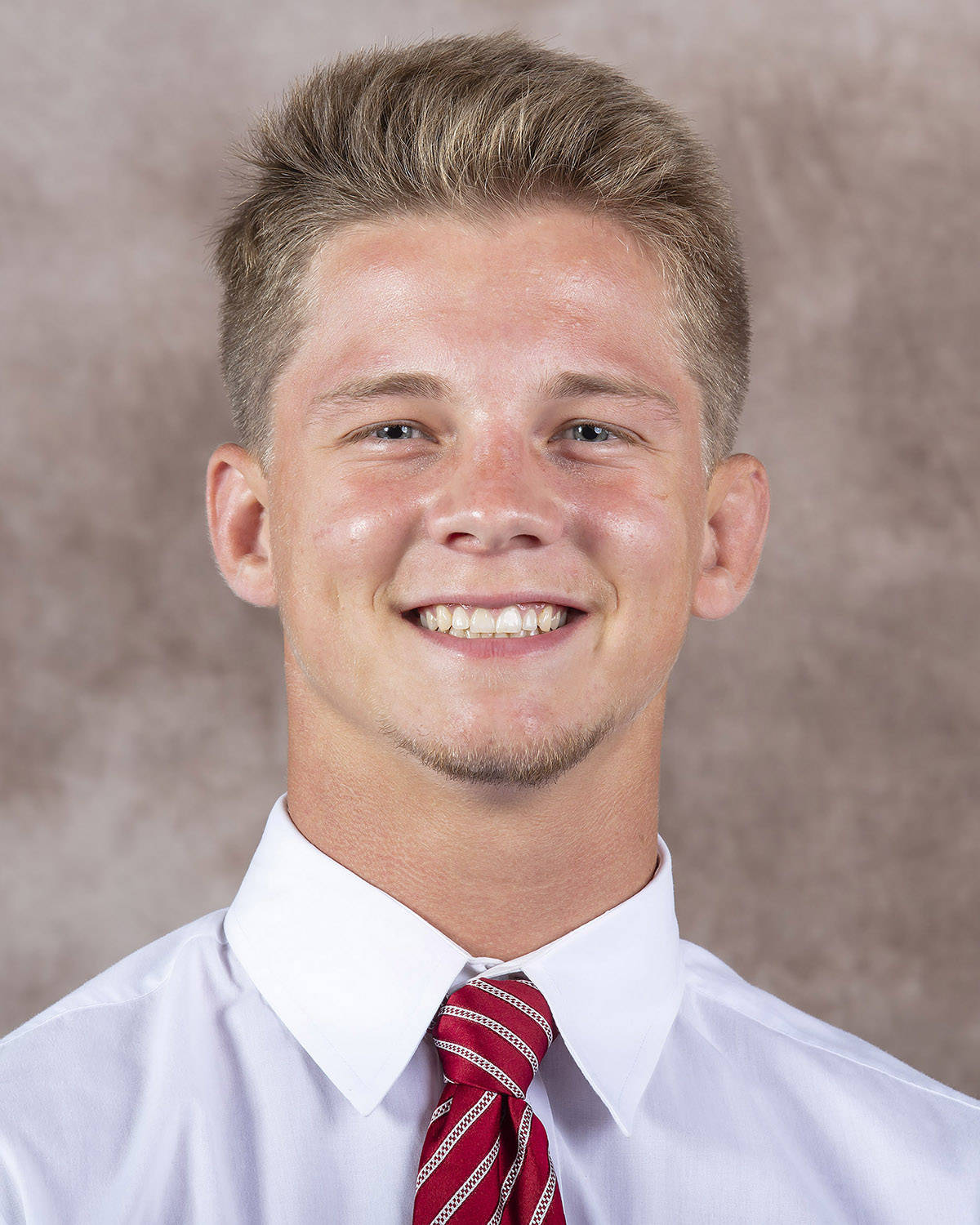 Alex Thomsen, Underwood. I’m sure no one has forgotten about him yet… heck, he’s still kicking it at Nebraska. I remember THE MOMENT this kid showed everyone that he had stepped up a level compared to the other guys in the 2018 class. The moment he separated himself from the pack and he dug through some frustration before reaching that point. He was in my brother, Brennan’s grade so I saw hundreds of his matches over the years. He was always one of the top guys at his weight since he was a Pee-Wee, but had a little lull in there around 5th grade where he went 0-2 at state, losing to a couple guys he would normally be capable of beating with his eyes on most days. I remember when that happened… I was reading some of the wall charts and heard an interesting conversation about it.. Some of the funniest and most interesting conversations I’ve heard in my life has taken place while tuning in to people talking to each other near wall charts. In this conversation, a guy said, “man, you see Alex Thomsen is already beaten out? I didn’t see it coming, but I think it’s fair to say that kids have finally caught up with him and that we won’t be hearing much from him much more in the future.” The other guy agreed. I wish I would have recorded that…. that prediction aged so poorly that it is just…hilarious. They were saying this about Alex Thomsen after he had a bad tournament as a 5th grader… a 5th grader….. Wow.

Alex bounced back and re-raised some eyebrows when he won state as a 6th grader…However, it was a match he won in the semifinals as a 7th grader that started getting people chirping about Alex being “on another level.” He had an OT win in the AAU semifinals over a guy who was considered by a large percentage of people at the time as the best guy in the entire 2018 graduating class alongside Anthony Sherry from Glenwood and Drew Bennett from Fort Dodge. That kid’s name was Gable Sieperda, from Central Lyon and he became a wrestling stud and Cross Country legend in HS. As a 7th grader, Sieperda was cruising. It seemed like he hadn’t taken a loss to a guy in his grade in years. He seemed impossible to score points on and had an offense, to boot. When those two met up as 7th graders, the entire crowd started roaring in a manner that I can only recall having the same electricity 2 other times at AAU in decades prior to… one being my brother Justin Swafford’s finals match vs. Mack Reiter when they were in 7th grade and the other being when Cory Clark and Thomas Gilman met in the semis at state as 8th graders…. Thomsen vs. Sieperda was a big deal. And when Thomsen pulled off the win in OT, there was so much buzz in that arena. Everyone was watching that match. And after he won, I’ll never forget it… Alex did that confident, Hollywood walk that he became notorious for in high school (Alex Thomsen had more mat-swag than about anyone I had ever seen, that’s for sure). He wasn’t cocky, but you could just tell he was confident by how he carried himself… And after he got his hand raised, he calmly walked back to the corner as if he had no doubt in his mind he was going to slay that dragon. Most people were surprised…Southwest Iowa wasn’t. Golden Eagles people weren’t surprised. Head Academy folks weren’t surprised. The Cobra club in Council Bluffs knew it was coming. The Berley Boys knew what was up. SW Iowa called that shot. They were the only ones. And with Alex, his wrestling game was so smooth and fluent that he made it look cool. It was all business and he did it as if he were some Hollywood badass like James Bond. Put it this way… if all the 4 timers were compared to Mortal Combat and Street Fighter (those are video games for those of you who don’t know), characters, Alex Thomsen would have Johnny Cage on lockdown. You expected him to put on sunglasses immediately after his matches finished. The kid is has such versatile athleticism, he would have surely been a multi sport athlete had he not been so set on wrestling. 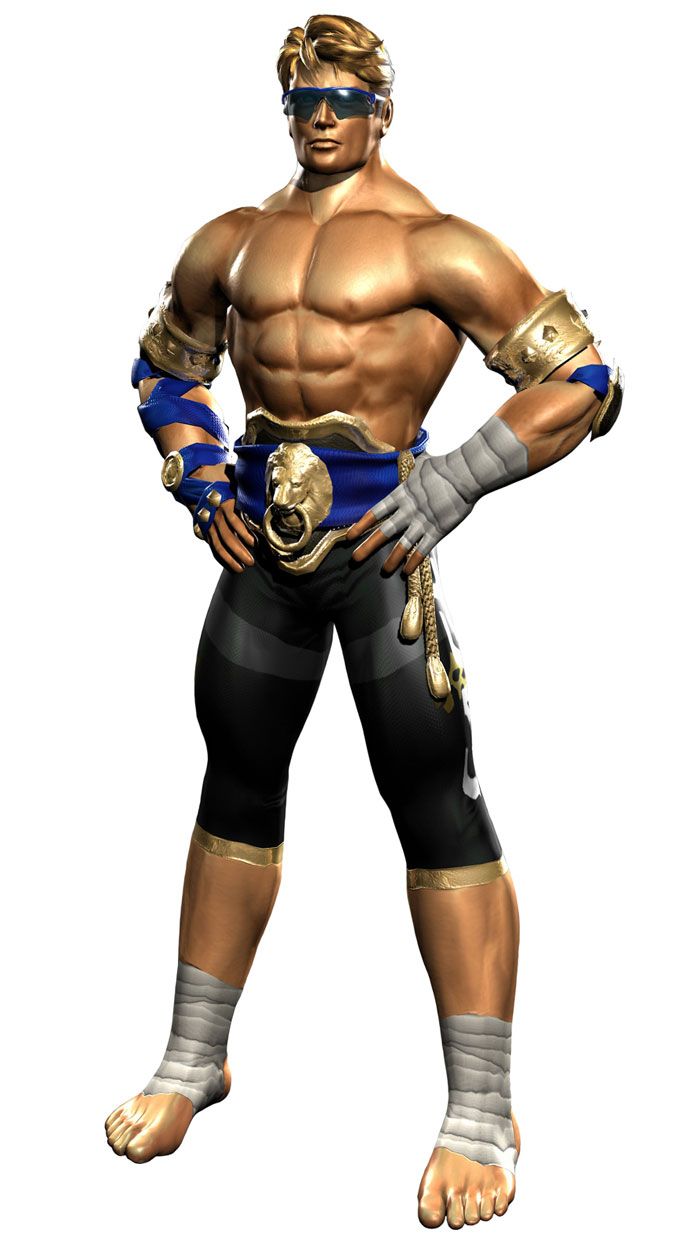 Then the next year, Alex started making waves on the National scene. He and my brother were on the same DC Elite NUWAY Duals Team and Alex was like a “for sure” win every match. No matter who they were wrestling, we knew we would win with Alex… the only guy who seemed to give him fits that year was a kid named Rhyker Sims from Sergeant Bluff-Luton. Not sure what that was all about, but I am pretty sure Alex raised his game another additional couple levels after their rivalry. He got beat for 3rd and 4th at state in 8th grade by Grant Stotts from Valley by a score of 1-0… that was a match that kind of needed 6 minutes to get a clearer comparison between those two… Alex placed 4th that year and it was one of the biggest surprises of the tournament, but everyone knew dang well that he was the real deal… Ironically, Brody Teske placed 3rd his 8th grade year… Teske, as you’ll read later is someone who Thomsen became forever linked to in high school.

By the time Alex was a Freshman, he started out impressing so many people with so many big wins that people started doing what seemed like the unthinkable at the time… they started debating who would win between Alex and the returning state champ from Highland, Drew West… This was considered unthinkable at the time, for the West twins had been so dominant and so acrobatic and fun to watch for 5 years leading to that, not only on the state OR National level, but the WORLD level… and Alex was making people actually believe that someone could actually defeat one of the West twins at state… and he did it in the quarterfinals at state as a Freshman… While Bryce West’s only barrier to perfection at the state tournament was Joshua Portillo from Clarion-Goldfield Dows, West’s barriers were Alex and Michael Blockhus. My goodness that group of guys had some WARS.

Fast forward to Senior year. Alex was an undefeated Senior… not for the season, but for his CAREER. If he finished his season undefeated, he would join the likes of Jeff Kerber, Dan Knight, Jeff McGinness, Eric Juergens and John Meeks as undefeated 4X state champions… the catch was, there was another guy in his grade that was on the path to doing the same thing. His name was Brody Teske from Fort Dodge and he just so happened to be at the same weight as Alex and it just so happened that Underwood and Fort Dodge were scheduled to meet twice… once at the Council Bluffs Invite and once at the CR Jefferson Invite. Those two guys earned the respect from EVERYONE when they decided to not dodge each other in either of the matches. The fans wanted that match and were almost skeptical that it’d actually take place, for both guys had so much on the line and if they wrestled, one of them was going to fail to go their entire careers without a blemish. Long story short, Teske had a huge scare in the semifinals vs. an out of state kid and showed up in a big way when he beat Alex in the finals. I’d say at the time, the predictions seemed to be 75-25 in Alex’s favor… And shortly after, those two were scheduled to meet again at the CR Jefferson Invite and despite the fact that Brody Teske could have very well chosen to just sit that one out and essentially secure an unblemished HS career, he chose to attempt to silence the skeptics and a second battle did, in fact take place. Alex won the second matchup. Both of these matches were absolute barn-burners and those two deserve eternal credit for their courage in putting it all on the line like they did, for not every wrestler, even at their level would have been brave enough to do that. If there are two wrestlers who should be universal fan favorites given their willingness to give the fans a show despite what they had on the line… it was Teske and Thomsen.

Does Alex Thomsen have a case? He won 4 titles, he only lost one time at the hands of another 4 timer, he was a Junior Fargo National Champ In Greco, he placed multiple times in other various national tournaments and won a couple-few folkstyle national titles. You are fooling yourself if you believe Alex Thomsen does not have a case.