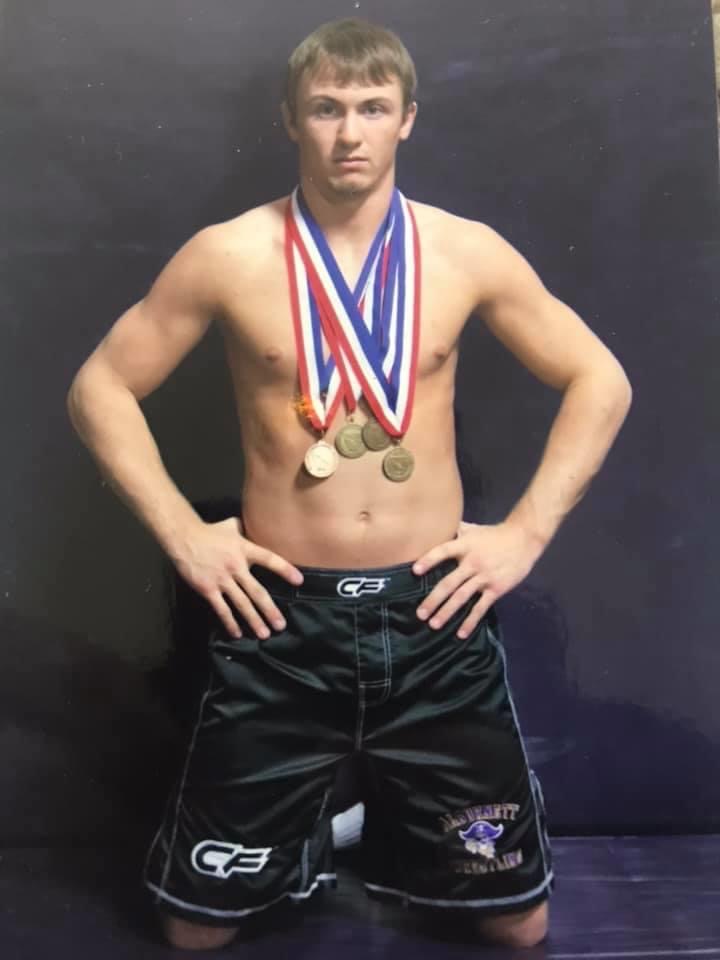 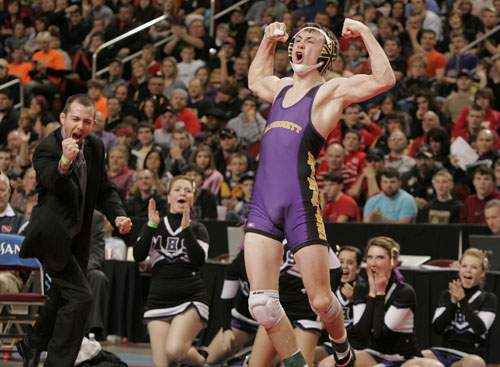 My mom and dad had 4 boys. Me (37), Justin (35), Shea (23) and Brennan (21). Obviously, quite the age gap between the first two and the second two. I’m telling ya, if I wouldn’t have bought my parents that dang Boyz 2 Men CD, the younger two may not have happened. Anyways, this was unique, for it was like when Justin and my careers ended, Shea’s and Brennan’s began. And so many things changed from Justin and I’s youth days to theirs. For one, they started a state tournament for the Kindergarteners-2nd graders called Super Pee Wee. We didn’t have that and I was amazed at how good some of those Kindergarteners were. One thing that stood out immediately was that there was a purple squad that you saw everywhere. They had like 70 kids and their fanbase was 100% excited with what they had going on. You could tell. They were so happy for every one of their guys who did well, and all of them seemed to do that. I wondered who this team was and asked someone. “That’s Alburnett… a club from a small town in Alburnett, IA. They are a future powerhouse.” This was so interesting and cool to me for I hadn’t even heard of that town until then. I love it when something sparks in a small community like that. Later, I learned that a lot of them practiced at a facility called “The Barn” and it was orchestrated by a man named Shulista… an apparent genius wrestling coach. And he had two sons, Conner and Tyler… Tyler being the oldest. And they were both studs. Alburnett Wrestling is one of the most impressive waves that we have seen in the new millennium, for they were homegrown and had so much depth and talent at every weight. In that era of youth wrestling, Alburnett, Mepo and Fort Dodge were the best “home grown” programs that you don’t see as often anymore. And Mr. Shulista is the primary mastermind behind that. Let’s hear about his son, Tyler!!!

My dad wrestled but never made it to state. My younger brother Conner was a 4 time state place winner and 1x state champ. 4th, 4th, 2nd, 1st.

Freshmen year making weight was my biggest and most adverse challenge. Also losing in the semi finals freshman year and getting through adversity and coming back to get 3rd.

Sawyer Farris beat me at state freshman year and never beat me again. Other losses were to a few 3a guys.

Every one of my coaches had influenced me in their own way.

Yes we went to state duals my junior and senior year and we placed 3rd 3 years in a row at the traditional state tournament.

Alburnett had so many great wrestlers for a long run there… who are some of the best guys to come from Alburnett wrestling?

Winning 4 state titles instead of 3.

Wrestled most of the year but took breaks as well.

Most guys today wouldn’t stand a chance maybe that’s biased but the kids aren’t as tough now as they were back then.

It has taught me to never give up always keep working hard.

Coach Mat Pack and high school all at Alburnett .

Never give up and say you can’t!

Probably not but never say never

Ike light, Kane Thompson, Matt Ironside, Charlie Falck. Thank you guys for all your dedication in helping me and getting me to where I am today! Coached by some of the best guys out there!

Next post: Who Is The GOAT?! The Case For Alex Thomsen, Underwood

Previous post: Who Is The Iowa HS Wrestling GOAT?!?! The Case For Jeff McGinness, IC High