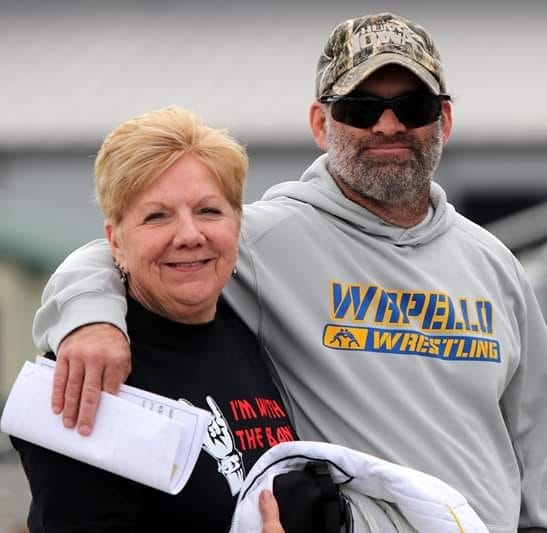 With everything that I post on facebook, I generally read everything to see how it is received. I pay attention to who liked what and how many likes there were and how many times it had been shared and how many likes the shared posts received and it goes on.  I look at everything. I read every single comment. I can’t help myself.  Mostly, I just want to make sure that I didn’t make any glaring mistakes that people comment on.  I want to just make sure that it didn’t suck.  There has been a post here and there that has provoked an unfavorable response where someone just thought it was too personal or I wrote down an incorrect result or I spelled someone’s name wrong.  The first person that I noticed being vocal with some of these criticisms was from some of the comments I read from Jay Shafer towards the beginning.  And this didn’t upset me at all. Jay has always been nice to me when I’ve spoken to him. He has a lot of life experience and he’s always been willing to give me his perspective and advice, simply  because he likes to be helpful, I assume. In fact, there have probably been 5-10 times in my life where I was going through a hard time, and no one reached out to me to give me advice except Jay Shafer, for he has experienced some of the same life situations as me… and it’s not like Jay and I know each other THAT well or anything, but regardless, he was just willing to help… Because of that, I think he’s a pretty good guy. His criticisms are his opinion and I chose to use them as constructive… for he had a point. Basically, the criticism in a couple of these was that in the intro(s), I went a little too overboard and crossed a line to where I was flat-out kissing someone’s butt in one of them and in one of them, I started to make it too much about myself. I appreciated his honesty, for I was worried myself that they were coming off that way, and Jay confirmed it! I deleted a ton of stuff from an article yesterday because I thought the article was starting to come off the way and I have Jay to thank for that, for I am now keeping a closer eye on it. I look at it this way; if you can’t take criticism and consider the potential validity of it opposed to just getting defensive about it, then good luck ever improving the quality of your content.

And because of his willingness to speak his mind, I knew that it’d be pretty fun when I eventually started putting his own article together, for Jay has an opinion about several things and he is not afraid, in the slightest bit, to express whatever opinion he may have, whether people agree with him or not.  I couldn’t wait to get his take and his stories about wrestling, for I knew he would certainly give it a lot of thought… Which he did.

Jay was a 1992 graduate for Wapello and is a man who is very, very proud of his wrestling experiences and roots, for I think he and I have talked about wrestling roughly every time we’ve spoken to each other. He was there when Morning Sun closed down and joined the Wapello squad that he was already a big piece of. When I was living in Wapello and would go to the local bar, he always treated me with respect and as mentioned, loved talking wrestling and would do so for hours. And he has given back since then. From what I noticed, he is always rooting for the Wapello guys and helps out at the youth and HS tournaments in Wapello. The sport means a lot to him and he has some very interesting stuff to say about it. And you will be hard-pressed to find a last name that is more synonymous with Wapello wrestling than “Shafer.”  Brett, Brian, Jay… They’ve been involved with Wapello wrestling for decades and there has not been a year where there hasn’t been multiple Shafer’s helping out the program in some way.

If you go to the 14:30 mark in this video, you will see Jay Shafer on the podium at state:

If you go to the 3:15 mark in this video, you’ll watch the entire Wapello team accepting their state championship trophy in 1992.  Jay Shafer is the guy who holds the trophy. It’s pretty clear that he was proud to be part of that Wapello powerhouse.

My mother got me started when I was 5.

Both. I have several cousins; Brett Shafer, Brian Shafer, Mike Maddux, my nephew Dylan Schrader who  placed 3 times at state. I also have some cousins who are wrestling currently.

I don’t really remember. My mom took me to a tournament about every weekend from November til’ about April in wrestling, that’s what sticks out.

I would describe it as an old school scramble style. I was very rough and physical with people that I stepped on the line with.

Did the Wapello and Morning Sun wrestlers get along when they first joined forces? Was there a family type atmosphere from the start?

Oh no…. Brock and Ty Wilson knew they were coming to Wapello and Brock hit me up that summer and we hung out all summer to get to know people, along with Ty. It took all 4 coaches in the room to keep the tempers down at times. Believe me, the first couple weeks we had some pretty bad fights, but then Siegel had enough and we had a 4 hour practice where he about killed us all between killers and sprints. Before we consolidated our teams,Wapello and Morning Sun wrestled each other in season for a  dual and it got so intense that they always had 3-4 sheriff deputies there. The turning point with the team’s rivalry was after Morning Sun closed and it became Columbus and Wapello. Coach Bill Plein left as the assistant coach at Wapello to be head coach in Columbus Jct. my sophomore year. It hurt a lot of us, but by my senior year he built a tough program there and the duals with Columbus Jct. became nail biters. Stuff like that really brought the guys from both teams together.

Yes we were very competitive. We became a super power team when we consolidated with Morning Sun-Winfield Mt. Union.

There are a lot could hold that title.

The entire Iowa team are my favorites.

My loss in the quarter finals my senior year. I got called for stalling for circling to the center. I lost by 1 point.

I would have wrestled more in the off season.

Our team winning the State championship in 1992.

My practice partners were my most notable competitors…. Paul Wilkerson and Truckie Harbison.

Mostly seasonal, but I would attend camps in the summer.

I would say we seemed to be more physical then the kids today. So it would be a coin toss.

Yes, a little in the Navy and I would go to open tournaments.

It is a full feeling.

It gave me a “don’t quit and don’t give up” attitude.

I work for TriOak foods.

I run the table when they have tournaments in town.

Never doubt yourself, you can do anything you set your mind to.

I haven’t wrestled since I was 35, but you never know.

Wapello vs Morning Sun… The last time we met, it was in a double duel and was was a barn burner. I can remember that there was standing room only. We were unaware it would be the last time, for the next year it got canceled do to weather. Wapello vs Morning Sun was probably one of the long-lasting rivalries between 2 wrestling teams in history. It dated back to when wrestling started in Southeast Iowa. For these 2 teams to conjoin, it was a lot of tension in the wrestling room.  Rival wrestlers were now teammates and there were new coaches in the room. Once we broke the edge, we became a power house team. The atmosphere in the room changed we became a true team that everyone knew. A team that knew their job and did it.