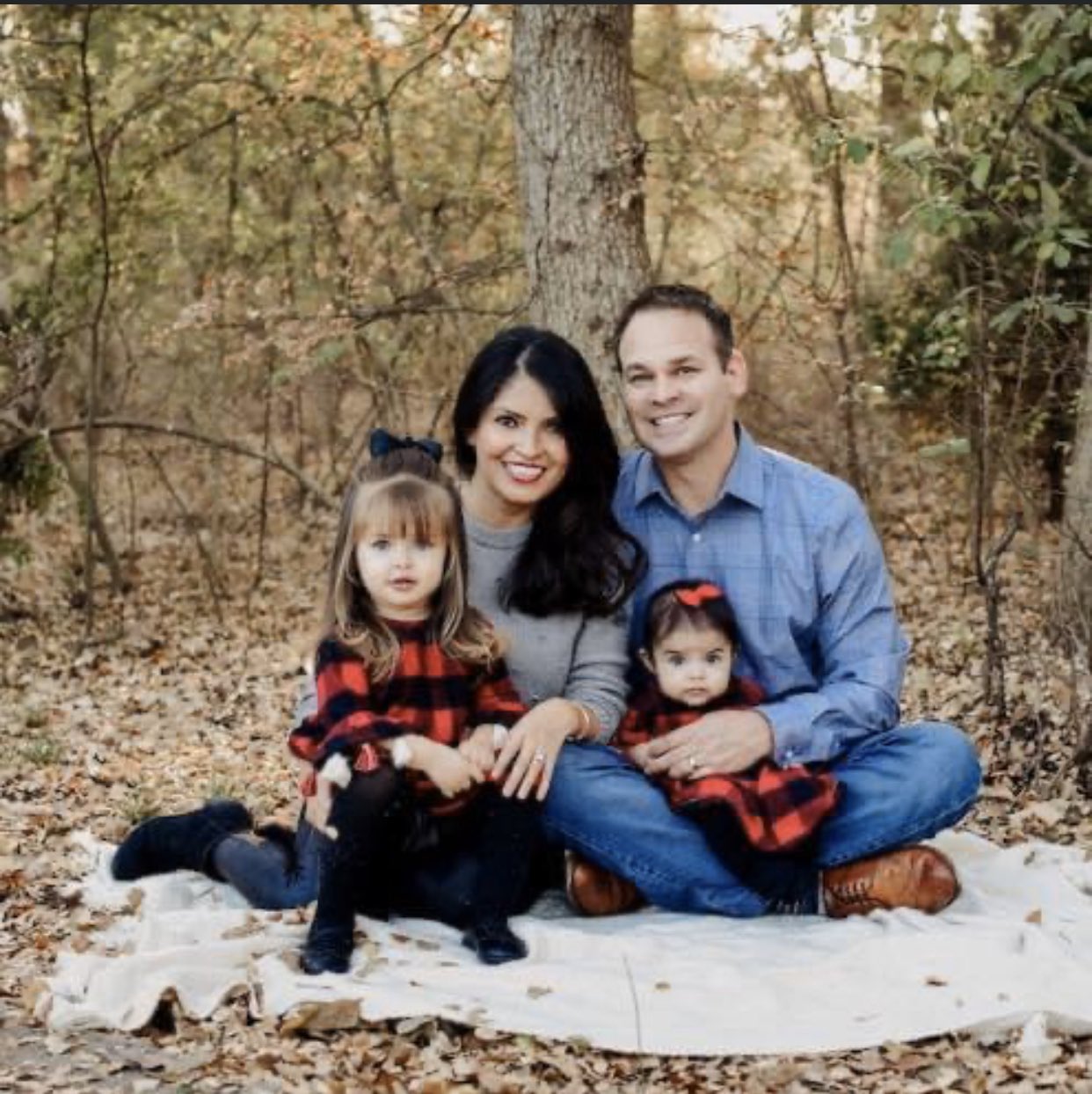 This is the first wrestler from Clarinda that I have written about in one of these and I hope it’s not the last, for Clarinda has produced some seriously good wrestlers. Whenever we (Mepo) met up with Clarinda at state or wherever it may have been, it was kind of like when we met up with South Tama and Winterset…which means it seemed like we only had 1-2 guys who actually didn’t have terrible, horrible, very bad, no good days when we wrestled against them. And it’s not that we were having bad days necessarily. They made us look bad… because they were so good… and balanced. We had a guy who set the Mediapolis career pins record in 1999 (which was broken 2 years later by yours truly 😉 ), and in his first trip to state, he ran into a Clarinda wrestler and was beaten worse than I had ever seen him beaten before. It was against a guy named Erick Schmitt. I have that match on tape somewhere in my house, for I just watched it a couple months ago and I wanted to wait to post this article until I found it again , but I’ve had no luck. I’m guessing one of my daughters did something with it for who knows what reason. Not to mention, this guy was one of my best friends back then and even though he’s the most laid back dudes I know, I don’t think it would be cool of me to post one match of his… which happens to be the worst beating he ever took. Anyways, take it from me, though. Erick Schmitt was really, really good. Along with that, he continues to be very supportive and although I don’t know him very well, if it’s one thing that has been obvious to me in our limited interactions it’s that he loves Clarinda wrestling. And on a side note, this one is hands down, the one that I can personally relate to the most out of any I’ve done so far.

Some of those Clarinda teams of the 90’s and early 2000’s were great and straight up fun to watch, that is, of course if you aren’t watching them while they pinned you as you were simultaneously staring at the rafters.

I started in 2nd grade and some of my buddies were doing it after school. I think I just tried it out to have something to do after school and not have to ride the bus home.

I have a nephew that wrestles in middle school for Glenwood now, but that’s about it. Two other nephews gave it a shot, but didn’t stick.

I mainly wrestled local tournaments in SW Iowa and had some success in those. I didn’t wrestle AAU until 8th grade and think I got bounced in the blood round. A couple guys I remember going back and forth with were Mike Marshall and Shaun Sanden from Atlantic.

6th as a sophomore and 5th as a senior.

Most of my challenges were self-inflicted. Nutrition, cutting weight the right way, etc. Hindsight is 20/20 and there’s a lot I would do different now. I always made weight, but there was an impact on performance as the season went on.

Mike Moreno is one of the best in the game. He knows how to get his teams ready and really relates well to his wrestlers. He cares just as much about his state champs as he does his JV guys. Very humble and a great role model. One of my closest friends to this day.

I think everyone looked up to the Brands brothers and Lincoln McIlravyas kids back then. In HS, David Kjelgaard was on another level. I also remember the Sanderson brothers featured in Sports Illustrated for Kids when they we in grade school. That was pretty cool how that turned out.

Did you wrestle for Moreno? Were you part of the championship team?

Yes, my freshman class was his first year at Clarinda and we won the title that year with a great group of seniors. Damian Moses, Ryan Isaacson, Dave Wimberly amongst others. I made it to districts that year and got granby rolled in the 3rd period to miss out on qualifying. I have a feeling our team score would’ve been the same at state whether I qualified or not haha.

Did you ever watch Mike Wells in HS? Quite an animal, eh?

I actually was a volunteer assistant his sophomore year and wrestled with Wells everyday. He was fearless and a great competitor. Great on top with arm bars and was a pinner. Crazy how close he was to being a 3x champ.

What do you remember about wrestling Josh Keller from Mepo?

Haha, I know this is a loaded question. We met 1st round of state in 97 and at state duals the following week. Tough kid that just kept coming and wouldn’t quit.

There are several: Yianni, Burroughs, Dake, Taylor, Cox, Lee are all a blast to watch compete. Sadulaev and Chamizo are fun to watch internationally when not wrestling Americans.

David Kjelgaard was the best I ever saw in Iowa.

I think any individual losses sting in the postseason, so none really stand out. From a team standpoint, we had a big lead at Hawkeye 10 tournament when I was a senior and just melted down in the medal matches. Glenwood came back and beat us by a point or two. But we regrouped and had a good run at the state tourney a few weeks later.

I would make sure I went to practice to get better at wrestling and not cutting weight.

Most memorable was probably sectionals my freshman year. I had only been in the lineup a few weeks and pretty sure I had a losing record at the time. I won 1st round and had the top seed, who may have been state ranked in the 2nd round. I hit a throw in the first period and hung on to upset him.

Matt Anderson and Jimmy Rodgers were two of the most accomplished.

Matt Anderson. He and I were good friends through Junior High and High School. I beat him early in the year my senior, his junior year. We wrestled several more times that season and he was relentless each time. I’m not even sure he liked me anymore as a friend after that, lol.

I wrestled some freestyle in the spring/summer.

I think they’d do just fine. Wrestling is wrestling regardless of era. I’d say one thing I’ve noticed is there seem to be a lot more falls now, and i don’t know what that is a byproduct of. I look at dual scores now and regularly see scores like 48-38. We would wrestle teams like Glenwood, Lewis Central, and Winterset and the scores would be like 24-20, with a bunch of tough kids in both lineups. Just doesn’t seem as common now.

No, I was done after HS.

I was probably best on my feet. Good double leg, low single. No one was afraid to go underneath me, but I was solid in all positions.

I played football and a lot of N64/PlayStation back in the day.

Oh yeah. Isaacson, Dan Casey, Brad Honnold, Pat Gregory were all guys I scrapped with in the room who were around my weight. Justin Riddle was smaller, but a great leader in the room.

Mainly raising my 2 young girls now. I used to be a lot more fun. I do play some fantasy football and FanDuel. We like to binge watch TV and travel when the kids allow us.

I can’t say enough about the impact it has had. It makes a person so mentally tough and helps you to handle and bounce back from a challenge or setback and move forward. I have a great network of friends that I wouldn’t have otherwise without the sport.

I live in the Dallas, TX area with my wife and 2 girls. I’ve been in insurance sales for about 16 years and currently work for Distinguished Programs out of NYC as a Sales Executive.

I really dig it. It’s easy for me to go down a rabbit hole watching and reliving the matches you’ve been posting. I love to look at old state and NCAA brackets to see how they played out.

I am just a fan at this point. I think I’ve been to the NCAA tournament almost every year since 1999, with only a couple misses. I watch a lot of international freestyle as well.

Ask questions and listen. Make the most out of your practice time.

No chance unless we can do 15 second periods.

In addition to some of the guys I’ve already named, Brent Jennings, Aaron Davidshofer, Paul Honnold, Jeff Bevins, Aaron McClain, Curt Dow all had lasting impacts as coaches. Kristi Moreno has been a wrestling mom to hundreds of us over the years and seen more matches than most who have competed. My parents and all the others for their support (time and financial).

I’m sure some reading this will remember the flooding of the Rodeway Inn after the state finals in 95. I think I was trying to sleep on the floor in about 2 inches of water.

For trivia, none really about myself. However, my friends always looked to me as the wrestling almanac to remember matches, opponents, or stats. I’m still that way, to an extent.