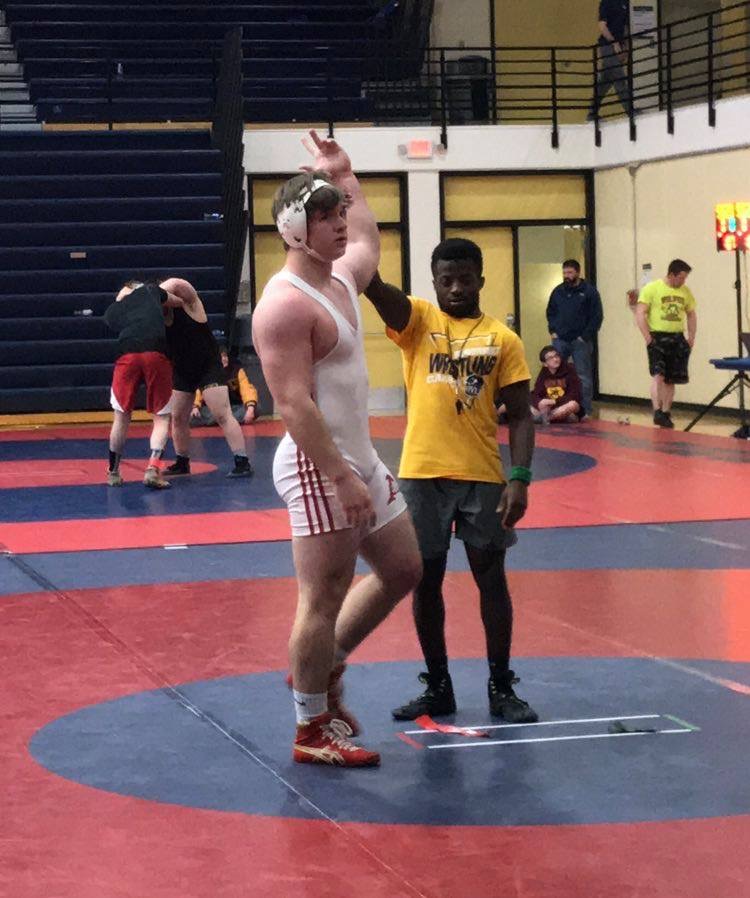 So… Dustin Andreasen of Audubon. Rings a bell for many of you, I’m sure. He recently committed to Graceland University to wrestle and will likely be competing at 197 lbs.

To start, I admit, I am terrible with the current events sometimes in terms of who is committing where or who is doing what or whatever. IAWrestle and The Predicament are great at doing that. I figure, what’s the need when 2 other outlets are already doing a good job with it? So I don’t know if I’ll get better with reporting this stuff, or not.

With that said, if you want to break any of this kind of news like this, I’ll gladly do it for ya!

I do have the gossip with a few communities, though. One of them is Graceland University with my brothers going there.  They just landed a guy who was in the ’18 Iowa HS class and that half of the people reading this who weren’t familiar with this grade before HS, will ask, “who the heck is that?” However, the readers who followed that age group when they were in youth/JH’s line of thinking may very likely be, “Dustin Andreasen?!?! I haven’t heard that name in a long time. I wondered what happened to him! He was one of the best in the grade growing up!” In fact, that was almost word for word how Peggy Hollinshead-Sams (Drew’s mom) responded a couple months ago and she knows her stuff, probably moreso than any wrestling mom I’ve ever met, no joke. Which is saying a lot, for knowledgeable wrestling mom’s are really, very knowledgable with stats.

To answer the question that people who followed this grade before HS, Dustin didn’t go away. He just had some terrible, terrible luck with untimely injuries in HS which led to an unfulfilled career when compared to his crazy potential.

Dustin was one of the most consistent, best wrestlers in the 2018 graduating class in grades 1-8. He was a perennial placer at state and even won, I believe a total of 3-4 state championships in youth. I know he won Grade School State and he beat my brother Brennan in the finals at Greco State when they were 6th graders. I believe he won USA State 1-2 times as well. Always placed 3rd-5th at AAU. He was very respected in the youth scene by pretty much everyone knew who he was. He was Billy Higgins’s silent, Arnold Schwarzenegger-looking sidekick. Higgins was a 2-3 time state champ from Omaha-Skutt, but like Thomas Gilman, he’s from Council Bluffs. Those two were practice partners for years and that’s when Dustin was at his peak.. when he regularly attended Golden Eagles practice to work out with Billy, Gabe Pauley and Anthony Sherry. And since the kid was a 1st grader, he looked like Arnold Schwarzenegger’s “Minime.” Built like a tank. 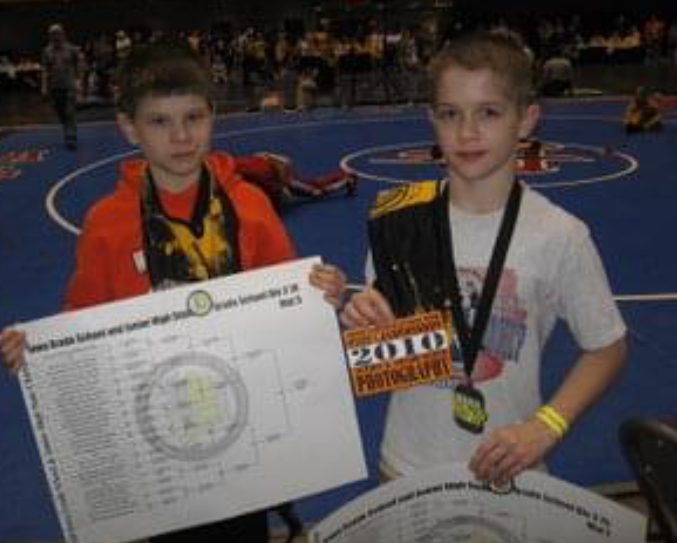 Brennan Swafford and Dustin Andreasen, both of Graceland University. This is immediately after they both won Grade School State.

So Dustin had a solid career every year during the regular season, but had a few freak injuries, all that happened the last 2-3 weeks of the year. Types of injuries where you can’t move your arm. He also didn’t have many kids to push him in practice in comparison to when he was at Golden Eagles, which slowed down in JH. That also hurt. I do not make these claims if I don’t think I can back it up… But I know how good Dustin has always been and I know that when he is healthy, he is still one of the more formidable guys in that class, regardless of results in HS. With that said, he is one of the best wrestlers ever, that I know of to not qualify for state in HS. If he buys in, this kid could be a crazy story by the time he’s done…one that reflects shortcomings from HS being more than reciprocated for in college.  The potential is there. A huge sleeper recruit.

And get this…a few weeks ago, without any preparation or practice, he went to an Open Tourney at Buena Vista and this is how he did: 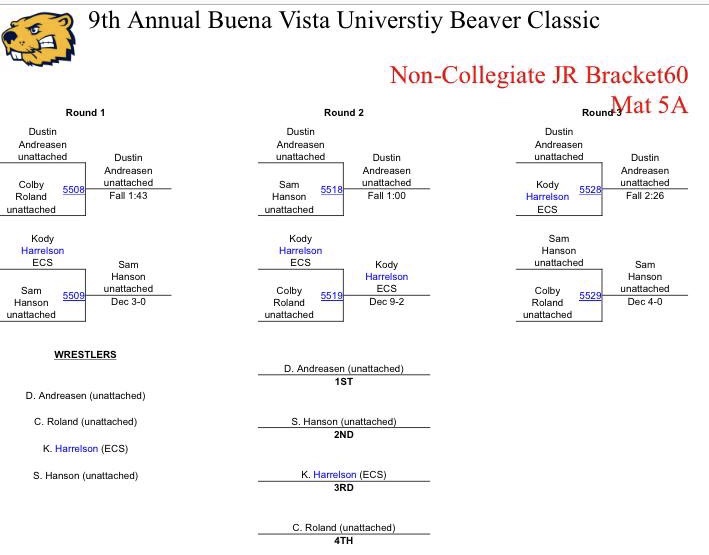 The kid can roll. Don’t call it a comeback, Dustin Andreasen has been here for years. And he is, by all accounts, completely healed from his HS injuries. He’s ready to go again!!!

Next post: The NAIA Weighs In: Shea Swafford, Mediapolis/Graceland University