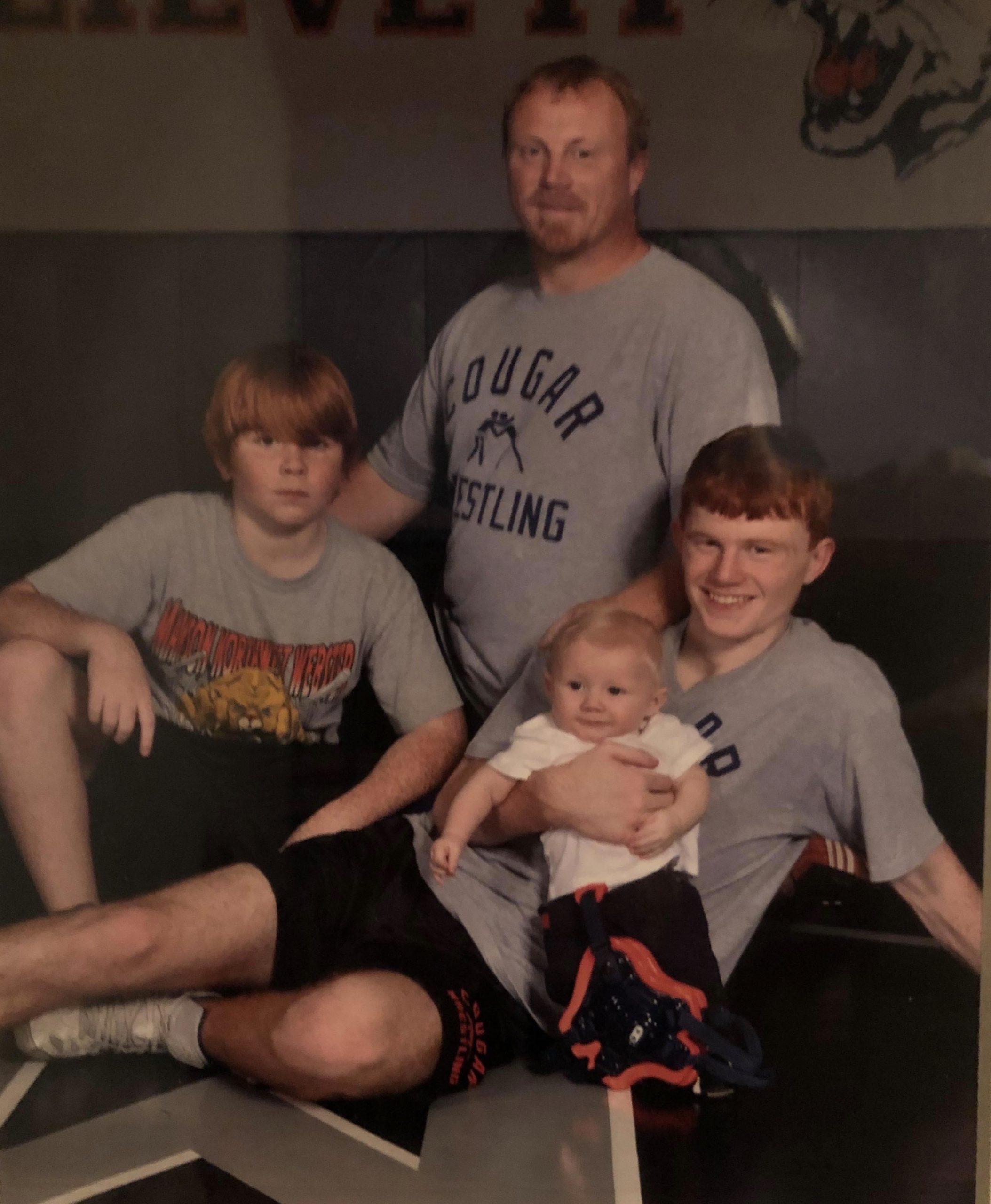 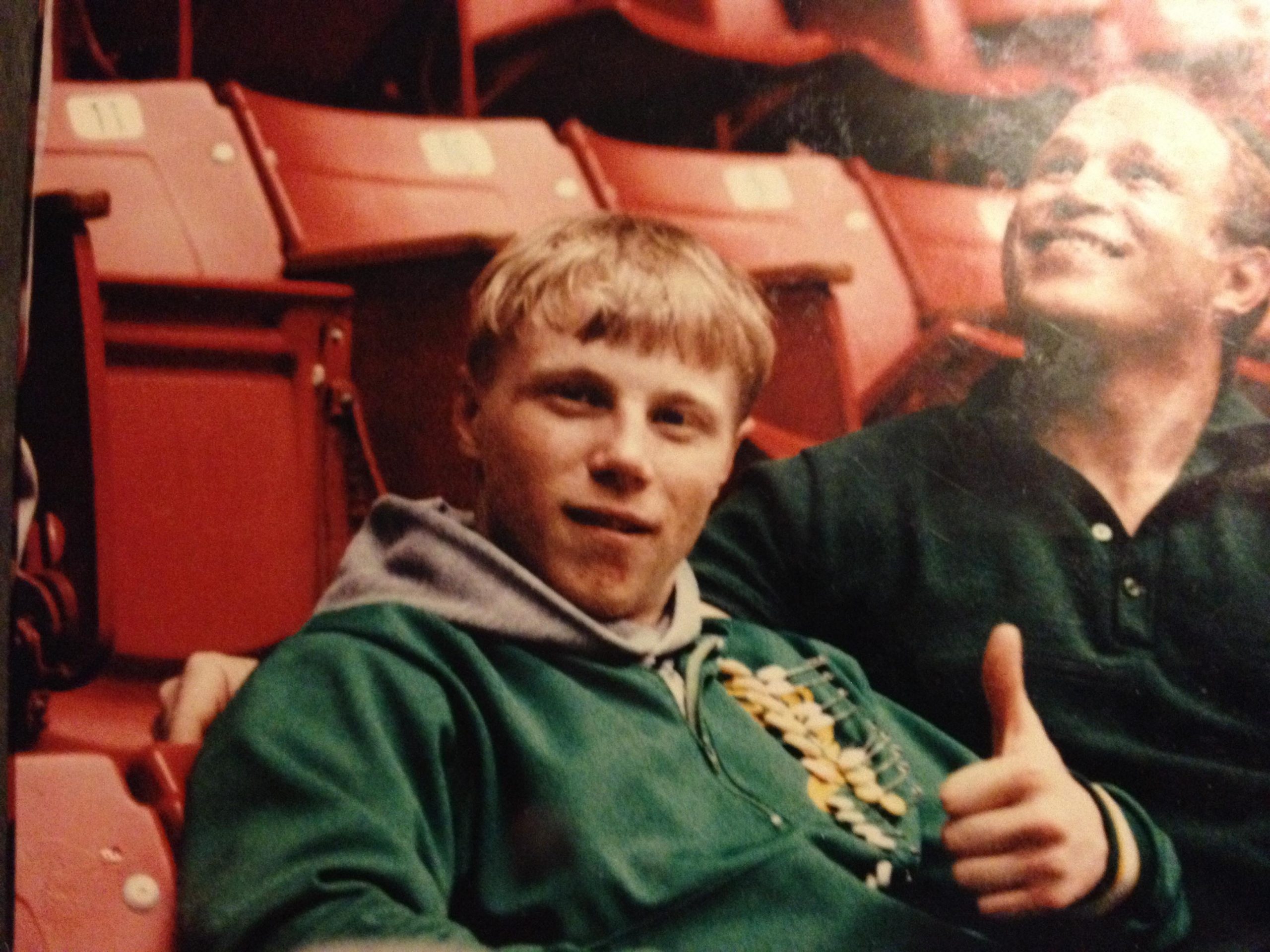 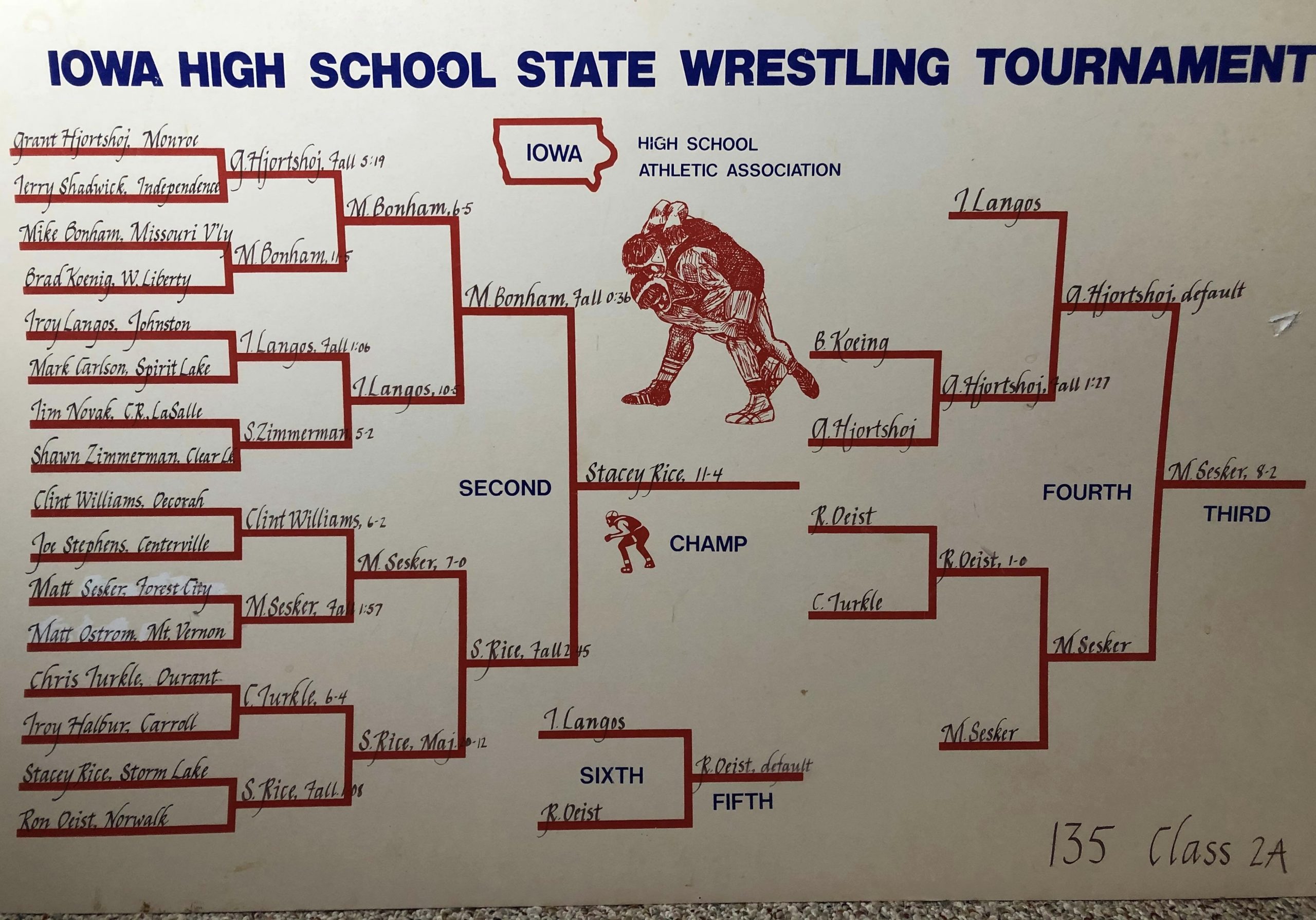 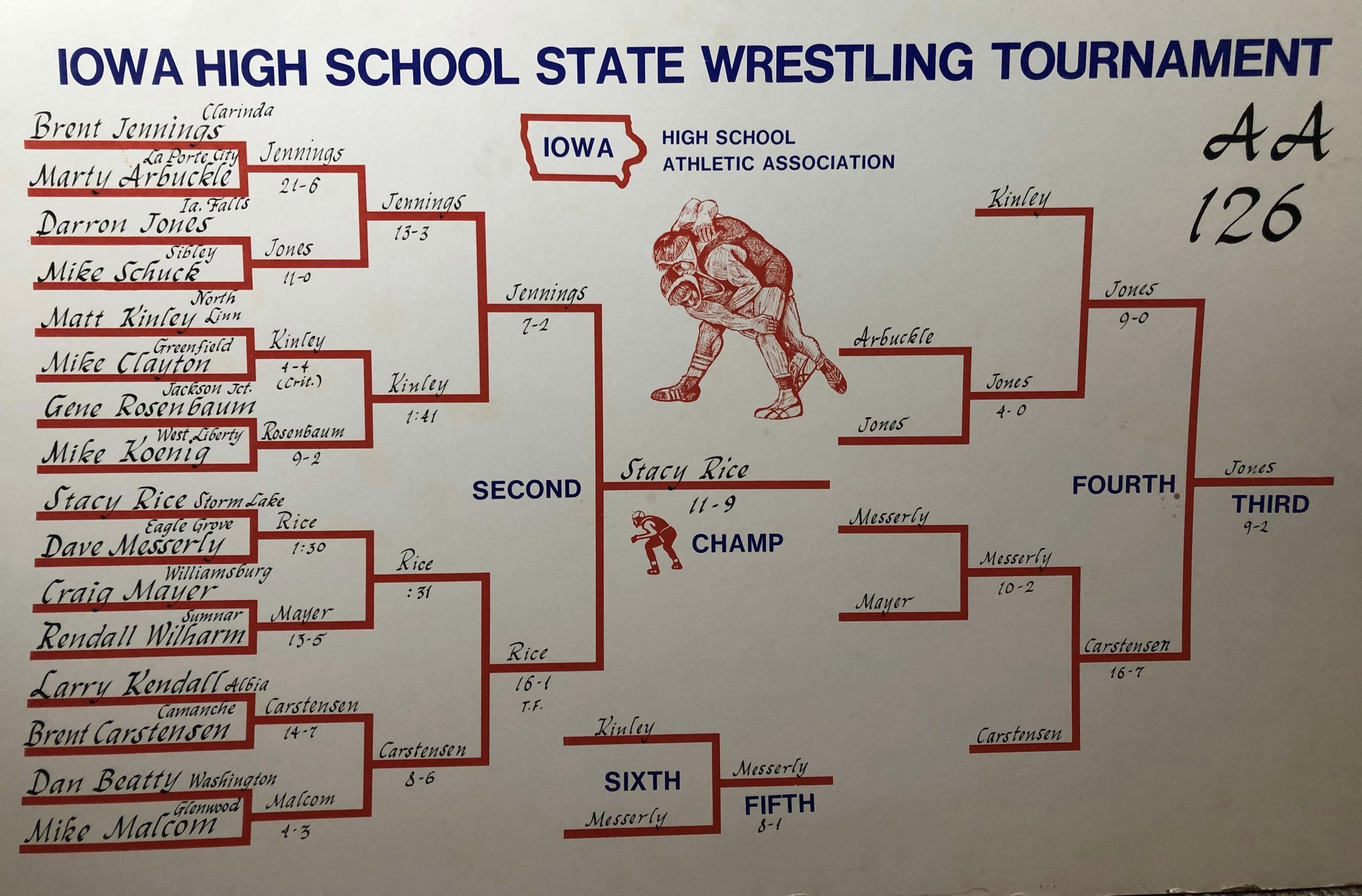 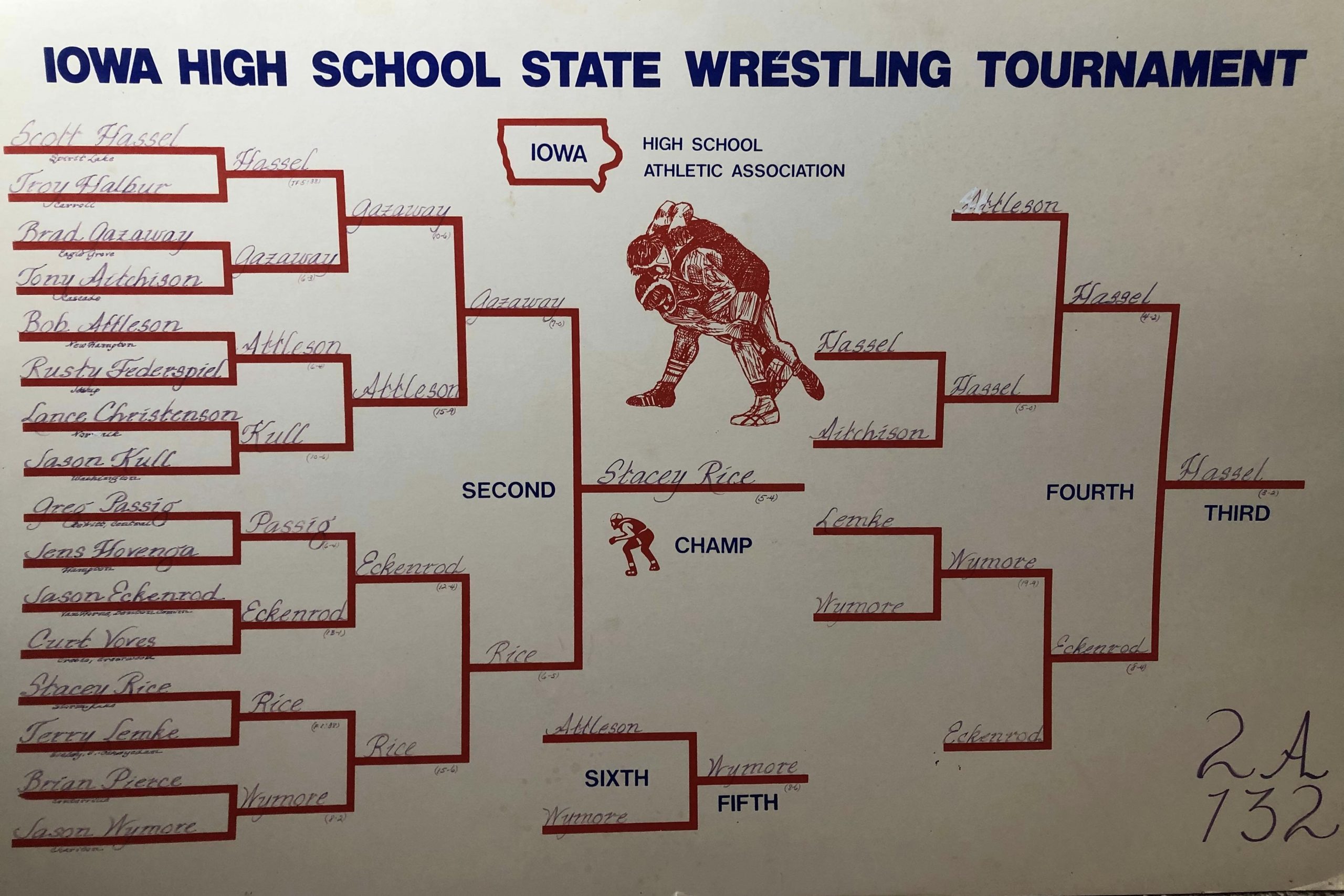 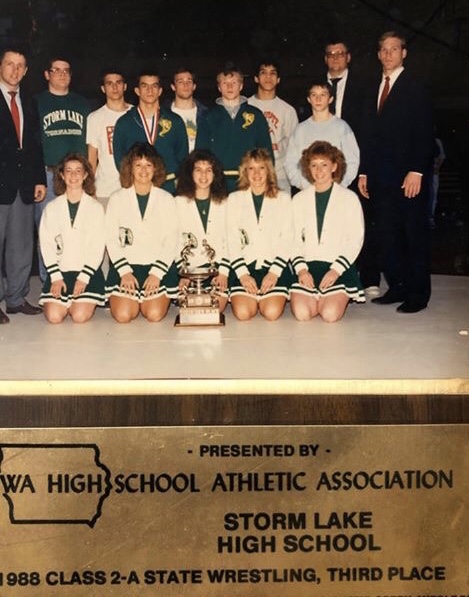 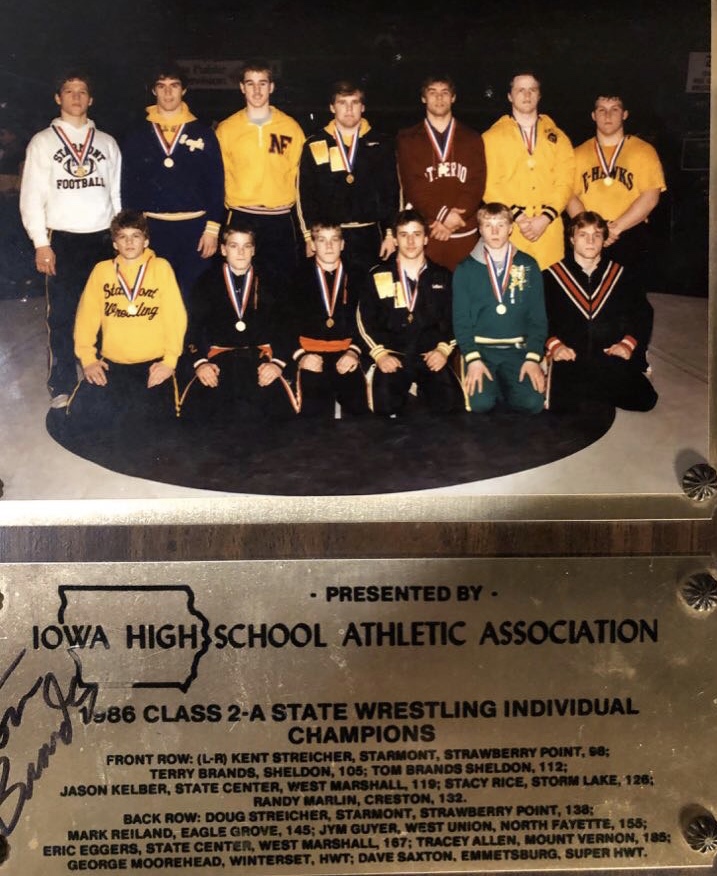 I don’t know Stacey personally and I’m getting to the point where a lot more of these will be on people I don’t know personally. I am pm’ing a lot of people I have never met before, which baffles me, for when I was a little kid, I was painfully shy. Not sure when I got over that, but I did! Which is nice because now we aren’t limited to doing these articles on JUST people that I know personally.

I posted Stacey’s state finals highlight and saw that there were a lot of people sharing/commenting on his clip, so I randomly decided to ask him to do one of these, in which lucky for all of us, he agreed to! It’s nice to be able to write one of these for someone from that era (80’s) as well as that geographic region (NW), which is the exact opposite of where I am from, which makes things more difficult for me to come by since I don’t know as many people from that area… But expect more, both from NW Iowa and the 80’s era!

EDIT: After formatting his questionnaire, I noticed that his sons, Payton and Chance were both wrestlers who I am very familiar with, most notably, Chance.  Chance was in my youngest brother, Brennan’s bracket at state when they were Seniors and he was one of the kids that we scouted the most, for his stats were so impressive.  He didn’t have the tournament that he presumably would have liked to that week, but he was just a missed flurry or two away from winning both the matches he lost.  I know that bracket like the back of my hand… Chance Rice was one of the best kids in that bracket.  I had no idea who his dad was! Cool stuff…

My dad was a state champion wrestler in MN and cultivated my love for wrestling.

Rivals that come to mind:

Losing my 10th grade year was probably a good thing….It made me sit down and re-evaluate my goals and what I needed to do to be successful.

My 2 losses…..I didn’t have a chance at revenge since they were both seniors and happened as a 10th grader.

Easily my dad, but loved wrestling for Coach Keven Besch and Rick Dawson

Storm Lake hadn’t won a dual in 5 yrs until my 9th grade year. It was awesome being a part of the turn around for Storm Lake wrestling….by my 11th & 12th grade years we placed 3rd at state as a team both years.

Not sure I could narrow that down to 1 wrestler…a lot of great wrestlers have come through Iowa.

Avila from Lisbon is very talented and fun to watch wrestle.

My 1st HS loss was pretty upsetting and honestly led to my 2nd loss. But both loses probably helped me correct issues with my nutrition/diet.

Shoulder injury my senior year of HS and re-injury my freshman year of college. Basically ended my career.

Winning State as a freshman at 126lbs

I do believe guys from my day would stack up well with today’s generation.

What are your favorite hobbies other then wrestling?

Wrestling has been a huge part of my life…competitively and as a coach. Nothing better then helping young men reach their goals.

Goal setting, drive to achieve and the mental toughness to overcome adversity

Set your goals high and be willing to commit 100% at making your dreams a reality. I’ve always lived by what you can Conceive in your mind, Believe in your heart, you can achieve!

All the places/wrestlers that have been such a huge part of my wrestling life…Storm Lake, Alta, Sioux Central, Manson-Northwest Webster, Saydel, Colfax-Mingo and most recently the West-Bend-Mallard Wolverines!

Next post: 1975 Class 3A Individual and Team State Champs and Completed Brackets