Dear Wrestling Fans: Please Stop Booing PEOPLE You Don’t Know When They Are Trying to Wrestle, From a Recovering Boo-bird

“You should eliminate the labels that you’ve given us. And the names that you call us. All you people who said we were thugs…viscous. When you are winning, you are gonna affect someone’s emotions.”

To start, I am not gonna blast the fans/squads who acted hateful this weekend, but I am a Graceland guy and they are cool to Grand View and to be honest, the entire Heart Conference was ok to them… probably because they’ve had the chance to get to know them, so they know first hand that Grand View people don’t deserve to be literally hated. Coach Dana Vote had his Doane guys in line as well. They were fine.

So Joshua Portillo aka the man who does the D1 rankings for us as well as other posts regarding varying levels of wrestling for this site and is currently ranked #1 in D2, in which he competes at this coming weekend wrote a heart-strings tugging tribute to his twin brother, Justin Portillo who placed 2nd at NAIA Nationals this weekend. It hit me right in the feels and I doubt I’m the only one. This sport can expose the raw nerves of a person’s soul. 😢❤️

Joshua was pretty torn up, not only by the fact that his twin brother fell just shy of achieving his goal, but because people booed Justin and the rest of the Grand View squad that exceeded anything that should be considered remotely acceptable. The Grand View “hate” is now literal.  People actually hate Grand View. They aren’t just annoyed, they hate them.  You can hear it. You can feel it.

And I understand it. Don’t get me wrong, it NEEDS to stop, but I’ve been there. I have booed people. I have hated on people. I am not going to act all holier than thou, ever.  I have had my obnoxious moments, but a few encounters later on with people I have booed has resulted in feelings of regret for me… Please follow along with me on this, especially if you are a boo-bird because I don’t ever want you to feel the regret that I do for acting hateful.

Hate-induced booing does not solve anything. It is essentially pointless.  Especially if you are booing someone just because they are part of something that is good. It certainly doesn’t help the people being booed.  How do you think it feels, trying to compete for something you’ve worked just as hard as anyone for and while you are trying to do so, you hear the crowd’s gestures of hatred towards you.  Probably kind of distracting. Because it hurts. No one wants people to hate them… And spare me with this whole, “oh you just got to be mentally tough and ignore it” hogwash.  You can’t ignore that if you have feelings. And a person should never be encouraged to detach themselves from their feelings. Wear them with pride, for your feelings are what separate us as humans from the rest of the animal kingdom.  Don’t deny them. That’s silly.  A person shouldn’t have to deal with being booed in excessive, hateful fashion as Grand View was at the NAIA National Tournament. It was way out of hand.

This sort of behavior only causes hurt. And that goes for the boo-birds as well. And do you know how I know that? Because I have been bad about it myself in the past and have later on been humbled when I actually got the chance to meet the people I booed before even meeting them.

One guy I booed was Topher Carton when he moved to Assumption. Assumption was my high school’s rival and it pissed me off that we could never beat those guys and on years where it looked like we might, boom…a Topher Carton steps on campus.  Topher has coached my brothers at club practices and camps and has been friendly as hell to me. I totally regret booing him.

Wait until you read about who else I booed before ever even meeting them.,.

All the Grand View guys were booed obnoxiously for their finals matches… You have guys like the Portillo twins who have tons of fans because they are cool people. They are a couple of the nicest people you will meet, but they have dealt with more abrasiveness from fans than I have seen because they are winners. Justin is one of the most respectful wrestlers you’ll encounter and really, every wrestler from there that I have met has been the same way. And I’ve met several.  All polite, all respectful. But they are booed because they are Grand View….and they have been perennial winners and because of that, their hard work they put in throughout the season makes some people deem it justified to boo them angrily. ANGRILY…This  isn’t just “playful bickering booing.” No, these guys are being booed in a manner that reflects real hatred. I bet some of these people seriously have tendencies of losing sleep at night because they are so busy in their minds obsessing about and hating Grand View.  It’s sad.

I heard someone “hating” on legendary NAIA Coach Nick Mitchell because they thought he over-celebrated his first National Champ of the weekend’s (Renaldo Spencer-Rodriguez) win. Apparently, since Grand View has become perennial winners, he’s not allowed to be excited for his wrestlers. People are now nit-picking reasons to hate Grand View. It is unhealthy, hurtful and to reiterate, nothing is gained on either side. Nick Mitchell to the NAIA is Dan Gable to D1 wrestling. No joke, the results speak for themselves. I never heard of Dan Gable being treated as poorly as I’ve witnessed Mitchell and company treated over the years. These Grand View people are in my experiences, good people, with real feelings and are being shown real hatred by real people who don’t know them.

If you are picking up a vibe that I am lecturing down from my imaginary high horse about this in “holier than thou” fashion, then well…let me prove you wrong on that.

The Portillo twins haven’t only experienced fan hate at Grand View…they moved into Iowa as Sophomores to a program that was on the rise, Clarion-Goldfield. The moment they moved to Iowa, the forums were launching cyber missiles at them, they were booed, they were rooted against, they were treated disrespectfully. There were a variety of reasons why people felt the unnecessary need to do this. For one, they were jealous of the success CGD was reaching and wanted to point at them for recruiting. Secondly, they weren’t “Iowa guys” since they weren’t “raised in Iowa.” Pretty sure Iowa would be thrilled to claim them now. And lastly, they came in and immediately had a rivalry with a couple of fan favorites and guys who my brothers worked out with for years…the West twins, Drew and Bryce. How do I know so much about this Portillo hate when they first moved here? Because I did it myself. And I regret it whole-heartedly. I remember after Drew beat Justin, I created a tweet or a facebook post or something that said this:

MY REACTION TO DREW WEST DEFEATING JUSTIN PORTILLO IN THE FINALS: 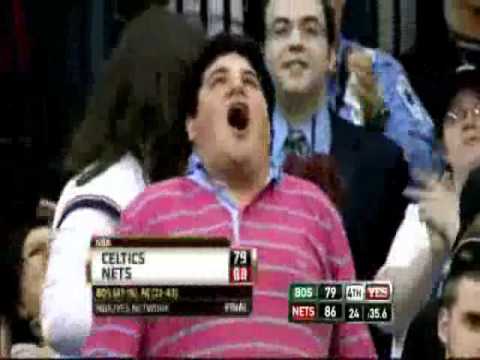 Justin’s heart was broken and I posted something like that without even knowing him. I can’t believe I didn’t realize how ignorant that was. And why? Because they are wrestling our friends, the West’s? Well we didn’t boo anyone else the West twins were wrestling. I mean, can you blame the Portillo parents for wanting to improve their  sons’ lives and futures? HELL NO!

So here I am, trying my ass off to find success in the wrestling media world as well as growing the sport and guess who has dedicated hours and hours and hours of their own time to help me? Joshua and Justin Portillo. If this site ends up succeeding some day… it wouldn’t have been accomplished without them. They are a couple of the best people I’ve ever met…and I was on their hate-wagon before meeting them. And I’m just going to be honest…the site is new and we are working on sponsorship and will get that set up in the near future, but these guys have been loyal to me AND I HAVE NOTHING TO OFFER THEM!!! I CAN’T PAY THEM YET! I HAVEN’T MADE A DIME FOR ANY OF THIS….yet. They have helped me because they believe in my vision and are loyal…and apparently very forgiving people. You know how inspiring it is having someone have your back because they believe in something that you are passionate about? I haven’t experienced it much in life and you certainly can’t buy that. If I were those two guys, I would have some harsh feelings towards this area because of how they’ve been treated. PEOPLE STOP BOOING THESE GUYS!!! STOP BOOING ANYONE YOU DON’T KNOW!!! You never know when you will be doing this to a person who has a kind soul and would make personal sacrifices to help you out some day. And when that happens, trust me, you’ll want to crawl in a hole. And Joshua has told me that the experience has scarred him. It hurts people. Good people.

And if you do boo, please take this to heart and give it consideration. I changed my ways with this because I had to admit to myself that I was wrong.  There is nothing wrong with doing that if it’s done with intentions of improving a flaw. Reconsider your booing habits, for I guarantee you will be glad you did down the road.

It doesn’t need to be this way and it definitely shouldn’t. We are the wrestling community and are better than that.