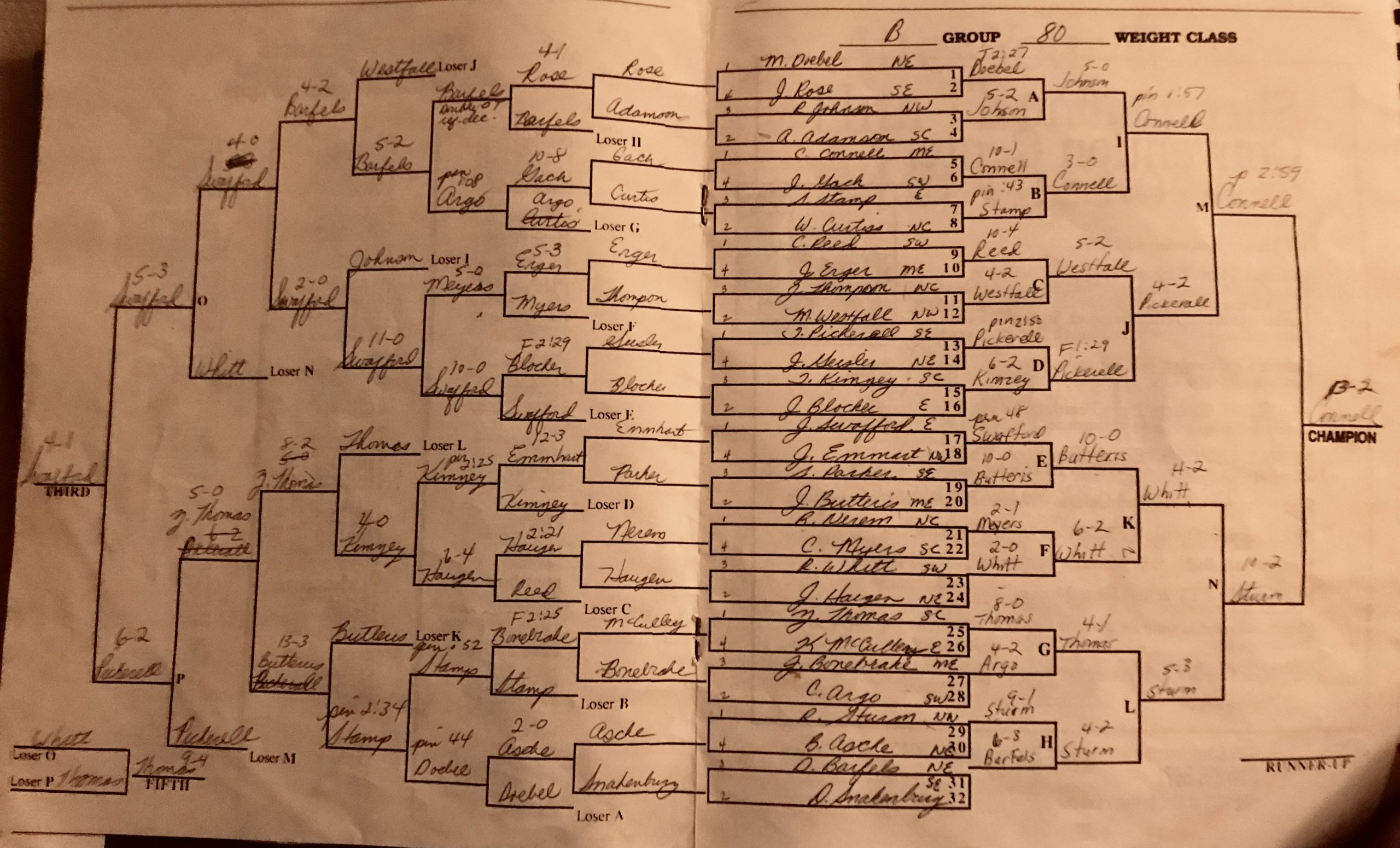 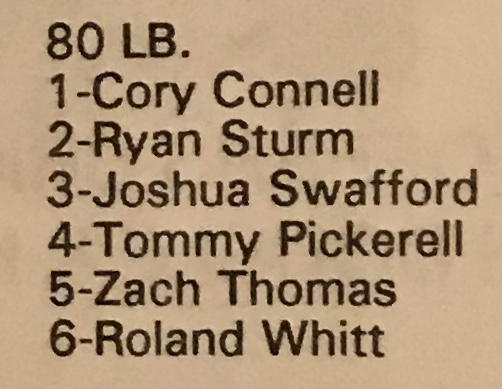 * 5th grade for me. Had about 50 matches that season… lost twice in two CLOSE matches… lost 10-0 to Butteris second round here and was pinned in 45 seconds by Cory Connell (who won this bracket) first tournament of the year. Seemed like he did that to a lot of people!!!

* On the left of everyone’s name is a number, 1-4…this is what they placed at districts. There is also a letter or two by their names. My 3rd grade year, they included the district placings in the book and they stopped doing that after that one year, which pissed me off eternally, so every year I either plugged these in manually or cracked the code for my bracket so I could see what everyone placed at districts. Lol, I wonder if any other kids did that… 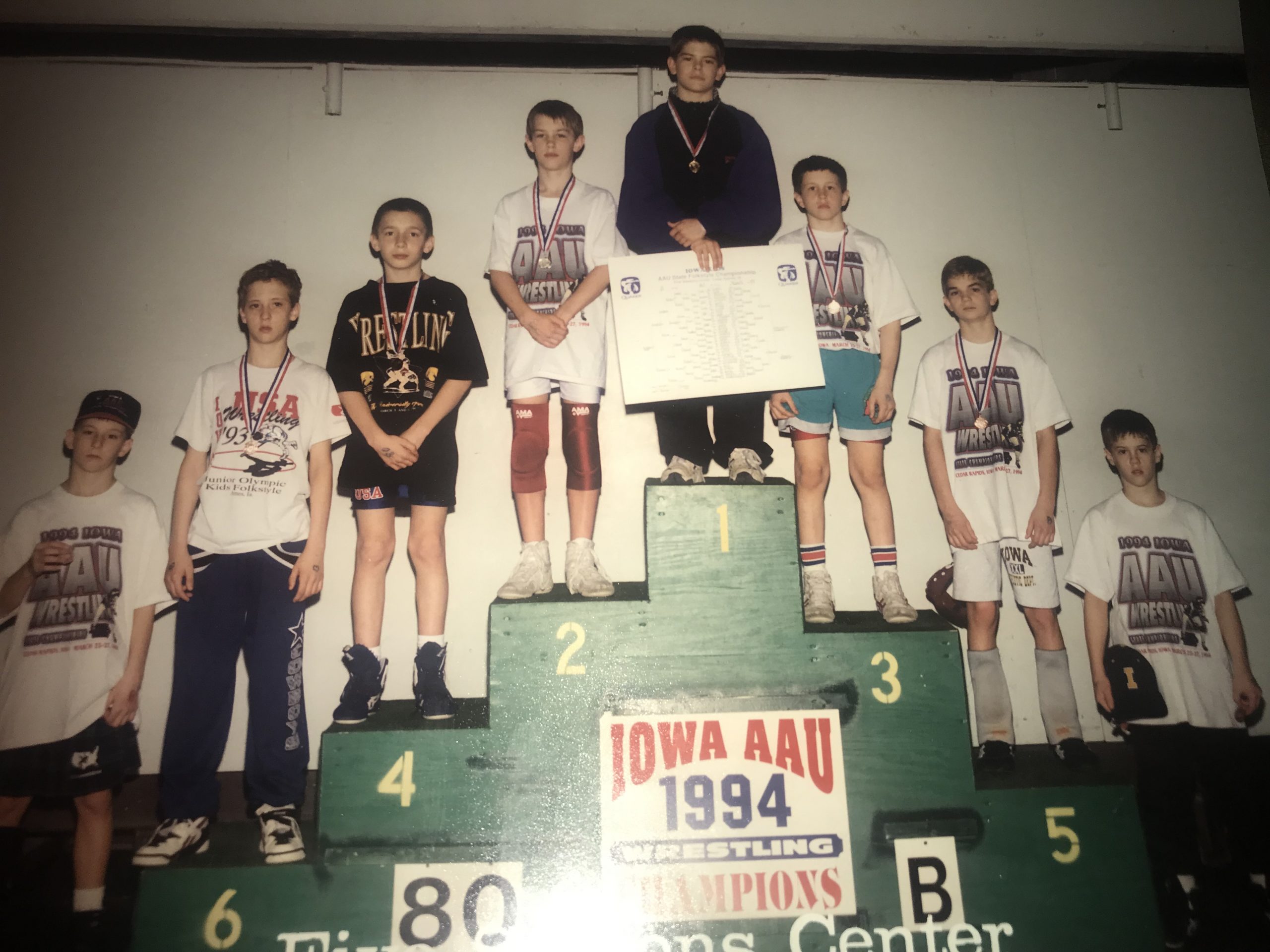